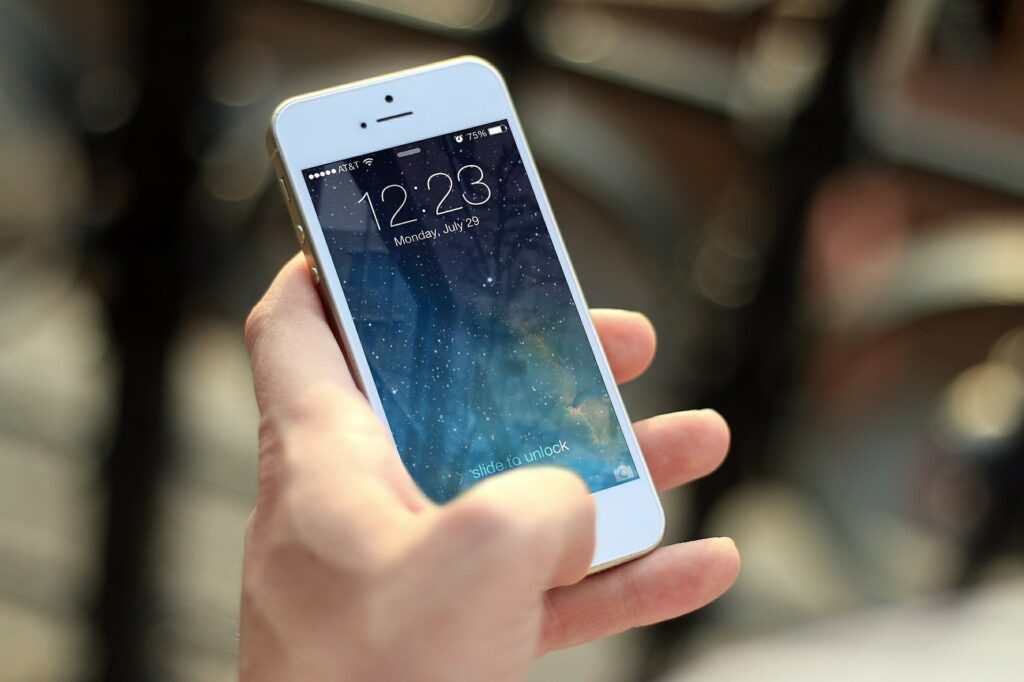 Ruth Gauweiler owes her job at AT&T to a lobster named Larry. Ruth is a specialist for AT&T’s global network operations, and it’s her responsibility to keep the company from worrying that something bit will overwhelm the network. That’s a significant issue, because in the average 24-hour day, some 440 million calls travel over AT&T’s network. Thus, if something happens to cause a spike in usage, the network could experience an overload. If they know about these spikes in advance, however, they can make room for the extra calls or even bring in extra equipment. And Ruth’s job is to make sure they know.

But as I said, it all started with Larry the Lobster. Back in April 1982, on TV’s Saturday Night Live, comedian Eddie Murphy held aloft a live lobster he’d named Larry and declared that the show’s audience would determine whether the creature lived or died. Murphy then gave two phone numbers, one for those who wanted to spare Larry, and another for those who wanted to see him boiled. In the span of 30 minutes, viewers made nearly a half-million calls, which sent phone traffic soaring and perplexed AT&T employees, who only later found out what was going on. Larry, by the way, was spared by about 12,000 ballots.

The lobster event, fortunately, did not shut down the phone network, but it left AT&T managers uneasy about what could have happened. And it wasn’t just sudden increases they worried about. Unexpected drops in phone calling area problem, too, because the company doesn’t know immediately if the decrease is an outage or simply some outside even pulling people away from the phones. In October 1995, for example, there was an unexpected plummet in volume that lasted for several minutes. Looking at the news, they figured out that the verdict in the O. J. Simpson murder trial was being announced, and people were hanging up to hear it.

It wasn’t long after the lobster incident that Ruth’s job was created. Her duties include alerting the network bosses to any peaks and valleys in phone usage that can be predicted. To accomplish this, she spends her days trolling the Internet, newspapers and TV news for event announcements, such as the exact time when tickets for the next Madonna concert go on sale. She subscribes to every major sports team’s e-mail newsletter. She has asked the TV networks to give her a heads-up whenever mass-calling events are scheduled-such as the voting for American Idol candidates, which can generate 30 million calls. She even has friends and family on the lookout for events that could affect phone usage. She does whatever she can think of to help the company be ready for mass-calling events.

But, what if there were a heavenly Ruth responsible for looking for times when mass-prayers might be given? What if this Ruth were only responsible to manage the incoming calls that are responses to God’s challenges to serve or to evangelize, or to share in some significant way? How many incoming yes responses do you think there would be? In other words, do God’s challenges and invitations create a mass-calling event in response? Not usually.

Eddie Murphy challenged his audience and got a huge number of call-ins. But, there seems to be no such problem when God issues a challenge. The response is often less than overwhelming. Jesus himself noted that when he said, “The harvest is plentiful but the workers are few” (Matt 9:37). That’s not terribly surprising. Some of the tasks God challenges us to accept are tough. This morning, we want to examine the challenge God gave Jeremiah and challenge ourselves to take up that task.

“The word of the LORD came to me, saying, ‘Before I formed you in the womb I knew you, before you were born I set you apart; I appointed you as a prophet to the nations.’”

The Lord decided before Jeremiah was ever born the work he would do. That’s not at all unusual in God’s history of dealing with mankind. An angel appeared to Samson’s parents announcing his conception and said, “No razor may be used on his head, because the boy is to be a Nazirite, set apart to God from birth, and he will begin the deliverance of Israel from the hands of the Philistines” (Jud. 13:5). About John the Baptist, Gabriel told Zechariah, “He will go on before the Lord, in the spirit and power of Elijah, to turn the hearts of the fathers to their children and the disobedient to the wisdom of the righteous-to make ready a people prepared for the Lord” (Lk 1:17). Concerning his own call, the apostle Paul wrote, “God . . . set me apart from birth and called me by his grace” (Gal 1:15).

Does God not still do the same today? I’m sure some of you must be thinking, “Wait just a minute, Justin. God doesn’t call people to ministry today.” I think, however, it depends on how we use the term “call.” If we speak of a miraculous call in the sense of Jeremiah or Samson or John the Baptist or Paul, I’d wholeheartedly agree. God no longer does such.

Yet, there is a sense in which I’m convinced God does call each of us to ministry. The parable of the talents in Matthew 25 points to the fact that God calls us to ministry. The three servants in that parable were given talents in accordance with their ability. When the master was cursing that lazy servant, he said, “Everyone who has will be given more, and he will have an abundance. Whoever does not have, even what he has will be taken from him” (Mt 25:29). God has given us all talents he expects to be used in his service.

Several years ago, l interviewed with a church and the search committee, headed by the minister I ended up replacing, asked me if I felt called to preach. I quickly replied “Yes” and explained what I meant so that what I believed wouldn’t be confused with what some religious groups teach. I said that God had called me to the ministry by giving me a public speaking ability and by providing many opportunities in my formative years to hone those skills. When it came time to choose a career, I could think of no better way to utilize those honed skills than in a lifetime of service in the church.

What talents do you have that God has given you? Do you have an artistic skill that can be utilized to prepare nice classrooms for Bible teaching? Do you have the ability to help lead the congregation’s singing? Do you have the empathy to sit and listen to someone whose going through a terrible time? Are you willing to use those abilities to further the kingdom of God?

Jeremiah Has an Excuse for God, v. 6

“‘Ah, Sovereign LORD,’ I said, ‘I do not know how to speak; I am only a child.’” It’s interesting that Jeremiah, in refusing the call of God, refers to God as the Sovereign Lord. As Sovereign, God has an absolute right to expect obedience, but in acknowledging that sovereignty Jeremiah refuses to do what God had just told him to do. I wonder if Jeremiah’s use of Sovereign LORD here wasn’t intended to “butter God up” for the let down. In other words, I think Jeremiah was saying, “God, I know you have the right to expect my obedience, but—”

From our limited, human knowledge and experience, you really can’t blame Jeremiah for coming up with an excuse. God came to Jeremiah in the 13th year of King Josiah’s reign, about 626 BC, and appointed the youth “a prophet to the nations.” But those nations were in turmoil. In Jeremiah’s own country, King Josiah was a spiritually upright leader, but he was hampered by the dead weight of his grandfather Manasseh’s 55-year reign. Manasseh had led the nation into idolatry to such a degree that even his late-life conversion to the Lord God was not sufficient to undo the idolatrous habits of the people. As a result, Judah lived under a stern judgment.

And internationally, things were no better. Although the neighboring Assyrians, who had threatened Judah during Manasseh’s reign, were collapsing under the attack of the Babylonians, that nation was quickly filling the power gap. The Egyptians, too, were involved in the struggle, and Judah was often caught in the middle. No wonder Jeremiah declared, “I am only a youth!”

God refused to accept Jeremiah excuse. “Do not say, ‘I am only a child.’ You must go to everyone I send you to and say whatever I command you. Do not be afraid of them, for I am with you and will rescue you” (vv. 7-8). God had plans for Jeremiah and no matter how hard Jeremiah rebelled, God was going to fulfill his purpose in Jeremiah. God reached out and put his words in Jeremiah’s mouth. Jeremiah fulfilled his divine mission-He went to the nations as a prophet, and we have two books of inspired Scripture because Jeremiah followed God’s instructions.

What do you suppose will occur if when we stand before Christ in judgment, we give excuse after excuse as to why we didn’t use the talents and opportunities God gave us? Do you, in your heart of hearts, believe that God will turn the other way if we offer excuse after excuse? God has a long history of not accepting excuses:

Do you really believe God is going to accept your excuse?

God is calling you to service this very morning. Jesus spoke of that call-Matthew 10:37-39. Those are strong words, and no doubt. we could each come up with hundreds of excuses as to why we can’t pick up our cross and follow Jesus.

Jesus doesn’t want those excuses. He wants us to pick up the cross and follow him. Will you answer that call this morning and pick up your cross?