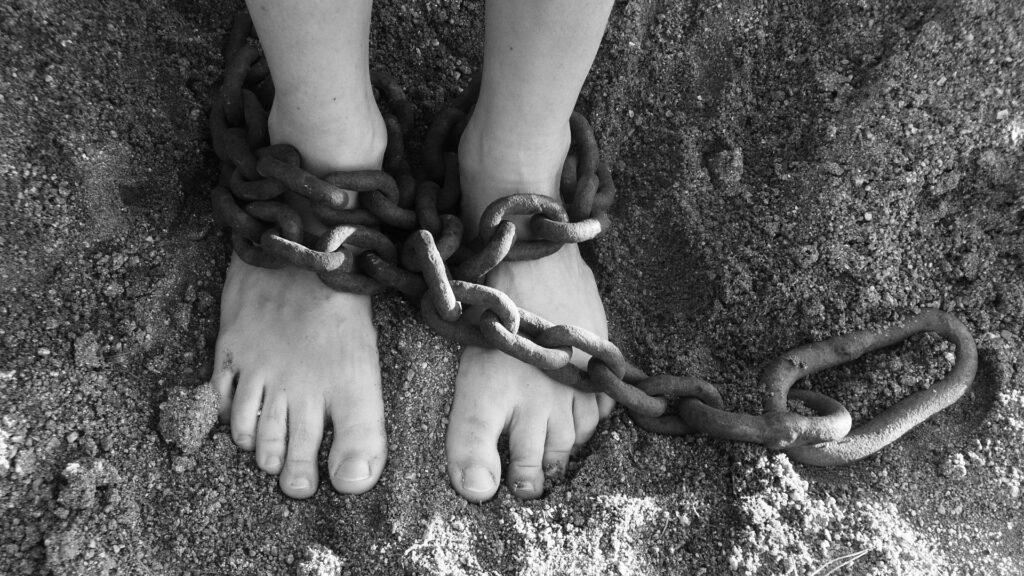 When the Government Persecutes

It seems to me that perilous days lie ahead for the church in this nation. A couple in Idaho own a wedding chapel; they are facing potential jail time for refusing to perform a wedding for same-sex couples. In Houston, some ministers are being forced to hand over sermons. Hobby Lobby was taken to court because the owners did not want to provide drugs that cause abortion. A couple of bakers chose to close their business instead of being forced to prepare a cake for homosexual couples.

Some Christians seem genuinely shocked that Christians are persecuted, and they demand better treatment by the government. I really don’t know how you can be a Christian and be shocked at persecution. Jesus promised persecution roughly two millennia ago. “Remember the word that I said to you, ‘A servant is not greater than his master.’ If they persecuted Me, they will also persecute you” (Jn 15:20). “The time is coming that whoever kills you will think that he offers God service” (Jn 16:2). Paul, himself quite familiar with persecution, told Timothy: “All who desire to live godly in Christ Jesus will suffer persecution” (2 Tim 3:12).

Appealing to rights is very interesting to me. On the one hand, an appeal for “rights” is troubling to me; I fear that some people appeal to their rights because they put trust in the government and not in God. When Daniel was facing death for praying, he didn’t appeal to his God-given right to free worship; he did the right thing and let the chips fall where they may. When Shadrach, Meshach, and Abednego were facing death for refusing to bow down to Nebuchadnezzar’s idol, they told the king that God, not their God-given rights, would deliver them.

On the other hand, it’s perfectly acceptable before God to appeal to our rights: Paul did. When Paul was about to be beaten, he told the centurion that he was a Roman citizen (Acts 22:22-29). When he was before Festus, Paul appealed to Caesar (Acts 25:1-12). Jesus had said that Paul would stand before kings (Acts 9:15), and the Roman government paid for Paul to go to Rome! Don’t you wish we could get governments to pay for missionaries today?! Therefore, it’s perfectly acceptable to appeal to rights, but I believe it must be in the forefront of our consciousness that we hope in God, not the government.

It seems to me that perilous times are ahead for the church in America. How can the church endure in a hostile world? The church will endure, because “God reigns in majesty.”

Since “God reigns in majesty,” there are some things we simply need to understand.

Because “God reigns in majesty,” His people can thrive regardless of the environment.

Some examples: Daniel, Shadrach, Meshach, and Abednego were faithful in a pagan land. The church of our Lord began with 120 people out of all the people on the planet. Paul preached among a plethora of idols in Athens. There was a riot in Ephesus because Demetrius did not want Paul preaching against idols; it was going to be difficult for Demetrius to sell his silver idols of Artemis if everyone accepted Christianity.

Why is that important? Every now and then I hear people concerned about the moral decline of our country. You see places where God is not allowed to be mentioned. You see a kid being suspended because after a fellow student sneezed, she said, “God bless you.”

We, as a society, seem to be falling quite rapidly from a morality that everyone accepted not all that many years ago. That is troubling and upsetting–Yes, I worry about the kind of world my sons and grandchildren will inherit. Yet, I find great comfort in knowing that the church was born in a pagan society and can continue her work regardless of what happens in society.

Because “God reigns in majesty,” His church grows under persecution.

To paraphrase Tertullian, “The blood of the martyrs is the seed of the church.” Justin: “However much such things [persecutions] happen, by so much more many more persons become believers and worshippers through the name of Jesus. It is like someone who cuts off the fruit-bearing parts of a vine with the result that other parts shoot up and produce flourishing and fruitful branches; the same is true with us. For the vine planted by God and Christ the Savior is his people.”

Scripture confirms that to be the truth. Acts 4:1-4. Persecution led to the church’s leaving Jerusalem and going to other parts of the world (Acts 8:1-4).

It might be that many of us need to suffer in order for the church to grow.

Because “God reigns in majesty,” His people do not retaliate when they are persecuted.

Why did the persecution of the early church lead to church growth? Three reasons:

One: The early Christians would share the truth with their captors and when called before magistrates.

People would hear the truth, and many who heard would obey the gospel. It appears that Paul was able to bring some people to Christ through his imprisonments. Philippians 1:12-14. “All the saints greet you, but especially those who are of Caesar’s household” (Phil 4:22). “I appeal to you for my son Onesimus, whom I have begotten while in my chains” (Philem 10).

In the first two centuries of the church, there is not a single example of any Christian retaliating for evil. They, therefore, demonstrated to the world how radically different the truth is from the world.

Three: The early Christians preached in times of persecution.

Because Paul was cast into prison, many others started preaching. Philippians 1:15-18. Yes, some were preaching Christ with wrong motives, but the power is in the Word, not in the preacher!

Because “God reigns in majesty,” His people are separated from the chaff in times of persecution.

When Jesus tells the Parable of the Sower, He speaks about seed that is sown on thorny ground. What did Jesus say was the thorny ground represented? Mark 4:16-17. The “bad soil” becomes separate from the rest. Matthew 13:24-30.

Because “God reigns in majesty,” God shall have the final victory.

That is the message of Revelation. The Christians to whom John wrote were facing severe persecution for not worshiping the emperor. God has John write to them so that they would know that the Lamb would overcome. The book begins with persecution (John is exiled on the Isle of Patmos) and ends with a vision of the church victorious. “These will make war with the Lamb, and the Lamb will overcome them, for He is Lord of lords and King of kings; and those who are with Him are called, chosen, and faithful” (Rev 17:14).

Because God will have the final victory, He executes judgment upon those who persecute His people. “It is a righteous thing with God to repay with tribulation those who trouble you” (2 Thess 1:6). “Rejoice over her [Babylon the Great], O heaven, and you holy apostles and prophets, for God has avenged you on her!” (Rev 18:20).

Because “God reigns in majesty,” God shall always have a remnant.

Since the Day of Pentecost, the Lord’s church has always been in existence. There have been, I am convinced, always been those who have been faithful to God. In the churches of Christ, we have spoken about the establishment of the church at Pentecost, the apostasy of the church, and then the Restoration Movement. You know there is a great deal of truth in that statement. As a matter of fact, the house I grew up in is only 21.7 miles from the Cane Ridge Meeting House, where the Restoration Movement began.

However, the Scriptures teach that God always has a faithful remnant. Daniel 2:44. “I have reserved seven thousand in Israel, all whose knees have not bowed to Baal, and every mouth that has not kissed him” (1 Ki 19:18). “At this present time there is a remnant according to the election of grace” (Rom 11:5).

Since “God reigns in majesty,” how should we live? I believe that’s something we need to consider very carefully. There are many people who have already faced some type of persecution for their Christian beliefs. We, therefore, I believe, must consider how we live before we face persecution. We have a few things we must do.

We start with prayer.

If we are persecuted in any way, shape, or form, we must pray. Daniel, who knew he could face death for praying, continued to pray. Daniel didn’t pray for deliverance from persecution; he gave thanks to God (Dan 6:10). Daniel understood the importance of prayer, and he was willing to lay down his life in order to pray.

Jesus taught us to pray in times of trouble. “Love your enemies and pray for those who persecute you” (Matt 5:44, ESV). Notice that Jesus doesn’t teach us in that text to pray about being persecuted. Jesus told us to pray for those who persecute us. He did that from the cross (Lk 23:34). Stephen, the first Christian to die for his faith, prayed that prayer (Acts 7:60). When Jesus predicts the destruction of Jerusalem, He tells His disciples, “Pray that your flight may not be in winter or on the Sabbath” (Matt 24:20). Not exactly persecution, but prayer in the day of trouble. As Jesus Himself was facing death, He prays: “O My Father, if it is possible, let this cup pass from Me; nevertheless, not as I will, but as You will” (Matt 26:39).

When the early church was facing persecution, they prayed. Acts 4:24-31. Notice that they don’t pray for safety; they pray for boldness.

We need to be praying. We may pray that we escape persecution; Jesus Himself prayed to avoid the cross. We also need to pray that continue to do right, regardless of persecution.

We still do right.

Throughout the history of the church, our brethren have needed to go underground to avoid martyrdom. In Acts 8, early Christians left Jerusalem in order to avoid persecution. One of the coolest moments of my life was touring the catacombs in Albania. It was humbling to think about how our brethren had worshiped there to escape persecution.

Some of our brethren smuggle Bibles and other materials into certain parts of the world. There is absolutely nothing wrong in doing what we can to preserve our lives and property. Jesus told the Twelve: “Behold, I send you out as sheep in the midst of wolves. Therefore be wise as serpents and harmless as doves” (Matt 10:16). Because of what Jesus says, there’s no reason to seek persecution.

However, we cannot change truth for anyone. Regardless of what anyone says, we must speak truth. Jesus told Paul: Acts 18:9-10. Paul asked that the Ephesian church pray that he might preach with boldness (Eph 6:18-20).

Regardless of what anyone says, we must practice truth. The church is not a democracy, but Jesus is our King. “We ought to obey God rather than men” (Acts 5:29). Obedience to Jesus is not optional. Without obedience to Him, we cannot be saved. That’s what He Himself said: “Not everyone who says to Me, ‘Lord, Lord,’ shall enter the kingdom of heaven, but he who does the will of My Father in heaven” (Matt 7:21). The wise man is the one who hears Jesus’ teaching and follows Him (Matt 7:24-25). Are you obeying the Lord this very night?