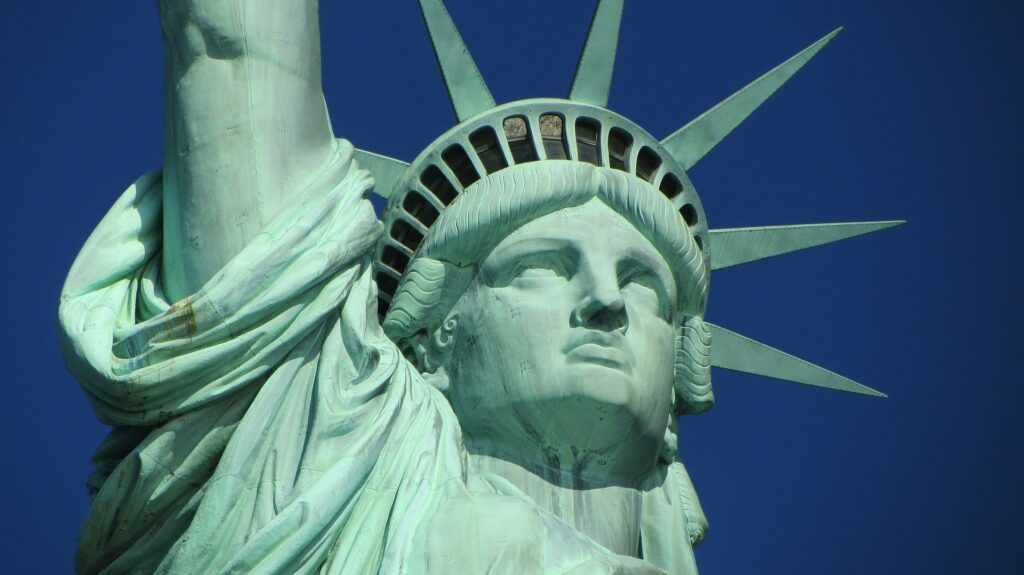 The Moral Decline of America

When I was at camp, Tammy texted to let me know the Supreme Court had ruled in favor of gay marriage in all 50 states. My text back to her was: “Adulterers have had the right to marry in all 50 states for years. What’s the difference?”

Homosexuality is an abomination before God. “If a man lies with a male as with a woman, both of them have committed an abomination; they shall surely be put to death; their blood is upon them” (Lev 20:13). Practicing homosexuals cannot enter the kingdom of God (1 Cor 6:9-11). All of the sexually immoral — homosexual and heterosexual — shall have their part in the lake of fire (Rev 21:8). We often hear that gay marriage would change the moral landscape of our culture. Researchers believe that 3.8 percent of Americans are homosexual. How many of those citizens will enter a homosexual marriage? The only real difference I can see between homosexual cohabitation and homosexual marriage is that the government sanctions the marriage and provides certain rights.

With all due respect, I honestly believe that many heterosexual sins have played a far more serious role in undermining marriage in today’s world. Forty-eight percent of couples now live together before marriage. One reason for that is surely the fact that people marry, divorce, and remarry now so frequently; some folks want to take a “test drive” before they buy. Who wants the mess of going through a divorce when you can live together and move on when it doesn’t work out?

Roughly half of all weddings in a given year occur between partners where at least one has been married before. That number does include those who have been widowed and those who have a biblical right to marry after a divorce. Yet, I would imagine the vast majority of those weddings are immoral according to Matthew 19. Where is the moral outrage with Christians demanding those weddings must be stopped?

Because homosexual marriage is now legal around the country, I hear some lamenting “The Moral Decline of America.” The reasoning is that our nation was once a far more moral place. Really? Tell that to the little slave boy seeing his daddy tied up and beaten. Tell that to the 120,000 Japanese immigrants who were rounded up and sent as cattle to internment camps after Pearl Harbor. Tell that to the exhausted African American lady forced to give up her seat on a bus in Montgomery, Alabama.

I often hear that the Founding Fathers were upright Christians. It would be a stretch to call the first six Presidents Christians: you have a couple Deists, you have some Unitarians, and it’s quite possible that Thomas Jefferson was an atheist (many of his contemporaries thought so). Jefferson wrote John Adams and said, “The day will come when the mystical generation of Jesus, by the supreme being as his father in the womb of a virgin will be classed with the fable of the generation of Minerva in the brain of Jupiter. But we may hope that the dawn of reason and freedom of thought in these United States will do away all this artificial scaffolding, and restore to us the primitive and genuine doctrines of this the most venerated reformer of human errors.”

Because God reigns, saints through the ages have submitted to Him over men. Shadrach, Meshach, and Abednego refused to bow down to Nebuchadnezzar’s idol. Daniel continued his “illegal” devotion to God at the risk of his own life. Because they had seen the Resurrected Lord, the apostles rejoiced in suffering. Understand that heroes of the faith have looked to God when God and government have conflicted. If God delivered them from the pangs of death, he shall do likewise for us. These bodies may be put to death, but God has a home prepared for his people!

Because God reigns, his Word will have the final say. Jesus: “Heaven and earth will pass away, but my words will not pass away” (Matt 24:35). “The grass withers, and the flower falls, but the word of the Lord remains forever” (1 Pet 1:24-25).

God, not the Supreme Court, has the final say on morality. Chief Justice Roger Tanney wrote the majority opinion in the Dred Scott case. He said that blacks were “an inferior order and altogether unfit to associate with the white race.” Granted, that was more than 150 years ago, but with decisions like that, how can we expect the Court to be right all the time? Dred Scott v Sanford is, in my opinion, the most egregious decision the Court has ever handed down, but there are other whoppers completely incompatible with Scripture.

The Word of God, not the word of a Supreme Court, will judge us. Jesus: “The word that I have spoken will judge him on the last day” (Jn 12:48). Revelation 20:12. We must, therefore, be more concerned with what God says than what a jurist in Washington says.

Because God is the King, it is He — and He alone — who raises up and abases kings. “The Most High rules the kingdom of men and gives it to whom he will and sets over it the lowliest of men” (Dan 4:17). Jesus before Pilate: “You would have no authority over me at all unless it had been given you from above” (Jn 19:11). “There is no authority except from God, and those that exist have been instituted by God” (Rom 13:1).

God’s reign greatly conflicts with the psyche of our nation. The Declaration of Independence: “To secure these rights, Governments are instituted among Men, deriving their just powers from the consent of the governed.” Nope. Governments derive their just powers from God. Lincoln’s Gettysburg Address: “We here highly resolve that these dead shall not have died in vain — that this nation, under God, shall have a new birth of freedom — and that government of the people, by the people, for the people, shall not perish from the earth.” With all due respect, Mr. President, that is not true. We do not have a government “of the people;” we have a government ordained by God.

Because God reigns, my citizenship is in heaven. “Our citizenship is in heaven, and from it we await a Savior, the Lord Jesus Christ” (Phil 3:20). This nation is not my home; my home is beyond the skies where God sits upon his throne and where I shall serve Him for an eternity! I must be more concerned about the affairs in that country than in this land where my bodies resides.

Of course, we may make full use of the rights of American citizens. Paul appealed to his Roman citizenship when he was about to be beaten (Acts 22:22-29). I have dear friends who were serving as missionaries in Albania. There was serious political upheaval and it was very unsafe for American citizens to be in that country. Aubrey and Carolyn found safety in the American embassy, and they flew out of the country with the last of the Marines in Albania.

Because God reigns, he will be victorious in the end. “Then comes the end, when he delivers the kingdom to God the Father after destroying every rule and every authority and power. For he must reign until he has put all his enemies under his feet” (1 Cor 15:24-25). “They will make war on the Lamb, and the Lamb will conquer them, for he is Lord of lords and King of kings, and those with him are called and chosen and faithful” (Rev 17:14). We have no reason to despair, for our God reigns, and our God shall win.

Because God reigns, we need to live under his sovereignty. How can we do so?

Because God reigns, we need to spend serious time in prayer.

Pray for our political leaders.

“I urge that supplications, prayers, intercessions, and thanksgivings be made for all people, for kings and all who are in high positions, that we may lead a peaceful and quiet life, godly and dignified in every way” (1 Tim 2:1-2).

In Revelation 8:3-5, you find how powerful prayer is. The saints are suffering persecution from their enemies. They pray, and God sends vengeance upon the enemies of his people.

Pray for our leaders this week: Take the names of the President, his cabinet, members of the Supreme Court, members of the Congress, Governor McAuliffe and other leaders to the throne of God in prayer. Pray for them all at least once a day this week, and then, let them know you’re praying for them. Write Congressman Goodlatte, President Obama, Governor McAuliffe, and all the others so that they know you’re in prayer for them. Contacting elected officials is quite easy these days: You can call their office, you can send email, you can send a letter.

Pray for the church.

In John 17, Jesus prays for the church not long before his crucifixion. Paul said that he had daily pressure because of his “anxiety for all the churches” (2 Cor 11:28). Let us turn anxiety into prayer: Pray that the church may have the courage to endure persecution, pray for elders who will provide an example of Christianity in such times, and pray for preachers who will hold fast the word of life regardless of the consequences.

As Jesus talks about the destruction of Jerusalem, he says, “Pray that your flight may not be in winter or on a Sabbath” (Matt 24:20). We learn a couple important nuggets: It is no sin to get yourself out of harm’s way; and it is perfectly acceptable, not only to pray for yourself, but to pray that you can escape danger.

Because God reigns, we need to be salt and light. Matthew 5:13-16. An election or a Supreme Court decision can change the course of a nation, but salt and light can change the course of eternity. The example you set before others at moments like this can have a huge impact long after the United States is a forgotten footnote in history. Notice Peter’s words in a context of persecution: 1 Peter 2:13-17. God expects us to silence foolish persons through the way we live.

How can we be salt and light in this current political climate? Demonstrate true love to the world; make your marriage one rich in love. Demonstrate compassion to those who are hurting. Demonstrate a willingness to serve every person: straight or gay, black or white.

Regardless of what immoral activity is condoned in America, God still reigns. You look at the first century and you see God on his throne. Paul shared the truth of the Resurrection at the Areopagus before philosophers. The gospel had been preached to all the known world. The paganism and all the other falsehoods did not keep Christianity from spreading.

Maybe it’s time we pray for persecution to come to us. “Indeed, all who desire to live a godly life in Christ Jesus will be persecuted” (2 Tim 3:12). If we’re not suffering persecution, could it be that we aren’t really seeking to live that godly?

Are you following Jesus?