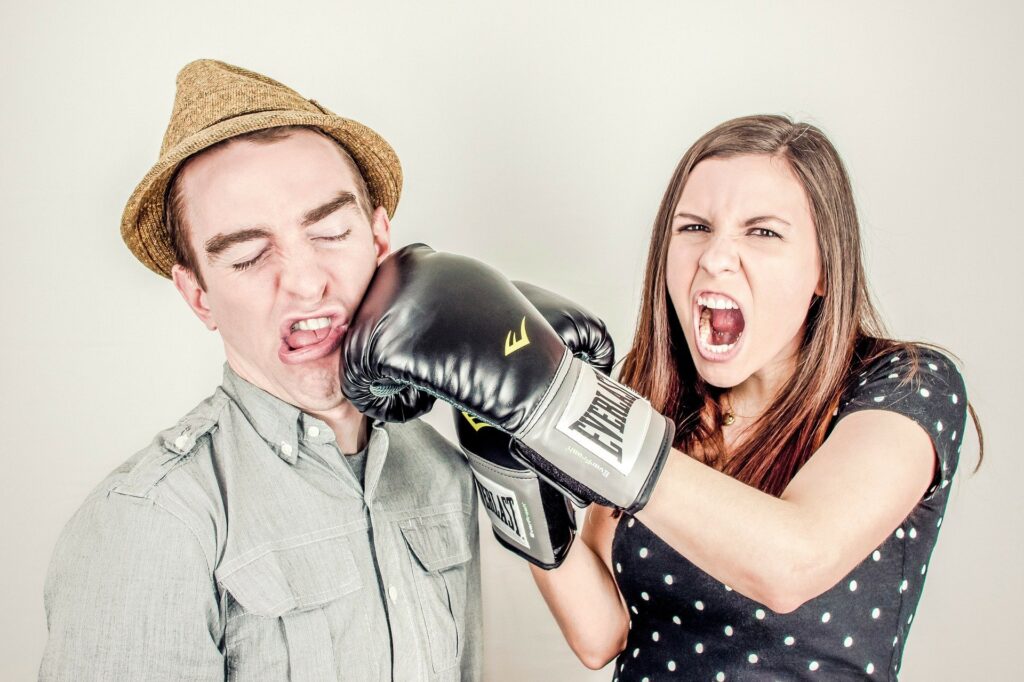 September 11, 2001 shall be remembered for generations-not one of us shall forget where he was when he first heard the news. Jets slammed into the World Trade Center, the Pentagon, and a field in Pennsylvania. Thousands of our fellow citizens lay dead or wounded; our President had to be taken to a secret location so that he would not become a casualty of the war. Our hearts ached as we saw people jumping from the burning towers; as we saw family members, clinging to pictures, looking for their loved one’s name on a list of the survivors. Tears filled our eyes as we heard the strains of “God Bless America.”

As a result of the attack on this nation, we Christians have had some struggles. What is the proper reaction toward those who committed this atrocity? Is it right to retaliate? Is this nation justified in waging war against Afghanistan? This morning, we want to examine these questions, not from our emotions, but from Scripture.

The Christian May Not Retaliate

We may not retaliate for several reasons:

Jesus did not retaliate.

“When he was reviled, did not revile in return; when He suffered, He did not threaten, but committed himself to Him who judges righteously” (1 Pet. 2:23). When Jesus was beaten by the soldiers, he kept silent; when he was before Pilate, he did not threaten; when he went to the cross, he asked God to forgive those who crucified him.

Retaliation places us on the same level as the wrongdoers.

When we retaliate, we are committing the same wrongs that have been performed against us. Christianity means rising above this world and adhering to a higher standard of living than the world lives by.

“Beloved, do not avenge yourselves, but rather give place to wrath; for it is written, ‘Vengeance is Mine, I will repay,’ says the Lord” (Rom. 12:19). Since God is just, God will do what is right. We may not know the best way to execute vengeance, but God does know the best way to do so. God’s vengeance will be far more severe than what we could mete out.

Imagine if everyone in the world attempted to avenge wrongs committed against him. Individuals would be murdered, maimed, robbed, slandered, and the like. There must be some standard of behavior when people live together, and if everyone took matters into his own hands these standards would be seriously eroded.

Far too many Christians spend their days in seeking revenge. If someone embarrasses us, we seek ways to embarrass him; if someone spreads gossip about us, we come up with some story about him. Let us be those who put vengeance aside and rise to the level of Jesus. Are you seeking revenge?

The State May Retaliate

Although the individual Christian cannot seek revenge, the state is authorized to seek revenge.

The question then arises, “May a Christian go to war?”

The commandment “Thou shalt not kill” cannot be absolute, for there were times God commanded killing.

“If a man is found lying with a woman married to a husband, then both of them shall die” (Deut. 22:22). Not only did God command killing as a form of punishment, he approved of war. Abraham, the “Father of the Faithful,” rescued Lot by military action (Gen 14:13-16). In Joshua 6:1-5, God gives Joshua instructions on how to take Jericho by military force—this action resulted in “collateral damage,” the killing of innocent women and children. David is probably best remembered for killing Goliath, the enemy of Israel.

But, what about the New Covenant? Does the New Testament allow a Christian to go to war?

Romans 13:4 teaches that the government has the right to take life. If a Christian is acting under the auspices of the government, he has the right to kill. When Jesus was before Pilate, he said, “If My kingdom were of this world, My servants would fight so that I should not be delivered to the Jews” (Jn. 18:36). Jesus is making the point that his kingdom has little in common with Pilate’s kingdom. And he says that if his kingdom were of this world, he and his servants would wage war. Since Jesus says that if circumstances were different, he’d go to war, war must be acceptable. Why else would Jesus say he’d go to war?

The author of Hebrews praises those who “became valiant in battle, [and] turned to flight the armies of the aliens” (Heb. 11:34).

Soldiers came to John the Baptist to ask what they could show true repentance (Lk. 3:14). John told them, “Do not intimidate anyone or accuse falsely, and be content with your wages.” He did not ten them to quit being soldiers and quit fighting wars. When a centurion, a Roman army commander, came to Jesus to ask for the healing of one of his servants, Jesus said, “I have not found such great faith, not even in Israel!” (Lk. 7:9). Cornelius was a Roman commander, and there is no hint at all that he needed to give up that profession to be a Christian.

Throughout Scripture, the Christian life is compared to a soldier’s life.

Yes, without a doubt, a Christian may go to war, and he may kill in war. We cannot take vengeance in our own hands. The state is to do that. Just because it is acceptable for a Christian to go to war and defend his country does not mean that we want war. I know of no Christian, whether in or out of the military, who desires war. Dwight Eisenhower, a brilliant general said, “I hate war as only a soldier who has lived it can, only as one who has seen its brutality, its stupidity.”

We are all engaged in spiritual warfare: Ephesians 6:12. The question is, “Who is your general—Jesus or Satan?”