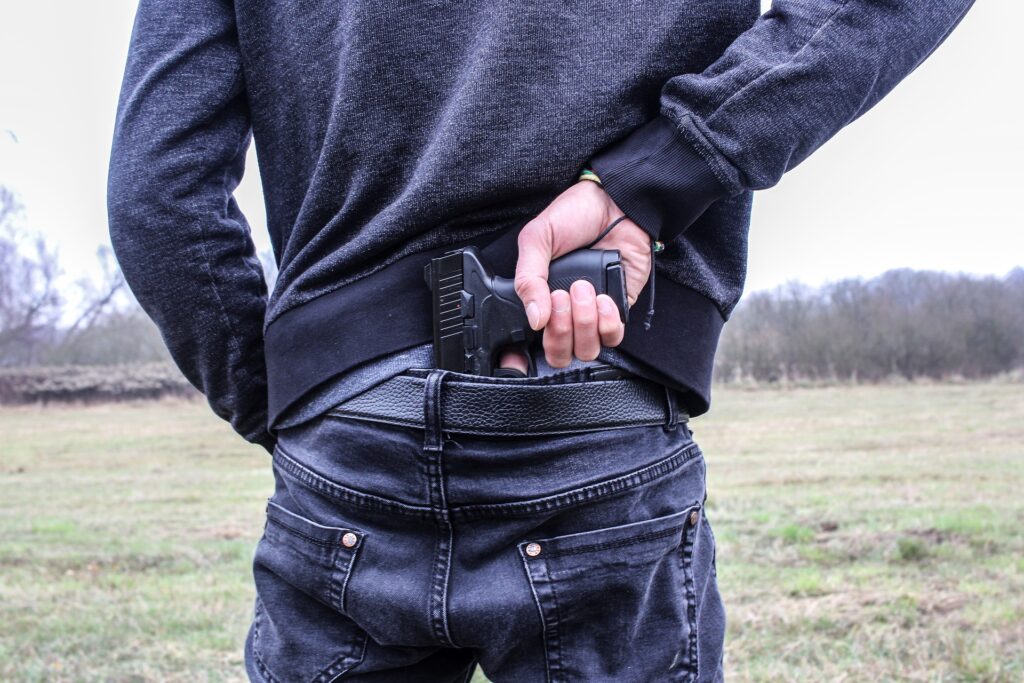 A Culture of Violence

Last Monday was a tragic day in our nation. On the campus of Virginia Tech, a male student went and killed 32 fellow students before killing himself. That event is the single most violent act in American history with a gun.

While the events at Virginia Tech are both tragic and shocking, they are not necessarily unusual. On April 20, 1999 two students-Eric Harris and Dylan Klebold-entered Columbine High School and massacred 12 students and a teacher before killing themselves. On May 18, 1927, a man by the name of Andrew Kehoe, influenced by financial hardships, went and exploded the Bath Township, Michigan School. He had been placing the explosives in the school for at least a year. On the morning of May 18, he killed his wife, blew up his home and farm, blew up the school, and blew up his car in front of the school and 45 people-mostly children-were left dead.

Such events have also occurred on foreign soil. Hitler sought to exterminate the Jews through the concentration camps erected throughout Nazi-occupied Europe during WWII. Saddam Hussein killed some 5,000 Iraqi citizens during the Iran-Iraq War. Tensions between the PLO and Israel have been tense for years and numerous suicide bombers have killed countless individuals. Terrorists attacks in Bali, Madrid, London and elsewhere have slaughtered numerous innocent people.

There has been violence since man was created. When Cain’s sacrificed displeased God, he “said to his brother Abel, ‘Let’s go out to the field. And while they were in the field, Cain attacked his brother Abel and killed him” (Gen 4:8). Moses himself was a murderer: Exodus 2:11-12. Saul attempted to kill David time and time again. Herod had all the male children two years and under killed in the vicinity of Bethlehem after the visit of the magi.

What are we as Christians to do in the face of such violence? Obviously because violence has been a way of life for so many since the Creation, we cannot end violence, no matter how hard we try. It doesn’t seem governments can do much about such violence, either. The violence comes from various sources-whether guns such as at Columbine or Virginia Tech or explosives such as at Oklahoma City or Bath Township, Michigan. Governments have also been involved in much of the violence–Herod, Hitler, Hussein, Stalin, and others. Yet, it seems that there are steps we Christians can take to remove ourselves from violence. What can we, as Christians, do to remove ourselves from violence?

We Can Embrace Nonviolence

Jesus taught that we are to practice nonviolence. Matthew 5:38-42. Jesus, in all likelihood, is using hyperbole, a great exaggeration, here. The blow on the right cheek was the most grievous blow in the ancient world. Jesus likely refers to legal proceedings. The principle of an “eye to an eye” was common in ancient law, and individuals could seek redress for such wrongs. The Old Testament also made such provision (Ex. 21:22-25). Roman law also allowed for prosecution for being hit on the right cheek. Jesus’ point is likely that if someone docs us wrong, we are to take the offense and even another without seeking redress.

Jesus also taught nonviolence and nonretaliation through the way that he died. When Peter cut off the ear of the servant of the high priest, Jesus said, “Put your sword back in its place, for all who draw the sword will die by the sword. Do you think I cannot call on my Father, and he will at once put at my disposal more than twelve legions of angels?” (Matt 26:52-53). As Jesus was dying, he said, “Father, forgive them, for they do not know what they are doing” (Lk 23:34).

That’s a very hard principle to put into practice, isn’t it? What do we teach our children? Do we teach them that if some bully hits them at school, it’s ok to hit back, or do we teach them to be kind, seek out a teacher, and get help that way? What do we do when our employer gives us a pink slip for no valid reason? Do we seek out the best attorney to file suit, or do we accept the wrong and turn the other cheek? What do we do when our spouse makes some cutting remark which hurts us to our core? Do we try to do one better or do we extend kindness and love instead of retaliation?

Think of all the good nonviolence has done in American history. Were it not for nonviolence, the Civil Rights Movement in this country would undoubtedly have been far more bloody, and blacks may never have achieved the equal rights they deserve. Martin Luther King, Jr., explained his views on nonviolence.

Which will we do? Embrace violence or embrace nonviolence?

In embracing nonviolence, we must remember that there is a Judge, and we are not he. Romans 12:17-21. Because it is God’s to avenge, he established government as his servant to avenge wrongdoing. Romans 13:3-4. 1 Peter 2:13-14.

We Can Embrace Forgiveness

Jesus taught us to have forgiveness as a way of life. Matthew 18:21-35. “When you stand praying, if you hold anything against anyone, forgive him, so that your Father in heaven may forgive you your sins” (Mk 11:25).

The inspired apostles likewise taught us to forgive. “Get rid of all bitterness, rage and anger, brawling and slander, along with every form of malice. Be kind and compassionate to one another, forgiving each other, just as in Christ God forgave you” (Eph 4:31-32). “As God’s chosen people, holy and dearly loved, clothe yourselves with compassion, kindness, humility, gentleness and patience. Bear with each other and forgive whatever grievances you may have against one another. Forgive as the Lord forgave you” (Col 3:12-13).

This, too, is a hard principle, isn’t it? If we get into an argument with our spouse, do we begin to mention things which happened some time ago, or do we let go of those things and move forward? If someone says something at church which hurts our feelings, do we hold a grudge, or do we seek reconciliation? Just how willing are we to go to extend and seek forgiveness?

I don’t mean at all to imply that forgiveness is easy or that it isn’t complicated, for that just isn’t true. Forgiveness is hard work. Forgiveness can take time. Yet, we, as God’s people, must always seek to forgive the wrongs committed against us.

When Jon Wesley was traveling by ship to America, he heard an unusual noise in the cabin of General Oglethorpe, the Governor of Georgia. Wesley stepped in to inquire. It turned out that Grimaldi, the governor’s servant, had devoured the entire stock of the governor’s favorite wine. “But I will be avenged!” cried the governor, who ordered the poor man tied hand and foot to be carried away for severe punishment. “For you know, Mr. Wesley,” stormed Oglethorpe, “I never forgive!” “In that case, sir,” replied Wesley, “I hope you never sin!”

Let us commit ourselves to the hard work of forgiveness that God might forgive us!

We Can Embrace Prayer

We have been taught not only nonviolence and forgiveness, but we have also been taught to pray for those who mistreat us. “I tell you: Love your enemies and pray for those who persecute you, that you may be sons of your Father in heaven” (Matt 5:44-45).It was the prayer he gave at the cross: “Father, forgive them, for they do not know what they are doing” (Lk 23:34). It was also the prayer Stephen prayed as he was dying: “Lord, do not hold this sin against them” (Acts 7:60).

There is an old story about a holy man in India who, while meditating in the countryside, noticed a scorpion struggling to get out of the swirling water of a rapid brook. Its efforts to climb onto a rock were futile, for the water was too strong. The holy man, taking pity on the creature, tried to help it, but the scorpion kept striking back at him. A friend, passing by, said to the holy man, “Don’t you realize that it is the nature of a scorpion to attack and sting?” “Yes,” said the holy man, “but it is my nature to save and rescue. Why should I change my nature just because the scorpion doesn’t change his?”

Let us embrace prayer and not change our nature as God’s children just because those who trouble us refuse to change!