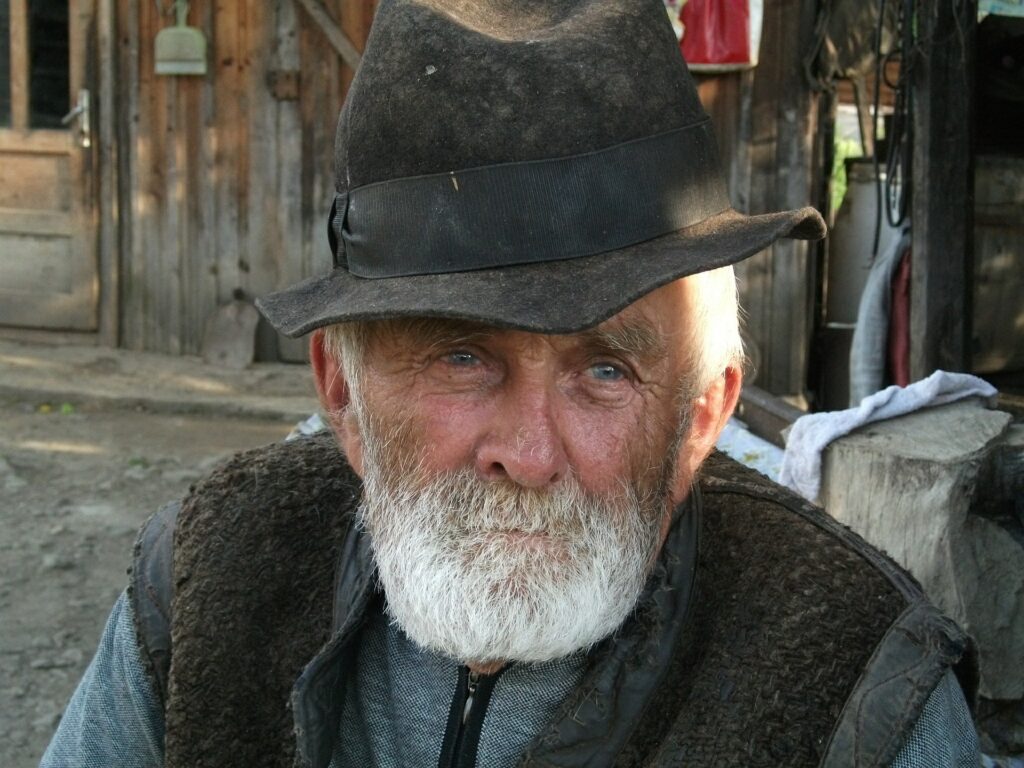 Have you ever noticed that when a family member dies you find out you had relatives you’ve never heard of and you didn’t even know existed? My great uncle died a few years ago, and we were rather close. At the funeral home, I met a lot of cousins I didn’t know I had. I was standing talking to Mom at the funeral home. She pointed to an older gentleman. She said, “Justin, that was your Papaw’s cousin.” “First cousin?” I asked. “Yeah,” said Mom. She went on to tell me how she had met him that night, and she proceeded to tell me the man’s whole life story. I’m sure that the rest of you have experienced similar things when you’ve had a death in your family.

Imagine, however, that when you go to the funeral home you meet the deceased for the very first time. You’ve never known a thing about him or her, but you go to the funeral home and you hear so many stories that you feel like you really knew the person. The very first funeral I ever preached was for a man I had never met. I had been working with the congregation for a few months, and a member’s brother died suddenly. The family had no one but me to do the funeral. I had to learn as much about the deceased as I could after he died.

Here’s what we read about Enoch: “Enoch walked with God; and he was not, for God took him” (Gen 5:24). What does the text mean when it says that Enoch “was not, for God took him”? The Hebrew word “took” occurs in 2 Kings 2 three times where the word refers to God’s taking Elijah in a chariot of fire. Notice verse 3: “Now the sons of the prophets who were at Bethel came out to Elisha, and said to him, ‘Do you know that the LORD will take away your master from over you today?’ And he said, ‘Yes, I know; keep silent!’” The word also occurs in the Psalms to refer to God’s receiving souls after physical death. “God will redeem my soul from the power of the grave, For He shall receive me” (Ps 49:15). “You will guide me with Your counsel, And afterward receive me to glory” (Ps 73:24). Thus, God’s “taking” Enoch definitely seems to mean that God accepted Enoch into glory.

From reading the account of man’s fall, I really don’t think that God ever intended for man to die physically. Notice that the tree of life in the Garden would keep man alive forever: “The LORD God said, ‘Behold, the man has become like one of Us, to know good and evil. And now, lest he put out his hand and take also of the tree of life, and eat, and live forever” (Gen 3:22). Notice also that death is part of the curse to Adam: “In the sweat of your face you shall eat bread Till you return to the ground, For out of it you were taken; For dust you are, And to dust you shall return” (Gen 3:19). It seems that God always intended for man to be taken out of this life without ever seeing death.

There’s much we can learn from Enoch’s life, and we desire to turn our attention to Enoch tonight.

Enoch’s Reputation Before He Was Taken

Notice Hebrews 11:5: “By faith Enoch was taken away so that he did not see death, ‘and was not found, because God had taken him’; for before he was taken he had this testimony, that he pleased God.” Notice that the author of Hebrews says that Enoch “had this testimony.” This Greek word basically means to show forth, to testify to. If Enoch had the testimony as one who pleased God, others saw that he pleased God. Enoch wasn’t one who pleased God in a vacuum; one who was afraid to let others know he was pleasing to God. He wasn’t one who pleased God when he went into the privacy of his home, but he sought to please God everywhere he went. What about us? Do we have a testimony that we please God–at work, at school, at home, at play, and in everything we do?

Enoch was a prophet. Notice what we read in Jude: “Now Enoch, the seventh from Adam, prophesied about these men also, saying, ‘Behold, the Lord comes with ten thousands of His saints, to execute judgment on all, to convict all who are ungodly among them of all their ungodly deeds which they have committed in an ungodly way, and of all the harsh things which ungodly sinners have spoken against Him’” (Jude 14-15). Enoch, because he was pleasing to God, was privileged to get a glimpse of the future, and that glimpse of the future involved the coming judgment. Enoch was quite an appropriate person to speak of judgment–he was a man who was blameless and righteous and pleasing to God. God was honored by Enoch’s life; thus, God could allow him to go out and say, “The God I serve, the God with whom I walk, is going to judge the world.”

Thus, Enoch’s reputation was that he was a good man and a prophet.

The Reason Enoch Was Taken

Honestly, we can only speculate as to why Enoch was taken and not allowed to see death. We know, however, that Enoch lived in a very difficult time. The world was about to be judged by a cataclysmic flood. God may have desired to spare Enoch the pain that would come from watching the world go so far from God. We can be fairly certain, I think, that many members of Enoch’s family died in the Flood because they were vile and wicked. Are we to think that Enoch, who had sons and daughters, only had the descendants of Noah and his three sons alive at the time of the Flood? God may not have wanted Enoch to have to watch his family become evil like the rest of the world.

We cannot be certain of why Enoch was taken, but there are some things of which we can be certain.

Enoch’s Residence After He Was Taken

Scripture simply records that God took Enoch without saying where Enoch was taken.

Examining the Scriptures, however, we can know where Enoch was taken.