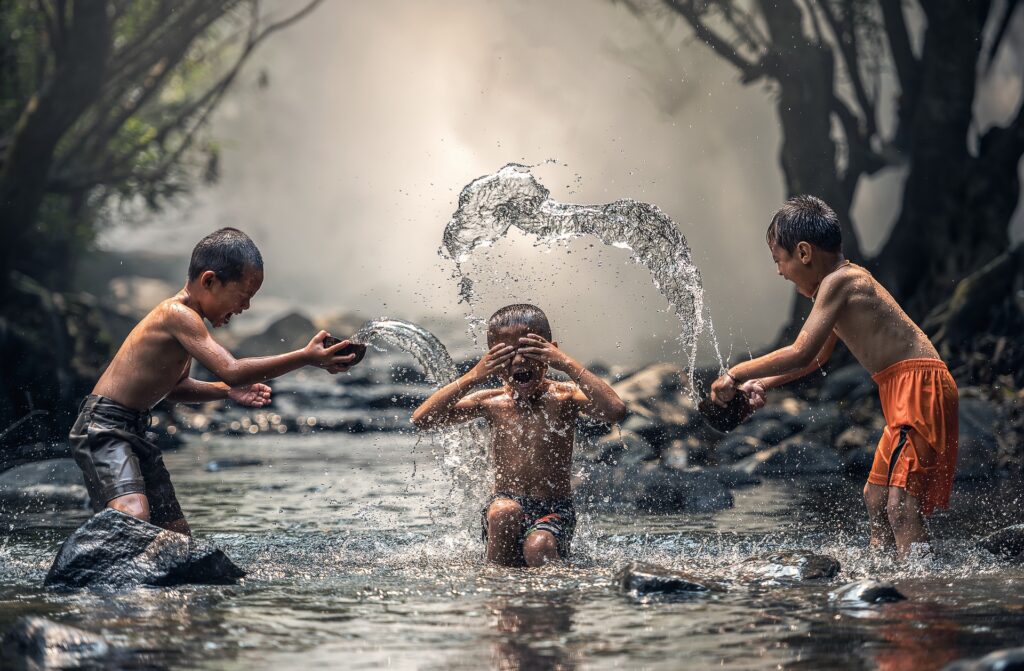 Sir John Waller would have been a million dollars richer if his wife had given birth to a son instead of a daughter. Waller was the heir of a fortune received an inheritance from his cousin. However, in order to claim the one million dollars, he needed to produce a male heir who reached the age of 10. When his daughter was born at Queen Charlotte’s Hospital in West London, Waller’s wife said, “She is perfect. I could not care less about the inheritance.” That’s a good thing, for Sir Waller never produced a male heir.

It’s really a shame that Sir Waller did not live several millennia before he did, for he could have then swapped stories with Abraham, a man greatly concerned about his inability to produce a male heir. The Lord had promised to provide such an heir for Abraham. “I will make of you a great nation” (Gen 12:2). While Abraham was sojourning in Canaan, “the LORD appeared to Abram and said, “To your offspring I will give this land” (Gen 12:7). But, when God made these promises to Abraham, the patriarch was 75 (Gen 12:4). Now, sometime later – we don’t know how long – Abraham is just like Sir John Waller: Waiting for a son he just can’t seem to have.

In this morning’s text, the Lord renews his promise to Abraham. As Abraham waits for that son, he learns a great deal about God. This morning, we wish to explore this passage to see what we can learn about God.

God comes to Abram as “A God of Provision” and promises to provide for him: “After these things the word of the LORD came to Abram in a vision: ‘Fear not, Abram, I am your shield; your reward shall be very great.”

God comes to Abram in a vision and tells him not to be afraid, for he will be his shield. What could there possibly be that would make Abram afraid? A famine has occurred. Abram and Sarai were forced to dwell in Egypt, but God-even though Abram lied-kept the two of them safe (Gen 12:10-20). When the land could not support both Abram and Lot’s herdsmen, Lot chose the best of the land for himself, but God tells Abram that he will give all the land to his descendants (Gen 13). When war erupted in the region and Lot was taken captive, Abram went in battle and freed Lot and gained the loot of battle (Gen 14).

But, for Abram a fate worse than death is looming – He is an old man and he is about to die childless. In Abram’s day, dying childless meant that one had lived a fruitless life. When one died without a male heir, his name was removed from the earth (Num 27:4). A woman considered it a great reproach not to be able to bear children: “God remembered Rachel, and God listened to her and opened her womb. She conceived and bore a son and said, ‘God has taken away my reproach’” (Gen 30:22-23).

Up to this point, everything has fallen nicely in place for Abram. The LORD protected him during the famine, the LORD promised him the best land, and he came out victorious in battle. Now, Abram comes to a test of faith: The LORD’s word is that Abram has no need to be fearful during this test, for the LORD is his shield.

The LORD is going to be Abram’s shield by richly rewarding him. The very idea of a “reward” indicates that one has acted in such a way to receive a “reward.” In the Vancouver Games, gold medals were not distributed for participation – If that were the case, “Eddie the Eagle” would surely have received a gold medal in Calgary. Instead, gold medals are rewarded on the basis of skill, hard work, and determination. Abram had left Ur of the Chaldeans in response to the call of God; now, the LORD becomes “A God of Provision” and promises to bless Abram richly.

The LORD has always been “A God of Provision.” God always provides great blessings to his obedient people. Paul understood that God’s blessings were great to the obedient. “I have fought the good fight, I have finished the race, I have kept the faith. Henceforth there is laid up for me the crown of righteousness, which the Lord, the righteous judge, will award to me on that Day” (2 Tim 4:7-8). Why did Paul have a crown of righteousness laid up for him? Because he had fought the good fight, finished the race, and kept the faith. “Be faithful unto death, and I will give you the crown of life” (Rev 2:10).

When Elizabeth I was Queen of England, she once commissioned a rich merchant to go on an important mission for the crown. The Queen promised the merchant rich rewards for his labors, but he sought to decline the appointment for fear that his business would greatly suffer in his absence. Yet, the Queen assured him that if he looked after her business she would look after his. When the merchant returned from his mission, he found that the Queen had kept her promise. The merchant was far richer than before he left on his journey.

God is “A God of Profession,” for he is a God who makes promises: “But Abram said, ‘O Lord GOD, what will you give me, for I continue childless, and the heir of my house is Eliezer of Damascus?’ And Abram said, ‘Behold, you have given me no offspring, and a member of my household will be my heir.’ And behold, the word of the LORD came to him: ‘This man shall not be your heir; your very own son shall be your heir.’ And he brought him outside and said, ‘Look toward heaven, and number the stars, if you are able to number them.’ Then he said to him, ‘So shall your offspring be.’”

But, Abram is empty handed and he knows it. He says, “God, what are you going to give me, for I still have no child, and my heir is a slave.” Abram knows quite well what God has said, but God doesn’t seem to be following through.

Sometimes faith is so difficult. It was difficult for Abram in this text and it’s often difficult for us. Faith was also difficult for Helen Hayes’ family one Thanksgiving Day several years ago. She had cooked her first turkey and before serving it to her husband Charles and her son James, she declared, “Now I know this is the first turkey I’ve ever cooked. If it isn’t right, I don’t want anybody to say a word. We’ll just get up from the table without comment, and go down to the hotel for dinner.” She then went into the kitchen to get the turkey. When she entered the dining room, carrying the turkey, she found her husband and son seated at the table – wearing their hats and coats.

God deals patiently with Abram’s doubt here and professes to give Abram a son. This is the first text in the entire Scripture where we find the phrase “the word of the LORD.” And, the phrase occurs twice – at verses 1 and 4. That word is so very powerful. That word created all that is: “By faith we understand that the universe was created by the word of God, so that what is seen was not made out of things that are visible” (Heb 11:3). That word has the ability to cut us to the core: “The word of God is living and active, sharper than any two-edged sword, piercing to the division of soul and of spirit, of joints and of marrow, and discerning the thoughts and intentions of the heart” (Heb 4:12)./p>

It is that powerful word that came to Abram and said that Eliezer would not be his heir, but his own son would be his heir. The English Standard Version reads, “Your own son,” while the King James Version reads, “he that shall come forth out of thine own bowels shall be thine heir.” The Hebrew term for “bowels” refers to the reproductive organs. God’s point is that Abram doesn’t need to look for an heir except one that he himself shall conceive. God then takes Abram and tells him to count the stars, for he will have as many descendants as there are stars.

What is the whole point? God is One who makes great promises. “All the promises of God find their Yes in [Christ]” (2 Cor 1:20). God “has granted to us his precious and very great promises” (2 Pet 1:4). While God has made all these promises, what are we to do with them? We, like Abram, can find our God as:

A God of Persuasion, v 6

God is “A God of Persuasion” in that we, like Abram, can believe what the LORD has said.

Abram “believed the LORD, and he counted it to him as righteousness.” Every life has a “watershed” moment, a moment that changes the entire course of one’s life. Each of us has such a moment, don’t we? It may be that we met our spouse through an accidental encounter or happened to walk down a certain road and encounter a Christian who would later convert us. I’m quite confident that some moment has drastically changed the life of everyone here. For Abram, the conversation recorded in this morning’s text serves as his “watershed moment.” He approaches the LORD in great doubt. Abram even names Eliezer as his heir. Yet, Abram comes away from the LORD with great faith.

It’s that faith for which we remember Abram.

A young man in a sweater, overalls, and rubber boots entered a car dealership in Bodoe, Norway. He says to the salesman, “I want sixteen cars, if I like the model.” The salesman said, “I have no time for jokes – buzz off.” The young man did – right across the street to another car dealer, selling a different make of cars. The young man asked similar questions, but he received fuller service. He pulled out a wad of cash and made in full for all sixteen cars. That young man had been part of a fishing crew who had a record season that year. The fishermen decided to buy new cars and to buy all of them at once to get the highest possible discount. Had that one salesman believed, he could have been richly rewarded.

Because Abram believed, God richly rewarded him – he imputed to him righteousness. Are you in need of that righteousness God imputes to the faithful? Do you need to come before God this very morning in full trust, believing his promises, and obeying his faithful word? Abram’s faith came to fruition through his obedience: James 2:21-24. Do you need to come and fulfill your faith this morning through your obedience to his word?