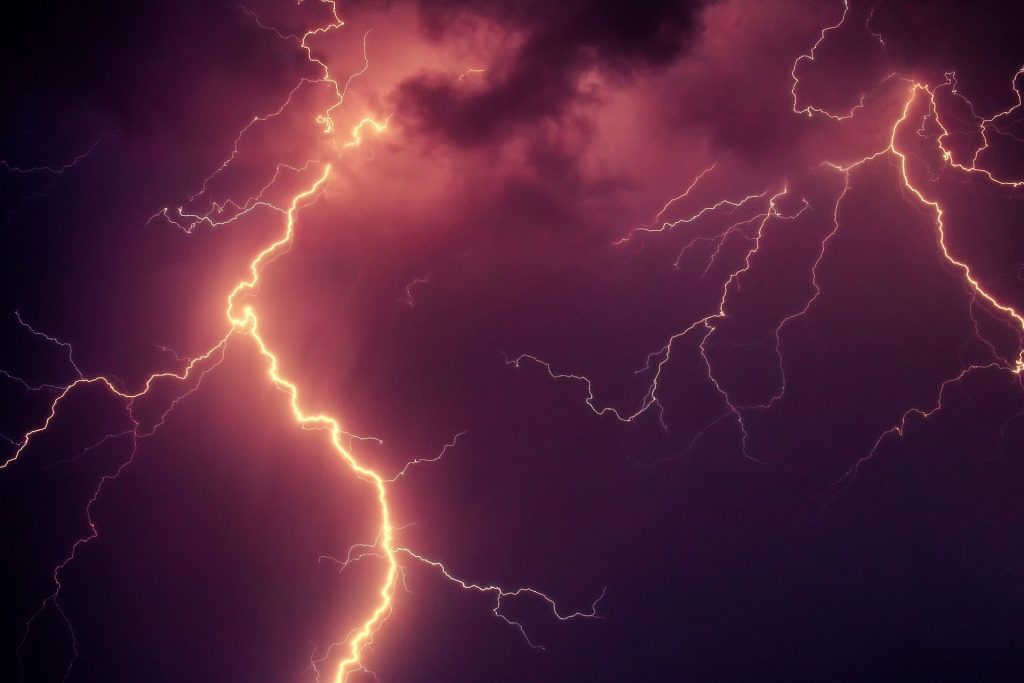 As many of you know, I’ve struggled with health issues my whole life. A few “odd” things here and there when I was growing up would cause Mom to take me to our family practitioner; Mom often joked that the Imel’s kept Dr. McLaughlin in business.

In 2008, though, things really took a downward direction. My legs started giving me excruciating pain and stopped functioning properly. It wasn’t long before I was on a cane, but I grew progressively worse and starting using a walker. If I went long distances (such as the doctor’s office or vacation), I needed a wheelchair; I could not walk far at all.

Obviously, I saw doctor after doctor. One neurologist said my symptoms were all psychosomatic—although diagnostic testing showed physical causes. Other neurologists thought I had early-onset Alzheimer’s or multiple sclerosis or muscular dystrophy, but those tests were either inconclusive or negative.

Finally, I saw a neurologist in Roanoke, Virginia, who specialized in movement disorders. He did something of an experiment and the diagnosis was confirmed and sure—dystonia. Dystonia is a genetic neuromuscular disease where the brain sends faulty signals and causes muscles to contract in abnormal ways. Obviously, since dystonia is genetic, there is no cure. Eight years or so ago, the neurologist told me I’d be in a wheelchair permanently before long.

But there’s one thing that doctor did not know: I had brothers and sisters all around the world praying for me. My brethren were praying that I would be able to continue serving God in fulltime ministry, and here I am. I firmly believe it’s only because of prayers on my behalf that I’m preaching here today.

You’ve surely seen God work wonders in your life. Perhaps you were seriously ill, prayers were offered to God for you, and you’re in this world only because of the power found in prayer. Maybe your life was in shambles because of sin; you came to Jesus in faithful obedience and you received a new life altogether. Maybe you faced some major disappointment—a divorce, the loss of a loved one, the loss of a job—and only God’s great comfort and power got you through that painful time.

This church needs a healthy dose of God’s wondrous power. We have a Bring-A-Friend Day next Lord’s Day. Great things can happen next Lord’s Day, and the seed can be sown for greater things in the future. But we desperately need God’s marvelous power to see those great things happen.

In the Epistle to the Ephesians, Paul praised God for his great power. We want to learn about God’s great power in the church so that we can be prepared for what God is going to do in this church. Paul in his doxology declared: “God has wondrous power.”

Paul often divided his epistles into two sections: 1) Theology (truths his readers needed to understand); and 2) Practical application of the theological truths in the first part of the epistle. This doxology stands as a bridge between those two sections of Ephesians.

Paul began this doxology with the word “now;” the word allowed Paul’s readers to know that he was ending his theological section and was preparing to give his conclusions. What had Paul said in the theological part of Ephesians? Namely that God brought both Jews and Gentiles together in one body. The power of God, in other words, was displayed when God took two competing ethnic groups and made them one in his Son.

“To him who is able” is one word in Greek. The word is in the present tense and means continual action. God, in other words, always has the power to act in marvelous ways.

God is able “to do far more abundantly.” The Greek term means “beyond all measure” or “greatly exceeding all boundaries.” The form of the term Paul used is the highest form of comparison possible. This was the most spectacular way Paul could put into words how powerful God is.

God acts big “according to the power at work within us.” The Holy Spirit’s dwelling in Christians provides the power God uses to act in our lives.

“To him be glory in the church.” Because the church is a miraculous conglomeration of different ethnic groups, the church should praise God.

“And in Christ Jesus.” Christ Jesus praises the Father for bringing different groups together as one in his church.

“Throughout all generations forever and ever.” God always deserves the praise of his people and his Son for all the wonders he has done.

“God has wondrous power.” God displayed wondrous power in the church when he brought Jews and Gentiles together in one body. God will demonstrate great power next Sunday at the church’s Bring-A-Friend Day.

As the church’s Bring-A-Friend Day approaches, what should you do because of God’s great power? Yes, you need to act for God to display his great power.

I talked about my dystonia to start the lesson and how God answered prayers in a mighty way. But action was necessary for God to do so. In the first place, brethren prayed for me. Second, I also had to act. I’ve lost 125 pounds, which makes getting around much easier. I swim 2,000 yards or so every morning before I come to the office; swimming greatly helps with pain management. I normally leave the office somewhere around 4:00 (sometimes a little earlier) to go ride my bike 20 miles or so; cycling strengthens my legs and allows me to move more easily. I don’t say those things to brag and say, “Hey, look at me;” instead, I simply want to make the point that I have to act in order to for God to display his power.

You have a responsibility to help God out so he can use his power at Bring-A-Friend Day next Sunday. But how can you do that? Paul told us in his doxology exactly how you should live because “God has wondrous power.”

You need to PRAY.

Paul said God can do more than you ask. You know prayer has great power; the Lord Jesus spoke about prayer’s great power: Luke 11:9-13.

Throughout the ages, God has answered the prayers of his people in mighty ways:

Spend serious time praying for God to use his great power at Bring-A-Friend Day.

God can do so much more than you could ever ask, so pray, and pray BIG!

You need to PONDER.

Paul said that God can do more than you think. You, therefore, need to spend some time thinking about God and his great power. Imagine God’s using his great power here in Deer Park, Texas.

You wouldn’t be the first saint to dream big.

Dream BIG and know God can do so much more than you can even ponder.

You need to PRAISE.

Glory is to be God’s in the church and in Christ Jesus forever. As the church, we owe glory to God.

You need to praise God.

Will you praise the powerful God you serve?

God will do great things in this church, for “God has wondrous power.” We will see much good as God works in us.

Do you need God’s power to forgive you of your sins this very morning?