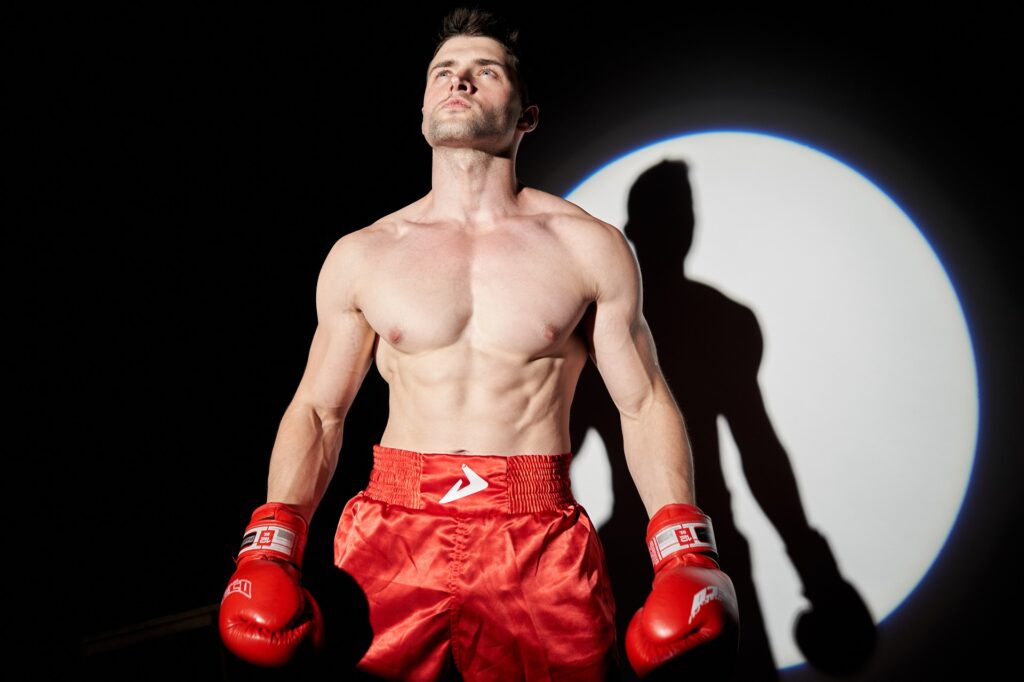 In 1960, a young man from Louisville, Kentucky, traveled to Rome to compete in the Olympic Games. His father painted billboards in Louisville, and he was directed toward boxing by a Louisville police officer who encountered the young boy rather upset that a beloved bike had been stolen. That officer went on to train the twelve-year-old, who just five years later would win gold at the Rome Olympics and begin his way toward boxing history. I speak, of course, of none other than Cassius Clay, better known as Muhammad Ali.

Boxing is one of the oldest games in the Olympics. In ancient Greece, boxing was not divided into weight classes and the Greeks had no time limits. You fought until there was a knock-out, one of the fighters abandoned the fight, or a fighter was killed. The ancient boxers used gloves in practice, but in the actual fight, they wrapped their hands in hardened leather to protect their hands and cause injury to the opponent.

The organizers of the modem Olympics struggled greatly with what to do with boxing. Boxing was not permitted at the 1896 games in Athens, but it was permitted at the 1904 games in St. Louis because boxing was quite popular in this country. In 1912, boxing was dropped from the games at Stockholm because the laws of Sweden did not permit boxing. Only in 1920 did boxing return to the Olympic Games to remain.

In tonight’s text, Paul uses the imagery of boxing to speak of the Christian life. He writes, “I have fought the good fight, I have finished the race, I have kept the faith” (2 Tim 4:7). Of course, Timothy would have been familiar with the ancient Olympics, which took place in his time, and have acquainted what Paul writes with the work of boxers.

Christianity is often referred to as a “fight.” “This charge I entrust to you, Timothy, my child, in accordance with the prophecies previously made about you, that by them you may wage the good warfare” (1 Tim 1:18). “Fight the good fight of the faith. Take hold of the eternal life to which you were called and about which you made the good confession in the presence of many witnesses” (1 Tim 6:12).

Tonight, we want to examine the Christian’s fight that we might wage the fight effectively. What must we fight?

Temptation is the common lot of all man. “No temptation has overtaken you that is not common to man” (1 Cor 10:13). Jesus himself faced temptation at the hands of Satan. Temptation has been a problem since the serpent said the woman, “Did God really say that you couldn’t eat from that tree?”

He knew the Scriptures.

Every time Satan came to him, Jesus responded with Scripture. Scripture has great power as we fight temptation: “I have stored up your word in my heart, that I might not sin against you” (Ps 119:11).

When Satan tempted Jesus to jump off the temple, can you imagine what would have happened if Jesus had jumped? People would have seen that great sight and flocked to him from all around. Can you imagine the temptation of being promised all the riches and kingdoms of the world?Jesus knew that what his own pleasure was not supremely important. We fall into serious trouble when we care about our own pleasure. “Each person is tempted when he is lured and enticed by his own desire” (Js 1:14).

When Jesus is tempted to worship Satan, the Lord, quoting from the Old Testament, says to him, “You shall worship the Lord your God and him only shall you serve” (Matt 4:10). Man has no greater purpose on this earth than serving God: “Fear God and keep his commandments, for this is the whole duty of man” (Eccl 12:13).

Are you ready to get your fight back and fight temptation?

What does Jesus say here that helps us fight worry?

We need to remember what really matters in life.

“Is not life more than food, and the body more than clothing?” (v 25). How many times do we get caught up in the financial aspect of life? How often does it seem that we get more bills in the mailbox than we have money in the bank? How many times do our kids see the latest toy on TV and just think they have to have it? The things of this world-even necessities such as food and clothing-do not outrank life itself.

Jesus also says that we need to remember God.

“Look at the birds of the air: they neither sow nor reap nor gather in barns, and yet your heavenly Father feeds them. Are you not of more value than they?” (v 26). God provides for his people. That is the promise with which Jesus concludes: “Seek first the kingdom of God and his righteousness, and all these things will be added to you” (v 33). “I have been young, and now am old, yet I have not seen the righteous forsaken or his children begging for bread” (Ps 37:25).

Jesus also reminds us that worry changes nothing.

“Which of you by being anxious can add a single hour to his span of life?” (v 27). Can any of you tell me how worry has changed your life one little bit?

Are you ready to get your fight on and fight worry?

It is a sad truth that many Christians are not much different from the world around them.

Yet, we have an obligation as Christians to live differently from the world. “I appeal to you therefore, brothers, by the mercies of God, to present your bodies as a living sacrifice, holy and acceptable to God, which is your spiritual worship. Do not be conformed to this world, but be transformed by the renewal of your mind, that by testing you may discern what is the will of God, what is good and acceptable and perfect” (Rom 12:1-2). “Do not love the world or the things in the world. If anyone loves the world, the love of the Father is not in him. For all that is in the world-the desires of the flesh and the desires of the eyes and pride in possessions-is not from the Father but is from the world. And the world is passing away along with its desires, but whoever does the will of God abides forever” (1 Jn 2:15-17).

Charles Spurgeon, the famed Baptist preached from the 1800’s said, “If I had a brother who had been murdered, what would you think of me if I . . . daily consorted with the assassin who drove the dagger into my brother ‘s heart; surely I too must be an accomplice in the crime. Sin murdered Christ; will you be a friend to it? Sin pierced the heart of the Incarnate God; can you love it?”

Are you ready to get your fight on and fight worldliness?

There is no doubt in my mind but that discouragement is one of Satan’s most powerful weapons. “Lift your drooping hands and strengthen your weak knees, and make straight paths for your feet, so that what is lame may not be put out of joint but rather be healed” (Heb 12:12-13). Some biblical characters suffered greatly from discouragement:

Elijah had a serious problem with discouragement: After he had conquered the prophets of Baal at Mt. Carmel, we find that Jezebel was determined to kill Elijah. Elijah fled from Jezebel and said to God: “It is enough; now, O LORD, take away my life, for I am not better than my fathers” (1 Ki 19:4).

Job’s wife faced discouragement: We well remember the problems Job faced: the loss of his family, the loss of his fortune, and the loss of his health. We cannot ignore the fact that his wife suffered along with him-she has lost her children and her fortune, and one spouse’s illness affects the other spouse. She came to Job and said to him, “Do you still hold fast your integrity? Curse God and die” (Job 2:9).

We understand the purpose of suffering.

Paul says that the affliction he experienced in Asia was to make him rely on God. We live in a world of soul-making, a world where God is able to mode us into what he needs us to be. “Count it all joy, my brothers, when you meet trials of various kinds, for you know that the testing of your faith produces steadfastness. And let steadfastness have its full effect, that you may be perfect and complete, lacking in nothing” (Js 1:2-4). Granted, it is so easy for me to stand here and say that and it’s something completely different to live it. But, let us not forget that suffering has a purpose.

We rely on God.

Notice that Paul asks the Corinthians to pray for him. He knew that their prayers could have great effect.