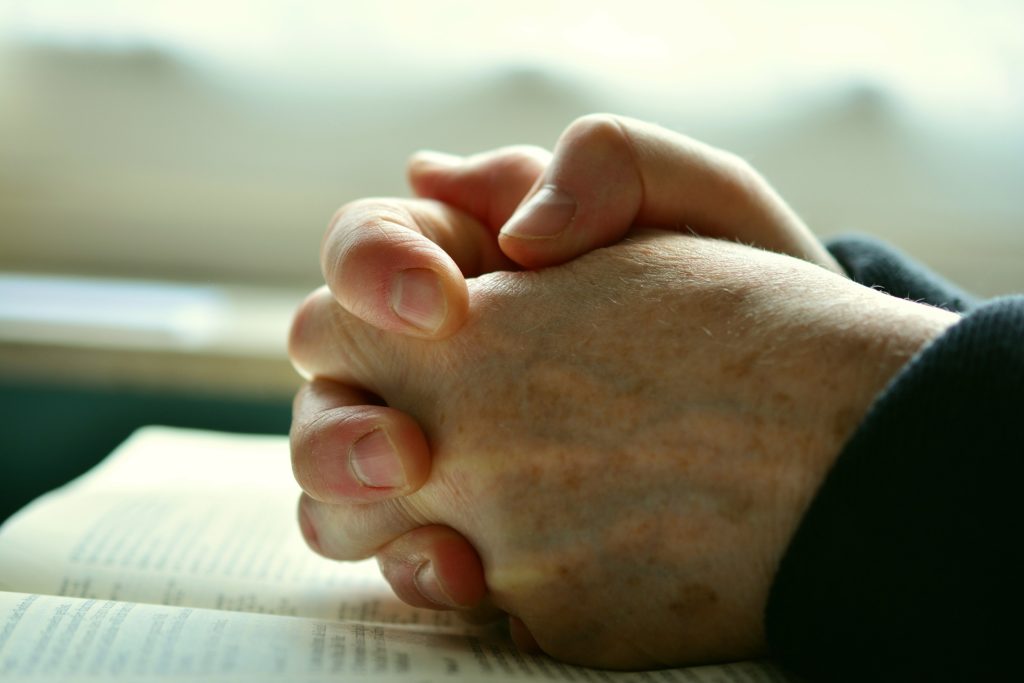 One little boy had misbehaved terribly-he had pinched his sister, broken one of her favorite toys, and kicked and screamed when Dad tried to correct him. Finally, his mother and father couldn’t take it any longer, and they sent him to his room. A little while later the boy came out of his room and announced that he had spent a lot of time praying. His dad said, “Did you ask God to help you be a better boy?” “No,” the little fellow said, “I asked God to help you put up with me better.”

Why would the boy ask that his parents deal with him better rather than asking God to change him? Because it was an easier prayer. Whether we want to admit it or not, there are some prayers which are difficult to pray-they are dangerous prayers.

Honestly, though, these prayers aren’t so much about us than they are about God. That’s what makes these prayers so very dangerous-they force us to see God in a different light than we might have thought of him in the past. We tend to keep God in a nicely packaged little box that we take off the shelf when we need God. If we’re going through some trial, we’ll take the box off the shelf and open it so that we can pray to the God who’s going to get us through that trial. If we’ve committed some transgression, we’ll open the box to pray to the God who will forgive us all our sins. When we assemble for worship, we’ll get God out of his box and ask him to heal the sick, ask him to bless the elders, and ask him to “guide, guard, and direct us.” Then, as soon as that final prayer is said, we put God right back in his box. These dangerous prayers don’t let us keep God in his box, but they take him out of his box and cause us to see God as bigger and more powerful than maybe we’d like to think.

What are these “Dangerous Prayers?”

It may challenge us, but God knows us far better than we even know ourselves. Psalm 139:1-6. Do we really want anyone, including God, to know us that well? Notice carefully how well God knows David:

Other Scriptures affirm God’s intimate knowledge of us. When the disciples were choosing a replacement for Judas, Peter prayed, “You, Lord, who know the hearts of all, show us which one of these two you have chosen” (Acts 1:24). “No creature is hidden from his sight, but all are naked and exposed to the eyes of him to whom we must give account” (Heb 4:13).

Sometimes we think we can cover up our sin so that no one else knows what we’ve done. Perhaps we’re like the man who came home drunk. His wife was always nagging him about his drinking, and this one night, after he had been in a bar fight, he looked at himself in the mirror and was covered in scrapes and bruises. He carefully took the band aids out of the medicine cabinet and covered up the bruises and went to bed satisfied that he had covered up his drunkenness from his wife. The next morning, she stood over him and said, “You were drunk again last night, weren’t you?” “No, honey,” the man said. “Well, if you weren’t drunk, who put the band aids all over the mirror?” His wife knew he had been drunk by the evidence. God, on the other hand, doesn’t need any such evidence, for he is able to see all things!

Are you ready to pray that the Lord search you?

At first glance, that probably doesn’t seem like all that dangerous of a prayer. Why is it dangerous to ask the Lord to stretch us, to increase our faith? Simply because the Lord doesn’t always stretch us the way we’d like to be stretched. Take the case of Abraham. We remember Abraham as the father of the faithful. Yet, we dare not lose sight of the fact that the Lord had to stretch Abraham.

What will it take for God to stretch our faith? Is it going to take some tragedy in our lives? Is it going to take some adversity? Is it going to take some temptation? When going through trial, we like to read from Rom 8:28: “We know that for those who love God all things work together for good, for those who are called according to his purpose.” If we pluck that passage out of its context, we might be tempted to look for something tangible, something good to come from adversity. I’m convinced that’s the wrong way to read the text, for Paul continues: “For those whom he foreknew he also predestined to be conformed to the image of his Son, in order that he might be the firstborn among many brothers” (v. 29). There is the good which comes to those who love God-that regardless of what happens we might be more and more conformed to the image of Jesus.

When I was growing up, I had a preacher tell me about a good friend of his who had been terribly burned in a horrendous fire. That young man lay in excruciating pain for weeks in a burn unit, and someone came to visit him and said, “I hate this terrible thing which has happened to you.” “Terrible thing?” the young man said. “I’ve prayed more in this hospital than ever before in my life.” That’s stretching us!

Why is this prayer dangerous? Simply because we know precisely what we want and how we plan on getting it. We like to think that we are in charge of our own decisions and destiny. Of course, that’s partly true, but are we willing to give our lives over to God’s guidance?

We well know the words of the 23rd Psalm: “The LORD is my shepherd; I shall not want. He makes me lie down in green pastures. He leads me beside still waters. He restores my soul. He leads me in paths of righteousness for his name’s sake” (1-3). These words have provided comfort to so many in times of trial: Abraham Lincoln read this Psalm to the Union troops during the darkest days of the Civil War; George W. Bush read these words to the nation immediately following the terrorist attacks of 2001. But, these words aren’t intended just to provide comfort, but they are challenging words:

This prayer is dangerous, for it is a never-ending prayer, and it can be frightening to be used by God.

Think of poor Samuel: His mother promised that if the Lord would open her womb and give her a son, she would present him to the Lord all the days of his life (1 Sam 1:11). True to her word, Hannah brought Samuel, her firstborn son, to Eli (1 Sam 1:21-27).

One night when Samuel and Eli were both in bed, the Lord called for Samuel twice, and he ran to Eli to see what his mentor needed; Eli replied both times that he did not call for Samuel and sent Samuel back to bed (1 Sam 3:1-7). A third time the Lord called for Samuel. Again, Samuel ran to Eli’s bed to see what his master needed. This time, Eli realized what was going on and said to Samuel: “Go, lie down, and if he calls you, you shall say, ‘Speak, Lord for your servant hears’” (1 Sam 3:8-9).

The fourth time the Lord called for Samuel, he did as Eli had instructed. Here’s what the Lord said: “Behold, I am about to do a thing in Israel at which the two ears of everyone who hears it will tingle. On that day I will fulfill against Eli all that I have spoken concerning his house, from beginning to end. And I declare to him that I am about to punish his house forever, for the iniquity that he knew, because his sons were blaspheming God, and he did not restrain them. Therefore I swear to the house of Eli that the iniquity of Eli’s house shall not be atoned for by sacrifice or offering forever” (1 Sam 3:10-14).

Samuel couldn’t sleep the rest of the night, for he “was afraid to tell the vision to Eli” (1 Sam 3:15). Why wouldn’t Samuel have been afraid to tell Eli what he had just heard from the Lord? Who among us would want an assignment like that? However, when Eli appeared the next morning, he implored his young protégé to tell everything the Lord had said to him, which Samuel did (1 Sam 3:16-18).

Yes, prayer can be quite a dangerous, dangerous endeavor.

Mary, Queen of Scotland, purportedly said: “I fear John Knox’s prayers more than an army of ten thousand men.” Why would Queen Mary fear prayer? Because she understood its power! Do we understand the power of prayer? Do you as a Christian need to come tonight and ask for this congregation’s prayers?

The main ideas for this sermon were taken from Dr. Gary Bradley, the minister for the Mayfair Church of Christ in Huntsville, Alabama.