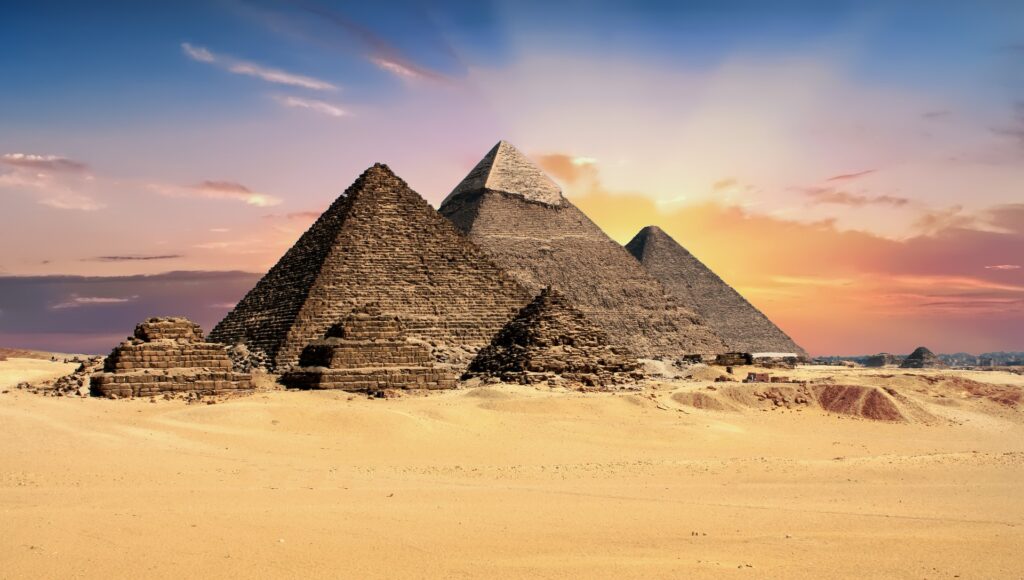 An Egyptian Leader | The Life of Joseph

Former Congressman Brooks Hays told of a preacher who advised a politician to go out into the rain and lift his head heavenward. The preacher told the politician: “It will bring a revelation to you.” The next day the politician reported, “I followed your advice and no revelation came. The water poured down my neck and I felt like a fool.” The preacher said, “Well, isn’t that quite a revelation for the first try?”

That story sums up the attitude of many toward politicians. However, one of God’s greatest servants was a politician.

Pharaoh appointed Joseph second in Egypt. “Thou shalt be over my house, and according unto thy word shall all my people be ruled: only in the throne will I be greater than thou. And Pharaoh said unto Joseph, See, I have set thee over all the land of Egypt” (Gen 41:40-41). Joseph’s position would have been something like a prime minister in many modern countries. Joseph was a great man of God. Tonight, we want to think about what lessons Joseph can teach us.

Joseph bragged to his brothers about his dreams (37:5-11). Joseph dreamed that he and his brothers were binding sheaves in the field. Joseph’s sheave stood upright while the other sheaves bowed down to his sheave. Joseph’s brothers asked, “Shalt thou indeed reign over us? or shalt thou indeed have dominion over us?” Joseph also dreamed that the sun, the moon, and the eleven stars bowed down to him, v 9. Joseph’s brothers already envied him-he caused them to envy him even more by bragging about his dreams.

When we boast, we cause much strife. A sightseeing bus was making the rounds through Washington, D.C., and the driver was pointing out spots of interest. As they passed the Pentagon building, he mentioned that it cost taxpayers millions of dollars and that it took a year and a half to build. While everyone was looking at it, a little old woman piped up: “In Peoria we could have built the same building for less, and it would have been completed even sooner than that!” The next sight on the tour was the Justice Department building. Once again, the bus driver said that it cost so many millions to build and took almost two years to complete. The woman repeated: “In Peoria we would have done it for less money, and it would have been finished much sooner.” The tour finally came to the Washington Monument, and the driver just passed slowly by without saying a word. The old woman was curious. “Hey,” she shouted to the driver, “what’s that tall white building back there?” The driver looked out the window, waited a minute and then said, “Beats me, lady. It wasn’t there yesterday.”

When we boast, we focus on what we can do, rather than on what God can do.

Joseph’s life changed spontaneously. Jacob sent Joseph to see about his brother who were tending flocks (Gen 37:12-14). Joseph went, and his brothers decided to sell him into slavery (Gen 37:18-36). When Joseph went to see his brothers, he had no idea how drastically his life would be changed.

Stay Away from Sin

Joseph resisted the temptation with Potiphar’s wife (Gen 39:7-12). She told Joseph, “Lie with me.” Joseph refused saying that his master had not kept anything in the house from Joseph save her. Joseph said that he could not sin against God. Joseph resisted this temptation on a daily basis. When she grabbed his garment, Joseph left his garment in her hand and fled out of the house.

We need to have this same resolve in resisting temptation. When we are angry, we must not sin (Eph 4:26). We need to put on the whole armor of God so that we may stand on the evil day (Eph 6:13). Our Lord prayed that we would be led out of temptation (Matt 6:13).

Serve God in All Situations

With all Joseph endured, he remained faithful to God. When Potiphar’s wife attempted to seduce him, his reply was, “How can I sin against God?” The LORD showed Joseph mercy while he was in prison. When prisoners were troubled by dreams, Joseph said that the interpretations belong to God (Gen 40:8).

Joseph had every reason not to be faithful. His brothers had sold him into slavery. He had been slandered and cast into prison. Yet, Joseph sought to obey God.

Anger Must Be Surrendered

Joseph’s brothers greatly wronged Joseph. Their selling him into slavery showed great disrespect. By selling Joseph into slavery, his brothers subjected Joseph to much mistreatment. From a human perspective, Joseph had every right to be angry.

We must forgive those who wrong us. Our forgiveness from God is dependent upon our forgiveness of others (Matt 6:14-15). We are to forgive one another as God in Christ forgave us (Eph 4:32).

When missionaries first went to the Eskimos, they could not find a word in their language for “forgiveness.” So, they finally composed a compound word meaning “Not-being-able-to-think-about-it-anymore.” Joseph would not think about his mistreatment at his brothers’ hands. We must not think about the wrongs people have committed against us anymore.

One day, President Abraham Lincoln was riding in a coach with a colonel from Kentucky. The colonel took a bottle of whiskey out of his pocket. He offered Mr. Lincoln a drink. Mr. Lincoln said, “No thank you, Colonel. I never drink whiskey.” In a little while, the colonel took some cigars out of his pocket and offered one to Mr. Lincoln. Again Mr. Lincoln said, “No, thank you, Colonel.” Then Mr. Lincoln said, “I want to tell you a story. One day, when I was about nine years old, my mother called me to her bed. She was very sick. She said, ‘Abe, the doctor tells me that I am not going to get well. I want you to be a good boy. I want you to promise me before I go that you will never use whiskey or tobacco as long as you live.’ I promised my mother that I never would, and up to this hour, I kept this promise! Would you advise me to break that promise?” The colonel put his hand on Mr. Lincoln’s shoulder and said, “Mr. Lincoln, I would not have you break that promise for the world! It is one of the best promises you ever made. I would give a thousand dollars today if I had made my mother a promise like that and had kept it like you have done. I would be a much better man than I am!”

God continually worked in Joseph’s life. Over and over Joseph was knocked down, but God would lift him up. Joseph told his brothers, “God sent me before you to preserve you a posterity in the earth, and to save your lives by a great deliverance” (Gen 45:7).

God can work in our lives as well. He will work in any situation (Rom 8:28). This text does not say that everything which happens to us is good. This text says that God brings good out of even the most difficult circumstances. How does he do so?

How much are you depending on God tonight?