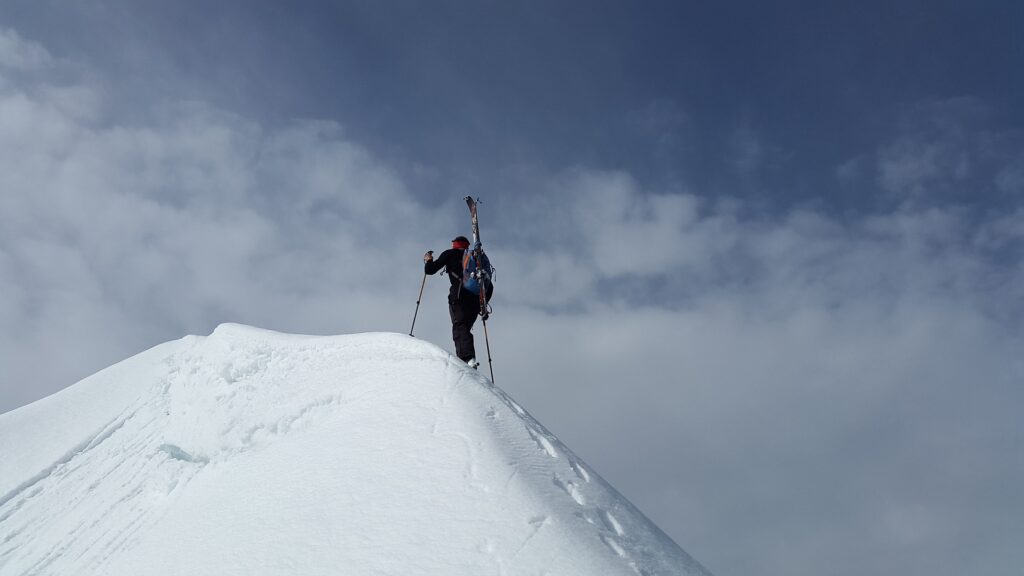 I graduated from International Bible College; the school was truly international in its scope, and at least half our student body hailed from foreign nations.

One of those foreign students by the name of Austin Vimba made a deep impression on me. Austin was a Zulu warrior from South Africa, but he wanted to preach the gospel. To learn how to preach effectively, Austin left his home in Africa to come to the United States. He also had to leave his family—his wife and children—behind in Africa for four years to study in America.

After graduating, Austin returned to South Africa and spent the rest of his life doing the Lord’s work. He baptized countless individuals and established numerous congregations. Austin has gone to his reward now, but he gave up so much and put forth such a great effort to serve Jesus.

This morning, we want to think about the Ethiopian eunuch and learn from him: “Serving Jesus requires effort.”

As you know full well, we are saved by grace and not by works. “It is by grace you have been saved, through faith—and this is not from yourselves, it is the gift of God—not by works, so that no one can boast” (Eph 2:8-9). There is not a single thing you can do to earn salvation; we are not worthy. God saves us out his abundant mercy.

While God saves us out of mercy, he expects us to put forth effort to serve him. Jesus said: “Whoever does not carry their cross and follow me cannot be my disciple” (Lk 14:27); carrying a cross requires effort—literally carrying a cross would be physically exhausting. Jesus further said: “Not everyone who says to me, ‘Lord, Lord,’ will enter the kingdom of heaven, but only the one who does the will of my Father who is in heaven” (Matt 7:21); doing God’s will takes effort—it takes effort to know God’s will and it takes effort to carry out God’s will.

The eunuch from Ethiopia sets an example of someone who put forth effort to follow the Lord. Let’s examine his example and learn: “Serving Jesus requires effort.”

To put forth effort to serve Jesus, the eunuch ADORED him, vv 26-28a.

In other words, the eunuch worshiped the Lord. The eunuch wasn’t a Jew, but he traveled from Ethiopia to Jerusalem to worship. The term “Ethiopia” refers to a kingdom in what is modern Sudan; the eunuch traveled a long way to worship in Jerusalem.

Luke called this man a eunuch. Men who served queens in the ancient world were often castrated. Eunuchs could not fully participate in worship at the temple (Deut 23:1), but this man still made a great effort to worship.

To put forth effort to serve Jesus, the eunuch ABSORBED him, vv 28-30a.

In other words, the eunuch studied the word of the Lord. The eunuch studied the truth Isaiah wrote about Jesus. It was rare for someone to possess a copy of any book in antiquity because they had to be copied by hand. The process of producing a book was, therefore, expensive. This man had likely paid a great deal of money to have this scroll; he really put forth effort to have the Bible in front of him.

To put forth effort to serve Jesus, the eunuch accepted AID, vv 29-34.

To put forth effort to serve Jesus, the eunuch ABIDED BY teaching, vv 35-38.

In other words, the eunuch obeyed the truth Philip had taught him. After listening to Philip’s preaching “the good news about Jesus,” the eunuch asked what kept him from being baptized. The eunuch was then baptized and obeyed what he had been taught.

Being a child of God takes serious work, for “Serving Jesus requires effort.”

If you are willing to put forth effort to serve Jesus, you must ADORE him.

You need to worship Jesus. Think about the effort the eunuch went through to worship God: He traveled from south of modern Ethiopia to Jerusalem through desert in a chariot to worship, and he had to worship from afar because he was a eunuch. And, we have folks today who won’t get out of bed on Sunday morning to gather for worship.

We talk sometimes about the truth God commanded worship. He did: We must not give “up meeting together, as some are in the habit of doing, but encouraging one another—and all the more as you see the Day approaching” (Heb 10:25). But at the heart of the matter is the fact God deserves my worship:

Both those texts speak of what God and his Christ have done to demonstrate their worthiness to receive worship. Take a look at your life and see what God has done, what blessings he has given, what sins he has forgiven, what marvelous grace he has poured forth, and come and bow before him in worship. Make the effort to honor him.

If you are willing to put forth effort to serve Jesus, you must ABSORB him.

The eunuch made the effort to own a copy of Scripture and to study Scripture. If you are to make an effort to serve Jesus, you need to spend time in Scripture:

Commit to putting forth the effort to study Scripture. If you can track your favorite sports team, watch your favorite TV show, keep up your yard work, carry out your exercise routine, and make sure your car is in perfect condition, surely you can spend time in the Word of God! Make the effort to serve Jesus.

If you are willing to put forth effort to serve Jesus, you must ASK.

The eunuch was unsure about the identity of the Suffering Servant, so he asked Philip about whom Isaiah spoke.

In putting forth effort to serve Jesus, you need to be willing to ask when you don’t understand. Some Scriptures are difficult to understand; Peter said as much: Paul’s “letters contain some things that are hard to understand” (2 Pet 3:16). When Ezra was instructing the returning exiles in the Law, the Levites, “read from the Book of the Law of God, making it clear and giving the meaning so that the people understood what was being read” (Neh 8:8). If you need help understanding the Word of God, be like the eunuch and find someone like the Levites who can make it clear and give the meaning.

If you are willing to put forth effort to serve Jesus, you must ABIDE BY the truth.

When the eunuch heard the Word of God, he obeyed the message he heard. If you are to follow Jesus, you need to abide by the truth and obey the word of Jesus. Obedience is so important: