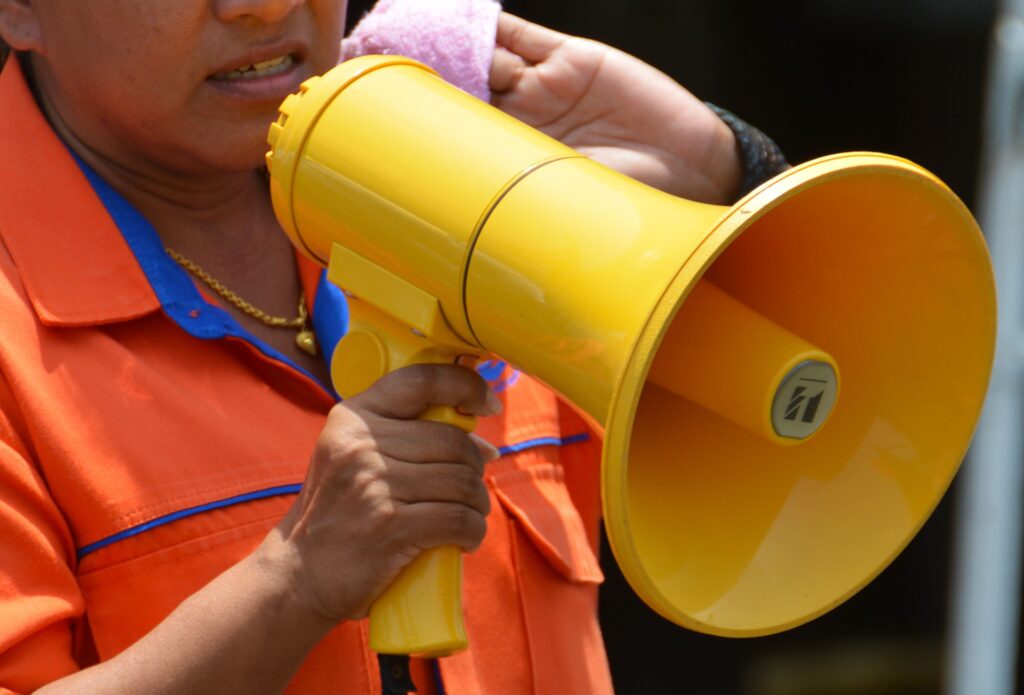 Tammy and I had a very rocky start to our marriage—honestly, we’re both amazed that we’re still married. And, I really hate to say this, but I, not Tammy, was at fault. I was immature, I was insecure, and I would rage at the smallest things.

I was the youth minister at a congregation, and late one night, after a youth activity, I lost my cool with Tammy and some other members of my family. Only my family was involved, but it was still an ugly and sinful situation.

I wasn’t sure what I should do. Well, the next day I called one of our elders and asked if he would meet me at the office. Elmer came to my office, and I sat and told the brother what I had done and the effect I’d had on my loved ones. Elmer prayed with me, loved me, and helped me.

David’s sin against Uriah had far-reaching consequences. But for nine months or so, David had kept his sin a private affair. David would later describe the period when he kept his sin private: “For when I kept silent, my bones wasted away through my groaning all day long. For day and night your hand was heavy upon me; my strength was dried up as by the heat of summer” (Ps 32:3-4).

However, God sent Nathan to David to confront the king about his sin. When the prophet confronted the king, David responded by saying, “I have sinned against the LORD” (2 Sam 12:13). No more coverup. No more excuses. Rather, a simple acknowledgement of sin. About his confession, David wrote, “I acknowledged my sin to you, and I did not cover my iniquity; I said, ‘I will confess my transgressions to the LORD,’ and you forgave the iniquity of my sin” (Ps 32:5). David found forgiveness when he confessed his sin.

This morning, we want to examine David’s response to Nathan’s rebuke and learn: “Confession must follow sin.”

Nowhere in Scripture are we told how Bathsheba felt about Uriah; however, we have this statement that she “lamented over her husband.”

The period of mourning was likely 7 days; that was the common period in the ancient world (Gen 50:10). Think about that. . . . It’s very likely that Bathsheba learned her beloved husband was dead one week and was married to the king the next. Can you imagine the roller coaster ride this poor woman had to endure?

“The thing that David had done displeased the LORD.” David had “successfully” hidden his sin from everybody for 9 months or more. However, he had not hidden his sin from God. There is no hiding sin from God; God knows everything you do. David himself wrote: “O LORD, you have searched me and known me! You know when I sit down and when I rise up; you discern my thoughts from afar” (Ps 139:1-2). When the apostles were choosing a replacement for Judas, Peter prayed, “You, Lord, who know the hearts of all. . . .” (Acts 1:24). You might keep your sin a secret from everybody, but God knows it!

Kings were expected to be administrators of justice, so Nathan presented an injustice to the king.

David had an emotional outburst when he heard what the rich man had done; the Law didn’t permit one to be put to death for the rich man’s crimes (the penalty for David’s sins was death), but that was what David’s human anger wanted.

The restoration of the Lamb fourfold was required in God’s Covenant with his people (Ex 22:1).

God had given David his master’s wives. Saul’s harem would have become David’s responsibility. The point is that David could have slept with any number of his wives, but he chose to sleep with another man’s wife and then he killed that man.

David despised the Word of the Lord. You know that God in the Old Testament forbade adultery and murder, just as he does under the New Testament. But David, the king of God’s people, threw aside God’s will and did what he wanted.

God’s punishment for David fit the sin. David had been power-hungry and had killed. The sword would never depart from David’s house, and his wives would be given to another.

David had sinned privately, but his punishment would be public.

After Nathan confronted David, the king simply replied, “I have sinned against the LORD.” He admitted what he had done; therefore, the Lord forgave his sin.

You must CONSIDER your sin.

You must be confronted with your sin from the word of God. “I tell you the truth: it is to your advantage that I go away, for if I do not go away, the Helper will not come to you. But if I go, I will send him to you. And when he comes, he will convict the world concerning sin and righteousness and judgment” (Jn 16:7-8). The Spirit inspired Scripture, the Word of God; therein, the Spirit convicts the world concerning sin. “The word of God is living and active, sharper than any two-edged sword, piercing to the division of soul and of spirit, of joints and of marrow, and discerning the thoughts and intentions of the heart” (Heb 4:12).

This morning, you need to be confronted with your sin from the word of God. In Scripture, you will find several lists of sins; for example:

Go through those lists and write down your sins—yes, put them on paper. Look at them in black and white. If you are perfectly honest with yourself, you will see some of your weaknesses as you go through those inspired lists. Be honest and consider your sin!

You must CAUSE your sin.

Here’s what I mean: You need to examine your heart to see the root cause of your sin.

David’s root sin was arrogance, an ungrateful heart, and abuse of power. The sexual misconduct and murder—while clearly sinful—stemmed from deeper issues in David’s heart. Had David dealt with his heart—with his arrogance, ungratefulness, and thirst for power—he would never have committed adultery or murder.

Scripture informs us that all our sins come from deep-seated issues in the heart. “Out of the heart come evil thoughts, murder, adultery, sexual immorality, theft, false witness, slander” (Matt 15:19).

Examine your heart and ask yourself, “What is my root issue?” For example:

What is your root issue?

You must CONFESS your sin.

When confronted by Nathan, David confessed his sin. After being confronted by Scripture and examining your heart, you need to confess your sin. As John was preparing the way for Jesus, “all the country of Judea and all Jerusalem were going out to him and were being baptized by him in the river Jordan, confessing their sins” (Mk 1:5). In the Christian age, we’re urged to confess our sins: