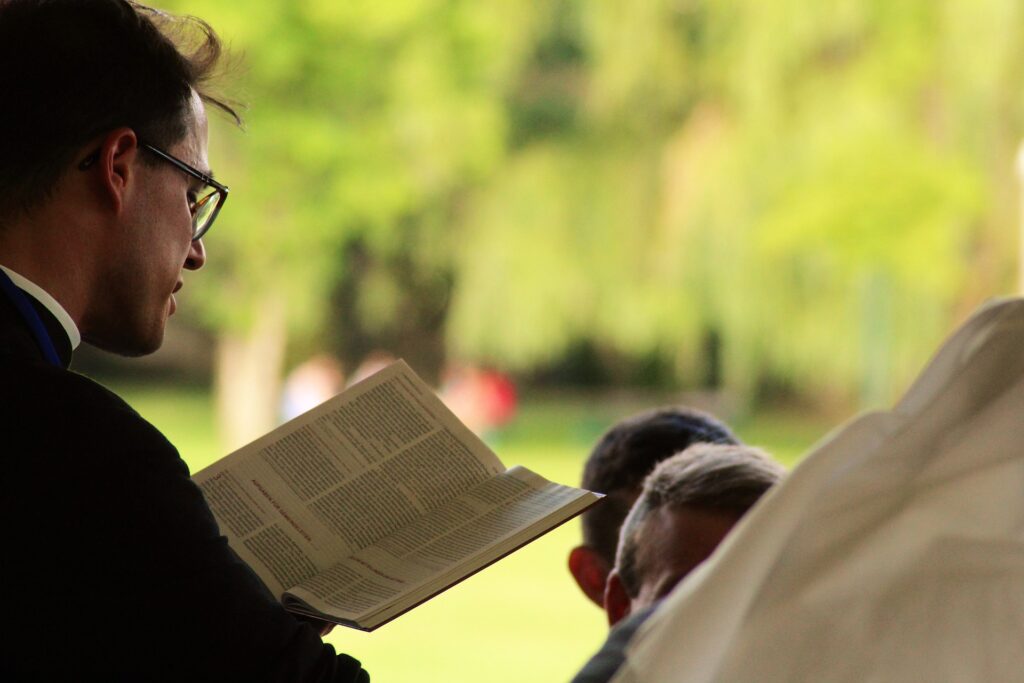 Campbell Morgan was a well-known Presbyterian preacher of the previous century. A Presbyterian deacon once asked on of Campbell Morgan’s grandsons if he intended to become a preacher like his grandfather, his father, and his uncles (all of Morgan’s four sons became preachers). The lad said, “No, sir! I’m going to work!”

There is that famous misconception that we who are preachers don’t really work. I never will forget the look on my dad’s face when he came home from visiting a certain couple. They were the type of folks who always wanted and wanted from the church, and when the congregation stopped giving them money, they were soon stopped attending. Dad had been to see them and told them that the church was unable to help them on their latest request. The man looked at Dad and said. “I wish I had a job where I only had to work one day a week.” I think anyone who has ever preached understands it is a full-time job—between sermon preparation, visitation, and administrative tasks, it’s hard to find enough hours to get everything done.

Paul, in the text before us this morning, speaks about the work of preaching. He was not concerned about informing people what he did on a day to day basis, however. Greek culture sometimes divinized heroes into gods. It doesn’t seem that the Corinthians had totally divinized Paul and Apollos. They were, however, coming dangerously close to that in that they were following Paul and Apollos far too closely.

What Paul does in this text is to lay out exactly who he and Apollos were. They were not to be divinized. They did not deserve a following. What exactly are preachers, according to Paul?

Paul asks two somewhat rhetorical questions in this text: “What, after all, is Apollos? And what is Paul?” The Corinthians were showing their worldly side by following Apollos and Paul: “When one says, ‘I follow Paul,’ and another, “I follow Apollos,’ are you not mere men?” (v. 4). Paul’s point is obvious: neither he nor Apollos deserve the following the Corinthians were ascribing to them. They were mere men, nothing more, nothing less.

Paul and Apollos were only servants through whom the Corinthians had come to believe. Jesus taught us to be servants, didn’t he? Matthew 20:25-28. At the Great Judgment scene, the King rewards those who served others (Mt 25:34-40).

Why would Paul want to emphasize that he and Apollos were only servants? Is there not a great difference in attitude between one who serves and one who expects to be served? Those who believe they ought to be served often also believe they deserve a following. If Paul had believed he deserved to be served, wouldn’t he likely have welcomed the faction at Corinth which owed their allegiance to him? In emphasizing his place as a servant, Paul takes the focus off himself and places it on God.

Queen Elizabeth II is currently in the United States on an official visit to commemorate the 400th
anniversary of the settlement of Jamestown. If the Queen’s servants, rather than the Queen, became the focus of media attention, how do you believe Buckingham Palace would react? Likewise, the apostle says, “I’m not the focus. God is.”

How do we view ourselves—as people whom others should serve or as servants for the cause of Christ? When we see a need in the congregation, do we sit back and wait for others to take the initiative, or do we roll up our sleeves to serve? When we face a need in our own lives, do sit back and wait for everyone to wait on us when we’ve never lifted a hand to help others?

I once visited with a man who had recently spent some time in the hospital. This gentleman complained that the church I was serving at the time had been uncompassionate toward him and that no one had visited him in the hospital. When the gentleman said this, he had recovered nicely to be able to do whatever he pleased, and it just so happened that there was another member of the congregation in the hospital. In one of my less wise moments, I asked this man if he had been to see the other member of the congregation in the hospital. He said, “No, why should I?” What is our attitude this morning? Do we have an attitude like Paul where we are servants, or do we have the attitude that we are a king and everyone ought to serve us?

Paul, of course, is discussing his and Apollos’ service in helping the Corinthians come to faith. That is a very important role we have in this world: “Go and make disciples of all nations, baptizing them in the name of the Father and of the Son and of the Holy Spirit, and teaching them to obey everything 1 have commanded you” (Matt 28:19-20). Are we involved in that work? Are we sharing the good news of Jesus Christ with those around us?

Paul planted the seed, Apollos watered it. but God made it grow, v. 6.

God made it grow. Just as the farmer makes nothing grow, the preacher makes nothing grow. The farmer can aid things in growing and the preacher can aid people in coming to Christ, but they cannot cause growth. How is it that God causes growth? The word which God speaks has the power to accomplish what he wills. Isaiah 55:10-11. “You have been born again, not of perishable seed, but of imperishable, through the living and enduring word of God” (1 Pet 1:23). The tense of “made it grow” in Greek indicates a continual process. In other words, God’s word never stops giving growth but that word is continually giving growth.

Neither he who plants nor he who waters is anything, but only God. who makes things grow, v. 7.

Paul is making the point that because he and Apollos are nothing, they do not deserve the following so those in Corinth were giving to them. It is only God who makes things grow; therefore, only God deserves allegiance, not Paul and not Apollos.

In too many congregations of our own age. allegiance is given to the preacher and not to God. I’ve seen individuals restored when a new preacher comes to town only to see them wander once more when that preacher left. I’ve seen individuals leave a congregation when the preacher leaves. Brethren, such things ought not be! We preachers are human; we do not deserve a following; our faith should always be in God and our allegiance must always be to him!

The man who plants and the man who waters have one purpose, v. 8a.

It’s been interesting at time in my work the reactions some things people have said when they decided to be baptized. People have said, “Justin, I know you’ve taught me, but do you mind if so-and-so baptizes me? I’ve known him so long.” Or, I’ve had people call and apologize for not asking me to preach a funeral but asking someone else. They might say something like. “This person has meant so much to our family for such a long time.” I’ll be honest. It’s odd to me that people feel the need to apologize. You see, other preachers and I prayerfully have one purpose, the advancement of the Gospel, not the advancement of ourselves or the praise of others.

Each man will be rewarded according to his own labor, v. 8b. The idea of being rewarded or punished for our work on earth is a common theme in Scripture. “We must all appear before the judgment seat of Christ, that each one may receive what is due him for the things done while in the body, whether good or bad” (2 Cor 5:10). “You know that the Lord will reward everyone for whatever good he does, whether slave or free” (Eph 6:8).

We are God’s fellow workers, v.9. It’s not certain what Paul means by God’s fellow workers, for he could mean two things which are equally true. Paul could mean that he and Apollos worked together for the cause of Christ—that is a point that he made previously when he said that he planted and Apollos watered. Paul could also mean that he and Apollos worked together with God—that is also a point he had made previously when he says that he planted. Apollos watered, and God gave the growth.

What kind of person are you this morning? Are you an individual with a servant heart? Do you have a humble heart where you realize the world doesn’t revolve around you? Are you working with fellow believers and with God to spread his Word throughout this community?