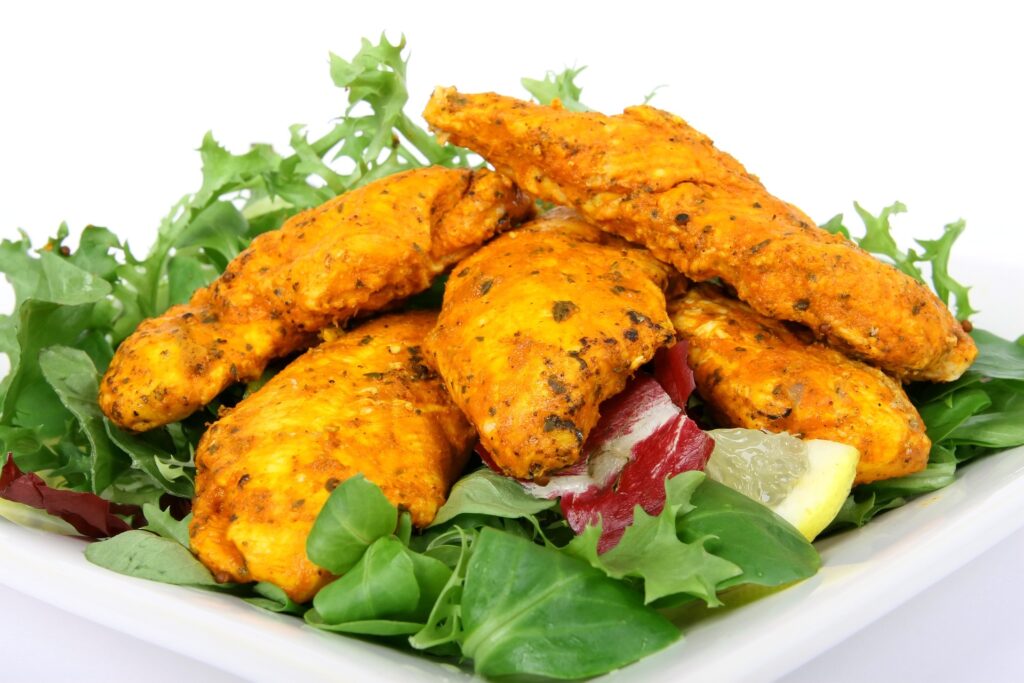 Comedians Jack Benny and George Burns were having lunch in a restaurant. Benny, whose wife Mary had put him on a strict diet that prohibited any butter, agonized aloud for a few minutes about whether or not to butter his bread. Burns evidently got tired of listening to him dither and demanded that he “just make this one decision for yourself!” Benny buttered his bread and ate it with great satisfaction. When the check came, Burns told the waiter to give it to Benny, who complained, “Why should I pay?” “If you don’t,” Burns replied, “I’ll tell Mary about the butter.”

We understand why Benny’s wife put him on a strict diet, don’t we? It all goes back to that old expression, “You are what you eat.” If you have heart problems, blood pressure problems, diabetes, and the like, you know that you have to be quite careful about what you eat. Yet, that idea-“You are what you eat”-applies to entire countries as well as to individual citizens. Decisions about which crops to grow and what’s good to eat had an impact on regional identities in colonial times. It also fueled the desire to secede from England.

Take the Pilgrims, for example. They quickly found that there was a problem with the Massachusetts soil-it would not grow wheat, a fundamental crop for proper English families. Corn was much better suited to New England soil, but back in their homeland corn was something that you fed to pigs. In time, the Puritans began to copy the Native Americans around them and to grow corn, and after a while they even began to like it. But when colonial leader John Winthrop visited London and made the case that corn was completely fit for human consumption, people looked at him as if he were recommending that they eat dog food. Winthrop returned to Massachusetts and began to realize that his people weren’t as English as they used to be. In time, the colonists started to take pride in their ability to feed themselves, independent of their homeland across the Atlantic. And when British soldiers began stealing food from colonial stockpiles, you can understand why revolution became such an attractive option!

What you eat and how you eat it can sometimes define the person. You are what you eat. It’s as true today as it was in Colonial America, and it was true in the Corinthian church of the first century as well.

Paul has been dealing with the Corinthians’ desire for meat offered to idols since chapter 8. In the ninth chapter, Paul detailed how he himself gave up some of his rights to further the gospel, and in the first part of the tenth chapter, Paul argues from Israelite history-how they fell because of sexual immorality and idolatry.

In this paragraph, Paul sums it all up, and he writes, “Therefore, my beloved, flee from idolatry” (v. 14). The “beloved” of v. 14 shows Paul’s genuine interest in the Corinthians. He isn’t just interested in scolding them for their behavior, but he’s interested in correcting their behavior because he loves them. They are to flee from idolatry, to get as far away from it as possible-quite like Joseph ran out of Potiphar’s house when Potiphar’s wife tried to seduce him.

Why should the Corinthians flee from idolatry? In this passage, it all has to do with fellowship.

We also bless this cup, following the example of Jesus. “He took a cup, and when he had given thanks he gave it to them, saying, ‘Drink of it, all of you’” (Matt 26:27). If Jesus Christ gave thanks for the cup, how much more do you think we ought to give thanks for it? This is the cup which is the New Testament and thus frees us from the regulations of the Old Law and says that even we Gentiles can come to God. This is the cup which is poured out for many for the forgiveness of sins. This is the cup by which we are forgiven all our transgressions. This is the cup-as we’ll see in a moment-that provides eternal life to each one of us. Brethren, when it’s time for the Supper, let us make sure that we pour out our hearts to God in thankfulness for the wonderful feast he has prepared!

The important point is that our taking this cup is participation in the blood of Christ.

The bread we break is likewise participation in the body of Christ.

There is one bread. We, who are many, are one body, for we all partake of one bread. Throughout this book, Paul has had a great concern for the one body. “I appeal to you, brothers, by the name of our Lord Jesus Christ, that all of you agree, and that there be no divisions among you, but that you be united in the same mind and the same judgment” (1 Cor 1:10). When the discussion turns to miraculous spiritual gifts, Paul writes: “Just as the body is one and has many members, and all the members of the body, though many, are one body, so it is with Christ. For in one Spirit we were all baptized into one body-Jews or Greeks, slaves or free-and all were made to drink of one Spirit” (1 Cor 12:12-13).

“What do I mean to imply then? That food offered to idols is anything, or that an idol is anything? No, I imply that what pagans sacrifice they offer to demons and not to God. I do not want you to be participants with demons. You cannot drink the cup of the Lord and the cup of demons. You cannot partake of the table of the Lord and the table of demons.”

Paul wants the Corinthians to understand that he is quite cognizant that idols are nothing. He does not mean to imply that the food offered to idols has really been offered to a god or that the idols themselves are real gods. Paul has already made the point that idols aren’t anything.

However, what pagans sacrifice they offer to demons and not to God. From what Paul writes here, we understand that idolatry is pagan worship-think about that for a moment: the next time you’re in an establishment and see a Buddha with food in front of him, understand those folks are worshiping demons.

We know that we are struggling against all sorts of demonic forces. “We do not wrestle against flesh and blood, but against the rulers, against the authorities, against the cosmic powers over this present darkness, against the spiritual forces of evil in the heavenly places” (Eph 6:12). Paul even asserts that false doctrine comes through demons: “The Spirit expressly says that in later times some will depart from the faith by devoting themselves to deceitful spirits and teachings of demons” (1 Tim 4:1).

Jesus struggled mightily against demons and Cast them out of many. Jesus, for example, cast out seven demons from Mary Magdalene (Lk 8:2). If demon possession, as in the case of Mary, were possible today, we would need the miraculous measure of the Spirit, or guidelines for casting out demons and the Bible provides none.

Eating together in the ancient world was quite an intimate affair.

After Jesus announced that one of his disciples would betray him, we read, “One of his disciples, whom Jesus loved, was reclining at table close to Jesus” (Jn 13:23). Instead of “close to Jesus” the Greek reads “in the bosom of Jesus.” The KJV gets it quite accurate and translates this phrase: “There was leaning on Jesus’ bosom one of his disciples.” The men would lead on their left elbow and lean into the person on his right. Thus, your head would be right in the chest of the person on your right. Thus, women did not eat with men unless they were family.

Not only did eating together in the ancient world involve a great deal of physical nearness, but it was also a sign of great friendship: In speaking of disfellowship, Paul writes about the immoral: “Not even to eat with such a one.”

Thus, eating part of a sacrifice in a pagan temple showed great affinity for paganism.

This also provided an opportunity for the Corinthians to come under the influence of demons. In other words, they could lapse back into paganism by being so careless and playing with it. No wonder Paul tells the Corinthians in opening this paragraph: “Flee from idolatry” (v. 14). The Corinthians needed to understand that being around paganism opened them up to falling into it. In warning his son not to be tempted by the adulteress, Solomon writes: “Can a man carry fire next to his chest and his clothes not be burned?” (Prov 6:27). Solomon himself is a wonderful illustration of what happens when we play with temptation: 1 Kings 11:1-4. Solomon ended up playing with temptation and he ended up being burned!

What do we need to learn?

We need to be quite careful about our association.

That’s the context. If we are careless in the company we keep or with what we allow into our minds, we are inviting danger. “Bad company ruins good morals” (1 Cor 15:33). “Avoid irreverent babble, for it will lead people into more and more ungodliness, and their talk will spread like gangrene. Among them are Hymenaeus and Philetus, who have swerved from the truth, saying that the resurrection has already happened. They are upsetting the faith of some” (2 Tim 2:16-18).

Why do we need to be careful about associations? We can become desensitized to error. Think for a moment: How much do we cringe when we hear profanity on the TV or when we see sexual immorality on the TV? Do we still blush? Are we still embarrassed? How far have we come since Clark Gable uttered a four-letter word in Gone with the Wind and such furor erupted? Paul is warning the Corinthians to stay away from such stuff so they don’t become swept up in it.

How much are we staying away from evil? Do we watch TV shows with themes which are grossly immoral? Do we hang around people at work who live immoral lives and who attempt to get us to join in their debauchery? Where are our minds? What company do we keep?

We cannot fellowship with the world and come before God as though everything’s okay.

Paul tells the Corinthians that they can’t participate in idolatrous worship on Saturday and come before God on Sunday-they could not take partake of the table of demons and the table of the Lord.

If we are running with the world, our fellowship with God has been severed. “You adulterous people! Do you not know that friendship with the world is enmity with God? Therefore whoever wishes to be a friend of the world makes himself an enemy of God” (Js 4:4). Where is our friendship this morning? Where is our allegiance? Do we have heartfelt, full service to God? Or, are we trying to serve God on Sunday and the world through the week?