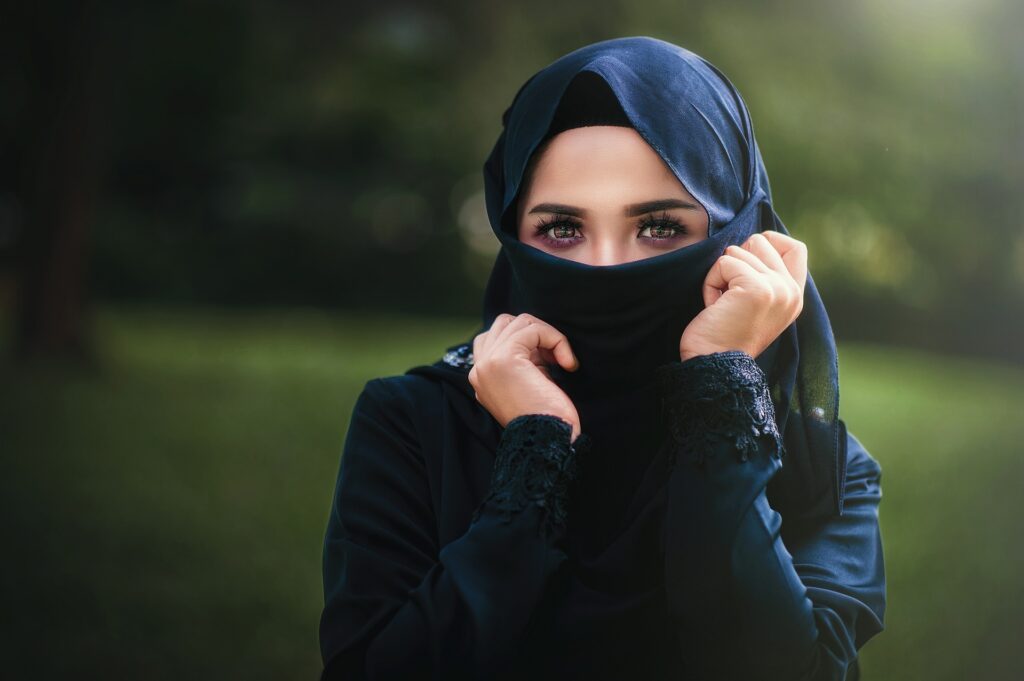 A preacher in the pulpit saw a man in the back pew wearing a hat. The preacher summoned one of the elders, who went to see the man and ask him if he realized that his hat was still on. The man in the back pew shouted so that everyone could hear him and said, “I thought that would do it. I have attended this church for six months, and you are the first person who has spoken to me.”

Our text this evening centers around whether or not to cover our heads. This text puzzles many, and I’ll be the first to admit that it once troubled me greatly. Growing up, I’d read this text and wonder if my mother was going to hell for not wearing a hat to church. I’d be told that this text was “cultural,” and it simply didn’t apply anymore. That troubled me even more on some levels. Yes, I understand that Scripture was written in a real cultural context, but how do we determine what is cultural and what is binding?

Some of our brethren, as you know, make a big deal about whether or not women wear hats in church.

The text is highly bound up in the culture of the first century. We often come to this text and simply say, “It’s culture and it doesn’t apply to us” without thinking about why it’s cultural. If we do that, we’re not being honest with the text. As we go through the text, I believe it’s important to think about precisely why we believe this text is not binding on us today.

While this passage is especially applicable to the Corinthians Christians to whom Paul writes, there is much we need to learn from this text.

Paul begins talking about headship in this passage. The question is often raised about what exactly “head” means in this text.

The head of every man is Christ. That is an extremely important statement about male spiritual leadership. Many times, when we talk about male spiritual leadership–whether in the home or in the church–people get the idea that we’re talking about women just doing whatever we guys say. However, notice that here Paul declares–at the very beginning of the discussion–that the head of man is Christ. Man does not have absolute authority over the woman–he is to lead the woman according to the authority of Christ. Man also, because Christ is his head, needs to model his leadership after that of Christ. Christ, while He has great authority over the church, never demonstrated that authority in an overbearing or dictatorial manner. Rather, Jesus demonstrated His authority in a loving, sacrificial manner (Eph 5:25-27).

The head of a wife is her husband. The English Standard Version is one of the few translations to place “wife” here rather than “woman.” The difficulty in translating this is that the Greek word can mean either “wife” or “woman,” depending on the context. The Greek term is gyne, from which we get the English “gynecology.” However we should understand the word in this context–as “wife” or “woman”–it is obvious that God intends women to submit to men both in the home and in the church.

The head of Christ is God. Jesus received His authority from the Father: “All authority has been given to Me in heaven and on earth” (Matt 28:18).

A man should not pray or prophesy with a covered head, but a woman should pray and prophesy with a covered head. It was extremely common in antiquity for both men and women to cover their heads when they offered sacrifices to the gods. There is a statue found just outside Rome of the Emperor Augustus offering a sacrifice, and his head is covered. There is another image from a vase dating from about 490 BC of a woman pouring out a sacrifice, and she has a garland on her head./p>

Yet, in antiquity both men and women covered their head to worship. Why then did Paul tell the women to cover their heads in this text?

Therefore, what we need to grasp for the modern world from this “strange” text is that there are different roles for men and women among God’s people. While husbands are to love their wives as Christ loved the church and while women are not at all inferior to men, women have a role of submission. Scripture clearly teaches this role of submission (1 Tim 2:8-15; Eph 5:24).

Spencer Tracy was once asked why he always insisted on top billing when he co-starred in films with Katherine Hepburn. “Why not?” asked Tracy. “Well, after all,” came the response, “She’s the lady and you’re the man. Ladies first?” Tracy said, “This is a movie, not a lifeboat.” Brethren, this is the church, not the world. While we need women to serve in the church and while they can do much in the church, they must remain in submission to men.

The Interdependence of the Sexes, vv 11-12

How much work could this church do without the women here? How many of you men have been converted through the influence of your good, godly wives? How many children have good Bible classes because of the effort you sisters put into teaching them?

Paul has been discussing the principle in the church that women and men are interdependent, and how he turns his attention to nature.

We need to understand the dependence of the woman on the man, and the dependence of the man on the woman. Paul declares that there is such interdependence both in the church and in nature. Think about such interdependence for a moment. Guys, where would we be without the women in your lives? Ladies, where would you be without the men in your lives? Where would we be as a church without godly women fulfilling their roles and godly men fulfilling their roles?

This goes a long way in demonstrating that while there are different roles for man and women in the church and in the home, women are not inferior to men, but are in every way our equal.

Are you fulfilling your special role in the church?