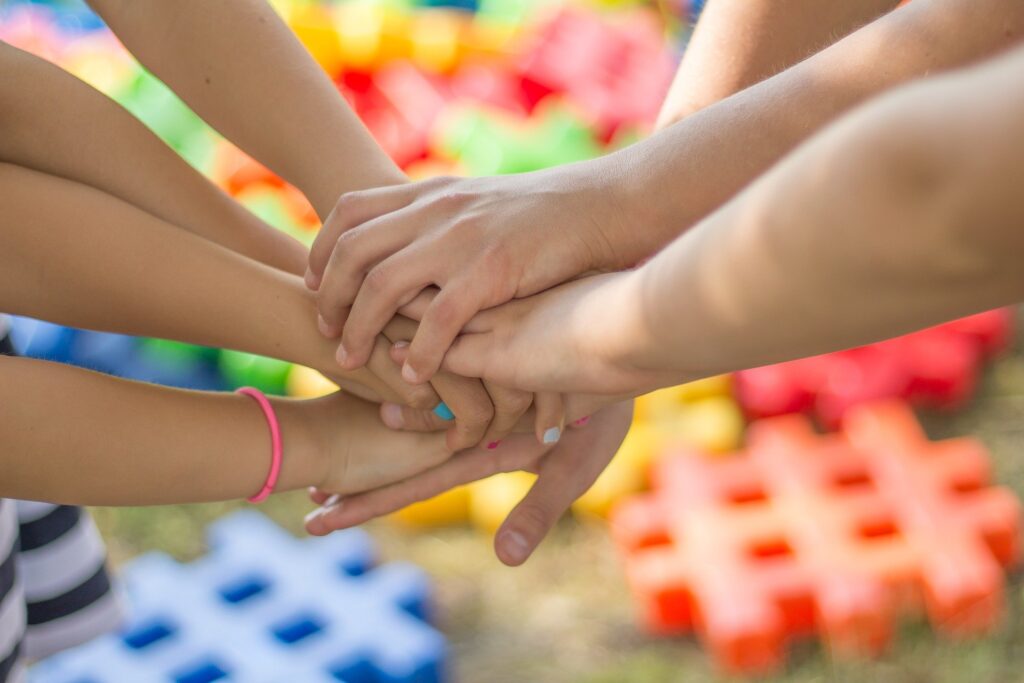 In January 1926, six-year-old Richard Stanley showed signs of diphtheria, signaling the possibility of an outbreak in the small town of Nome, Alaska. When the boy passed away a day later, Dr. Curtin Welch began immunizing children and adults with an experimental but effective anti-diphtheria serum. It wasn’t long before Dr. Welch’s supply ran out, and the nearest serum was in Nenana, Alaska—1000 miles of frozen wilderness away.

Amazingly, a group of trappers and prospectors volunteered to cover the distance with their dog teams! Operating in relays from trading post to trapping station and beyond, one sled started out from Nome while another, carrying the serum, started from Nenana. Oblivious to frostbite, fatigue, and exhaustion, the teamsters went relentlessly until, after 144 hours in minus-50-degree winds, the serum was delivered to Nome.

As a result, only one other life was lost to the potential epidemic. Their sacrifice had given an entire town the gift of life. Today, the annual Iditarod Race in Alaska commemorates what is commonly known as the “Great Race of Mercy.”

Only because many Alaskans worked together was Nome saved from a great diphtheria epidemic. Only by working together can we truly do what God has called us to do. When Amalek came and fought against Israel, Moses discovered that if he held up his hands, Israel prevailed but if he lowered his hands Amalek prevailed. We then read: “Moses’ hands grew weary, so they took a stone and put it under him, and he sat on it, while Aaron and Hur held up his hands, one on one side, and the other on the other side. So his hands were steady until the going down of the sun. And Joshua overwhelmed Amalek and his people with the sword” (Ex 17:12-13). As the Jews under Nehemiah were rebuilding the walls of Jerusalem, Sanballat, Tobia, the Arabs, the Ammonites, and the Ashdodites plotted to fight and stop that building. Nehemiah records what he did: “From that day on, half of my servants worked on construction, and half held the spears, shields, bows, and coats of mail. And the leaders stood behind the whole house of Judah, who were building on the wall” (Neh 4:16-17a).

It seems that attitude was a problem in Corinth. In chapters 12-14, Paul makes the point that the gift of tongues is no better than any other spiritual gift. It seems, therefore, that the Corinthians believed that if they could speak in tongues, they were better than those who could not. There wasn’t a spirit of cooperation. Those who spoke in tongues wanted the spotlight. They wanted the glory. In this morning’s text, Paul writes to the Corinthians to urge them to cooperate with one another. “No gift is better than any other gift,” Paul says. Instead of thinking one gift was better than another, the Corinthians needed to cooperate in the exercise of their gifts.

This text displays a strong Trinitarian slant—Paul speaks of one Spirit, one Lord, and one God. We understand that there is complete and utter unity in the Godhead. “I and the Father are one” (Jn 10:30). When promising the Spirit to the disciples, Jesus says, “When the Spirit of truth comes, he will guide you into all the truth, for he will not speak on his own authority, but whatever he hears he will speak. . . . He will glorify me, for he will take what is mine and declare it to you” (Jn 16:13-14). So, Jesus is one with his Father, and the Spirit glorifies Christ—the Godhead has complete unity.

It’s not exactly clear to us what all these gifts were. What is the difference in the utterance of wisdom and the utterance of knowledge? How do those gifts differ from prophecy? What is the gift of faith, and how was it used? Yet, that’s not important. What is vitally important is that these gifts came from the same Spirit. So, if I spoke in tongues, I couldn’t say that my gift was better than your gift of faith. I couldn’t say that your gift of faith was better than someone else’s gift of prophecy.

Do we not have a tendency to think our gifts are better than someone else’s? I’ve been tempted to go home after a really good sermon and think, “I hit that out of the ballpark,” but the ability God has given me is no better—none whatsoever—than your gift to listen with empathy to someone facing chemotherapy. Maybe someone else is tempted to believe that her ability to cook for the ill is better than your gift to clean the building. Or someone who brings many to Jesus might think that gift is better than the gift of praying with those facing trials. No gift is better than another, for they all come from God. But are we thinking our gifts are better than others?

There are varieties of service, but het same Lord. The word service here is actually a form of the word “deacon.” The idea is clearly ministry to others. Thus, you and I might serve one another, this world, and our Lord in different ways, but we serve under the same Lord.

There are varieties of activities, but the same God empowers them all. There are different works to be performed in our duties as a congregation, but one God works in them all.

A.T. Pierson, a preacher of the 1800’s, aptly said: “Whatever is done for God, without respect of its comparative character as related to other acts, is service, and only that is service. Service is, comprehensively speaking, doing the will of God. He is the object. All is for Him, for His sake, as unto the Lord, not as unto man. Hence, even the humblest act of humblest discipline acquires a certain divine quality by its being done with reference to Him. The supreme test of service is this: ‘For whom am I doing this?’ Much that we call service to Christ is not such at all. . . . if we are doing this for Christ, we shall not care for human reward or even recognition. Our work must again be tested by three propositions: Is it work from God, as given us to do from Him; for God, as finding in Him its secret of power; and with God, as only a part of His work in which we engage as co-workers with Him.” Is that a description of our service?

It’s important to note that Paul speaks of a specific manifestation in the singular here. Although the miraculous gifts in Corinth differed greatly from one another, they were still the same gift—i.e., they had the same source, the same power, and the same purpose. Therefore, while the gifts were different, they were the same gift—just as different congregations are meeting across the globe this day, but we’re all the body of Christ.

As I’ve already mentioned, our gifts in this modern congregation differ from one another. While they are different gifts, they are all non-miraculous manifestations of God. If through my gift of evangelizing, someone comes to God, God has used me. If through your gift of encouragement, someone remains faithful to God, God has used you. If through your gift of generosity, some widow has heat in the winter, God has used you. Therefore, regardless of what gifts we have, our gifts are manifestations of God, for God is working through and in us.

This manifestation of the Spirit is given to each. God did not overlook anyone at Corinth int eh distribution of gifts. Each of the brethren there had some sort of gift.

We each have some sort of spiritual gift. Paul details what spiritual gifts are available: “Having gifts that differ according to the grace given to us, let us use them: if prophecy, in proportion to our faith; service, in our serving; the one who teaches, in his teaching; the one who exhorts, in his exhortation; the one who contributes, in his generosity; the one who leads, with zeal; the one who does acts of mercy, with cheerfulness” (Rom 12:6-8). Prophecy is obviously not available today. However, it seems to me that the other gifts are just as available now as when Paul wrote—the context has nothing to do with miraculous gifts ,and we still have those who serve, who teach, who exhorts, and the like.

God, in his bestowal of these gifts, overlooks not a single one of us. In the Parable of the Talents, we read: “A man [was] going on a journey, [and he] called his servants and entrusted to them his property. To one he gave five talents, to another two, to another one, to each according to his ability” (Matt 25:14-15). While each servant received a different gift, each servant received a gift. “Grace was given to each one of us according to the measure of Christ’s gift” (Eph 4:7). Paul then mentions in verse 11 four gifts that Christ has given, two that are now unavailable to us (apostles and prophets) and two that are still available (evangelists and teaching-shepherds). Are we using the gifts God has given us?

Not only does Paul inform us that God has given to each of us a gift, but he informs us the purpose—the DRIVE—for which we have these gifts: “for the common good.”

We have already mentioned this morning the Corinthian philosophy that some gifts were better than others. Paul has already declared that such a philosophy was erroneous, for those diverse gifts come from a unified God. Now, he tells us that those gifts are “for the common good.” The Corinthians had no reason to boast in their gifts, for they had the same purpose—the benefit of the body of Christ. Notice, for example, what Paul says about the gift of prophecy: “On the other hand, the one who prophesies speaks to people for their upbuilding and encouragement and consolation” (1 Cor 14:3). The Corinthians couldn’t boast in their gifts, for those gifts were for God’s glory, not their own glory.

What spiritual gifts do you have—serving, teaching, generosity, leading? Are you using that gift for yourself or for the benefit of your brethren?

“All these are empowered by one and the same Spirit, who apportions to each one individually what he wills.”

The Spirit—and the Spirit alone—decided what gifts the Corinthians received.

As something of a sidebar here, modern Pentecostalism generally asserts that all true Christians speak in tongues. That is blatantly false. Even if miraculous gifts were still available, not all Christians would have the same miraculous gift—the Spirit would—as when these gifts were available—give them as he, not any man, wills.

It only makes sense that God determines what gifts I receive:

These are gifts for the common good. Paul is going to use the illustration of the human body in the remainder of this chapter. The apostle will use that illustration to argue for the necessary diversity of gifts. We wouldn’t want bodies that were only eyes or only hands or only kidneys or only lungs—they couldn’t function appropriately that way.

When Tammy and I first married, I learned just how much she complimented me. For example, I’m reserved, but she’s quite outgoing. I’m not nearly as reserved as I once was, because her ability—one I lacked—proved beneficial to me. Likewise, in the church, our diverse gifts help us become all we need to be.