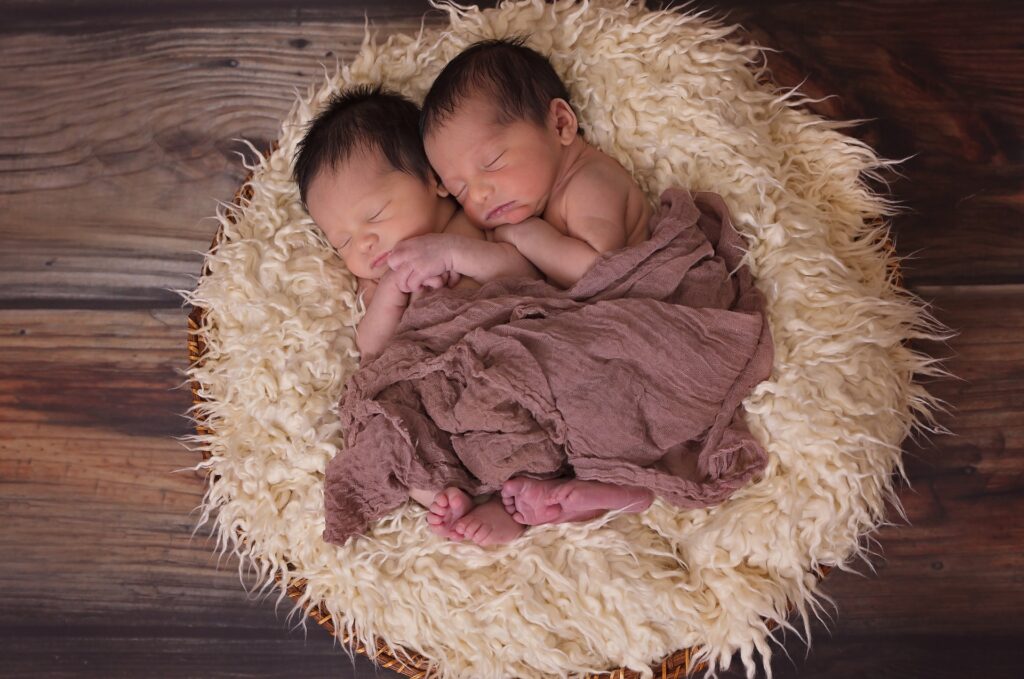 Children often have a vastly different perspective on life than adults have. Some third graders were studying a unit on patriotism. After a discussion about how France had given us the Statue of Liberty, the teacher asked how many of her pupils had seen the statue. Several children raised their hands. Seeing an opportunity to recite the dramatic inscription on the statue, she asked the students if anyone knew what was written on the base of the statue. After a long pause, one youngster raised her hand and said, “Made in France!”

In the passage this morning, we have adults who are acting like children, and Paul says that it’s time for them to grow up. The childish behavior of the Corinthians is seen in their arguing over spiritual gifts. Tongue-speakers thought they were the epitome of Christianity and that those who couldn’t speak in tongues weren’t really Christians. Arguments ensued. Quarreling is a clear sign of Christian immaturity: “While there is jealousy and strife among you, are you not of the flesh and behaving only in a human way?” (1 Cor 3:3).

To combat such immaturity, Paul writes about the supremacy of love. Love does not act in the self-seeking, boastful way the Corinthians were acting. Not only that, but love is permanent—the spiritual gifts are not.

What Paul is doing here is contrasting the permanence of love with the temporary nature of the spiritual gifts. The Corinthians were arguing about gifts that were passing away instead of demonstrating a love that never passes away. They had it all backwards—those gifts that were soon going to vanish were not worth rending the church, but love was highly worth keeping the church intact.

Don’t we—like the Corinthians—often have things backwards? Don’t we often bicker about the smallest of things while we neglect things that are so important? A couple of months ago, RJ had a baseball game at the same time that Wil had a game. Tammy dropped RJ and me off in South Charleston, and she took Wil to his game. The way those parents acted was reprehensible. They were screaming at the umpire, they were yelling at the coaches and the kids. I was seriously tempted to call Tammy and tell her to come and pick us up. But, you know what else I wanted to do? I wanted to stand up and say, “It’s just a game. It’s not going to matter in five years who won or lost. Let’s just let the kids have fun.” The way those parents were acting will leave an imprint in their children’s mind long after that game is forgotten.

But, don’t you and I have a tendency to do the very same thing? Have you ever argued with your spouse, not spoken for days, and then had a hard time remembering what you were fighting over? Whatever you were arguing about wasn’t important—it wasn’t worth the hurt feelings, the harsh words, and the unkind acts. But, they love you have was worth keeping those things out of the relationship. Let us remember to keep love at the forefront of who we are and what we do.

Here’s the whole point of what Paul’s been writing: these gifts you value so deeply are going to end, but the love you can demonstrate to one another does not have to end.

Granted, Paul was an apostle not like the others. I once had a guy say that he knew men who were apostles like Paul was—Jesus just appeared to them and they were apostles. That’s fine. Let’s take them down to the hospital and let them clean it out. If they say, “Mister, you don’t believe, so it’s not going to happen.” Fine. Strike me blind like Paul did Elymas when that magician tried to turn men from the truth.

Furthermore, these gifts have served their purpose. The great salvation “was declared at first by the Lord, and it was attested to us by those who heard, while God also bore witness by signs and wonders and various miracles and by gifts of the Holy Spirit distributed according to his will” (Heb 2:3-4). Since the word has already been confirmed, there is no need for those gifts.

So, the Corinthians were arguing about things which were coming to an end. We know historically that the gift of tongues died out around AD 100. Origen (AD 185-254) wrote: “These things [miraculous gifts] diminished and are no longer widespread.” John Chrysostom (AD 347-407) wrote in a commentary on 1 Corinthians that he had “ignorance of the facts referred to and by their cessation, being such as then used to occur, but now no longer take place.”

However, there was tongue-speaking taking place in the church a century or so after the apostles. A man named Montanus attempted to reinstitute miraculous gifts. But, Montanus was considered a heretic! Eusebius, the well-known church historian, wrote that Montanus “was carried away in spirit, and was wrought up into a certain kind of frenzy and irregular ecstasy, raving, and speaking, and uttering strange things and proclaiming what was contrary to the institutions that he prevailed in the church.” Notice that Eusebius says that Montanus acted contrary to the teaching of the church.

Since the death of the apostles, all tongue-speaking has been contrary to the teaching of God.

“We know in part and we prophesy in part, but when the perfect comes, the partial will pass away. When I was a child, I spoke like a child, I thought like a child, I reasoned like a child. When I became a man, I gave up childish ways. For now we see in a mirror dimly, but then face to face. Now I know in part; then I shall know fully, even as I have been fully known.”

We know only know and prophesy in part, but the partial will pass away when the perfect comes. I’m not really convinced that “the perfect” is the best translation here. The Greek term can mean “mature,” and it is more commonly used that way. Paul uses the term two other times in First Corinthians and both times, the word means “mature.”

Maturity fits here, for Paul speaks of being a child and then growing up. Of course, those who would argue that “the perfect” is the better translation would point to the contrast between the perfect and the partial.

If you are like I am, you have heard all your life that “the perfect” refers to Scripture. In fact, James uses the same Greek term when he writes: “The one who looks into the perfect law, the law of liberty, and perseveres, being no hearer who forgets but a doer who acts, he will be blessed in his doing” (Js 1:25). Yet, I’m not fully convinced that Paul has Scripture in mind when he writes of the perfect. So, if Paul doesn’t refer to Scripture, what does Paul mean when he says, “When the mature comes, the partial will pass away”?

It seems to me that Paul writes of the mature church, and he says that when the church reaches maturity, these gifts will no longer be needed. I have come to that conclusion, because Paul elsewhere writes in almost identical terms: “He gave the apostles, the prophets, the evangelists, the pastors and teachers, to equip the saints for the work of ministry, for building up the body of Christ, until we all attain to the unity of the faith and of the knowledge of the Son of God, to mature manhood, to the measure of the stature of the fullness of Christ, so that we may no longer be children, tossed to and fro by the waves and carried about by every wind of doctrine, by human cunning, by craftiness in deceitful schemes” (Eph 4:11-14). Paul in Ephesians 4 speaks of apostles and prophets—offices which exercised supernatural gifts discussed in First Corinthians. The apostles and prophets, along with evangelists and teaching-pastors were to bring the church to “mature manhood.” The term “mature” here is the same word we have in v 10 for “perfect.” That maturity is contrasted with being children, just as Paul contrasts maturity and immaturity in this morning’s text.

Thus, the gifts were given so that the church might reach maturity. We get an understanding of that from the next chapter where Paul writes: “The one who prophesies speaks to people for their upbuilding and encouragement and consolation . . . . The one who prophesies is greater than the one who speaks in tongues, unless someone interprets, so that the church may be built up” (14:3, 5). Therefore, the gifts were to continue until the church reached maturity.

Maturity could not come until the will of God had been fully revealed. The Scriptures produce maturity among God’s people. “All Scripture is breathed out by God and profitable for teaching, for reproof, for correction, and for training in righteousness, that the man of God may be competent, equipped for every good work” (2 Tim 3:16-17). “Like newborn infants, long for the pure spiritual milk, that by it you may grow up into salvation” (1 Pet 2:2). Are we growing through the Word? Do we spend regular time in the Word when we’re not sitting in a pew? Do we seek to study Scripture with the church on Sunday evenings and Wednesday evenings so that we can grow to maturity?

When we grow up, it’s time to put away childish things, v 11. Paul isn’t saying that it is childish to speak in tongues. Paul himself spoke in tongues—“I thank God that I speak in tongues more than all of you” (14:18). Perhaps, Paul does want to speak of the childish way the Corinthians were acting. The Corinthians were bickering and fighting over these gifts, rather than dealing with them in a mature way. Children are known for bickering and fighting—Tammy’s about to lose her mind this summer, for it seems all the boys want to do is bicker and fight.

Now we see in a mirror dimly, but then face to face. Now I know in part; then I shall know fully, even as I have been fully known, v. 12. Corinthian mirrors were famous, and while they weren’t nearly as clear as what we have today, they weren’t all that bad. Notice what Paul does here: he contrasts seeing in a mirror and seeing face-to-face. Which would provide the clearest representation of what I truly look like: seeing my face in a Corinthian mirror or being able to look at my face? Paul tells the Corinthians: we are now looking roughly at truth through the mirror of prophecy and tongue-speaking, but a day is coming when the church will be able to see the truth in all its clearness.

At that point, we would also know fully, even as we have been fully known. In other words, just as God knows us fully, the church would come to know him fully through Scripture. Granted, there are many things we do not know about God from Scripture—I have far more questions than I have answers. But, I know every single thing God needs me to know through Scripture.