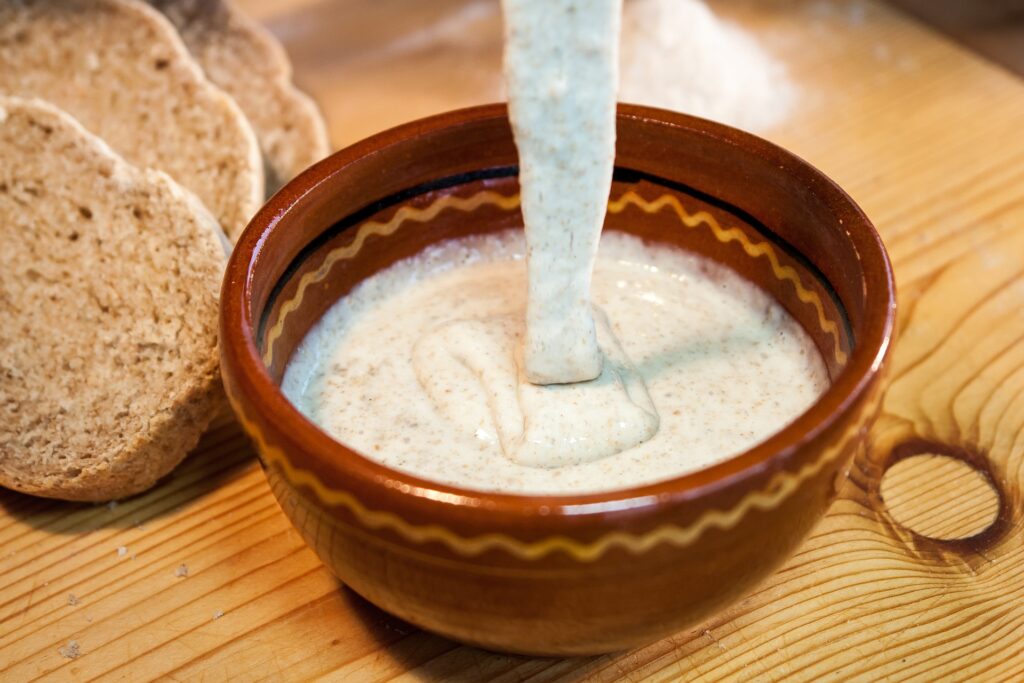 At one congregation, we had two Sunday morning adult classes when I arrived. I taught in the auditorium, and one of the men taught one in the church library. The man who taught in the library had a teenage boy who was about to graduate from high school. This boy wanted to go into some sort of ministry role as a career, so his father thought it would be a good idea for him to teach. The boy taught a couple weeks, and he started teaching that baptism has no connection to salvation and that the sinner’s prayer was perfectly acceptable. Honestly, I think this boy was looking for a fight. The elders met with him, but he refused to recant or to repent.

Therefore, the church had no option but to withdraw from him. I believe it was the first time I had ever seen corrective discipline take place in a church setting. The reaction of most people was disappointing, to say the least. His parents left to go to an unfaithful congregation. Members of the congregation continued to have very close fellowship with this boy. I was much younger then, and the idea that people would fellowship this boy when he had been withdrawn from was more than disconcerting. In hindsight, I believe it was a lack of teaching.

I don’t know what experience you’ve had with disfellowshiping. You may have been in a congregation that needed to withdraw from a brother or sister. Prayerfully, if you have seen discipline exercised biblically, you witnessed a church standing together, and you, therefore, saw repentance. It may have been a situation similar to mine where there was no repentance. It could be that you’ve needed to uphold church discipline with those whom you love dearly. It could be that you yourself were disciplined by a congregation and that the discipline brought you to your knees.

That seems harsh. Does God really expect congregations to cut people off and to have nothing to do with them? We live in a time where we’re to be tolerant of everything, and the idea that God calls churches to deal with sin sounds so intolerant. We live in an age where people like to sue — like the woman who sued McDonald’s because the coffee was hot — and churches are so fearful of lawsuits that sin is tolerated.

As the people of God, we need to understand: “>God does not tolerate sin.”

“God does not tolerate sin,” however, the Corinthian congregation was very tolerant of sin. Therefore, Paul outlines precisely why and how the Corinthians were to demonstrate God’s hatred of sin toward this adulterer.

Paul had Determined that this man was in sin.

Paul, although he was not physically in Corinth, had judged this man.

I am curious as to where Paul got the idea that he was able to judge. In our society, if you say that a behavior is wrong, you are “judging.” Do you remember the furor that erupted when Phil Robertson quoted the Bible when he was asked about homosexuality? People wanted to know what gave him the right to say homosexuality is wrong. Phil Robertson had absolutely no right whatsoever to say homosexuality is sinful; I have absolutely no right whatsoever to say that homosexuality or anything else is sin. God, and God alone, has that right, and God has spoken in Scripture. The issue is settled once and for all.

People want to point to what Jesus says in Matthew 7:1 — “Judge not, that you be not judged.” People fail to read the context of Matthew 7. The Lord is speaking of a hypocritical judging, i.e., “You can’t do that, but I can.” Furthermore, Paul will make obvious at verse 11 that the judging involves placing someone’s actions next to Scripture to see how they compare.

Paul wished to have the sinful brother Delivered to Satan.

“When you are gathered together.” There seems to be an idea among many that the elders are the ones who disfellowship. Paul says the church does so when the church is assembled. I’m not seeking to detract at all from the authority of the elders. They watch for our souls (Heb 13:17), and disfellowship, as we’ll see in a moment, enters into that big time. The elders, as shepherds and overseers, would make the final decision as to who was disfellowshiped when. The congregation, however, stands with the elders, and all of us together have no contact with the one from whom we have withdrawn.

The sinner is to be delivered to Satan for the destruction of his flesh. In the Old Testament, those who worshiped idols or committed other sins were to be devoted to destruction, i.e., executed. Satan is the agent of destruction. Satan is the one this unfaithful brother is serving. It’s only right that he would be handed over to Satan.

Notice, however, that the goal of disfellowship is to see the brother restored. This is not something done out of cruelty or because the church doesn’t love. The idea is to help the erring Christian see the error of his way and to return to God’s fold.

Paul wants the church to Decontaminate itself.

A little leaven leavens the whole lump. When members see that someone is permitted to persist in sin and the church does nothing, they will be likely to persist in sin themselves. Yet, when people see that sin is disciplined, they will be far less likely to sin. After the deaths of Ananias and Sapphira, “great fear came upon all the church and upon all who heard these things” (Acts 5:11). Nobody was gonna lie after that! Paul writes Timothy to instruct him how to handle church affairs. Paul told Timothy to rebuke elders who persist in sin: “Those who are sinning rebuke in the presence of all, that the rest also may fear” (1 Tim 5:20). The context is elders; the antecedent of “those” is “elders.” Therefore, if elders refuse to repent of sin, the preacher is to rebuke them. Why? So that the other elders and members of the congregation would “fear” and live right.

Another reason that churches must decontaminate themselves from sin is that Jesus was sacrificed. Paul speaks of the Lord’s sacrifice in terms of the Passover (because he’s used the illustration of leaven); don’t get caught up in the symbolism, however, and ignore that Jesus died for us. When a Christian persists in sin, he treats Jesus’ sacrifice as though His death counted for nothing (Heb 10:29).

Paul wants the church to Detach from the sinful brother.

Paul writes to the Corinthian church in a context of sexual immorality, but he mentions a host of other sins. Therefore, it’s obvious that any persistent sin would be grounds for disfellowship. If someone refuses to forsake sin, the church here has an obligation to love that sinner and to do whatever is possible to bring him/her to repentance.

“God does not tolerate sin.” Therefore:

One: You consider yourself.

Sin — and a refusal to repent of sin — leads to disfellowshiping.

You need to make sure there is nothing in your life that could lead to disfellowship. Scripture talks about hypocritical judgment. Jesus talks about that kind of judgment (Matt 7:1-5). You cannot help carry out church discipline on someone when you are guilty of the same sin! You need to take the plank out of your eye in order to be able to minister and serve others. Paul talks about that kind of judgment (Rom 2:21-24). We cannot talk one way and live another.

Take a careful look at your life and make sure that you have no unrepentant sin in which you are persisting. If you need help, please feel free to talk to me or the elders. We’d love to work with people who want to do right.

Two: You pray for the salvation of sinners.

Some might object to this idea, but it’s as biblical as it can be. Jesus prayed that prayer from the cross. “Father, forgive them, for they do not know what they do” (Lk 23:34). I believe that prayer was answered affirmatively at Pentecost as those whom Peter accused of killing the Messiah were baptized for the remission of sins. Stephen prayed that prayer as he was dying: “Lord, do not charge them with this sin” (Acts 7:60). Paul prayed that prayer: “Brethren, my heart’s desire and prayer to God for Israel is that they may be saved” (Rom 10:1).

There are members of this congregation who are living in unrepentant sin. I don’t need to name names; you know who they are. Would you pray for them every day this week? Spend time imploring the Father for softened hearts, for a renewed love for the Lord, for an attitude which seeks God’s will, not a selfish will.

Three: You stand with the elders.

The elders have a unique role in the congregation: they are shepherds of the flock. “Take heed to yourselves and to all the flock, among which the Holy Spirit has made you overseers, to shepherd the church of God which He purchased with His own blood” (Acts 20:28). “Obey those who rule over you, and be submissive, for they watch out for your souls, as those who must give account. Let them do so with joy and not with grief, for that would be unprofitable for you” (Heb 13:17). “Shepherd the flock of God which is among you, serving as overseers” (1 Pet 5:2).

I mention the elders as overseers and shepherds for a couple reasons:

The elders are seeking some sheep which have gone astray. Many of these brethren have been habitually forsaking the assembly. But, make no mistake any sin for which one refuses to repent would lead to disfellowship.

Some might suggest that you really cannot withdraw from those who aren’t in fellowship with the church. I understand that line of reasoning, and I don’t know that I totally disagree. However, simply because someone does not participate in the worship assembly does not mean that he or she does not have fellowship with members of the congregation.

When the church disfellowships someone, the entire congregation must sever fellowship. In this morning’s text, Paul says that we’re not even to eat with someone who claims to be a Christian but lives otherwise (1 Cor 5:11). Throughout the New Testament, we find the truth that we can have absolutely nothing to do with anyone from whom the congregation has withdrawn fellowship. “Note those who cause divisions and offenses, contrary to the doctrine which you learned, and avoid them” (Rom 16:17). “If anyone does not obey our word in this epistle, note that person and do not keep company with him, that he may be ashamed” (2 Thess 3:14). “If he refuses even to hear the church, let him be to you like a heathen and a tax collector” (Matt 18:17).

Were the church to withdraw from individuals, there would be several steps we’d all need to take:

I don’t know that much could be more heartbreaking than being cut off from friends and loved ones. The purpose of the removal of fellowship would be to help that soul reach “rock bottom” and come back to the Lord. Someone might say, “Justin, you’re cruel. How could we simply cut off people we love so dearly?” Is it better to correct sin, or to do absolutely nothing and stand by while people we care about head to a devil’s hell for an eternity? We must do whatever we can do according to Scripture to keep people out of hell. What about your own life? Is there sin you need to sever that you might fully come to Jesus?