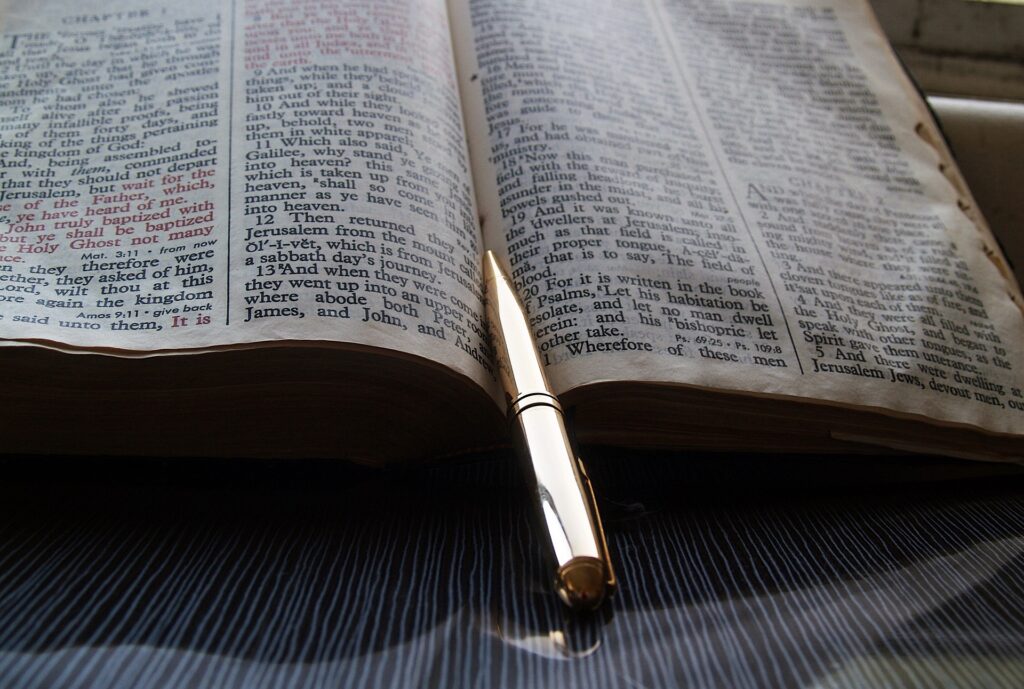 In college, I had the privilege of hearing some of the best preachers in our brotherhood. I remember hearing men such as Tom Holland and Charles Coil and Basil Overton and Jule Miller and a host of others. These were men that I looked up to and that I wanted to be like. I knew that one day, I, too, would be idolized by beginning preaching students. One day I would fill up coliseums – just like Billy Graham – because people would hear of my greatness and come flocking to hear me in person.

When I got out of college, it certainly seemed as though I was well on my way to reaching that dream. In congregation after congregation, I heard what a really great preacher I was and how the brethren were just amazed that someone just out of college could preach as well as I. I vividly remember when one brother was asked to pray shortly after I moved to Alum Creek. In the hearing of the whole congregation, this brother prayed, “Father, thank you that we have found someone the caliber of Justin to come and work with us.” I swelled with pride. I was well on my way to being one of the best preachers in the brotherhood.

Not long after that prayer, I conducted a youth devo at a member’s home. Several of the young people showed up, and we had a really nice time. After the youth had left, I was getting up to leave when the couple who had hosted the devo said they wanted to talk to me. They proceeded to tell me that I was absolutely the worst preacher they had ever heard. I wanted to say, “Wait just a minute! Didn’t you hear that prayer a couple weeks ago?” This couple went on to say that not only was I the worst preacher they’d heard, but they were leaving to go to another congregation.

It’s likely the case that you have a list of the best preachers within our fellowship. Maybe you like Phil Sanders on In Search of the Lord’s Way or maybe you opine for the “good ol’ days” when men like Marshall Keeble really knew how to preach. Even at the local level, there can be a great deal of disagreement about what the ideal preacher would look like. Maybe you’d want a preacher who visits the hospital every other day or one who keeps very strict office hours. Maybe you want a preacher who knows the original languages and can explain all the nuances of the text. Maybe you’d prefer a preacher who has a great counseling background so that he can help you or someone you love.

If we’re honest, we likely all have several criteria a preacher should meet, and those criteria are going to be different from person to person. So, we’re going to have different “favorite” preachers – if each of us named the preacher we preferred, it’s possible that we’d each name someone different. So, what criterion should we use above all the others? What quality in a preacher stands head and shoulders above all his other qualities? I don’t know. I’m confident that we could make a case from Scripture about how 3 or 4 different qualities is the pre-eminent attribute for a preacher.

Paul appeals to these brethren “by the name of our Lord Jesus Christ” (v 10). “Name” is nearly synonymous with “authority.” Paul is an apostle. Why doesn’t he just say, “By my apostolic authority, you need to stop acting like this?” Paul’s apostolic authority would have gone over well with a sizable group in Corinth, but with others that wouldn’t have gone over well. They’re arguing over preachers in Corinth and Paul raises the argument above any human objection and takes it back to the Lord.

Paul pleads with the Corinthians to all agree and to have no divisions among them (v 10). We have taken this text, more often than not, and applied it to denominationalism. I don’t deny for one second that the principle applies. However, in the context of 1 Corinthians, Paul speaks specifically about division in the local congregation. If we simply apply this text to denominationalism, I fear that we feel we “get off the hook” and that the text doesn’t apply to us. Denominationalism is most certainly a sin against our God. Yet, so is division within the local congregation of God’s people.

Paul doesn’t want even the local church divided over preachers. The Greek word for “divisions” here actually refers to a “crack.” The idea isn’t that there’s a great canyon separating these Christians, but just a little bitty crack. There can be no division whatsoever.

Paul had heard from Chloe’s people – likely slaves who worked in her household – that there was quarreling among the Corinthians, v 11. In Greek, the word “quarrel” doesn’t refer to a simple dispute – this isn’t like a few harsh words spoken between a husband and wife. The term, rather, refers to a level of anger where you just spew over and lose control. The brethren in Corinth are at each other’s throats. It’s quite possible that when they assembled on the Lord’s Day there were very, very heated arguments over who the best preacher was: Paul, Apollos, Peter, or Jesus.

Chloe’s people had reported that some there followed different preachers. Paul had founded the church in Corinth (Acts 18), but we know from his own epistles that he wasn’t that great an orator. Apollos was, according to Luke, an orator who stood in a league all his own. Cephas – Peter – is the one who first proclaimed the Gospel at Pentecost and the one who first proclaimed the Gospel to the Gentiles. It was he who had the keys of the kingdom. Then there was Jesus. Who better could we follow than Jesus Christ, our Lord and Savior? It seems, however, that these brethren were boasting about following Jesus – Think Pharisee and I think you get pretty close to what was taking place.

So, where does this leave you on a Monday morning? Well, believe it or not, there are some practical things you can do through the week. My sermon texts for next week are in the bulletin. I would like each of you to take those texts and read both of them each day this week. As you read, I’d like you to jot down some notes about the biblical truths in those texts. I may not cover each truth in that text, but if I get something wrong, I want you to hold my feet to the fire. If you think I’m in error on some point, come and talk to me. It might be that in your study you found something I missed. If so, I need to know it.

We would be a group of people centered around the saving message of Jesus Christ. What he has said, we would do; what he demands, we would give. We would love as he loved. We would be known in town as a congregation that sought the Will of God, nothing more and nothing less.

Yet, are you giving less this morning? Are you a Christian because of that great message? If you need to come, come right now as we stand and sing.