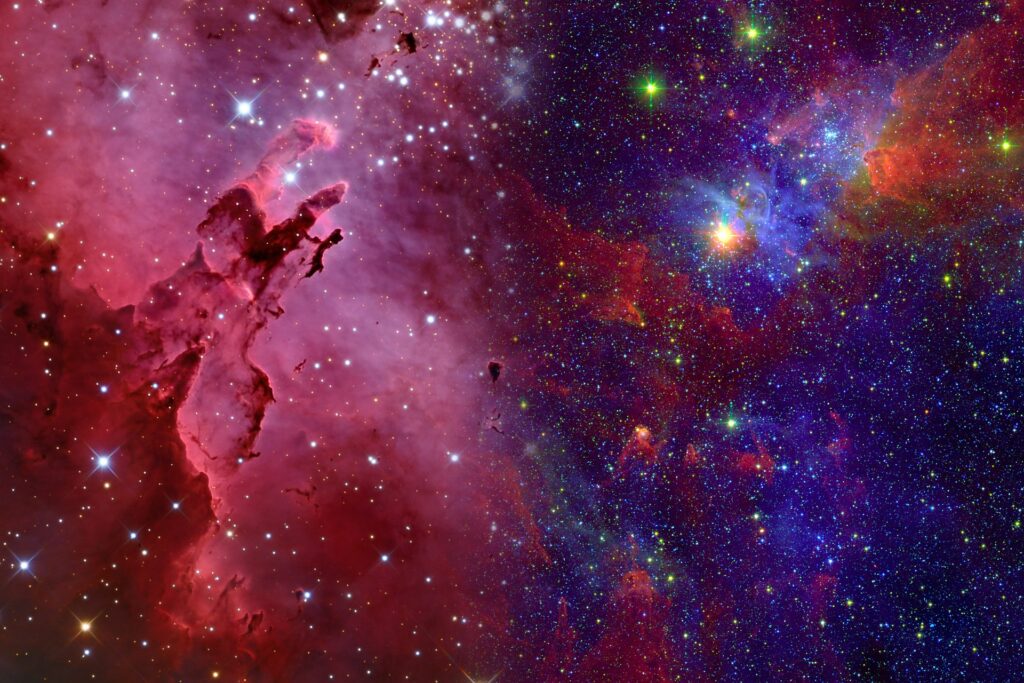 Hideyoshi, a Japanese warlord who ruled over Japan in the late 1500s, commissioned a colossal statue of Buddha for a shrine in Kyoto. It took 50,000 men years to build, but the work had scarcely been completed when the earthquake of 1596 brought the roof of the shrine crashing down and wrecked the statue. In a rage Hideyoshi shot an arrow at the fallen colossus. He shouted, “I put you here at great expense, and you can’t even look after your own temple.”

The most hilarious story of the Old Testament, in my view, is found in 1 Samuel 5:1-6. The Philistines thought they were going to do a good thing and so they captured the ark of the covenant. The Philistines set up the ark of the covenant in the temple of Dagon. Twice they go to find him in the morning, and he is lying prostrate in front of the ark. On the first morning, there’s no damage to the idol, but on the second day, the idol’s head and both his hands were severed. The people then get tumors. If you go and look at the word “tumor” in Hebrew, it refers to hemorrhoids, and it is likely a far worse case than you can get naturally. I had a professor tell me one time that the Philistines really had a problem: they couldn’t sit down and their god couldn’t stand up! You understand why the idol couldn’t stand up: he was no god at all!

Idolatry was a problem in Corinth, and many of the brethren there had come from idolatrous backgrounds. Notice verse 7: “Some, through former association with idols, eat food as really offered to an idol, and their conscience, being weak is defiled.” Paul, back in chapter 6, includes idolatry among the sins the Corinthians were once guilty.

Therefore, some Christians in Corinth had once been involved in idolatry and seeing some of their brethren eating in pagan temples was causing a problem. As we mentioned last week, pagan temples served as restaurants in the ancient world. The wealthy would often invite their friends to come to meals in the temples. Archeologists have found two such invitations: “Chareimon invites you to dine at the table of the Lord Serapis” and in the other a Roman was inviting friends to attend an engagement party for his daughter “in the supper room in the Temple of Apollo.” What should these Corinthians do when they got such an invitation? The strong said, “We know that an idol isn’t real,” but the weak were troubled by such an attitude.

What’s interesting in this text is that “weak” and “strong” are used as almost direct opposite of how we use these terms. Typically, we use the word “weak” to refer to a Christian who engage in questionable activities, while we use the word “strong” to refer to Christians who do not engage in such activities. In this text, however, the words have the opposite meaning and have to do with knowledge: “strong” is one with more knowledge and “weak” is one with limited knowledge.

This text speaks of the rationale the “strong” in Corinth were using to justify their eating meat in pagan temples.

Therefore, as to the eating of food offered to idols, we know that “an idol has no real existence,” and that “there is no God but one.”

Recall that last week we mentioned the phrase “we know that” was used in Paul’s day to introduce well-known quotations. Therefore, it seems quite certain that the strong were using these two slogans to justify their behavior. Thus, the strong were saying, “Look, guys, when we go to a pagan temple to eat, we’re just going to have a piece of meat. Yeah, it’s been offered to an idol, but that idol is just an image of stone or wood—it’s not real.”

We need to understand that “an idol has no real existence.” The Greek is literally: “an idol is nothing in the world,” and the NIV and KJV are more literal than the ESV, but however it is translated, Paul’s meaning is: Idols aren’t real. The biblical writers often made clear their conviction that idols are nothing. Before the Areopagus, Paul declares, “Being then God’s offspring, we ought not to think that the divine being is like gold or silver or stone, an image formed by the art and imagination of man” (Acts 17:29). Concerning the ancient pagans, Paul writes: “Claiming to be wise, they became fools, and exchanged the glory of the immortal God for images resembling mortal man and birds and animals and creeping things” (Rom 1:22-23).

What should we do with this divine revelation? In my experience, here’s what we’ve done with it: “Since none of us have ever bowed down to idols, let’s talk about spiritual idolatry—Jesus and Paul, after all, both compared idolatry with greed.” We spiritualize it and never talk about the reality of idolatry. That’s good and right. Many Christians in this country have never bowed down to an idol, but have problems putting the true God in front of worldly things.

I have no problem whatsoever in talking about spiritual idolatry, for it’s a problem. But I want us to keep these words in their original context this morning and think about real idolatry. You might be thinking, “Justin, why? We don’t have a problem with idolatry here in the twenty-first century.” If by “we” you mean the brethren here assembled this morning, I’d wholeheartedly agree, but if by “we” you mean culture, I’d wholeheartedly disagree. When our brethren started spiritualizing idolatry, they did so because real idolatry wasn’t a problem in their culture.

Today things are vastly different. We are now being taught that we should be tolerant of all religions—from Islam to Buddhism to the New Age Movement. Those who follow such error are made in God’s image and as precious to God as you and I, but the gods they follow aren’t real gods. Television and the Internet bring idolatry into our homes—how many of us know of Shirley MacLaine’s New Age philosophy and Phil Jackson’s dabbling Buddhism? How many students and faculty at state schools are Buddhists or Muslims or followers of the New Age? I recall that in high school, we had an exchange student from Japan, and he was an adherent of Shintoism, the main religion in Japan. As we talk with such individuals, we need to understand that these “gods” aren’t gods at all.

Why are these idols not real? “There is no God but one.” Again, biblical texts make obvious that the “I AM” is the only true God: “Hear O Israel: The LORD our God, the LORD is one” (Deut 6:4). We serve one God, for only one God lives.

In these two verses, Paul expounds on what he has just written and declares: “Although there may be so-called gods in heaven or on earth—as indeed there are many ‘gods’ and many ‘lords’—yet for us there is one God, the Father, from whom are all things and for whom we exist, and one Lord, Jesus Christ, through whom are all things and through whom we exist.”

As a parenthetical statement, Paul adds that there are indeed many “gods” and many “lords.” What are these “gods” and “lords”? It certainly seems that Paul refers to demons as “gods” and “lords.” In chapter 10, Paul refers to idols as demons: “I imply that what pagans sacrifice they offer to demons and not to God. I do not want you to be participants with demons. You cannot drink the cup of the Lord and the cup of demons. You cannot partake of the table of the Lord and the table of demons” (20-21). We understand that we battle against demonic forces: “We do not wrestle against flesh and blood, but against the rulers, against the authorities, against the cosmic powers over this present darkness, against the spiritual forces of evil in the heavenly places” (Eph 6:12). It also seems likely that Paul writes of these gods and lords as demons, for he contrasts them with the true God and true Lord in this same sentence. Idolatry, then, is not simply following some false god (as horrible as that would be) but following a demonic force. Therefore, Buddha, Allah, and every other false god is a force of Satan seeking to entrap people away from the true and living God.

While there are a variety of idols and demonic forces in this world, for us there is one God, the Father, from whom are all things and for whom we exist, v. 6. Paul is contrasting the variety of idols throughout the ancient world and the God whom Christians worship. The KJV does a slightly better job than either the ESV or NIV, as “to us” is really better than “for us.” “For us” is better because here’s what Paul’s saying: “People in the world worship this god and that god and every other type of god you can imagine. But, for us, there is one God the One who made everything that is.” In our own culture, there are a variety of gods individuals follow—Buddha, Allah, or some other “Higher Power”—but those gods are not our God: We only have one God.

The God we serve is the One from are all things. I’m convinced the reason Paul emphasizes that all things are from God is that the idols themselves are from God—the wood, the gold, the bronze, or whatever else is used was made by God himself. Why serve something made from wood or stone when the true and living God made the stone and wood? We know without any doubt that God made all things. “In the beginning God created the heavens and the earth” (Gen 1:1). Paul declares to the pagans at the Areopagus, “The God who made the world and everything in it is the Lord of heaven and earth and does not live in temples built by hands” (Acts 17:24).

The God who made the world made us for him. The Greek term “for” designates purpose or intent. For example, it is used in Acts 2:38 as Peter explains baptism: Baptism is for the purpose of receiving the remission of sins. We were created, then, for the purpose of God—with the idea being to serve and honor him.

Through Christ we exist. I really do not think that Paul is attempting to say that our physical existence is through Jesus Christ, for he has summed that up in declaring “through whom are all things.” If all things which exist were made through Christ, then the apostle doesn’t need to single us out again as existing through Christ. While it is possible that Paul is doing that to keep his writing parallel with what he has just written about the Father, it is also possible that Paul speaks of our existence as a church. Our existence as a church, in other words, is through Christ. In Romans 16:16 Paul says, “All the churches of Christ greet you.” It is quite possible that “churches of Christ” there means the congregations which belong to Christ. It is also quite possible that Paul means “congregations that Christ formed” or “churches that Christ died for.” It’s likely that Paul has both ideas in this passage—churches which belong to Christ because he died for them.

Are you a part of that body created because of the sacrifice of Jesus?