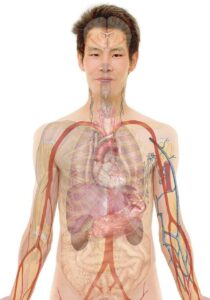 A very successful lawyer parked his brand-new Lexus in front of his office, ready to show it off to his colleagues. As he got out, a truck passed too close and completely tore the door off the driver’s side. The counselor immediately grabbed his cell phone, dialed 911, and within minutes a policeman pulled up. Before the officer had a chance to ask any questions, the lawyer started screaming hysterically. His Lexus, which he had just picked up the day before, was now completely ruined and would never be the same, no matter what the body shop did. When the lawyer finally wound down from his ranting and raving, the officer shook his head in disgust and disbelief. He said to the lawyer, “I can’t believe how materialistic you lawyers are. You are so focused on your possessions that you don’t notice anything else.” “How can you say such a thing?” asked the lawyer. The cop replied, “Don’t you know that your left arm is missing from the elbow down? It must have been torn off when the truck hit you.” “Ahhh!” screamed the lawyer. “Where’s my Rolex?!”

God has so designed the human body so that each part is important to the other. Granted, we can live without an eye or a foot or a spleen but try going without a heart or brain or lungs. Life will not last.

God created His spiritual body a little differently-each part is indispensable. 1 Corinthians 12:21-26. It seems to me that Paul doesn’t speak of us individually as indispensable to the body, but rather he speaks of the roles we fill as indispensable to the body. Let me explain. The gifts you have are essential in this congregation, but you don’t have to be the one exercising those gifts. The congregation will always need a preacher, but I don’t have to be the preacher–if I left tomorrow, someone else would step in and fill that position, and the Lord’s work would continue. If we were to die this very day, the church would be as vibrant tomorrow as it is today.

That lawyer with his Lexus had lost a valuable part of himself–his body was no longer one. The body of Christ in Corinth was not one. Whether it was the issue of preachers or fornication or suing one another or the Lord’s Supper, they were far from united. In this passage, the division concerns the exercise of spiritual gifts and the philosophy on the part of those who spoke in tongues that they were better than those who did not. To help the Corinthians get over their disunity, Paul writes of one body.

“As the body is one and has many members, but all the members of that one body, being many, are one body, so also is Christ.”

We have often used this–and other passages like it–to condemn denominationalism. I do not deny for a second that the principle applies greatly–there is one body. But, Paul’s point isn’t so much to condemn such error as it is to refute the superiority some felt in Corinth.

The Corinthian church was one body. In some ways, that’s a surprising statement. It’s surprising, for if the Corinthian church was anything, it was divided–they were prejudiced against one another, they were supporting immorality, and they were arrogant in the exercise of those gifts. But, Paul doesn’t say that the Corinthians were united–he says that they were one body. Therefore, the reality of being one body should impact the way they acted with one another–there was no place for prejudice against the poorer members, there was no place to take sides in immorality, and there was no reason for arrogance based on spiritual gifts.

Throughout the Scriptures, we are urged to create the true unity being one body represents. We are to “[endeavor] to keep the unity of the Spirit in the bond of peace” (Eph 4:3). While the Philippians were a good church, they seem to have struggled with unity (Phil 1:27).

Paul uses the illustration of the physical body to write of the spiritual body, and he says that the body is one and has many members, and all the members of the body, though many, are one body. Just because we have different parts of our physical bodies does not mean at all that we have different bodies; on the contrary, our bodies work in unison. For example, think of getting here this evening. How’d you put your clothes on? Your mind decided that it was time to get dressed and sent signals to the rest of the body, your eyes saw your clothes, you walked to them, and you used your hands to put on your clothes. You can’t say that your hands weren’t as important as your brain or that your lungs were more important than the muscles operating. Our physical bodies work in concert to do all that we do.

If Paul, an apostle of Jesus, understood the need to work together to accomplish the Lord’s work, can we do anything less?

“By one Spirit we were all baptized into one body–whether Jews or Greeks, whether slaves or free.”

We were baptized into one body through the one Spirit. The Spirit is highly active in the conversion process (Jn 3:5; Tit 3:5). The Spirit’s role in baptism has to do with His making us new people (Ezek 36:36-37). Additionally, as the Spirit dwells within us, He helps us add Christian character to our lives: Gal 5:22-23.

Paul goes further and mentions that we were all baptized into one body by one Spirit, whether we are Jews or Greeks, slaves or free men. We know that there were religious, ethnic and social divisions in the Corinthian church. There is no place for division over someone’s ethnic background in the church of our Lord. “God created man in His own image; in the image of God He created him” (Gen 1:27). Acts 17:26.

There is also no way that a Christian can participate in social division. James 2:1-7. Do we tend to make distinctions among our brothers and sisters? Maybe we look down on someone who doesn’t wear as nice clothing as we wear. Maybe we despise someone who doesn’t live in as nice a house as we have or drive as nice a car as we drive, or whatever. Let us not hold the truth of the gospel with partiality!

What does it mean to drink of the one Spirit? Drinking the Spirit seems to refer to the non-miraculous indwelling we all receive at baptism. Speaking of the Spirit His followers would receive, Jesus said that the one who believes in Him would have rivers of living water flowing out of his heart. In this evening’s text, it is obvious that baptism and drinking of the Spirit occur at the same time because the Greek tenses are the same. “Repent, and let every one of you be baptized in the name of Jesus Christ for the remission of sins; and you shall receive the gift of the Holy Spirit” (Acts 2:38).

What does drinking of the one Spirit have to do with us? Paul’s emphasis in this paragraph is the one body. He is telling the Corinthians that there is not a reason to believe that any gift is any better than any other gift, for there is one body working in unison. Paul declares that all the Corinthians–regardless of the miraculous gift they had received–all acquired the same non-miraculous gift of the Spirit at baptism.

Since we don’t have the miraculous gifts, what should we learn here? Because we all have the indwelling of the Spirit, we are equals. The Spirit, Who comes and dwells within us at baptism, is a guarantee that we are not any different before God. I’m not one bit inferior to you, for the same Spirit who makes His home within you, makes His home within me.

Do you have that Spirit this evening? If we do not have the Spirit, we are not in Christ: Romans 8:9. Do you need to come and be baptized this evening in order that the Spirit will come and make His home within you?