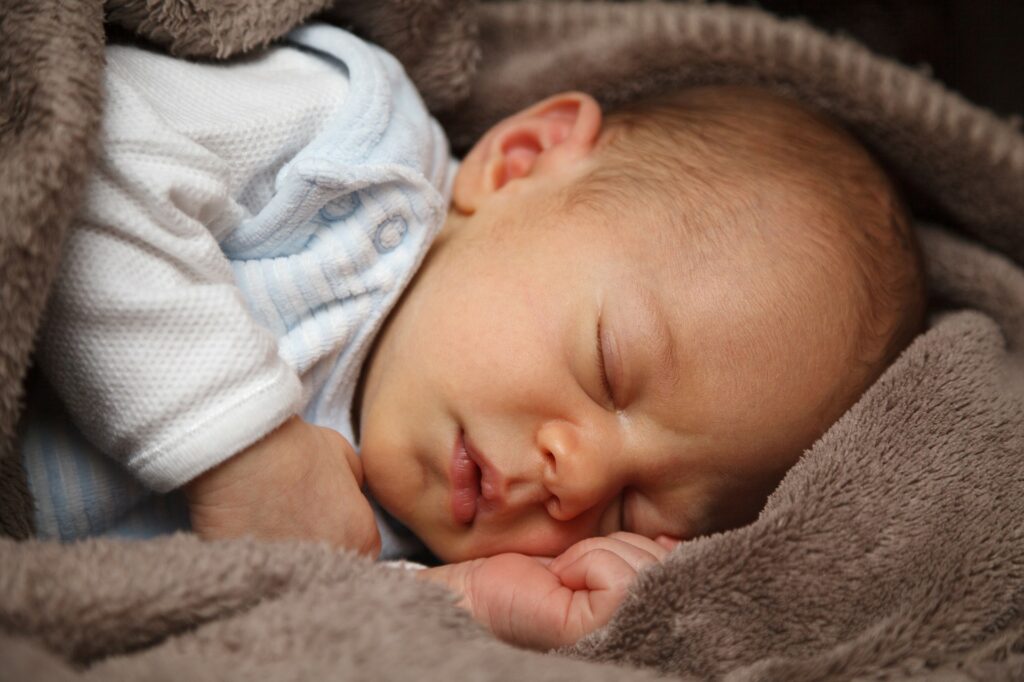 This comes from a Boston newspaper clipping in 1872: “A man about forty-six years of age, giving the name of Joshua Coppersmith, has been arrested in New York for allegedly attempting to extort funds from ignorant and superstitious people. He exhibited a device which he says will convey the human voice any distance over metallic wires, so that it will be heard by the listeners at the other end of the wire. He calls the instrument a ‘telephone,’ which is obviously intended to imitate the word ‘telegraph,’ thus winning the confidence of those who know the success of the later instrument without understanding the principles on which it is based. Well-informed people know that it is impossible to transmit the human voice over wires, as may be done with dots and dashes and signals of the Morse code and, that, were it possible to do so, the thing would be of no practical value. Authorities who apprehended this criminal are to be congratulated, and it is hoped that his punishment will be prompt and fitting.”

Concerning the telephone, an American mayor once boldly predicted: “One day there’ll be one in every city.” And in Britain the chief engineer of the Post Office, Sir William Preece, told a Commons committee, “The Americans have need of the telephone—but we do not. We have plenty of messenger boys.”

Progress sometimes comes quite slowly, doesn’t it? There is no doubt but that Alexander Graham Bell could never have envisioned a day when there would not only be a telephone in virtually every home but a cell phone in virtually every pocket. There was a time when we would have to mail letters to our family and friends and pay our bills by sending checks in the mail, but now we can e-mail our friends and family and pay bills online. There was a time when we would have had to travel for a long period to make it to Charleston, but now we can be there in about twenty-five minutes.

To the Corinthians, Paul says, “Brothers. I could not address you as spiritual but as worldly—mere infants in Christ,” v. 1. Notice that Paul addresses these Christians as “brothers.” Does that not imply that these Christians, although they were not growing and maturing, were still Christians? Is not the fact that the Corinthians were still considered by Paul surprising with all that we know of the Corinthians? They were divided over preachers and over social status, they were abusing their spiritual gifts, they were proud that they had a sexually immoral person as a member of the congregation, they were taking one another to court in front of unbelievers, and they were doubting the resurrection.

What does the fact that the Corinthians were still considered Christians have to say to us? First, we need to understand that no congregation is perfect. The Corinthian church was far from perfect, but it was still the church of God. Do you recall how Paul began the epistle? “Paul, called to be an apostle of Christ Jesus by the will of God. and our brother Sosthenes, To the church of God in Corinth, to those sanctified in Christ Jesus and called to be holy” (1 Cor 1:1-2).

Second, we need to understand the concern Paul had for the Corinthians. Paul does use quite strong words here, but even as Paul uses strong words he is demonstrating great love for the Corinthians. Instead of addressing these Christians as dim-witted idiots, he addresses them as brothers. If someone needs to come and confront us with some wrongdoing, how do we prefer it to be done? Wouldn’t we much rather have someone show great concern and love for us rather than jumping in and saying, “Ok, you’re wrong here and here and here”?

Paul could not address the Corinthians as spiritual but as worldly. Throughout the last couple of paragraphs. Paul has mentioned the idea of Christian maturity. “We do, however, speak a message of wisdom among the mature, but not the wisdom of this age or of the rulers of this age, who are coming to nothing” (2:6). “This is what we speak, not in words taught us by human wisdom but in words taught by the Spirit, expressing spiritual truths in spiritual words” (2:13)—As we mentioned last week, a better translation would be “interpreting spiritual truths to spiritual men.” Paul seems to have been preparing the Corinthians for the rebuke we find in this passage.

Paul couldn’t give spiritual wisdom to the Corinthians, for they were not yet ready for it; they were still worldly. Instead of looking at things through a Christian perspective, they were still viewing things from a worldly standpoint. These Corinthians were mere infants in Christ. Ancient writers often compared those without much knowledge to infants who needed the basics. This epistle was written about five years after Paul had established the congregation in Corinth. There was not a thing wrong with the Corinthians having been infants in Christ five years ago. They were new to Christ, and they began, as do all of us, as babes in Jesus.

The problem was that they stayed there. Is there a single mother in here this morning who, if you had a five-year-old who had never been able to eat solid food, never sat up, never spoke his first word, and was never potty trained, who wouldn’t have that child to doctor after doctor until you discovered the problem and received adequate help for the problem? Yet, the Corinthians don’t seem to have been concerned at all that they weren’t growing.

We need to grow in Christ, as well. We dare not stay as infants. “Let us leave the elementary teachings about Christ and go on to maturity” (Heb 6:1). “Make every effort to add to your faith goodness; and to goodness, knowledge; and to knowledge, self-control; and to self-control, perseverance; and to perseverance, godliness: and to godliness, brotherly kindness; and to brotherly kindness, love” (2 Pet 1:5-7).

Paul provided the Corinthians with milk, not solid food, for they were not yet ready for it, v. 2. The spiritual wisdom Paul has been discussing in the previous chapter could not be explained to the Corinthians, for they were not yet mature. The Corinthians stood in need of the basics, not the things Paul was ready to share with them. If Paul were writing this epistle to Alum Creek today, what would he say about us? Would he be able to say, “I gave you meet, because you were ready to eat it”? Or, would he say, “I had to give you milk, not solid food”?

You are still worldly. For since there is jealousy and quarreling among you, are you not worldly? Are you not acting like mere men? v. 3.

The Corinthians were worldly. The words in verse 3 and in verse 1 for “worldly” or “carnal” (KJV) are different in the Greek. In v. 1, the term refers to the nature of man. I do not believe, nor do I mean to imply that Paul declares, man is totally depraved. I do believe that even those who have never responded to the Gospel can never do anything right. However, man left without guidance from God is not the nicest creature, is he? Children quickly learn to lie. to cover up their actions, to fight, and a host of other improper actions. The word in v. 3 refers to the actions of man not guided by the Spirit. Paul is not just discussing here man’s inclination to sin apart from the Gospel, but he is discussing the sinful actions of people who do not live according to the Spirit. Paul mentions the worldly actions of the Corinthians in this verse as he discusses their jealousy and quarreling.

There was great jealousy and quarreling among the Corinthians. They had jealousy and quarreled over which preacher was better (Paul or Apollos), over who had more money, over who had the best spiritual gifts, and they were taking one another to court. Paul lists jealousy, fits of rage, selfish ambition, dissensions, faction and envy among the works of the flesh (Gal 5:19-21).

In opening this epistle. Paul cut right to the chase about jealousy and quarreling. He writes, “To the church of God in Corinth, to those sanctified in Christ Jesus and called to be holy” (1:2). The church belongs to God. Therefore: How can I fight and quarrel with my brethren over things which don’t matter when it’s God’s church, not mine? How can I insist I’m right and tare apart the church when God bought the church with the blood of his own Son?

Paul asks the Corinthians the rhetorical question: “Are you not acting like mere men?” As humans, it can be quite difficult to let go of our own desires and wants and follow the dictates of Scripture, can’t it? Yet, as the people of God, we aren’t to act like mere men. are we? We are to put off the flesh and clothe ourselves with Jesus. Romans 8:12-14. “Those who belong to Christ Jesus have crucified the [flesh] with its passions and desires” (Gal 5:24). How do we act? Do we act like mere men, or do we act like spiritual mature men who are led by the Spirit?

When one says, “I follow Paul,” and another, “I follow Apollos,” are you not mere men? v. 4. In following Paul and Apollos, the brethren at Corinth were demonstrating that they were not led by the Spirit as much as they were led by the flesh. Paul is about to make the point that he and Apollos are nothing but servants through whom the Corinthians had come to Christ: “What, after all, is Apollos? And what is Paul? Only servants through whom you came to believe” (3:5). Paul and Apollos were not divine; they were not worthy of allegiance; they were merely men, just like the Corinthians.

We need to come to understand that preachers—not matter how good or how poor they are—are just men. We preachers are never worth splitting a church. We are never worth a following. I am just a man like the rest of you. I never died for you. I never saved you from sin. Therefore, our allegiance should always be to Jesus and not to men.

Where is your allegiance this morning? Do you need to come and pledge allegiance to Jesus?