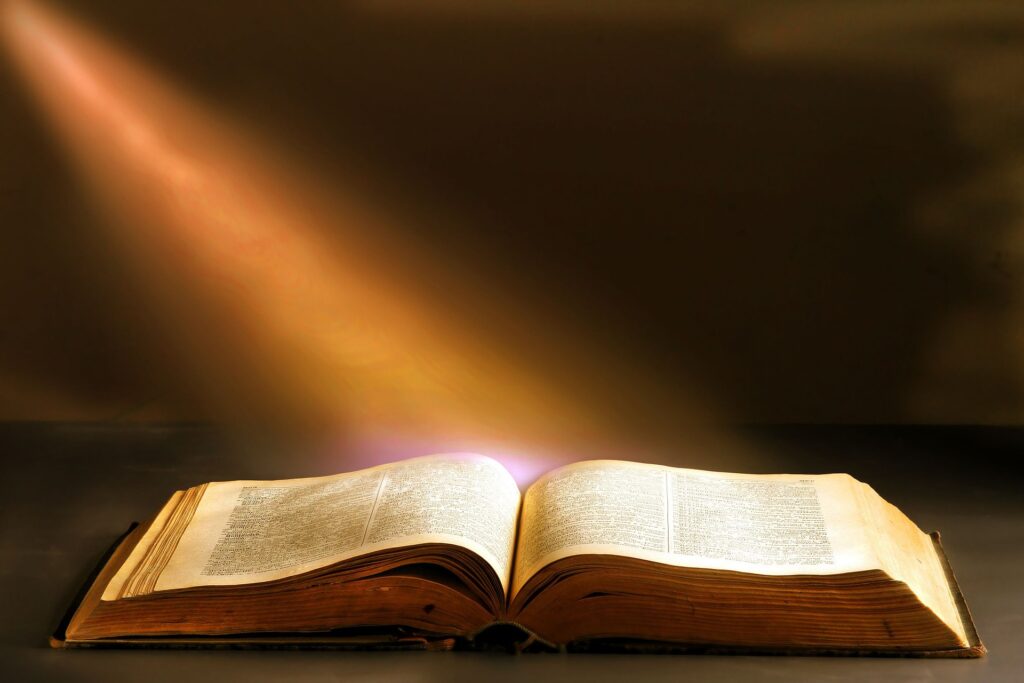 Last Saturday was a very special day for my family and me. It was such an honor to receive my doctoral degree with my wife and children, my parents, and my wife’s parents with me. We were in for a little bit of a surprise, however. The commencement speaker was Dr. Randall T. Ruble, the president of Erskine College and Theological Seminary. Erskine Seminary is associated with the Associate Reformed Presbyterian Church, and we were somewhat surprised to find a denominational speaker at a brotherhood school’s commencement. Dr. Ruble is renowned Bible scholar, having written several books and numerous scholarly articles. However, therein lies a great question: How can a man be such a great biblical scholar, as Dr. Ruble is, and teach some of the things he teaches?

It seems that in a large way Paul helps to answer that question in the text before us this morning. First Paul says it’s not the wisdom of this world which counts for so much and second preachers are no more than servants of Christ. What Paul is really doing in this paragraph is summarizing everything which has preceded in this book.

Paul cautions the Corinthians against deceiving themselves, v. 18. The Greek term “deceive” is perfective in the original, which means the verb has a heightened sense. The term Paul chose means to deceive successfully. I could attempt to deceive you all day long by telling you that I played basketball under Rick Pitino at Kentucky, but you’re not going to buy that deception. The idea in this word, however, is that of a con-artist, someone who can lie to your face and make you believe every word.

The context necessitates that we understand this deception as reliance upon human wisdom. So many deceive themselves through human wisdom, don’t they? How many people might say, “We have established evolution to be a tenet of science; therefore, there is no God and I don’t need to worry with church stuff”? How many individuals might say, “Yes, that’s what the Bible says, but I know God can’t mean that because I think this or that”?

Even though the context deals with deceiving ourselves through reliance upon our own knowledge, we can deceive ourselves in so many ways. Scripture often speaks of deceiving ourselves. “If anyone thinks he is something when he is nothing, he deceives himself” (Gal 6:3). “If anyone considers himself religious and yet does not keep a tight rein on his tongue, he deceives himself and his religion is worthless” (Js 1:26). “If we claim to be without sin, we deceive ourselves and the truth is not in us” (1 Jn 1:8).

The only way we can keep from being self-deceived is by becoming foolish. Paul writes, “If any one of you thinks he is wise by the standards of this age, he should become a ‘fool’ so that he may become wise,” v. 18. This obviously goes back to what Paul has written prior about human wisdom (1:22-25). “Fool” in this context, then, would be one who is foolish in the eyes of the world. How foolish do we appear at times before this world? We believe firmly that God created this world when science tells us that’s just impossible. We believe that Jesus died for our sins and was raised from the dead when I’ve never seen someone come back from the dead.

It is only by accepting God’s wisdom that we truly become wise. I can earn a doctorate every year, but if I will not submit to the cross of Jesus, I am foolish above all other men. If I could explain Einstein’s Theory of Relativity, but refuse to obey the way God has provided, I am of all men most foolish.

The wisdom of this world is foolishness in God’s sight. As it is written: “He catches the wise in their craftiness”: and again, “The Lord knows that the thoughts of the wise are futile,” vv. 19-20. How could the wisdom of this world not be foolishness in God’s sight? God made this world and everything in it, including man. Therefore, how can he not know far more than we, and how can his wisdom not far surpass our own wisdom? If I create a robot, I’m always going to have far more wisdom than it. It may be able to do complex mathematic equations or it may be able to build some complex machine, but only because I programmed it to do so. It will never be able-without being programmed to do so-to solve the problems facing the world.

To make his point, Paul quotes from two passages in the Old Testament. The first quotation comes from Job 5:13, and I’m convinced Paul uses the quotation with great irony. You recall that Job suffered immense grief at the hand of Satan, although Job believed God was visiting all this trouble upon him. Three friends come to comfort Job and they sit for seven days without saying a word. Finally, Job speaks and curses the day of his birth and greatly laments the sorrow which has befallen him. In chapters 4 and 5, Eliphaz, one of Job’s friends speaks. Eliphaz uses human wisdom to declare that Job has sinned and is therefore suffering calamity (4:7-9). Later in chapter 5, Eliphaz speaks of how God destroys the wisdom of the wise: “He catches the wise in their craftiness, and the schemes of the wily are swept away” (5:13). In fact, God caught Eliphaz in his craftiness. The LORD appeared to Job out of a whirlwind and alter that conversation between God and Job we read, 42:7-9. Paul takes the words of a man who discovered before God just how foolish he was to make the point that we do not have the wisdom God has.

The second quotation comes from Psalm 94:11. That Psalm is a prayer that God would avenge the psalmist against his enemies. The psalmist’s enemies seem to have been boasting against him that they were wise and he was foolish; “They [the enemies] pour out arrogant words; all the evildoers are full of boasting” (v. 4). The psalmist is declaring that his enemies might think they had the upper hand; they might think they were wiser than he, but in the end God knows that man’s thoughts are futile.

Have you accepted God’s wisdom instead of your own?

Some at Corinth were saying that they were following Paul. Paul had established the congregation in Corinth. We read of Paul’s establishment of the Corinthian congregation in Acts 18:1-17. It could very well have been that many in the church believed that since Paul established the congregation, they owed some measure of allegiance to him. We know from Paul himself that he did not consider himself to be a great orator. “When I came to you, brothers, I did not come with eloquence or superior wisdom as I proclaimed to you the testimony about God” (2:1). Yet, it could very well be that some in the Corinthian church liked to hear Paul preach. It could very well have been that Paul, while not great in his oratorical ability, provided his hearers with solid and good lessons. Haven’t we all known preachers just like that-lacking in oratorical ability, but if you listened to what they said, you learned a great deal?

Some at Corinth were following Apollos. We know that Apollos, unlike Paul, was a skilled orator. “A Jew named Apollos, a native of Alexandria, came to Ephesus. He was a learned man, with a thorough knowledge of the Scriptures” (Acts 18:24). The KJV translates Acts 18:24 a little differently. That translation refers to Apollos as “an eloquent man.” The difficulty, quite honestly, is that the adjective can be translated to be either “well-educated” or “an excellent orator.” The first translations of the Book of Acts into a language other than Greek understood the term to mean “eloquent,” and that does seem to be the meaning here. Luke emphasizes the fervor and boldness with which Apollos spoke. Also, as Paul emphasizes his lack of oratorical skills, he seems to be implying that Apollos was well-liked in Corinth for his oratorical ability.

However, I wonder if the adjective doesn’t mean both “well-educated” and “skilled-speaker” in this context. We know that Apollos was, if not well-educated, at least quite knowledgeable: “He was a learned man, with a thorough knowledge of the Scriptures. He had been instructed in the way of the Lord, and he spoke with great fervor and taught about Jesus accurately” (Acts 18:24-25). It seems to me that with his great learning and excellent oratorical ability, Apollos outshined Paul in purely humanly terms when he preached in Corinth.

How pitiful it is to see churches caught up in following men rather than Jesus! Sometimes preachers can enter congregations, gain a positive reputation. and whatever he says is gospel truth. Let us never be that caught up in men! Let us always go to Scripture and follow Jesus!

Paul concludes this section by saying, “All things are yours, whether Paul or Apollos or Cephas or the world or life or death or the present or the future-all are yours, and you are of Christ, and Christ is of God,” (vv. 21-23). What on earth does Paul mean that all things belonged to the Corinthians? Paul seems to be saying this: Paul and Apollos and any other preacher who comes your way is yours in Christ. These preachers are of Christ, just as you are of Christ. They are no more special than any of you, and you are no more special than any of them, for you all belong to Christ. Furthermore, since you belong to Christ, you need have no fear-whether in this world or in this life or in death nor anything else, for you belong to Christ. Do you belong to Christ this morning?