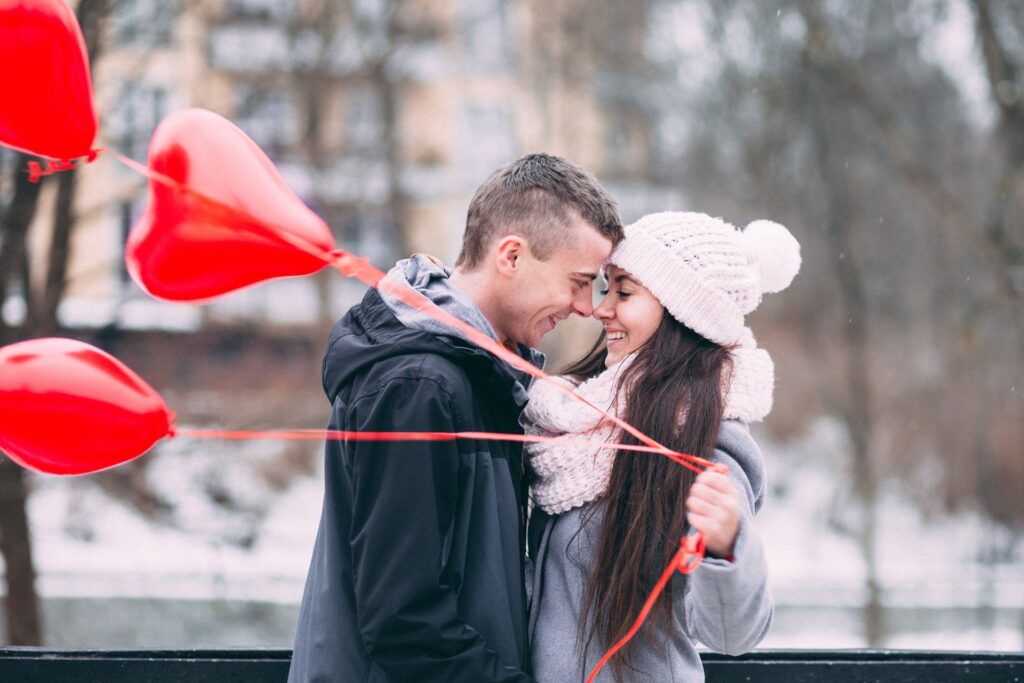 A man who had been the superintendent of a city homeless shelter was asked why he had spent his life working with dirty, unkempt, profane, drunken derelicts. He said, “All I’m doing is giving back to others a little of the love God has shown to me.” As a young man, he himself had been a homeless, drunken man when he went into a shelter for a bowl of chili. While there, he met a preacher who had come to help the staff. He and the preacher talked, and the preacher said that Jesus could save sinners. That whetted the man’s appetite, and he and the preacher soon began to study quite regularly. It wasn’t long before he was baptized and went back to the shelter a changed person—this time to help the staff himself. He continued to work in that shelter, and in fact, devoted his life to the men there. The power of redeeming love enabled him to carry on his ministry for forty years. That story undoubtedly seems so very odd to this modern world, for this world understands love vastly differently. Love, for the world, isn’t giving but getting.

It is often the case that love is not what it often seems to be. It’s not just the case that love is defined differently in Scripture than it is in the world. It’s also true that love doesn’t always act precisely the way we expect love to act. Love isn’t going to behave the same way in every circumstance. It may be, for example, that our child does something and we respond in love and compassion but the next time he does the very same thing, we may react with anger and discipline. Both actions are going to be motivated out of love, but they may be quite different based on a number of factors.

“Love does not envy or boast; it is not arrogant or rude. It does not insist on its own way; it is not irritable or resentful; it does not rejoice at wrongdoing.”

Love does not envy.

There certainly seems to have been a lot of envying in the church at Corinth. Undoubtedly, that was part of the problem over the segregation over preachers. Some of the brethren may have thought, “I wish Paul had baptized me. I had to settle for Apollos doing the baptizing.” There was certainly envy when it came to the distribution of spiritual gifts. Those who could not speak in tongues were clearly envious of those who could.

Envy runs counter to the basic principle of sacrificial love. If I am sacrificing for your benefit, I’m not going to care if you have something I deem as better than something I have. We as Christians dare not be envious of one another. “If you have bitter jealousy [same Greek word we have in v 4] and selfish ambition n your hearts, do not boast and be false to the truth” (Js 3:14).

Envy has no place in a Christian’s life, for envy is antithetical to communal life. We can’t live together as brothers and sisters and be envious of one another. The church in Jerusalem did not have this difficulty: “All who believed were together and had all things in common. And they were selling their possessions and belongings and distributing the proceeds to all, as any had need” (Acts 2:44-45)—No envy, no selfishness, but communal living. “Rejoice with those who rejoice” (Rm 12:15). How can I rejoice when something good occurs in your life if I’m pouting that it isn’t happening that way in my life?

Love does not boast.

The Greek term here literally means to be a windbag. The idea is someone who talks and talks and talks about himself non-stop. Cicero uses this word in a letter to Atticus where he speaks of an address in the senate. Pompey, a member along with Julius Caesar of the first Triumvirate, was present. Cicero wrote, “Heavens! How I showed off before my new auditor Pompey.”

The Corinthians certainly seem to have had a problem with boasting. “My spiritual gift is better than your spiritual gift—I can speak in tongues but you can only distinguish between spirits.” “I have more money than you do, so I can eat more food at the Lord’s Supper—see!”

We dare not be a boastful people. Nebuchadnezzar suffered greatly because he boasted:

When Jesus declared that all the disciples would forsake him and flee, “Peter said to him, ‘Even if I must die with you, I will not deny you!’” (Mt 26:35). We know well the heartache that came upon Peter because he thus boasted.

Love is not arrogant.

The idea of boasting naturally leads to the idea of arrogance. The Greek verb for arrogant means to puff oneself out like a pair of bellows. Just as the bellows inflate to send air where it’s needed, so one becomes arrogant in order that he might boast when he wants. We had better be careful that we are not arrogant. “There are six things that the LORD hates, seven that are an abomination to him: haughty eyes, a lying tongue, and hands that shed innocent blood” (Prov 6:16-17). “Clothe yourselves, all you, with humility toward one another, for God opposes the proud but gives grace to the humble” (1 Pet 5:5).

Love is not rude.

The Greek term Paul uses here means to “behave disgracefully.” The term could very well mean that if I love you, I’m not going to behave inappropriately toward you. The term also carries the connotation in some contexts to feel ashamed. The meaning here could be that in my love for you, I’m going to do nothing to embarrass you. But, honestly, I wonder if we can’t see a mixture of these two concepts here—if I love you, I’m not going to act inappropriately toward you, and I will bring shame to neither of us.

In Corinth, there was a great deal of acting inappropriately. Some brethren were taking other brethren to court over some material matter; brethren were eating food sacrificed to idols and upsetting the faith of some; the rich refused to share with the poor in their communal meals; and they had an “in-your-face” attitude when it came to spiritual gifts.

Do we act inappropriately toward one another? Do we say things to our brethren to offend intentionally? Do we make sure that we get the best parking space, even if someone who can’t walk as well as we will need to walk much further?

Love does not insist on its own way.

Jesus, acted opposite Diotrephes, and refused to insist on his own way. In the Garden, the Lord prayed, “Abba, Father, all things are possible for you. Remove this cup from me. Yet not what I will, but what you will” (Mk 14:35). Even though his very life was at stake, Jesus did not insist on his own way. Not only did he submit his will to the Father’s through prayer, but he also put his own way aside for your and me in order that he might die for our redemption! “Christ Jesus, who, though he was in the form of God, did not count equality with God a thing to be grasped, but made himself nothing, taking the form of a servant, being born in the likeness of men” (Phil 2:5b-7).

Do we insist on our own way? When something’s being discussed in the congregation, are we adamant that what we want prevails? How much would such an attitude reinvigorate our marriages? What if when my spouse really wanted to do something, I refused to insist on my own way? What if we refused in our families to insist that everyone do what we want and that everyone think as we think?

Love is not irritable.

It is quite unfortunate that the King James Version and New International Version place the word “easily” in front of “provoked” or “angered.” The word “easily” is not in the Greek, and it’s not implied in the word itself. The word means “to urge” as in the sense of urging someone on or “to make angry.” This is the word we find in Acts 17:16: “Now while Paul was waiting for them at Athens, his spirit was provoked within him as he saw that the city was full of idols.” Paul wasn’t “easily provoked” when he saw the idols, but he was spurred to take action against those idols.

That is, I’m convinced, the idea here. If I love you, I’m not going to be provoked to take action against you. I’m not going to seek a way to hurt you. Even if you upset me a lot, I’m not going to do anything to you. The old cliché is: “Don’t get mad—get even.” Love never seeks to get even. “If anyone slaps you on the right cheek, turn to him the other also” (Matt 5:39). “Do not be overcome by evil, but overcome evil with good” (Rom 12:21).

Love is not resentful.

Honestly, the New International Version does the best job preserving the original here. The New International Version reads: “It keeps no record of wrongs.” The Greek word means to credit to someone’s account for future payment. The idea is that there is no forgiveness when someone does wrong, but you make a mental note of the wrong and you use it to your advantage when you need it.

A few years ago, Tammy and I had one of those “big” arguments. I have no idea what it was about now, but she and I both said things we should never have said. A year or so later, we’re driving in the car and RJ says, “Dad, remember that time you and Mom were arguing and you said . . . ?” I couldn’t turn around to hush him up fast enough.

Love doesn’t do that. Love isn’t going to say, “Remember that time your hurt me terribly?” Love isn’t going to hold a wrong against someone for years and years to come. It may have been that attitude which caused the problems in Corinth at the beginning. Perhaps, some brother wanted to bring Apollos back to preach; another objected because he preferred Paul. They argue and hold it against one another. One is rich and one is a slave—so the rich man refuses to share what he has at the Lord’s Supper. The slave, knowing there’s nothing wrong with eating food in a pagan temple, goes to dine there, because he knows the rich man, being a former pagan, and is going to be troubled. The rich man can speak in tongues and the slave can’t—so the rich man keeps telling everyone you have to speak in tongues to be a true Christian. You understand that’s conjecture. I wish I could say it was pure conjecture, but you’ve known folks to hold grudges for years over the smallest of matters.

According to Fox News, Thomas R. Haberbush of Saratoga Springs, New York, held a grudge for more than 30 years. He had been a teacher at Caroline Street Elementary School. Police say the 72-year-old Haberbush got even with three former school board members, a retired principal and a retired assistant principal. He threw roofing nails in their driveways, thus damaging their tires, and he threw paint on garage doors. It was all over a poor work review he received more than 30 years earlier!

Do we keep a record of wrongs?

Love does not rejoice at wrongdoing.

The Corinthians may very well have had a problem in rejoicing at wrongdoing. We know that they were arrogant over the man living with his father’s wife (5:2). It may also be that some of the strong rejoiced when they saw the weak going in to eat at a pagan temple.