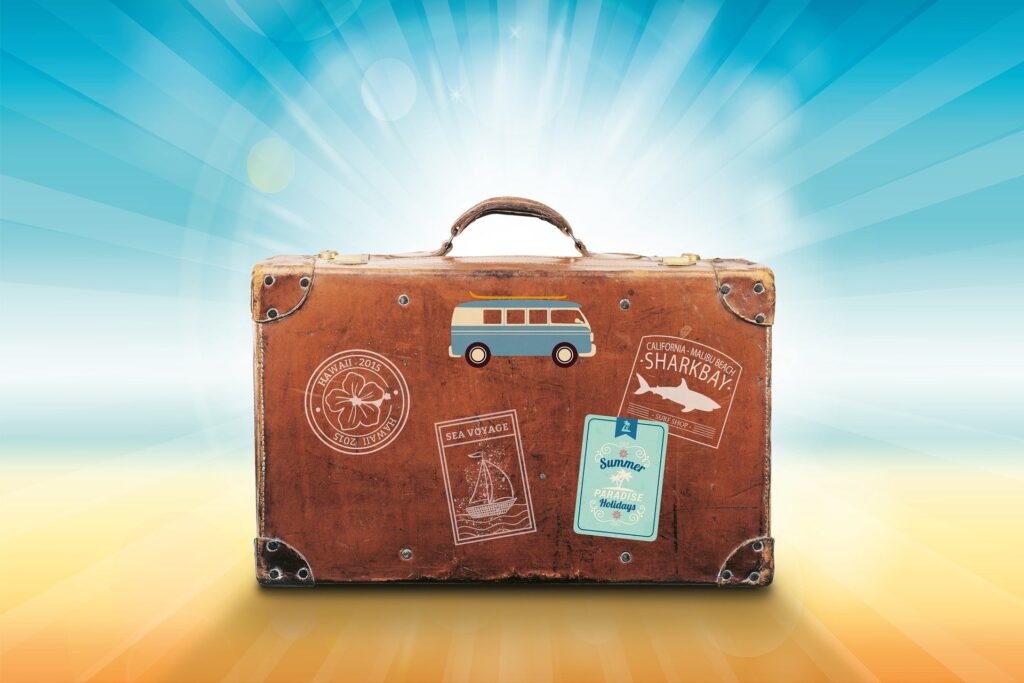 This past Christmas Eve, we worshiped with Tammy’s parents in Pikeville. I believe I heard one of the most cleaver “Christmas” sermons I’ve ever heard. The title of the sermon was the same as this one-“He’s Coming to Town”-and the preacher moved from talking about Santa’s trip around the world that night to Jesus’ coming to town. Of course, Santa’s trip around the world is not nearly as important as the One who is coming to town at the end of time, a point made repeatedly throughout that sermon.

This morning, we want to talk about someone else’s coming to town-the Apostle Paul. Paul had spent considerable time with the Corinthians. In Acts 18:11, we learn that Paul spent a year and a half in Corinth. After Luke narrates some other events which occurred in Corinth, he records in 18:18, “Paul stayed on in Corinth for some time.” We do not know how long that “some time” mentioned by Luke was.

When writing this epistle to the Corinthians, Paul apparently had not been with the Corinthians for some time. He had heard a report from some in Chloe’s household about the divisions present in the congregation (1:11). The Corinthians had written a letter to Paul in which they asked numerous questions (7:1).

The text before us this morning says that Paul intended to visit the Corinthians in the relatively near future.

Paul is Coming to Corinth to Deal with Pride, vv 18-19

Some of the Corinthians had become arrogant as though Paul were not coming to them, but he hoped to come to them very soon if it was the Lord’s will and to find out what power the arrogant people had.

Paul, however, in verse 18, makes it clear that only some in Corinth had become arrogant-the whole congregation hasn’t become arrogant. That is important for our purposes this morning.

Just because some in a congregation have abandoned Christ doesn’t necessarily mean the entire congregation has. Jesus repeatedly made that point in the letters to the seven churches of Asia Minor. The church at Pergamum had some in their midst who held to the doctrine of the Nicolaitans and to the doctrine of Balaam (Rev 2:14-15). The church at Thatirya had an evil prophetess among them, and after Jesus had rebuked the prophetess and her followers, he says, “I say to the rest of you in Thyatira, to you who do not hold to her teaching and have not learned Satan’s so-called deep secrets (I will not impose any other burden on you): Only hold on to what you have until I come” (Rev 2:24-25). After rebuking the church in Sardis, Jesus says, “You have a few people in Sardis who have not soiled their clothes. They will walk with me, dressed in white, for they are worthy” (Rev 3:4).

But, First Corinthians also teaches the flip side of that equation: Error can quickly spread through a congregation. Not all the Corinthians were caught up in the arrogance that was a problem for some, but that arrogance was making its way through the congregation. If this arrogance were not causing a problem for the entire congregation, why would the apostle spill so much ink concerning it? We remember well what Paul says in the next chapter about the man living with his step-mother: “Don’t you know that a little yeast works through the whole batch of dough?” (5:6).

How many congregations have been carried away by two or three individuals? Perhaps there were a couple individuals in the church who were quite cliquish. They ignore others and some who would normally welcome strangers are reluctant to do so because these popular individuals don’t. Perhaps there are some in the congregation who don’t think they need to evangelize; some really want to reach out for Jesus, but the lack of enthusiasm on the part of a few robs the church of the energy she needs for her task. Perhaps there are some who are too busy to visit the shut-ins; others want to do so, but some in the church tell these zealous individuals they need to be busy at home with their families.

Let us be careful to do what is right regardless of what others in the congregation do and not to be bad yeast working through the church!

These arrogant people were probably the guardians referenced up in verse 15; they were likely able to teach the congregation because they had the education necessary to teach. Additionally, they likely had the miraculous measure of the Spirit enabling them to teach the congregation. They likely were rather wealthy members of the church. In the ancient church, wealth often meant power. Because the early church did not have church buildings as we have, they often met in the homes of church members. Obviously, it would take a good size house for a congregation to meet, and naturally the wealthiest Christians had the largest homes and thus those homes became the meeting place of the church. Logically, those who allowed the church to meet in their homes often had great power over the church.

We need to be careful that we don’t become like some of the Corinthians and puffed up with pride. Pride is dangerous to our spiritual lives. “When pride comes, then comes disgrace, but with humility comes wisdom” (Prov 11:2). “Pride goes before destruction, a haughty spirit before a fall” (Prov 21:4). Pride says, “God is so blessed to have me on his side.” Pride says, “This church is lucky to have me. They need to serve me.” Pride says, “I don’t need to pray, for I can handle anything.”

When Paul arrived in Corinth, he would discover what these arrogant people were saying and what power they had. The arrogant people in Corinth were apparently saying some rather unflattering things about Paul. We know that Paul had to deal with much bad publicity at Corinth, for his two epistles to the church deal with defending his reputation against attacks. Paul wants to find out exactly who is attacking his ministry and what they are saying.

He also wanted to know what power these individuals had. It is a sad fact of church life that often those who are the most vocal have the most power. It doesn’t matter what they say, and it doesn’t matter if they’re right or wrong. Diotrephes seems to have been a man like that: 3 John 9-10. Paul wants to know exactly what type of power these people had over others in the congregation.

Paul is Coming to Corinth to Deal with Power, v. 20

Paul says, “The kingdom of God is not a matter of talk but of power.” Paul says that he wants to discover not just what his opponents are saying but what power they have because God’s kingdom is about power, not talk.

We can do a lot of talking ourselves, can’t we? “If only I could get someone to go with me, I’d go visit so-and-so.” “If only we had a different preacher, this church would really take off.” “If only I weren’t so busy, I’d be able to pray and study my Bible more.”

God’s reign is not about such cheap talk; it’s about power. What type of power is Paul talking about? Until you get to verse 19, the term “power” is not used at all in this book to speak of human power; it always denotes God’s power. It was, Paul says in 2:4-5, with God’s power that he came and spoke among the Corinthians; instead of using the best wisdom of the ancient world, Paul used the great power of the Creator.

But, in chapter one, I think we find the real reference to this power. “The message of the cross is foolishness to those who are perishing, but to us who are being saved it is the power of God” (1 Cor 1:18). “We preach Christ crucified: a stumbling block to Jews and foolishness to Gentiles, but to those whom God has called, both Jews and Greeks, Christ the power of God and the wisdom of God” (1 Cor 1:23-24).

Do you know the power of the cross this morning? How has your life been impacted by that great power?

Paul is coming to Corinth to Deal with Preference, v. 21

Paul asks the Corinthians how they would prefer he come to them: with a whip or in love and with a gentle spirit?

The Corinthians had a choice to make: were they going to have to be taken out to the woodshed by Paul, or would he gently deal with them? By the time Paul had written First Corinthians, he changed his mind about visiting Corinth. He writes in 2 Corinthians: “I made up my mind that I would not make another painful visit to you” (2:1). The relationship between Paul and the Corinthians was quite strained, and Paul chose not to come and cause more problems. Paul even tried to get Apollos to go to them, but he was unwilling: “Now about our brother Apollos: I strongly urged him to go to you with the brothers. He was quite unwilling to go now, but he will go when he has the opportunity” (1 Cor 16:12). Who could blame Apollos for not wanting to get in the middle of that hornet’s nest? Some folks in Corinth thought that Apollos hung the moon, while there was another segment in the congregation which believed Paul hung the moon. There was a plethora of other problems at Corinth; no wonder Apollos didn’t want to go visit that congregation.

What if Paul were to come to us: how would he come-with a whip or gently? Paul, of course, can’t come here, for he’s been dead nearly two millennia. But, there is coming a day when Jesus will come to this church. You know that he will bring great and terrible judgment when he comes: “The Lord Jesus [will be] revealed from heaven in blazing fire with his powerful angels. He will punish those who do not know God and do not obey the gospel of our Lord Jesus. They will be punished with everlasting destruction and shut out from the presence of the Lord and from the majesty of his power” (2 Thess 1:7-9). He will also come in gentleness to reward his people: “The King will say to those on his right, ‘Come, you who are blessed by my Father; take your inheritance, the kingdom prepared for you since the creation of the world’” (Matt 25:34).

How will Jesus find you? How will he visit you?