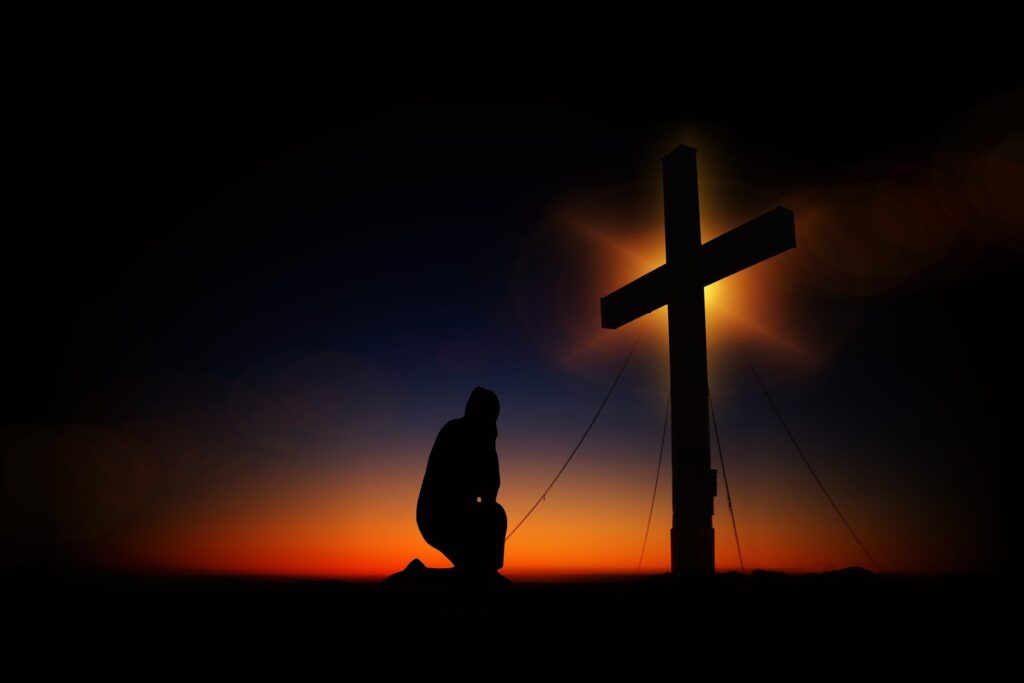 Carl Hurley, a professional humorist from Kentucky, tells of an elderly deacon at the Baptist church who wore the same suit to church week in and week out, year after year. When the suit became so threadbare as to be almost unwearable, some wealthier members of the church took up a collection to buy him a new suit.

The deacon took the money quietly and humbly. Being from a small town, they soon learned that he had gone to the best men’s store in town and purchased a fine suit with new shoes, a new shirt and a new tie. The Baptists were waiting for him on Sunday. But the deacon never arrived. Afraid that they had offended him, some of the other deacons visited him to see if he was all right.

When they asked him about his new suit, he admitted he had bought one. He also admitted that it looked good on him. In fact, he confessed that as he was dressing one Sunday morning, he looked at himself in his new clothes in the mirror. He said, “I just looked at myself and that new suit-and it was so fashionable and good-looking-that I just decided to go to the Episcopal church instead.”

It’s that way in many communities-how much money you have, what status you have in the community, what your last name is-determines where you attend services. If you’re in the “in crowd,” you attend one church, and if you’re not part of the elite, you attend another congregation.

The Corinthians seem to have been concerned about their own social standing in the ancient world. In the Roman world, your social standing had nothing to do with wealth, but it was determined solely on your birth-were you born into a family of nobility or not? Even in our own day, we witness some of that. In the United Kingdom, one’s position in society is largely based upon the family in which he or she is born. Is one born a prince or princess? Is one born a lord or lady? Just how noble a birth does one have? Even in our own country, some people are born with a silver spoon in their mouths just because of their last name. Think, for example, of the position those born a descendant of Joseph and Rose Kennedy have.

Paul reminds the Corinthians of what they were when they were called. Calling reminds these Christians of the action God takes to call individuals to himself. “God’s gifts and his call are irrevocable” (Rom 11:29). “I pray also that the eyes of your heart may be enlightened in order that you may know the hope to which he has called you, the riches of his glorious inheritance in the saints” (Eph 1:18).

Calvinism tells us that God calls some people, but he refuses to call others. Such is not taught in the Scriptures; in fact, that view is refuted in the Scriptures. Jesus said: “I, when I am lifted up from the earth, will draw all men to myself (Jn 11:32). God desires that all men be called-drawn-to him. How is it then that people are called by God? “He called you to this through our gospel, that you might share in the glory of our Lord Jesus Christ” (2 Thess 2:14).

Not many were wise after the flesh-not many of the Corinthians had a philosophical education so valued by the people of their time.

Not many were influential. The Greek reads “powerful” and the King James Version reads more literally than the New International Version and renders the term “mighty.” It does seem, though, that the New International Version accurately conveys the idea: not many were influential, i.e., not many had powerful position in the government.

Not many were of noble birth-not many of the Corinthians belonged to the nobility of the first century world.

Paul’s point is about to become quite obvious. It doesn’t matter that not many of you are wise, influential, or noble. What matters is that you are in Christ.

How much good would it do to come to the end of life and be wise, influential, or noble and not have Christ? When we stand before God in judgment, is it going to matter how much education we have or how faithful to the cause of Christ we’ve been? When we leave this world for the next, is it going to matter if we’ve known the Queen of England or the King of kings? When our earthly existence is no more, will it matter who are earthly parents were or who are heavenly Father is?

I don’t mean at all to imply that God is lowly-he is greatly exalted and lifted up-rather, I mean that God has made lowly the things humans hold in such esteem.

God chose the foolish things that he might shame the wise. We have already discussed how the wise men of the first century viewed the cross as utter foolishness.

Why would God take something so foolish to a first-century person, the cross, and make it the means whereby to save mankind? Could it not be that God is basically saying, “I’ll save you, but your salvation will be on my terms, not your own?” Does it always make sense, in our human wisdom, the way God has determined to save man? Humanly speaking, does it make sense in an era where women can do anything a man can do, for God to say that women are to be silent in the assembly? Does it really make sense, from our human wisdom, to require someone to be submerged in water to have sins removed?

God chose the weak things in the world to shame the strong. To a first century person living in Corinth, crucifixion was the epitome of weakness, and asking someone who was influential to put faith in someone who was so weak that he allowed himself to be crucified was beyond ridiculous. But, again, God is saying, “It’s not whom you know that’s going to save you. It’s you humble submission to my will. Just as Jesus humbled himself by going to the cross, you need to humble yourself and come to him who died on the cross.”

God chose the lowly things, the despised things, and the things that are not, to nullify the things that are. Those who were of noble birth largely thought they had every right to look down upon those who weren’t so fortunate in their position in life. God took the lowliest thing imaginable-the cross-and made it the means by which man can be saved.

God did this for a very simple reason: that no one may boast before him, v. 29. Oh, the implications of that! When I come to the end of life’s journey, I can’t go before God and boast.

Have you come and placed yourself under the cross of Jesus?

The reason that we can come to God from all stations in life is the fact that Christ, his Son and our Savior, has been greatly exalted. It is because of God that we are in Christ Jesus. Our salvation begins and ends with God-It is he who put his grand scheme into motion, it is he who sent his Son to die for our sins, it is he who raised his Son back to life, and it is he who has made it possible for us to be in Christ.

That does not exclude our obedience-obedience is necessary to get into Christ. It is God who has revealed to us what we need to do to be saved-if God had a plan for saving man, but never revealed it to us, we couldn’t obey. When we obey, we are obeying God’s will on God’s terms, not doing whatever we deem fit. It is his will we obey.

Christ has been made for us wisdom from God. Jewish and Greek texts of this time period often personified wisdom, as Paul does here. The Book of Proverbs, for example, often pictures wisdom as a woman calling people to herself. The idea of identifying Jesus with wisdom in this text seems to be that, although the world may not be able to see the wisdom of God in offering his Son for the sins of the world, in Christ, God has demonstrated true wisdom.

Granted, this was not done in a method that fit with the best Greek philosophy of the day. It was not done in a way that the Jews expected their salvation to come. But, the Greeks and the Jews did not have true wisdom. God has true wisdom, and he exercised that wisdom through the death of his Son on the cross.