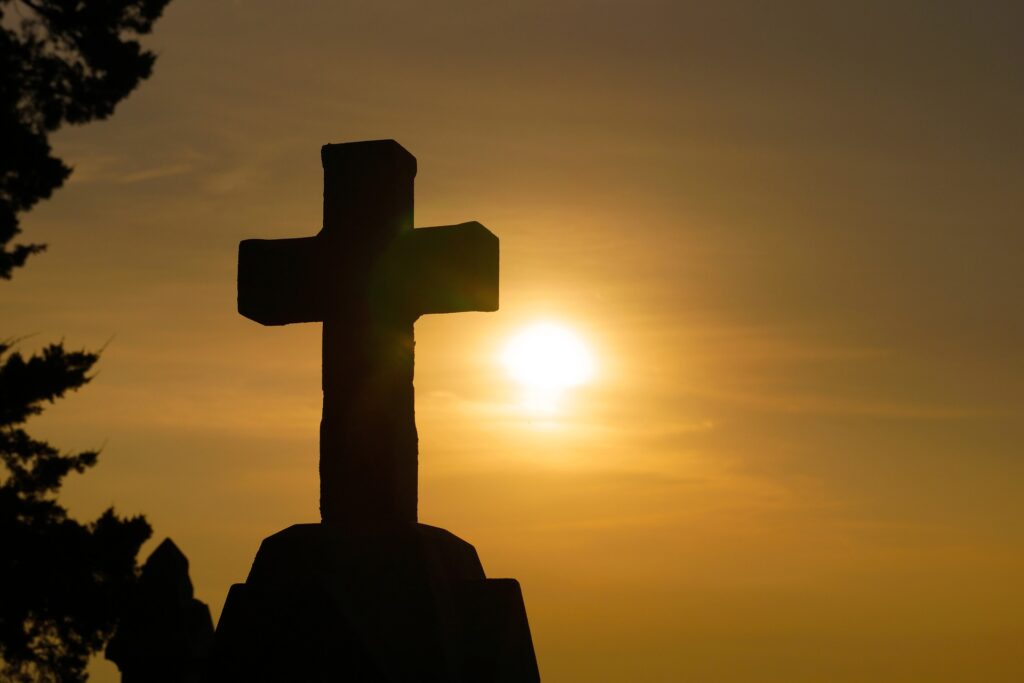 Ronald Reagan gave a speech in Mexico City when he was governor of California. He really put his all into the speech and received quite unenthusiastic applause. The future President was quite embarrassed and sat down. Someone else got up to speak, but he gave his speech in Spanish. Every other line of that speaker’s speech received thunderous applause. To hide his embarrassment, Governor Reagan began clapping before anyone else and longer than anyone else. That was until the United States ambassador leaned over and said, “I wouldn’t do that, Governor. He’s interpreting your speech.”

In our text this evening, Paul concludes his discussion about eating food offered to idols. In the previous paragraph, Paul says that indeed eating food in a pagan temple is lawful, but it’s not beneficial to others. As you look at what Paul says in 1 Corinthians 8-10, the whole debate about eating food offered to idols centered around two issues for Paul: coming under the influence of paganism and influencing others to do wrong. Here, Paul expounds on the second idea: the idea of leading others to sin and adds another element to it: the glory of God. In talking about leading others to sin, Paul provides us three points:

“Whether you eat or drink, or whatever you do, do all to the glory of God.”

The important thing here is the idea of the glory of God. The Greek word for glory–as well as the English word–can mean “reputation” as well as “splendor.” We might say that some athlete receives “glory” for performing well on the court or the field. The context of this passage strongly indicates that we should see “the glory of God” here as “the reputation of God.” Paul goes on in the next verse to talk about giving no offense to the church of God.

Paul, however, leaves the discussion of eating meat offered to idols and quickly adds “or whatever you do.” Therefore, it is not just those who were eating food sacrificed to idols who needed to work for the enhancement of God’s reputation, but it was all Christians there in Corinth. The text sounds much like other passages of Scripture. Matthew 5:14-16. Philippians 1:9-11.

Why did the Corinthians need to bring glory to God in whatever they did?

First, they were the church of God.

Paul addresses the epistle “To the church of God which is at Corinth” (1 Cor 1:2). Therefore, because both the members of the congregation and those on the outside knew these individuals were Christians they could harm God’s reputation by not living up to His standards.

Second, the Corinthians needed to bring glory to God, for they were bought with Jesus’ precious blood.

In a context of sexuality, Paul writes, 1 Corinthians 6:19-20. The Greek term “glorify” in 6:20 is the verb form of the noun in our text. So, because Jesus had redeemed these Christians from sin at such a high price–the price of Himself–they needed to enhance God’s reputation through what they did in their bodies.

How do we practically enhance God’s reputation in today’s world?

One: We carefully live by what we proclaim.

How much damage did Jim Bakker do to the cause of Christ? He did damage because he claimed to be a Christian and he was really a crook.

How careful are we to live by what we proclaim? At work, do people know we go to the Dale Ridge Church of Christ on Sunday but they have a hard time reconciling that with our behavior? In our neighborhood, do people know we come here on Sunday, but do they see a different story in the way we treat our family?

Two: We strive to live by what we proclaim in everything.

Notice that Paul says “whatever you do.” Every single aspect of our life is to enhance God’s reputation–what we choose for recreation, the way we interact with our families, how we spend our money, the way we deal with our employer. That is a tall order, and a difficult order, but that is precisely what God expects from us! Is that the way we strive to live?

The Corinthian Christians needed to “give no offense, either to the Jews or to the Greeks or to the church of God.”

What does Paul mean by saying “give no offense”? I fear that we often understand passages such as this to mean that we weren’t to offend someone’s feelings or that our actions are never to upset someone. It’s really not possible to live that way! But, the word in Greek for “give no offense” means not to lead into sin. Paul means that we need to live in such a way as not to cause others to fall.

Paul tries to please everyone in everything he does, not seeking his own advantage but the advantage of many in order that they might be saved. The Greek word for “please” strongly indicates an attempt. It would be impossible to please everyone, as you well know. Paul himself did not always please everyone. For example, when he was in Ephesus, Demetrius, an idol-maker, became quite upset that he was losing money because of Paul’s preaching and a riot erupted (Acts 19:21-41).

What Paul affirms, however, is that he does not seek what’s good for himself but what’s good for others in order that they might be saved. While it’s clearly out of sync with this modern world, we need to seek the good of others, not our own good. Remember what Paul declares about love? It “does not seek its own” (1 Cor 13:5). In another context concerning eating meat offered to idols, Paul writes, “We then who are strong ought to bear with the scruples of the weak, and not to please ourselves” (Rom 15:1).

The context of this passage, however, is seeking the good of others in order that they might be saved. The salvation of others needs to be our highest aim: Colossians 1:28-29.

Do we not have great opportunities to bring people to Jesus through our service? During the Spanish-American War, Clara Barton was overseeing the work of the Red Cross in Cuba. One day Theodore Roosevelt came to her, wanting to buy food for his sick and wounded Rough Riders. But Barton refused to sell Roosevelt anything. The future President was perplexed. His men needed the help, and he was prepared to pay out of his own funds. When he asked someone why he could not buy the supplies, he was told, “Colonel Roosevelt, just ask for them!”

Barton wasn’t out for her own good but for the good of others. What about us? Are we willing to do whatever we can to help whomever we can in order that we might demonstrate the character of Jesus and lead them to salvation in Jesus?

“Imitate me, just as I also imitate Christ.”

We have often taken this passage out of context and talked about Paul as a general example. I cannot deny that Paul is about the best example we could ever find in Scripture. However, Paul is specifically asking people to follow him in his attitude of service in order to spread the Gospel.

Understand, however, that Paul doesn’t truly hold himself up as an example in this text. He does NOT say, “I’m doing the right thing, so follow me.” What he says is: “I’m following Jesus, so you can follow me.” Indeed, he holds up Jesus as the supreme example for the Corinthians to follow.

Jesus had the concern of others at the forefront of his ministry. Is that not why He came to earth in the first place? While here on earth, Jesus over and over demonstrated His concern for others. Jesus cleaned a leper, whom you weren’t supposed to touch, and the leper became a follower of Jesus (Mk 1:40-45). Jesus healed a widow’s son and the people glorified God (Lk 7:11-17).

Jesus was always more than willing to give of Himself to serve others. Are we? Is that an example we are following? We need to go after Jesus, follow His example. What a powerful example He left! Is that the example you follow?