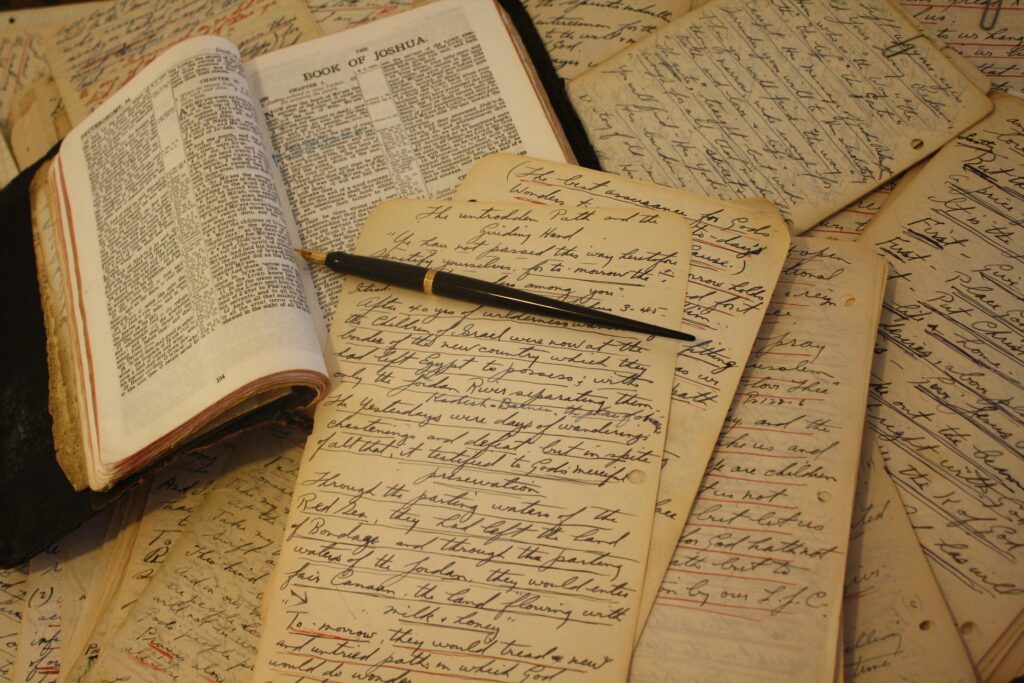 This morning, we want to explore Paul’s description of a good sermon. The Corinthian church was deeply divided, and one of their deepest divisions centered over who preached the best (1 Cor. 1:12). This division arose because they did not understand what good preaching was. In these five verses, Paul seeks to dispel the Corinthians’ misconceptions about preaching. Let’s explore what they needed to learn.

A Good Sermon is Not in Rhetoric or Philosophy, v 1

When Paul went to the Corinthians, he did not go with excellence of speech or of wisdom. “Excellence of speech” refers to oratorical skill; “excellence of wisdom” refers to philosophical skill—Paul says that he did not come to the Corinthians and base his preaching on oratory or philosophy. Many of those in the ancient world based public speaking on the use of oratory and philosophy—they attempted to sound educated and renowned when they never said a word.

You’ve, no doubt, heard preachers try that. They have great public speaking skills and rely upon them, but they never make a solid point. They discuss Scripture from a philosophical standpoint arid talk over everyone’s head, and they never say a word that anyone can take home.

A Good Sermon is Jesus and Him Crucified, v 2

The reason Paul did not base his sermon in rhetoric or philosophy is that he proclaimed Jesus and him crucified. Paul declared the greatest theme of all, why would he want to use rhetoric and philosophy?

He proclaimed Jesus. Immediately after his conversion, Paul proclaimed Jesus “in the synagogues, that He is the Son of God” (Acts 9:20); when Paul began his ministry in Corinth, he “testified to the Jews that Jesus is the Christ” (Acts 18:5). Preaching Jesus would include:

A Good Sermon is with Trepidation, v 3

We are sinners – we stand before sinners, as sinners ourselves, and proclaim the “unsearchable riches of Christ.”

We will be judged based on what we teach.

“My brethren, let not many of you become teachers, knowing that we shall receive a stricter judgment” (Js. 3:1). If those of us who preach teach error, we will face a horrible sentence at Judgment.

What we teach has the power to change lives.

Paul called the gospel “the power of God to salvation for everyone who believes” (Rom. 1:16). What l say from this spot has the power to influence the way you live; I dare not take that responsibility lightly.

A Good Sermon is with Spiritual Power, v 4

Paul’s preaching was “not with persuasive words of human wisdom, but in demonstration of the Spirit and of power.” The Spirit aided Paul as he spoke among the Corinthians. “Paul was compelled by the Spirit, and testified to the Jews that Jesus is the Christ” (Acts 18:5). The Lord spoke to Paul, saying, “Do not keep silent; for I am with you, and no one will attack you to hurt you” (Acts 18:9-10). Such encouragement from the Lord must have aided Paul’s preaching. Without any doubt, Paul performed miracles among the Corinthians to demonstrate he spoke with God’s authority.

Those who preach today need to speak with spiritual power. No, those of us who preach do not have the miraculous measure of the Spirit; he does not speak directly to us; he does not aid us in performing miracles. But, as we speak from Scripture, we teach what the Spirit wants to be taught. The Scriptures were inspired by the Spirit: “Holy men of God spoke as they were moved by the Holy Spirit” (2 Pet. 1:21). As we Speak the words of Scripture, we speak with spiritual power, for we speak the words of the Spirit.

A Good Sermon is Faith-Producing

Paul preached to the Corinthians with spiritual power in order that the Corinthians’ “faith should not be in the wisdom of men but in the power of God.” Paul knew that if the Corinthians were to have proper faith, their faith needed to rest on God, not in man. Men change and fail, but God neither changes nor fails – We know that when we put out faith in God, we put our faith on bedrock, not something movable.

That faith leads to salvation. “Believe on the Lord Jesus Christ, and you will be saved” (Acts 17:31). Have you believed to salvation? Do you need to come this morning and be saved by faith and obedience to Jesus?