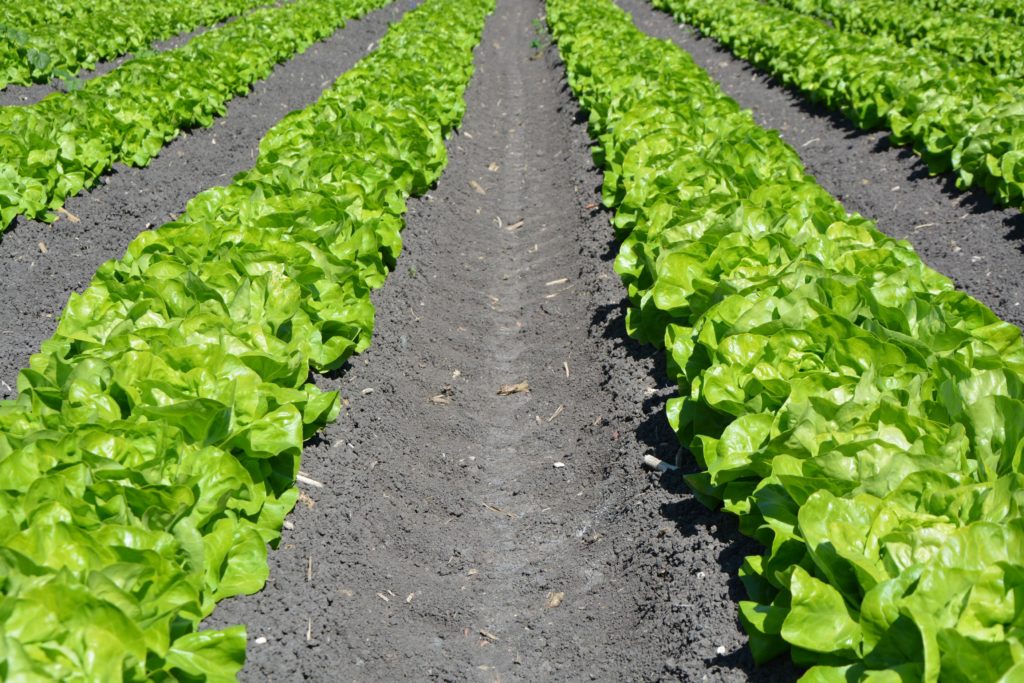 This is also the time of the year we begin to plan for a spiritual harvest. This is the time of the year that we in churches of Christ in this part of the country hold gospel meetings. And, our meeting begins just one week from today. There is much work to be done between now and next Sunday: we need to pray, we need to invite others to come with us, and we need to clear off our schedule to support the meeting ourselves.

Paul spoke about his work among Corinthians in terms of gardening. Because the first century world was a much more agrarian culture than ours, the biblical writers often used agricultural metaphors. “See, I have set you this day over nations and over kingdoms, to pluck up and to break down, to destroy and to overthrow, to build and to plant” (Jer 1:10). “The kingdom of heaven may be compared to a man who sowed good seed in his field; but while men were sleeping, his enemy came and sowed weeds among the wheat, and went away” (Matt 13:24-25).

Paul uses agrarian metaphors in this passage to speak about the work he and Apollo did among the Corinthians.

Paul condemns such a belief in our passage this morning, and he does so by saying that there’s nothing special about Apollos or himself—they were simply doing God’s work.

We’ll explore this passage this morning to see how we can do God’s work.

“What this is Apollos? What is Paul? Servants through whom you believed, as the Lord assigned to each.”

Paul says, “OK, you think Apollos is so great. You think I’m so great. We’re just servants through whom you came to faith.”

Some Christians in this modern age have the same problem. They will come to church when a new preacher comes to town, and they really like that preacher. But when that preacher moves, those Christians wander away because their faith was in the preacher, not in God. Let us be certain that our faith rests upon God and not on any man.

“He who plants and he who waters are equal, and each shall receive his wages according to his labor.”

The one who plants and the one who waters are equal—one is not better than the other. There might be some among us who think that if one can’t do what others can that their work doesn’t matter.

In real gardening, you have to plant and to water. You’re not going to get good results if you plants but you don’t water, or vice versa. In bringing souls to Jesus, we need individuals who will plants and who will water.

Each shall receive his wages according to his labor. If you plant or you water, God is going to reward you.

Could you imagine working at a peach orchard in Georgia and having put in 50 hours one week, you went to your supervisor for payment and he said, “Nope, you just watered these trees. You don’t get a dime?” If you work like that, you ought to be paid for it. And, Paul says that God will reward us if we work in his vineyard.

God has repeatedly told us that he will reward us. In the Parable of the Talents, the master told the faithful servant, “Well done, good and faithful servant; you have been faithful over a little, I will set you over much; enter into the joy of your master” (Matt 25:21). “He who reaps receives wages, and gathers fruit for eternal life, that both he who sows and he who reaps may rejoice together” (Jn 4:36).

Melvin Hoover worked 50 years as a butler in the Louis Mendelssohn family. In Evelyn Mendelssohn’s will, he was bequeathed $100,000. Hoover came to Detroit because his uncle, then a gardener for the Mendelssohn family, had found a job for him. Hoover began working in the family’s garden and stayed with them when they moved to a three-story mansion on Lake St. Claire. “She said she’d take care of me, and she did,” Hoover said.

If a human woman kept her promise to take care of a worker in her garden, how much more will God take care of us who work in his vineyard!

“We are God’s fellow workers.”

The term “fellow workers” could mean: (a) “we are workers with God” or (b) “we, Paul and Apollos, work together.” The context seems to imply that Paul is taking about his and Apollos’ working together. If we want to have a great meeting, a great congregation, we must work with each other. If we want to see more come to Jesus, we must work together. The motto of Kentucky is: “United we stand, divided we fall.” If we desire to accomplish great things for God, we, like Paul and Apollos, must be fellow workers.

“I planted, Apollos watered, but God gave the growth.”

If we will work in God’s kingdom, God will bless us, and we will see growth.

An examination of Acts demonstrates how God gives growth when people do his work. On the Day of Pentecost, about three thousand were baptized (Acts 2:41). Shortly, nearly 5,000 men had been converted (Acts 4:4). “And the word of God increased; and the number of the disciples multiplied greatly in Jerusalem, and a great many of the priests were obedient to the faith” (Acts 6:7).

“Neither he who plants nor he who waters is anything, but only God who gives the growth.”

He who plants and he who waters is nothing. When we have taught and baptized individuals, we can’t pat ourselves on the back and say, “Look at what I have done!” We dare not glory in our own works—even when we bring people to Jesus, we have accomplished nil for that person’s salvation. I didn’t give my son to die for that person, I didn’t shed my blood, I didn’t come forth from the grave, I didn’t inspire men to write the word which converts men’s souls. We need to remember that we are simply doing what God has instructed us to do (Lk 17:7-10).

God is the only One who is anything in the conversion of men—that’s because he is the One who has made that salvation possible.

Mom and Dad raised a garden a few times, and I hated! I’d have to go out and help pick peas or beans or dig potatoes, and it was hard work, and as a 10-year-old, I didn’t care for that. As all of us know, there’s hard work in gardening, but that is the work God has called upon us to do.

Will you begin gardening this day?