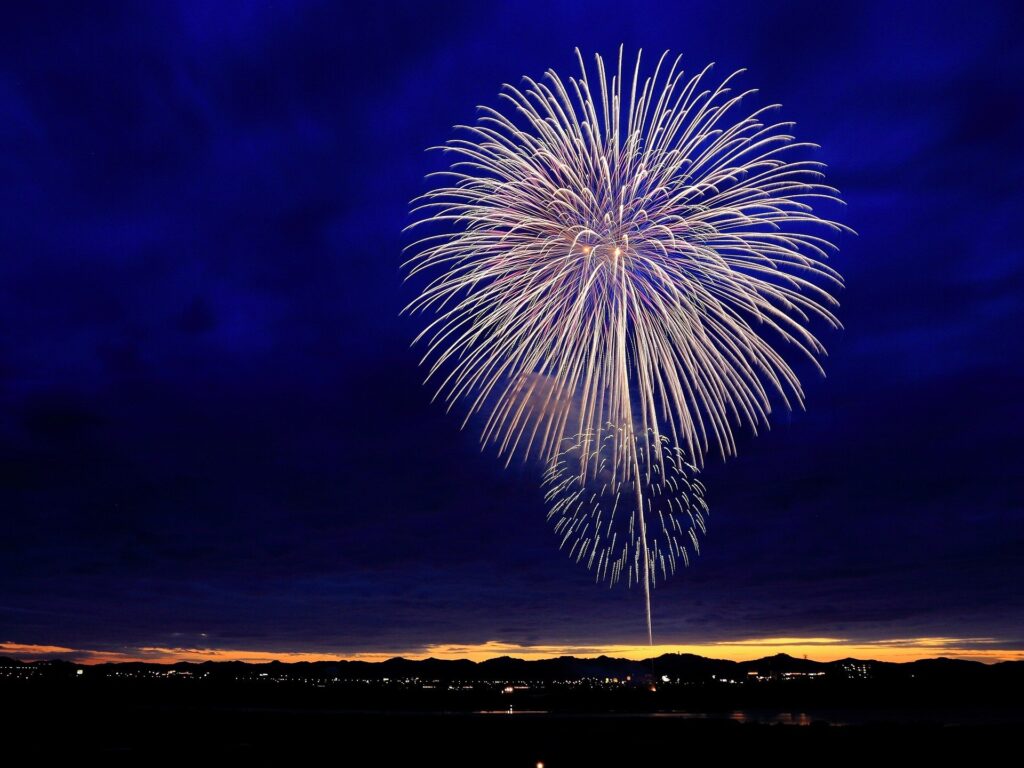 When I was growing up, Independence Day was a special time. As a kid, we’d travel to spend the holiday with my dad’s parents. A parade would always travel through downtown of the little bitty town of Freetown, Indiana—the parade would start at the church where Mamaw and Papaw went; Papaw would often help with organizing the parade, so we boys would get to go to the church and help before the parade started. We’d then find a good spot in town to watch that little parade. One year, the parade organizers honored the local VFW post, and Papaw wore his VFW hat and rode in the parade—he was like a kid in a candy store. After dark on Independence Day, the fire department in that little town would put on a huge fireworks display. There are a lot of special memories for me around the 4th of July.

Five years ago, Tammy and I traveled to Washington, DC for the 4th of July, something that was always on my bucket list. On the 4th, we went to Arlington National Cemetery; we watched the changing of the guard at the Tomb of the Unknowns, visited the graves of the Kennedy’s, and visited the memorials for the shuttles Challenger and Columbia. That evening, we sat on the National Mall across from the White House and watched the fireworks. The fireworks were spectacular and in sync with patriotic music. As we were watching the fireworks, I couldn’t help but think that the President of the United States was on the Truman Balcony right behind me watching the same fireworks as I.

Regardless of how you will or will not commemorate this day, we are all mindful of our freedoms as Americans on a day like today. Yet, there are freedoms far more important than freedom of speech, freedom of religion, freedom of the press, and freedom of peaceable assembly. True freedom is found only in Jesus.

Onesimus, however, thought he could find freedom some other way. He had been Philemon’s slave (Phile 16), but he had run away. However, Paul converted Onesimus (Phile 10) while the apostle was imprisoned in Rome. Paul wrote the Epistle of Philemon to instruct a brother in Christ how to handle a runaway slave. As we examine the Epistle of Philemon, we see: “Seeking forgiveness leads to true freedom.” As our nation celebrates our freedom, we want to think about how to have true freedom through seeking forgiveness.

The Story of Onesimus and Philemon (Philemon 8-20)

When we think about Onesimus and Philemon, we need to piece together what we know from what the Epistle says.

Philemon was a wealthy man who had slaves. We know that Philemon was wealthy; Paul addressed the Epistle to Philemon, his family, “and the church in [their] house” (Phile 2). Obviously, for a church to have enough room to meet, they would need to meet in a fairly large house, the house of a wealthy person.

Philemon was a slaveowner; Onesimus had been his slave (Phile 16). The name “Onesimus” meant “useful,” and was a common name for slaves for obvious reasons. In our culture, we might find it strange to think of a Christian slaveowner, but many Christians in the first century owned slaves. Paul told Christian slaveowners how they were to live; e.g., “Masters, do the same to them, and stop your threatening, knowing that he who is both their Master and yours is in heaven, and that there is no partiality with him” (Eph 6:9).

Now, understand that slavery in the ancient Mediterranean didn’t look like slavery in the Americas. The Romans were happy to enslave anyone; slavery had none of the racist overtones it did in this country. Many slaves did very well. Many looked after their masters’ estates and had more opportunities than most free people. Slaves could often work and gain their freedom; modern scholars estimate that about half of all slaves in the Roman Empire had the opportunity for freedom.

However, slavery was still often very evil. The fact that Onesimus ran away from Philemon itself says that slavery was far from a perfect institution in the Roman Empire. Slaves were considered property and treated as property. The head of a household had the right to kill a slave. If the head of a household were murdered, all the slaves in that household would be executed. If a slave ran away, he would face very dire consequences.

Onesimus couldn’t simply walk away from Philemon and be a Christian. Granted, he ran away before he became a Christian, but now that Onesimus was a Christian, he had an obligation to obey his rightful master.

“If he has wronged you at all, or owes you anything, charge that to my account” (Phile 18). That’s probably a nice way of saying, “What Onesimus has wronged you, I will make right.”

How had Onesimus wronged Philemon?

Onesimus might have stolen from Philemon. If so, he had an obligation to make that right: “Let the thief no longer steal, but rather let him labor, doing honest work with his own hands, so that he may have something to share with anyone in need” (Eph 4:28).

Onesimus had the obligation to make things right.

Onesimus thought he could find freedom in running away, but he could only find true freedom in making things right and seeking reconciliation.

One: Consider whom you have wronged.

Onesimus knew whom he had wronged—Paul was sending him back to Philemon.

Spend some time this week thinking back over the past few years of your life. Whom have you wronged and with whom have you never made things right? Make a list of people who need an amends. You owe it to them, you owe it to God, and you owe it to yourself if you are to find true freedom.

Put yourself in Onesimus’ shoes for just a moment. He could face severe penalties for running away, he had wronged Philemon, he certainly had shame, and Paul told him to go back. Imagine for just a moment how much courage that would have taken!

You need to go and make amends to those whom you have wronged in your life. Will you follow the example of Onesimus and seek true freedom through reconciliation and forgiveness?

Do you need the forgiveness found through Christ this morning?