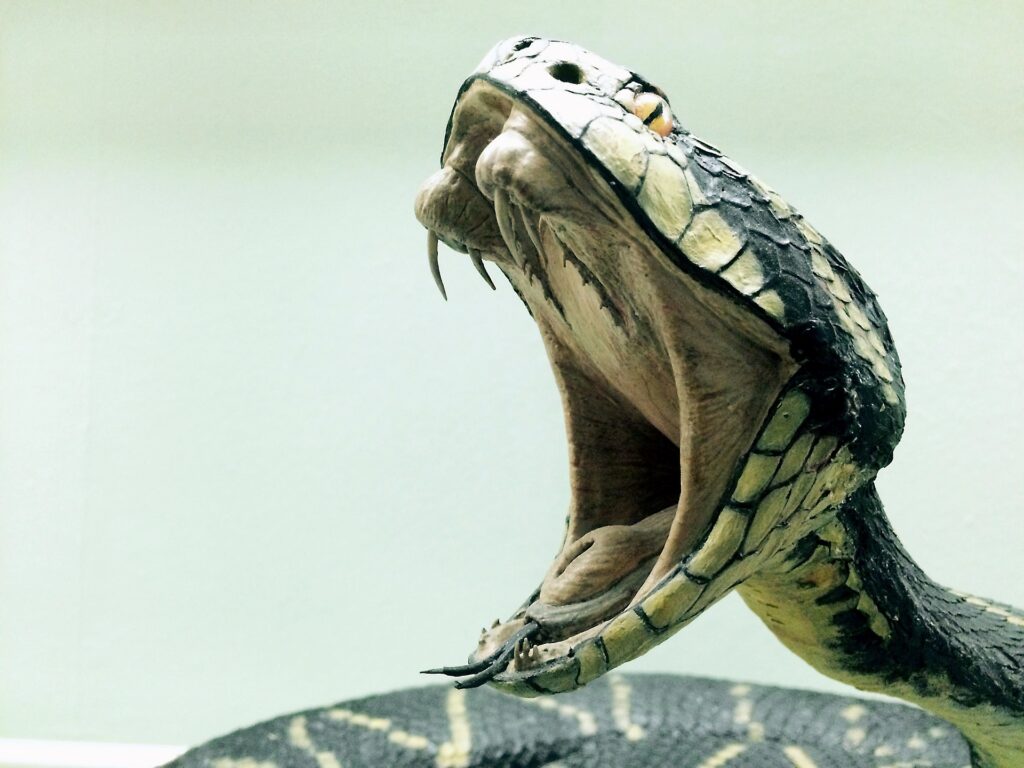 My baby brother was born when I had just turned four. A couple weeks before he was born, my dad called to say that he would be working through the night because of a problem in the production line at Coca-Cola. Mom hobbled off the couch in the August heat to see what she could find to feed her two pre-K sons. Since Mom hadn’t been to the grocery store in a few days, she couldn’t find anything to fix, so Mom called her mom.

Nannie took us to Long John Silver’s. My grandmother, my heavily expectant mother, my 2-year-old brother, and a 4-year-old me were in line at Long John’s; I walked up to a gentleman in line, looked up at him with my big brown eyes and said, “Mister, we don’t have any food in my house and my Daddy’s not coming home tonight.”

It’s one thing to speak with the innocence of a child—after all, I did speak the truth—and it’s another thing altogether to spew venomous poison with your tongue. One of my absolute worst memories is of driving RJ to school one morning and losing my cool big time. As he was getting out of the car, RJ looked at me with a big tear running down his face. Sometimes when I’m going to sleep, I’ll close my eyes and see that look of anguish on his face and that tear on his cheek.

I doubt I’m the only one here with a tongue problem. Maybe you’ve done some public speaking and gotten your tongue twisted. Maybe you were talking with some friends and put your foot in your mouth. Maybe you hurt someone deeply with what you said—maybe you saw a look on a face which still haunts you or maybe it was the tear in the eye.

The tongue was an issue for the Christians to whom James wrote. You see, they were facing persecution; James began his epistle by saying, “Consider it pure joy, my brothers and sisters, whenever you face trials of many kinds” (Js 1:2). Apparently, some of these Christians were speaking evil of their persecutors; James needed to correct that behavior. James also spent a good deal of time in this epistle talking to the rich; e.g., “The rich should take pride in their humiliation—since they will pass away like a wild flower” (Js 1:10). Apparently, some of James’s audience was speaking against the rich in a type of class warfare; James needed to correct that behavior.

Many should not be teachers, for teachers will be judged more strictly. Since teachers speak with their tongues, lead with their tongues, and can condemn with their tongues, it’s right that James mentioned teachers at the beginning of his teaching on the tongue. It’s very possible that the teachers James envisioned are calling for judgment upon those who persecute Christians. In other words, these teachers might have been urging their fellow believers to retaliate against their persecutors contrary to Jesus’s teachings.

We all sin, and James sarcastically added that anyone who never sins with his tongue is perfect and can keep everything else in check.

The tongue, while small, can do big things. To make his point, James used well-known examples in the Mediterranean world:

If something so small can greatly affect something much larger, the tongue can do great harm.

The tongue is set on fire by hell—that suggests where the tongue leads—an unbridled tongue that spews poison will lead to hell.

At verse 9, James will remind his readers that man bears God’s image. Part of bearing God’s image is dominion over the creation: “Let us make mankind in our image, in our likeness, so that they may rule over the fish in the sea and the birds in the sky, over the livestock and all the wild animals, and over all the creatures that move along the ground” (Gen 1:26). While man has successfully tamed animals, no one can tame the tongue.

The tongue cannot properly be used in more than one way—either you curse others with your tongue or you praise God with your tongue. It’s either/or; it can never be both/and.

A common teaching in the days of James was that since man was made in the image of God whatever you did to a man was as if you were doing it to God. James said it is very much that way with how you speak to others.

“You cannot bless God and curse men with the same tongue.”

So many want to bless God and curse man, though, don’t they? In James’ day, those who didn’t appreciate being persecuted were cursing those who were doing them wrong, and the poor were cursing the rich. Today,

How can you be different from the world? How can you use your tongue as God desires?

You need to understand who people are.

James reminded us who people are—they bear the image of God. “With the tongue we praise our Lord and Father, and with it we curse human beings, who have been made in God’s likeness. Out of the same mouth come praise and cursing. My brothers and sisters, this should not be” (Js 3:9-10). To keep from misusing your tongue, you need to remember that those against whom you speak have inherent value, for God created them in his very image.

What if we spent some time looking at people how God views them?

God made them in his own image.

God sent his Son to die for them.

“God so loved the world that he gave his one and only Son, that whoever believes in him shall not perish but have eternal life” (Jn 3:16). “God demonstrates his own love for us in this: While we were still sinners, Christ died for us” (Rom 5:8). Jesus died for every single person you curse.

You need to pray for people.

What would happen if you started praying for people instead of cursing them? Jesus taught you to pray for folks who do you wrong: “I tell you, love your enemies and pray for those who persecute you, that you may be children of your Father in heaven” (Matt 5:44-45). If you’re to pray for those who physically persecute you, shouldn’t you pray for folks instead of cursing them?

When you want to start lashing out at someone, begin praying for him. Pray for God to bless him. Pray for your heart. Pray that you may become more and more like the Father in the way you treat others.

How are you using your tongue this morning? The greatest thing you could ever do with your tongue is confess the name of Jesus: “Whoever acknowledges me before others, I will also acknowledge before my Father in heaven” (Matt 10:32). “If you declare with your mouth, ‘Jesus is Lord,’ and believe in your heart that God raised him from the dead, you will be saved” (Rom 10:9). “Fight the good fight of the faith. Take hold of the eternal life to which you were called when you made your good confession in the presence of many witnesses” (1 Tim 6:12). Do you need to make the good confession this very morning?