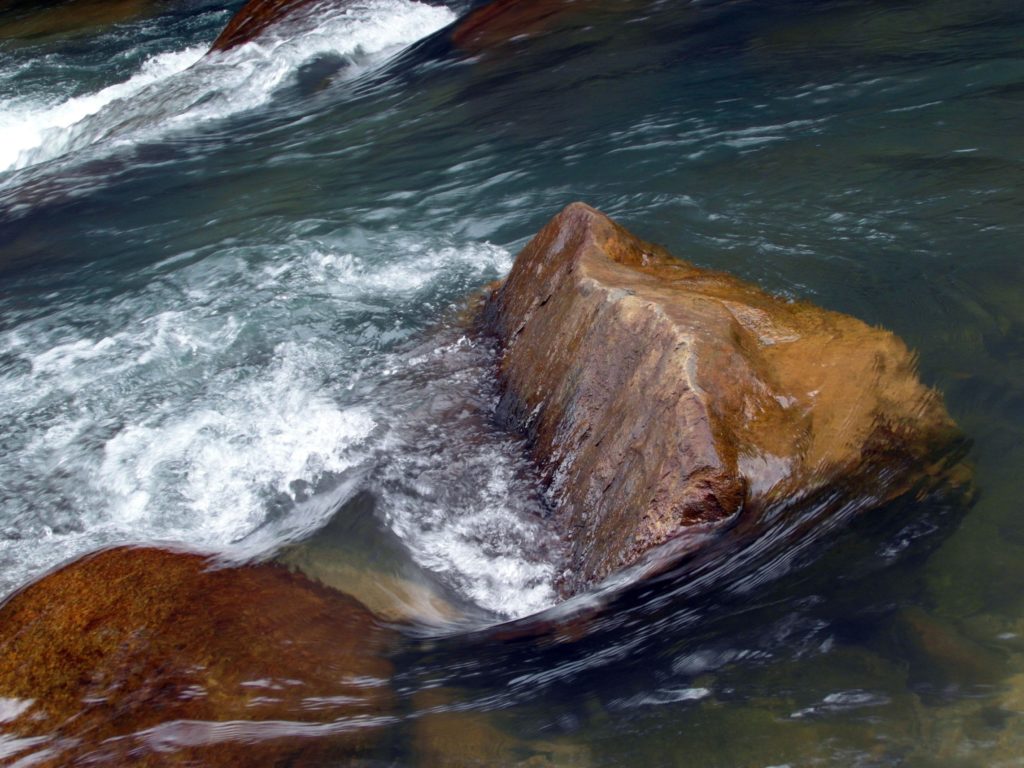 The Doctrine of Irresistible Grace

There is a tradition that Jonathan Edwards, third president of Princeton and America’s greatest thinker, had a daughter with an ungovernable temper. But, as is often the case, this infirmity was not known to the outside world.

Again, Edwards said, “You can’t have her.” “Why?” asked the young man. “Because she is not worthy of you.” “But,” the young suitor asked, “she is a Christian, is she not?” “Yes, she is a Christian,” said Edwards, “but the grace of God can live with some people with whom no one else could ever live.”

Calvin’s doctrine of irresistible grace in a nutshell is that God calls al people through the Word, but some people—those chosen by God—receive a second, inward call of the Holy Spirit. This second call illuminates the heart and allows individuals to be obedient to God’s will. Once you receive this second—inward—call you are going to be obedient to God, respond to his will, be saved—it is irresistible; you have no power to disobey God if you receive this second call. That’s the case because—back to the Doctrine of Unconditional Election—God has decreed from eternity who would be saved and who would be lost, and you are powerless to do a thing about it.

There are several texts used to support the doctrine of Irresistible Grace:

When God discussed the destruction of Sodom and Gomorrah with Abraham, Abraham rhetorically asked aloud, “Will not the Judge of all the earth do right?” (Gen 18:25).

The argument made from this verse is quite similar to the arguments made concerning Unconditional Election (Predestination). God is sovereign, and God does what is right. Thus, because he does what is right, God will give an effectual, inner call to those who he will, and he will deny that inner, effectual call to whom he will.

God is sovereign—none of us would dare deny that. There is none above God, and he does what he wills—that is his right. But God’s sovereignty does not mean that he necessarily is going to give an inner call which cannot be rejected to some individuals and deny that inner call to others.

“All that the Father gives me will come to me, and whoever comes to me I will never drive away” (Jn 6:37).

Jesus said here that all the Father gave him would come to him. Calvin said that those whom the Father gave the Son were called internally and came to him because they had been predestined to do so.

It’s obvious from the context that the Jews to whom Jesus spoke had already rejected him and placed themselves outside of those whom the Father had given him. Notice what the Jews say: “They said, ‘Is this not Jesus, the son of Joseph, whose father and mother we know? How can he now say, ‘I came down from heaven’” (Jn 6:42). “Then the Jews began to argue sharply among themselves, ‘How can this man give us his flesh to eat?’” (Jn 6:52).

Calvin said that the Father chose whom to call and whom not to call, but Jesus doe snot make that statement; Calvin made his claim because Jesus said “No one can come”—in other words, it is an impossibility to come to Christ unless the Father calls us.

The question we probably need to answer is, “How does the Father call?”

Notice that the text says that God chose these Christians to be “saved through the sanctifying work of the Spirit through belief in the truth.” We could translate this “saved by the work of the Spirit and by belief in the truth.” God is not, then, deciding who will be saved and who will be lost, but how they will be saved. In other words, God predestined the plan of salvation. Before the world ever was, God decided how he would save man.

The word of God produces conversion; conversion does not come from any type of special grace of God.

The Word of God can cut to the heart and produce needed changes. “When they heard this [Peter’s sermon], they were cut to the heart and said to Peter and the other apostles, ‘Brothers, what shall we do?’” (Acts 2:37). Peter’s preaching had brought them to the point that they were ready to obey the gospel, not special grace on God’s part.

“The word of God is living and active. Sharper than any doubled-edged sword, it penetrates even to dividing soul and spirit, joints and marrow; it judges the thoughts and attitudes of the heart” (Heb 4:12). The word of God can come to a person, take hold of him, and bring about necessary changes. If you don’t believe me, take it home and read it—I often read through Scripture and am confronted with my own inadequacies in light of God’s standards, and I’m propelled to do better (because of Scripture, not because of God’s grace that is given specially to me and not to some others).

Faith, so essential to salvation, comes by the Word of God, not special grace on God’s part. “My prayer is not for them [the apostles] alone. I pray also for those who will believe in me through their message” (Jn 17:20). “Many who heard the message believed, and the umber of men grew to about five thousand” (acts 4:4). Remember what the angel told Cornelius? “Send to Joppa for Simon who is called Peter. He will bring you a message through which you and all your household will be saved” (Acts 11:13-14). “Every Sabbath he reasoned int eh synagogue, trying to persuade Jews and Greeks” (Acts 18:4). If Paul believed that God effectually called the elect, why was he trying Sabbath after Sabbath to persuade Jews and Greeks? Why not preach the Word and allow God to call effectually those who have been predestined to salvation? “Get rid of all moral filth and the evil that is so prevalent and humbly accept the word planted in you, which can save you” (Js 1:21).

If the doctrine of irresistible grace is true, why did Peter write like he did in 2 Peter 1:10? “My brothers, be all the more eager to make your calling and election sure. For if you do these things, you will never stumble.”

According to the Doctrine of Irresistible Grace, God calls the elect supernaturally. That call cannot be rejected, hence referring to that call as “Irresistible Grace,” but here Peter tells his readers to make their calling certain. According to Calvin, God has made the call certain, it is cut in stone, and there is nothing man can do to change it, but that’s not the truth according to Peter. Also, that call cannot ever be withdrawn—once God calls e, he’s going to keep calling me, and I’m going to respond and be saved eternally. Why do I need to make my calling sure if it can never be withdrawn?

This doctrine contradicts what we know about God.

God desires all people to be saved. “He is patient with you, not wanting anyone to perish, but everyone to come to repentance” (2 Pet 3:9). Since that is true, why would God give some a special call that would allow them to be saved but withhold that call from others?

When Peter was at Cornelius’ house, the apostle said, “I now realize how true it is that God does not show favoritism but accepts men from every nation who fear him and do what is right” (Acts 10:34-35).

God does not play favorites. In context, Peter’s statement refers to the fact that God doesn’t play favorites among ethnic groups—he doesn’t say, in other words, “I’ll save the Jews, but not the Gentiles.” People of all nationalities can be saved. Although the context refers specifically to ethnicity, I don’t think we can ignore the principle in this text that God shows no partiality. God does not favor one person over another.

Notice also from Acts 10 the basis of being accepted by God is “fearing him and doing what is right”—it’s not a special call that comes from God, but it’s fearing God and doing the right thing.

Won’t you decide to be saved this very night?