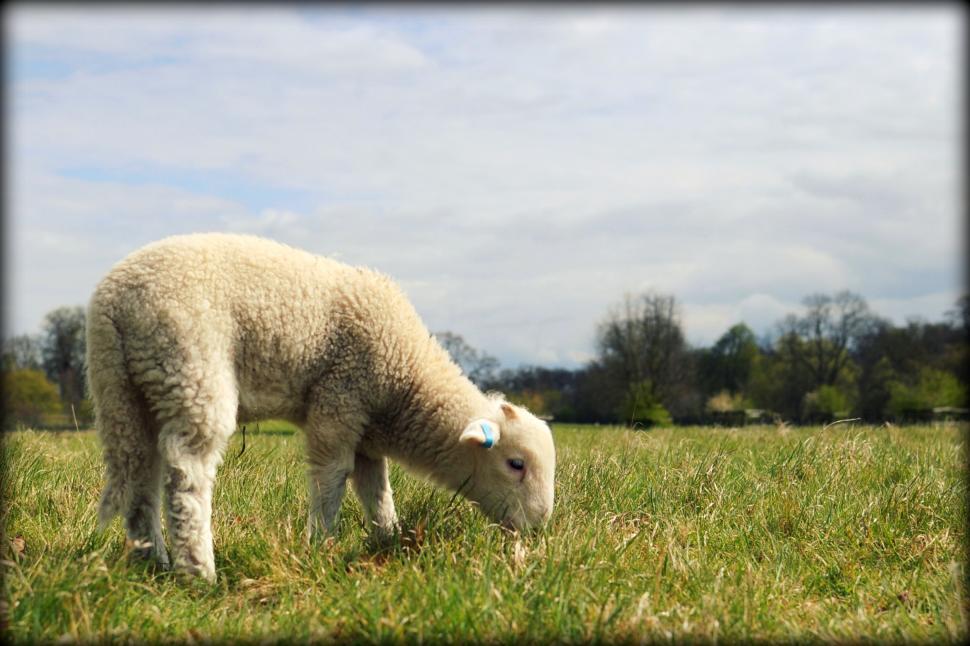 In the Highlands of Scotland, sheep will often wander off into the rocks and get into places that they couldn’t get out of. The grass on these mountains is very sweet and the sheep like it, and they will jump down ten or twelve feet, and then they can’t jump back again. The shepherd will then hear them bleating in distress. They may be there for days, until they have eaten all the grass. The shepherd will wait until they are so faint that they cannot stand, and then they will put a rope around him, and he will go over and pull that sheep up out of the jaws of death. Why don’t they go down there when the sheep first gets there? The sheep are so foolish that they would dash right over the precipice and be killed!

Shepherds have long cared greatly about their sheep. When Saul asked how David could take on Goliath, David answered, “Your servant used to keep sheep for his father. And when there came a lion, or a bear, and took a lamb from the flock, I went after him and struck him and delivered it out of his mouth. And if he arose against me, I caught him by his beard and struck him and killed him” (1 Sam 17:34-35). About being a good shepherd, Jesus says, “I am the good shepherd. The good shepherd lays down his life for the sheep. He who is a hired hand and not a shepherd, who does not own the sheep, sees the wolf coming and leaves the sheep and flees, and the wolf snatches them and scatters them” (Jn 10:11-12).

In tonight’s text, David-himself a shepherd-presents God as THE SHEEP’S SHEPHERD. This is a favorite text of many. This passage has given so many hope in the place of fear. When George W. Bush addressed the nation from the Oval Office on the evening of the 9/11 attacks, the President quoted from this passage. How many times have we gone to a funeral and heard this passage?

This passage speaks quite personally of God. The Psalm opens: “The LORD is my shepherd” (v 1). It’s not just that he’s someone else’s shepherd; he is my shepherd, my personal shepherd. Tonight, we’ll explore this text to see what we can learn of THE SHEEP’S SHEPHERD.

“The LORD is my shepherd; I shall not want. He makes me lie down in green pastures. He leads me beside still waters.”

The Lord, as David’s shepherd, provides. Thus, David would not want; there wasn’t anything that David was ever going to need, for the LORD is his shepherd. David shall lie down in green pastures. These green pastures will supply the sheep’s needs so that they do not need to be moved. In Palestine, fields will be green during the winter and spring, but in the summer and fall, the sheep must be lead many places in search of food. David says that because of God he will never need to roam looking for food. David shall be led beside still waters. These still waters are the wells and springs where the sheep can drink without being rushed. David says that he will be able to take his time and drink as much as he needs. The picture here is that God would provide David’s every need.

God will, likewise, provide our every need. God has a long history of providing for his people. After the Babylonian Captivity, the Israelites praised God saying, “Forty years you sustained them in the wilderness, and they lacked nothing” (Neh 9:21). David says, “I have been young, and now am old, yet I have not seen the righteous forsaken or his children begging for bread” (Ps 37:25).

God will provide for us, as well. “Do not be anxious, saying, ‘What shall we eat?’ or ‘What shall we drink?’ or ‘What shall we wear?’ For the Gentiles seek after all these things, and your heavenly Father knows that you need them all. But seek first the kingdom of God and his righteousness, and all these things will be added to you” (Matt 6:31-33). It is God “who supplies seed to the sower and bread for food” (2 Cor 9:10). This is not a “health-and-wealth” gospel that so many preach. The idea is that God will provide the needs of his people.

“He leads me in paths of righteousness for his name’s sake.”

As a shepherd, the LORD would lead David. Obviously, a good shepherd is going to lead his sheep to food and out of danger; “The sheep hear his voice, and he calls his own sheep by name and leads them out. When he has brought out all his own, he goes before them, and the sheep follow him, for they know his voice” (Jn 10:3-4).

David would be led in “paths of righteousness.” The idea of “paths of righteousness” are “right (i.e., correct) paths.” In other words, God would lead David in the correct way. God would do so “for his name’s sake”-because of who God is. God’s very character requires that he lead his sheep in the correct way. In speaking of the Good Shepherd, Jesus says this about the hireling who sees dangers on the horizon: “He flees because he is a hired hand and cares nothing for the sheep” (Jn 10:13). The hireling flees “for his name’s sake.” It’s because of who he is-his very character is just there to get a paycheck and to care nothing about the sheep.

“Even though I walk through the valley of the shadow of death, I will fear no evil, for you are with me; your rod and your staff, they comfort me.”

As a shepherd, the LORD would protect David. Even though David would walk through “the valley of the shadow of death,” he would not be afraid. This would be the darkest part of the journey. Shepherds often led their sheep through valleys that were dark. David did not need to fear because God was with him. God’s rod and staff would comfort David. The rod was used by shepherds to protect the sheep from wild animals. The staff was used to keep the sheep together, to keep them from getting lost.

God will protect us as well through the shadow of death. For God, the death of his saints his precious: “Precious in the sight of the LORD is the death of his saints” (Ps 116:15). Through Jesus, we have been released from the fear of death: “Since therefore the children share in flesh and blood, he himself likewise partook of the same things, that through death he might destroy the one who has the power of death, that is, the devil, and deliver all those who through fear of death were subject to lifelong slavery” (Heb 2:14-15). Those who die in the Lord are blessed: “‘Blessed are the dead who die in the Lord from now on.’ ‘Blessed indeed,’ says the Spirit, ‘that they may rest from their labors, for their deeds follow them!'” (Rev 14:13).

A son looked upon the lifeless corpse of his godly father. The only words that would come to his mind were: “You won! You won!”

This doesn’t mean that we need to look forward to death. We fear the unknown, the pain that our final hours will invariably bring. But, we have the assurance that those in Christ will be protected by God and shall not see hell!

Jesus called himself the Good Shepherd, because he laid down his life for the sheep (Jn 10:11).

Will you give your life to the Good Shepherd and allow him to bless you?