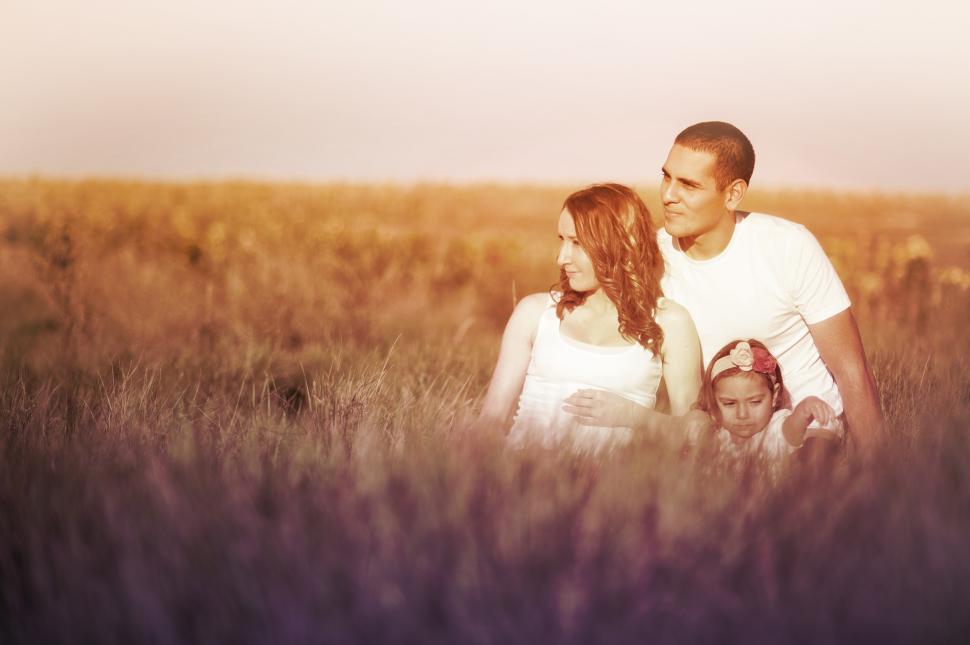 A man and his young son were climbing a mountain. They came to a place where the climbing was difficult and even dangerous. As the father stopped to consider which way he should go, he heard the boy behind him saying, “Choose the good path, Dad; I’m coming right behind you!”

A father has a great responsibility in choosing the right path for himself and his family. “Train up a child in the way he should go; even when he is old he will not depart from it” (Prov 22:6). “Fathers, do not provoke your children to anger, but bring them up in the discipline and instruction of the Lord” (Eph 6:4).

Before we move into our text this morning, there are several things we need to notice about it.

This morning, we wish to take a close look at “THE BLESSED FATHER.”

“Blessed is everyone who fears the LORD, who walks in his ways!”

What does it mean to fear “the LORD”? Instead of using rhyme, Hebrew poetry uses parallelism. In Hebrew parallelism, the second line of a stanza will often explain or describe the first line. Notice for example, Psalm 120:2: “Deliver me, O LORD, from lying lips, from a deceitful tongue.” “Lying lips” and “a deceitful tongue” refer to the same thing-viz., a lying person. Therefore, in this Psalm, fearing the LORD is the same as walking in his ways.

Throughout the Scriptures, the idea of “fearing the LORD” carries the connotation of honoring God in the way that one lives. “There was a man in the land of Uz whose name was Job, and that man was blameless and upright, one who feared God and turned away from evil” (Job 1:1). “Whoever walks in uprightness fears the LORD” (Prov 14:2). Concerning the Messiah, Isaiah writes, “The Spirit of the LORD shall rest upon him, the Spirit of wisdom and understanding, the Spirit of counsel and might, the Spirit of knowledge and the fear of the LORD” (Is 11:2).

In this Psalm, fearing the LORD means that one obeys him. Obedience to the will of God is absolutely essential to pleasing God. After Saul took some of the spoil of the Amalekites, contrary to the word of the LORD, “the word of the LORD came to Samuel: ‘I regret that I have made Saul king, for he has turned back from following me and has not performed my commandments'” (1 Sam 15:10-11). God had given Saul quite explicit instructions for going again Amalek: “Devote to destruction all that they have. Do not spare them, but kill both man and woman, child and infant, ox and sheep, camel and donkey” (1 Sam 15:3). However, Saul and his men refused to destroy utterly all the good things among the Amalekites. Therefore, the LORD rejected Saul as king. “This day the LORD your God commands you to do these statutes and rules. You shall therefore be careful to do them with all your heart and with all your soul” (Deut 26:16). “Not everyone who says to me, ‘Lord, Lord,’ will enter the kingdom of heaven, but the one who does the will of my Father who is in heaven” (Matt 7:21).

How does the image of our wives’ being a fruitful vine affect us? This image directs us to the blessing our wives are. When Adam was all alone in the Garden, “the LORD God said, ‘It is not good that the man should be alone; I will make him a helper fit for him'” (Gen 2:18). God created the woman so that the man would not be alone but that she might fill his days with companionship. “An excellent wife is the crown of her husband” (Prov 12:4). “He who finds a wife finds a good thing and obtains favor from the LORD” (Prov 18:22).

Men, do we realize the blessing God has bestowed on us by finding good wives? Do we honor God by “showing honor to the woman” (1 Pet 3:7)? Do we love God by loving our wives “as Christ loved the church” (Eph 5:25)?

The blessed father’s children will be like olive shoots around his table. The olive was very important in ancient Israel. That fruit had a very special religious significance. Olives provided the oil for the light in the tabernacle (Ex 27:20). Olives, with spices and perfumes, was part of the oil used for anointing priests (Ex 30:24). Of course, olives also provided food (Hab 3:17). Olive oil was even used medicinally in antiquity.

The olive tree is a very slow-growing tree and it often takes them more than a decade to reach the point where they produce plentiful fruit. The image here is of a careful cultivation of children that very slowly reach maturity; however, like the olive tree, once they reach maturity, they bear fruit for many years to come. A point could be that the children mature and bear their own children. However, because this Psalm speaks so highly of the “blessed man,” the point seems to be that they mature and carry out the righteous life of their father.

We know that children often imitate their parents. About Abijam, we read, “He walked in all the sins that his father did before him, and his heart was not wholly true to the LORD his God” (1 Ki 15:3). That principle, while it can work quite negatively, can also work quite positively: Uzziah “did what was right in the eyes of the LORD, according to all that his father Amaziah had done” (2 Chr 26:4). If we train our children in righteousness, they will continue our righteous heritage. Are you training your children in righteousness?

The psalmist also wishes for the blessing of grandchildren: “May you see your children’s children!” Most Israelites-as most people today-had grandchildren. However, because of a shortened life expectancy, most people in ancient Israel were never privileged to see their grandchildren. Therefore, grandchildren were a high-prized blessing. “Grandchildren are the crown of the aged, and the glory of children is their fathers” (Prov 17:6). Is your family, because of your righteousness, A FRUITFUL FAMILY?

“The LORD bless you from Zion! May you see the prosperity of Jerusalem all the days of your life!”

Zion was a fortified hill in or near Jerusalem that David took on his conquest of Jerusalem (2 Sam 5:6-10). Biblical writers came to use “Zion” to represent Jerusalem or the Temple or the heavenly city. The relation of “Zion” with “Jerusalem” in this passage likely means that we are to think of Jerusalem, the place where God dwelt in the temple (1 Ki 8:10-11).

The psalmist wishes for the faithful man “the prosperity of Jerusalem.” When the ancient Israelites were away from Jerusalem, they were concerned about the worship of God, the Temple, and the strength of the Davidic kingdom. This Psalm is “A Song of Ascents,” one the people would sing as they traveled to Jerusalem for one of the important feasts; therefore, it’s not surprising to see the idea of the prosperity of Jerusalem in this Psalm. In Psalm 22, another “Song of Ascents,” the psalmist writes: “Pray for the peace of Jerusalem! May they be secure who love you! Peace be within your walls and security within your towers!” (vv 6-7).

Fathers, imagine this morning when you awoke, your wife said to you, “The kids and I didn’t get you anything for Father’s Day. Instead, we prayed for the peace and prosperity of Jerusalem.” That might not sit well with you. However, for an ancient Israelite, he would have typically been thrilled, for it mattered to him in the core of his being.

How much do such things matter to us to the core of our being? How much do we care about the church of our Lord? The church should matter greatly to us. Paul told the Ephesian elders, “Pay careful attention to yourselves and to all the flock, in which the Holy Spirit has made you overseers, to care for the church of God, which he obtained with his own blood” (Acts 20:28). “Husbands, love your wives, as Christ loved the church and gave himself up for her, that he might sanctify her, having cleansed her by the washing of water with the word, so that he might present the church to himself in splendor, without spot or wrinkle or any such thing, that she might be holy and without blemish” (Eph 5:25-28).

Does the church matter that much to us? Do we pray that she might grow? I’ve heard all my life that we cannot pray the “Model Prayer” verbatim because it says: “Your kingdom come” (Matt 6:10). I do not deny that the kingdom of God has come upon the earth, but can we not pray, “Your kingdom spread”? The principle in Jesus’ prayer is that we pray for the kingdom to spread and fill the earth. Shall we pray that prayer? Do we labor, doing what we can to see that the church grows and prospers? Do we give generously of our means so that we may grow and prosper? Do we care about the church as the ancient Israelites cared about Jerusalem and the Temple?

We often lament the moral decline of this country. There can be absolutely no doubt but that our nation is in serious, serious moral decline. But, at the same time, there is something very vital we can do to strengthen this nation: live right and train our families to live right. Are you training your family in righteousness? Are you living in righteousness this very day?