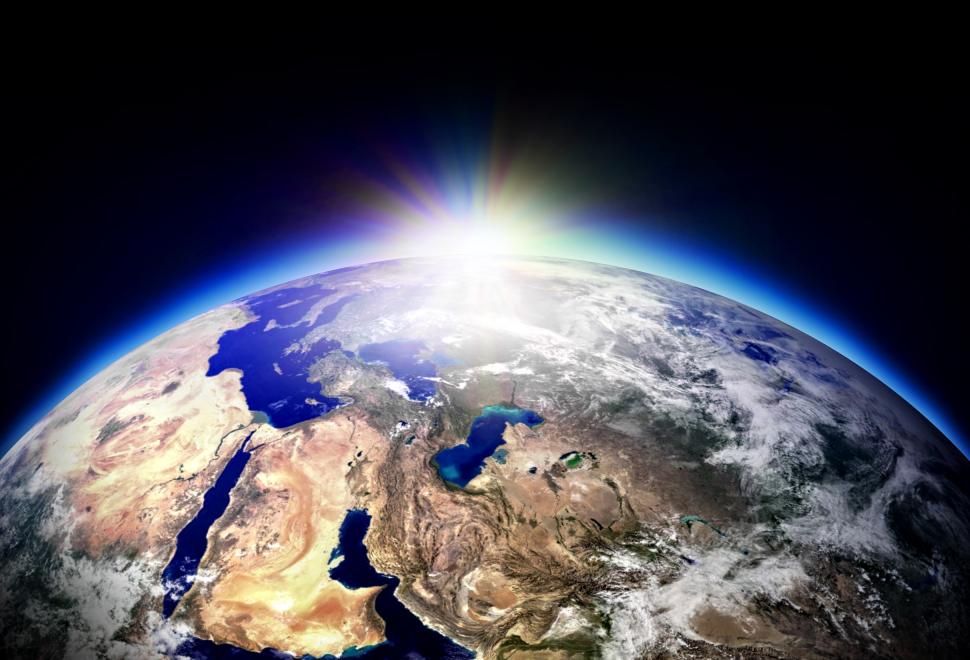 How Majestic is Thy Name (Psalm 8)

John Calvin used to tell his students Cicero’s story about Simonides, the ancient Greek poet, who was asked by Hiero the Tyrant what God was. Simonides requested a day to consider the question, then another day, then another day. Finally, he concluded that the question only became more baffling the longer he thought about it.

The Lord’s name is majestic in all the earth. The Hebrew root of the word for “majestic” refers to something which is superior to something else. Hence, the King James Version’s use of “excellent” in the verse. The Lord’s name does not simply refer to his name Yahweh, but his name refers to his character, his being. God’s name describes who he is. The meaning is that God is superior over all; he is the sovereign of the universe. God has absolute power and sovereignty over this world. “Your divine throne endures for ever and ever. Your royal scepter is a scepter of equity” (Ps. 45:6). “At once I was in the Spirit, and lo, a throne stood in heaven, with one seated on the throne!” (Rev. 4:2).

The bulwark mentioned at the end of verse 2 could refer to praise or mankind or the heavens – we really can’t be certain.

Regardless of to what the bulwark refers, the meaning of this passage is quite obvious: God has great majesty, and we, as mankind need to give him praise.

The Majesty of the Lord’s Creation, vv 3-8

The Lord cares for man – “When I look at thy heavens, the work of thy fingers, the moon and the which thou hast established; what is man that thou art mindful of him, and the son of man that thou dost care for him?” God’s handiwork is quite amazing. God created the universe and all contained therein. “In the beginning God created the heavens and the earth” (Gen. 1:1). “The God who made the world and everything in it, being Lord of heaven and earth, does not dwell in shrines made by man” (Acts 17:24). I know I’ve used the following numbers previously, but try to fathom the implication in these numbers. The Milky Way Galaxy is thought to have some one hundred to two hundred billion stars, and is thought to be about one hundred thousand light-years across. The nearest galaxy bigger than the Milky Way is the Andromeda Galaxy, containing some two hundred to three hundred billion starts and located about two million light-years away.

God is mindful of man, and he cares for man. The word “care” in the Revised Standard Version or “visitest” in the King James Version has been said to have caused more trouble for translators than any other word in the Hebrew language. The basic meaning of the term seems to be to change the condition of a subordinate either for good or for ill. The parallelism with “mindful” obviously shows that this care is positive – God is concerned about the plight of man.

“Yet thou hast made him little less than God, and doest crown him with glory and honor.” God has made man a little less than God. The Hebrew term “Elohim” here translated “God” can mean one of three things: God, divine beings, or angels. Most of the ancient translations translated this as “angels”; this passage is used in Hebrews 2:7 and the word there is “angels.” The meaning is that in some way God has made humankind just a little lower than divine. Man bears God’s image: “Then God said: ‘Let us make man in our image, after our likeness'” (Gen. 1:26). “A man ought not to cover his head, since his is the image and glory of God” (1 Cor. 11:7). One way in which God has made man a little less than divine is through the sovereignty that God has given man. Verse 6 states that man has dominion over the works of God; God has dominion over the universe, and man exercises dominion over the animal kingdom.

All things have been put under man’s feet – all sheep and oxen, and also the beasts of the field, the birds of the air, and the fish of the sea, whatever passes along the paths of the sea. This passage – along with other passages – presents a biblical view of animals. God said to Noah, “The fear of you and the dread of you shall be upon every beast of the earth, and upon every bird of the air, upon everything that creeps on the ground and all the fish of the sea, into your hand they are delivered” (Gen. 9:2). “Now I have given all these lands into the hand of Nebuchadnezzar, the king of Babylon, my servant, and I have given him also the beasts of the field to serve him” (Jer. 27:6).

Newspapers in Los Angeles reported the strange story of Raymond Lopez. Mr. Lopez, an 80-year-old retiree, is starving so that he can feed the birds in two city parks. The weak Mr. Lopez explained, “I don’t care about myself anymore. I’m only interested in helping all things that suffer and all things that are hungry.” Most of Lopez’ s Social Security check and pension goes to pay the delivery man who comes every Tuesday with 2,800 pounds of feed for the birds. The bill is about $150 a week. While friends have encouraged Lopez to take a trip, relax, or enjoy material things, he replies, “I’d rather go hungry myself than let my birds go hungry.” While we should not intentionally mistreat animals, we need to understand that animals were put here for man, not the other way around.

As previously mentioned, this psalm ends the same way it begins: “O LORD, our Lord, how majestic is thy name in all the earth!”

I’ve already said that the fact that this psalm begins and ends with a declaration of God’s majestic name tells us that that’s the point of this psalm: God’s name is majestic. This psalm demonstrates that God’s name is majestic in two ways: Through the creation of the universe and the creation of man. You were created with the sole purpose of bringing majesty to the name of God, glory to God’s name. Are you fulfilling your purpose?