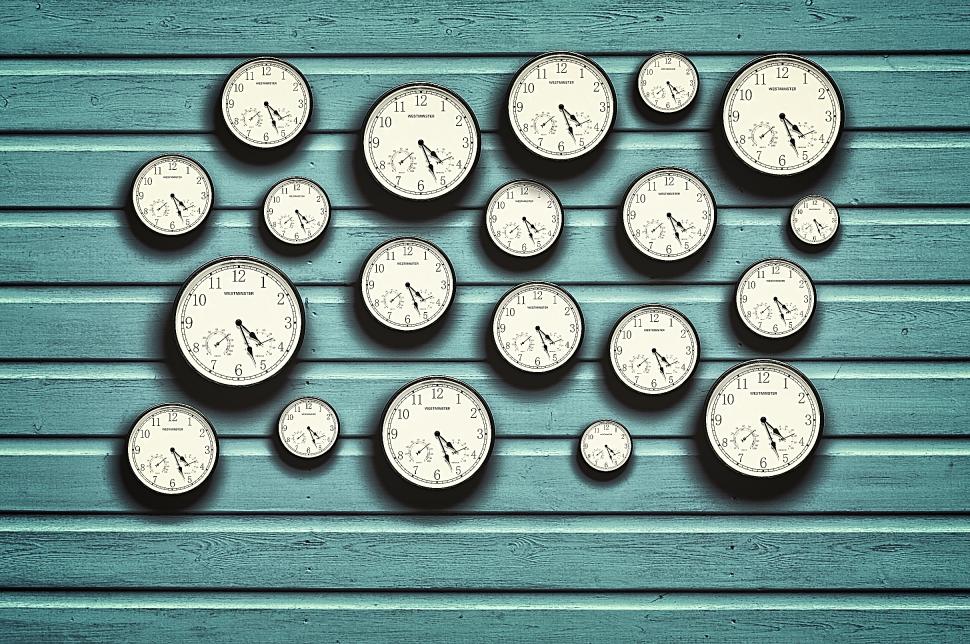 Winston Churchill, one of history’s greatest leaders, suffered from bouts of severe depression. One of Churchill’s friends said of him, “What a creature of strange moods he is, always at the top of the wheel of confidence or at the bottom of an intense depression.” Churchill once told his physician, “I don’t like standing near the edge of a platform when an express train is passing through. I don’t like to stand by the side of a ship and look down into the water. A second’s action would end everything.” To a friend, Churchill once remarked, “I’ve no desire to quit this world, but thoughts, desperate thoughts, come into the head.”

There’s probably not a one of us who – at some point or another – hasn’t dealt with depression. Some among us, without a doubt, have struggled with chemical imbalances that have made depression a common companion. Others among us have faced serious challenges in life, and depression was a by-product of those challenges.

In our text for this morning, David struggles with depression, and he writes about his struggles. This psalm reaches a climax at the end – David begins by expressing his personal struggles but he ends by expressing praise for God. The stanzas of this psalm work in close conjunction with one another as David moves from his own pain to seek for God and to praise God.

“How long, O LORD? Wilt thou forget me for ever? How long wilt thou hide thy face from me? How long must I bear pain in my soul, and have sorrow in my heart all the day? How long shall my enemy be exalted over me?”

The fourfold repetition of “How long” emphasizes the depth of David’s emotions. He is in deep, deep pain and his is crying aloud to God, “How long, O Lord? How long’?” But even the phrase “How long?” implies that there’s hope – David’s going to have tribulation for a set period, but then his trouble will be over.

David, in his pain, asked God if he would forget him forever, and how long God would hide his face from him. “For ever” probably has the connotation of “continually” or “utterly” in this context. According to David, God had forgotten him. When God is said to remember someone, he is seen as providing for and blessing that individual E. g.. “But God remembered Noah and all the beasts and all the cattle that were with him in the ark. And God made a wind blow over the earth, and the waters subsided” (Gen. 8:1). So, when God is seen as forgetting someone, the opposite of remembering someone, he is neither providing for that person nor blessing him. Thus, David says, “God, you haven’t been blessing me for a long, long time.”

We have no idea what circumstances caused David to write this psalm, so we have no way of knowing whether David was guilty of some sin or not. What I find interesting, though, is that David wonders why God is so far away when he’s hurting. Don’t we often ponder that very question when we hurt: “Why is God so far away?” A few years ago a very popular book was entitled, Where is God When I Hurt. The implication is that if we hurt, God can’t be on his throne; otherwise, we wouldn’t be hurting. But, God was still on his throne when Job lost everything, when Jesus was crucified, and when the early Christians faced martyrdom.

David then asked, “How long must I bear pain in my soul, and have sorrow in my heart all the day?” The Revised Standard Version does translate this passage differently than the literal Hebrew. The literal Hebrew is “How long shall I take counsel in my soul” rather than “bear pain.” However, the Hebrew word “counsel” can have the connotation of “worry” as the parallelism with “have sorrow in my heart” suggests.

David was overwhelmed with sorrow. David was a man who was overwhelmed by sorrow on several occasions. “David was afraid because Saul had come out to seek his life” (1 Sam. 23:15). When David’s child born from his adulterous relationship with Bathsheba was ill, David “besought God for the child, and David fasted, and went in and lay all night upon the ground (2 Sam. 12:16). When David heard that Absalom had died, he “was deeply moved, and went up to the chamber over the gate, and wept; and as he went, he said, ‘O my son Absalom, my son, my son Absalom! Would I had died instead of you, O Absalom, my son, my son!” (2 Sam. 18:23). At some point, every one of us, just like David, will have great sorrow.

David concludes this section by asking, “How long shall my enemy be exalted over me?” David had more than his share of enemies in life, and his enemies were probably causing some of the troubles he was facing when he wrote this psalm.

David was facing some great sorrow in his life. Charles Spurgeon, the so-called Prince of Preachers, once began a sermon from Isaiah 41:14 with these words: “I have to speak today to myself, and whilst I shall be endeavoring to encourage those who are distressed and downhearted, I shall be preaching, I trust to myself for I need something which shall cheer my heart — why I cannot tell, wherefore I do not know, but I have a thorn in the flesh, a messenger of Satan to buffet me; my soul is cast down within me; I feel as if I had rather die than live; all that God hath done by me seems to be forgotten, and my spirit flags and my courage breaks down . . . I need your prayers.” Perhaps you need our prayers this morning.

Here we see a major step in the progression of David’s thought and his grief. In the previous two verses, David is lamenting his condition, wallowing in his misery as it were. Yet, in these two verses, he begins to move out of his own grief and begins to reach out to God, and he prays.

“Consider and answer me, O LORD my God; lighten my eyes, lest I sleep the sleep of death.” The Hebrew verb translated “consider” means, in its most basic meaning, “see.” What David seems to be saying here is: “God, don’t be so far away in heaven that you don’t know what’s going on in my life.” Haven’t we felt like saying that very thing to God before ourselves? Whether the circumstances were job insecurity, financial difficulties, marital difficulties, the death of a loved one, or whatever haven’t we felt like saying, “God don’t forget about me. Look at what’s happening to me”? Perhaps there’s something going on in your life right now that you desperately want God to see.

“Lest my enemy say, ‘I have prevailed over him’; lest my foes rejoice because I am shaken.”‘ David says, “God, if you don’t come and help me, my enemy will have the best day of his life. He’ll throw a party because I am destroyed.” How many times have you had something not so good happen to you, and you were afraid that someone who didn’t care that much about you would find out about it and make fun of you?

At first, David seems to be throwing something of a “pity party” for himself. You can imagine David being quite angry and feeling sorry for himself when he wrote the first line of this psalm: “How long, O LORD? Wilt thou forget me for ever?” Something absolutely horrible has happened in David’s life, and he thinks God has completely forgotten about him.

When trouble comes into our lives, don’t we often think that God has forgotten about us? “If God had heard my prayer, this wouldn’t have happened. If God really cared, he wouldn’t let this happen to me.” When we experience difficulties, that will likely be our first reaction, and here an inspired man had that same reaction.

The problem arises when we can’t get past feeling sorry for ourselves; when we just get stuck there and we won’t go further. David went that extra step, and he reached out from his pity to his God in prayer. Reaching out in prayer is absolutely crucial when we face difficulties. When Jesus was about to go to the cross, he went to the garden and prayed. When Paul and Silas had been imprisoned in Philippi, they were praying and singing hymns. An old proverb says, “When thou feelest most indisposed to pray, yield not to it. But strive and endeavor to pray even when thou thinkest thou canst not pray.” Good advice. Will we pray in our trouble?

As David begins to reach out to God, he begins to praise God, and we have a record of that praise here.

David had trusted in God’s steadfast love. “Steadfast love” or “mercy” (King James Version) is a loaded Hebrew term; doctoral dissertations have been written over the meaning of this one word. Probably the term should be understood, not as mercy or steadfast love, but as covenantal loyalty. The idea seems to be that God entered into a covenant with Israel. The Israelites had certain obligations to obey, and God had certain promises to fulfill. God’s “steadfast love” or “mercy” is his loyalty to keeping his end of the covenant. Thus, when David says, “I have trusted in thy steadfast love” he means: “God, I’ve been faithful to the covenant. and because you are a loyal and faithful God, I know you’ll keep your end of the bargain?”

David would rejoice in God’s salvation. “Salvation” here does not mean eternal salvation, but the salvation is deliverance from enemies. David knew because God was faithful to his covenant that he would deliver David from his enemies.

I will sing to the LORD, because he has dealt bountifully with me. Singing is a sign of joy, a sign of gladness. “Is any cheerful? Let him sing praise” (Js. 5:13). But, you know how true this is. If you’re having the worst day, you’re not going to be singing. But, when you’re in a good mood, when things are going well, you sing.

David would praise God, because God had dealt bountifully with him. God had blessed David and been good to him. What an amazing statement in this context! David is having trouble from his enemies and is facing some type of calamity, but he acknowledges God’s goodness. David knew that God was so very good even in the midst of his hurt. What about when we face calamity? Do we see God as very good, or do we blame God for bringing this upon us?