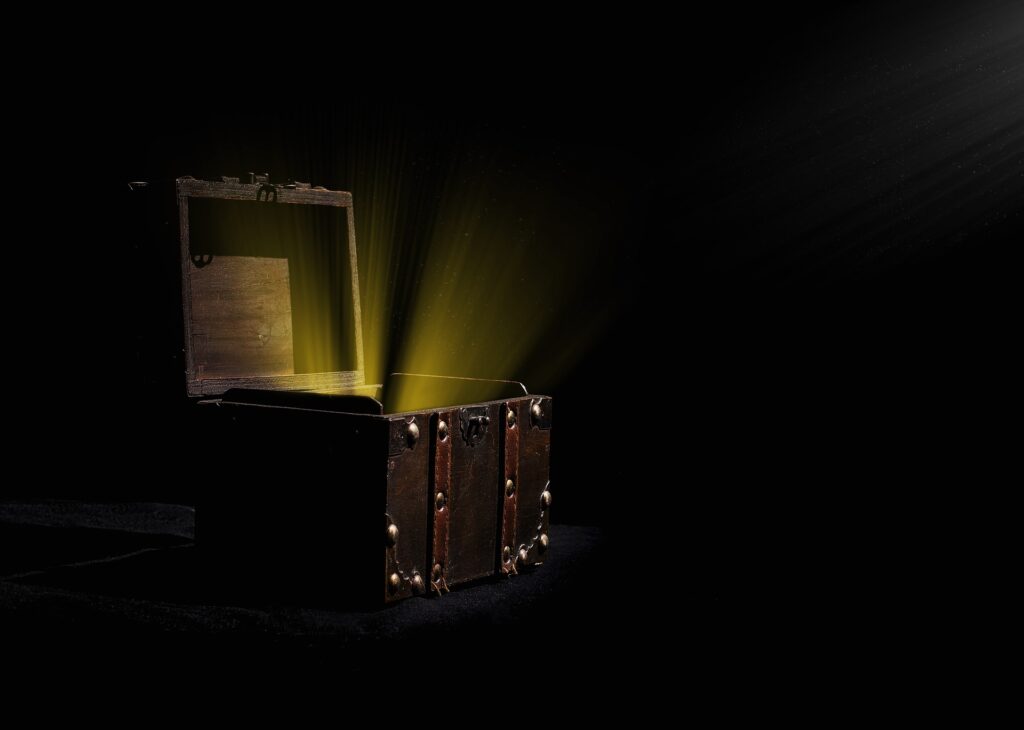 Tammy and I were living in Owingsville, Kentucky, about 20 minutes or so from my hometown, when RJ was born. We lived in a cute little house directly across the street from the town’s water tower. On the morning of Tammy’s ultrasound, she and I quickly devised a plan. If the technician told us that we were having twins, we’d come home and race for the water tower. Whoever got to the top first got to jump. The other parent had to stay and raise the twins. Obviously, RJ did not have a twin, and Tammy and I are both around to raise our children. When we go to my parents, we can see the water tower from the Interstate, and Tammy and I still josh about climbing to the top of that tower.

When Tammy and I joked about going to the top of the water tower, we had never had firsthand experience raising children. But the truth in that jest is that raising a child is a big responsibility. Tammy and I, like all parents, have had ups and downs in raising our boys. There have been times that we’ve wanted to pull our hair out. There have been times we haven’t known exactly how to handle a situation. We have learned so much as we have tried to raise our boys.

But, I know that I’m speaking to folks who are experts at raising children, right? You’ve never had days where you didn’t know what you were going to do with your kids. Your kids always minded you the first time you asked them to do something. You never needed to ask for advice about how best to raise your children.

Let’s face it: Parenthood is the most difficult job there is. From the time man was created parenthood has been a difficult endeavor. The first parents had a problem child. Cain may not have been that troublesome as a boy; I don’t know. But I cannot fathom the heartache Adam and Eve endured after Cain killed Abel. Isaac had Jacob–You remember how that, with his mother’s help, Jacob deceived his father and stole his brother’s blessing. David had Absalom, who tried to capture his father’s throne.

Yet, during the most stressful times of parenting, we can hang our hat on the truth that “Children are the blessing of God.”

Children are a heritage from the LORD. The word “heritage” in the Hebrew is full of meaning. The land of Canaan was often called the “heritage” of the Israelites. The basic idea was that the Lord owned all of the earth, but He had given the Promised Land to His people. Do you see the implication in thinking of our children as “a heritage from the LORD?” Our children do not belong to us, but they have been graciously given to us by a loving God!

The fruit of the womb is a reward. Throughout the Old Testament, there is the idea that God opens and closes wombs, that children are a gracious gift from the Lord. This Psalm opens like this: “Unless the LORD builds the house, They labor in vain who build it” (Ps 127:1). Obviously “house” is being used metaphorically. The idea really seems to be that God is building the family. When Esau and Jacob met after years of strife, Esau saw all of Jacob’s children and asked who all these children were, and Jacob answered, “The children whom God has graciously given your servant” (Gen 33:5). Hannah said to Eli concerning Samuel: “For this child I prayed, and the LORD has granted me my petition which I asked of Him” (1 Sam 1:27). All of that is intended to impress one thing firmly on our minds: “Children are the blessing of God.”

In old age, the children are like arrows in the hand of a warrior. What does that imagery mean? Arrows are weapons; they were used in Solomon’s day either for attack or defense. The idea that they would be for the father’s defense is clear at verse 5: “They shall not be ashamed, But shall speak with their enemies in the gate.” Because the city gate was the place judicial proceedings took place, the image here is that someone has brought an accusation against the old man, and his sons rise up to defend him.

Arrows were often used to hunt food, and one idea in this text may be that the sons help provide for their father in his old age. I know the text speaks of these arrows in the hands of a warrior; however, I don’t think it’s a far stretch to imagine that skilled warriors would hunt on the way to and from battle. Also, remember that Solomon is writing this psalm in a day and age where there were no retirement plans, 401ks, and Social Security. If you were going to eat on a certain day, you were going to work that day. Part of this picture is that the sons are providing for their father.

Happy is the man who has his quiver full of them. As you probably know, a quiver is a holder for arrows. It was good for a man in Solomon’s day to have many children. They could provide more support and help around the house. Both of my grandmothers came from large families of at least 10, and you know why my great-grandparents had so many children. . . to help around the house and farm.

They shall not be ashamed, But shall speak with their enemies in the gate. There are some translations that read “he” instead of “they.” I really do not have a good explanation for that. We’ll take it as the King James and New King James have translated it, as “they.”

As we’ve already mentioned, the city gate was the place where judicial transactions took place–If you had a dispute with someone, you took the matter to the judges at the gate. The idea here is, I believe, that these children have been trained so well that they bring honor to their father when they speak at the gate. For example:

I don’t preach directly from the Psalms very much, because they are very difficult to apply to life. The language is poetic, lofty, and beautiful, but that language doesn’t lend itself to preaching very easily. But, the more I’ve thought about this psalm, I believe there is a great deal we need to glean from it on this Father’s Day. The text unmistakably teaches: “Children are the blessing of God.” Therefore:

We need fathers who pray.

If children are the blessing of God, we need to thank God for the children in our lives. God expects us to be a grateful people. “Let the peace of God rule in your hearts, to which also you were called in one body; and be thankful” (Col 3:15). “In everything give thanks; for this is the will of God in Christ Jesus for you” (1 Thess 5:18).

I want you fathers to spend some serious time this week in prayer thanking God for the blessing of your children. I wonder if a prayerful attitude of thankfulness might not improve a great deal of father-child relationships across this land. Many children are seen as a bother and a chore, but a prayerful attitude of thanksgiving keeps such a thought far, far from us.

Since God has graciously given us children, does it not also stand to reason that we’d pray for guidance as we raise them? The father in this psalm has apparently raised his children well, for they speak well at the gate. You know that God expects the same thing from us. The Scriptures could not be plainer on that point: “Fathers, do not provoke your children to wrath, but bring them up in the training and admonition of the Lord” (Eph 6:4).

But, what if we didn’t try to do it ourselves? What if we asked for guidance from the Lord? “If any of you lacks wisdom, let him ask of God, who gives to all liberally and without reproach, and it will be given to him” (Js 1:5). Anyone who doesn’t realize you need the wisdom of Solomon to be a parent doesn’t have any children! If we’ll pray to the Lord for wisdom, He will answer us.

We need fathers who prepare.

The implication in Psalm 127 is that this father has well prepared his children for life. Notice that children are here called “arrows.” An arrow needs to be sharpened before it can hit a target. The warrior who shoots the arrow has spent many years honing his skill. The children also speak well at the city’s gate–that took a great deal of training and preparation. The father in this psalm prepared his children for life.

We need to prepare our children for life, too. “Fathers, do not provoke your children to wrath, but bring them up in the training and admonition of the Lord” (Eph 6:4). A couple weeks ago, a couple guys were talking in the locker room. I was at the gym at an odd time for me, so I didn’t know either of these guys. But, one said to the other, “I don’t care what my son knows as long as he knows how to make money. That’s all he needs to know in life.” You know how wrong that is!

RJ is at that point in life where he’s just starting to think about his career options. Money plays into that–he needs to be able to support his family. But, our children don’t need to know just how to make a living; they need to know how to live!

That is our role as fathers. What behavior do you model that you want your sons and daughters to imitate? What are you teaching them? Make a list of what you want your children to know before they leave home. Go down that list item by item until you have that truth implanted in your children’s hearts.

We need children who protect.

In Psalm 127, this man’s children speak with their enemies in the gate. The implication seems to be that they are defending their father. Perhaps their father is too aged to defend himself, and his sons rise to their father’s defense.

Children today need to protect/honor their parents. “Honor your father and your mother, that your days may be long upon the land which the LORD your God is giving you” (Ex 20:12). “Children, obey your parents in all things, for this is well pleasing to the Lord” (Col 3:20).

Maybe you no longer have your parents. You might be thinking, “Justin, there’s nothing I can do to honor my parents. They’re not here.” If they were godly parents, you can give them no greater honor than living the way they taught you to live!

Will you honor your heavenly Father on this Father’s Day?