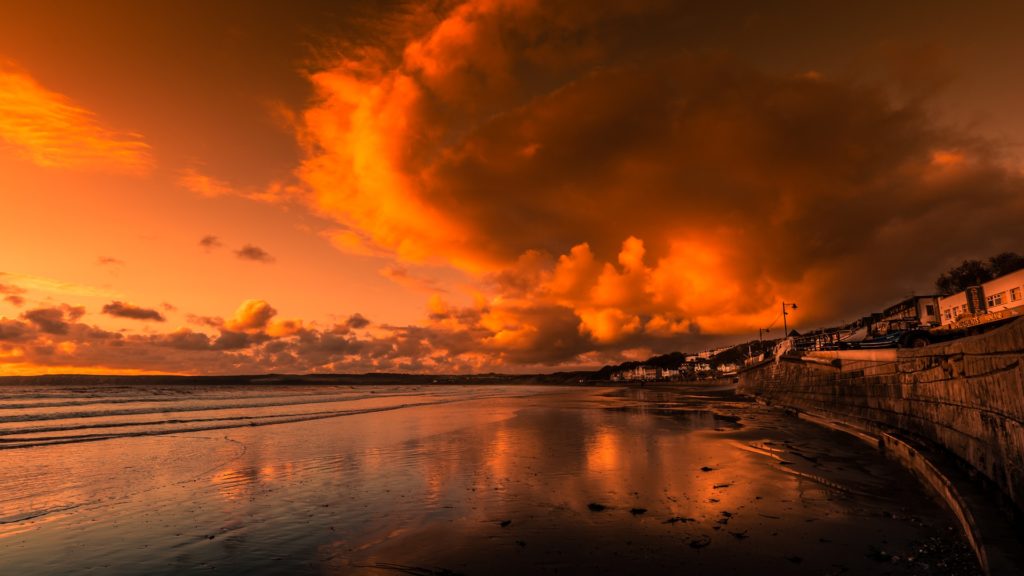 There indeed is a great day coming. “All the nations will be gathered before Him, and He will separate them one from another, as a shepherd divides his sheep from the goats” (Matt. 25:32). Revelation 20:12.

This morning, we want to examine what the Scriptures teach about that great day that is coming.

The Second Coming Will Occur Immediately Before the Judgment

Immediately after Jesus comes, the world will stand before him to be judged. “The Son of Man will come in the glory of His Father with His angels, and then he will reward each according to his works” (Matt. 16:27). Matthew 25:31-32. The Lord Jesus “will judge the living and the dead at His appearing” (2 Tim. 4:1).

When Jesus returns to this earth,

The Second Coming Will Occur at an Unknown Time

Scripture teaches that no man knows when Jesus will return to this earth. “Of that day and hour no one knows, not even the angels of heaven, but My Father only” (Matt. 24:36). “Watch therefore, for you know neither the day nor the hour in which the Son of Man is coming (Matt. 25:13). “You yourselves know perfectly that the day of the Lord so comes as a thief in the night” (1 Thess. 5:2). “The day of the Lord will come as a thief in the night” (2 Pet. 3:10).

There is not a person on this earth who knows when Jesus will return. Many have tried to pinpoint the exact moment that Jesus would return to this earth, but every single one has failed.

We Will All be Judged

Scripture teaches that all will stand before God to be judged. “For we must all appear before the judgment seat of Christ, so that each one may receive good or evil, according to what he has done in the body” (2 Cor. 5:10). “It is appointed for men to die once, but after this the judgment” (Heb. 9:27). “I saw the dead, small and great, standing before God, and books were opened” (Rev. 20:12).

Every single person shall be judged by Christ. Every person in this world will stand before God to be judged—George W. Bush will be there, so will Osama Bin Laden, so will Adolf Hitler, so will Timothy McVeigh, so will you, so will I.

We Shall Be Judged According to Our Works

Scripture teaches that judgment will be based upon our deeds. “The Son of Man will come in the glory of His Father with His angels, and then He will reward each according to his works” (Matt. 16:27). The Father “judges according to each one’s work” without partiality (1 Pet. 1:17). “The dead were judged according to their works, by the 1hings which were written in the books” (Rev. 20:12). “Behold I am coming quickly, and My reward is win Me to give to every one according to his work” (Rev. 22:12).

The most secret parts of our lives shall be exposed on the Day of Judgment. “God will bring every work into judgment, Including every secret thing, Whether good or evil” (Eccl. 12:14). “Judge nothing before the time, until the Lord comes, who will both bring to light the hidden things of darkness and reveal the counsels of the hearts” (1 Cor. 4:5). “God will judge the secrets of men by Jesus Christ, according to my gospel” (Rom. 2:16).

The Judgment Shall be Final

When we receive our sentence from the Lord, that sentence shall be final; there will be no appeal. “It is appointed for men to die once, but after this the judgment” (Heb. 9:27)—once you die and are judged, that’s the end of the matter. When Jesus told of the Rich Man and Lazarus, he told us that there was a gulf fixed between Abraham and Lazarus and the rich man (Lk. 16:26). There was no way the rich man could escape torment. When Jesus told of the Son of Man judging the nations, he depicts himself as handing down the sentence and then immediately sending the wicked into everlasting destruction (Matt. 25:41-46).

There is no court higher than God’s court to which we may appeal his verdict. On October 3, 1994, the Supreme Court of the United States opened its 1994-95 term. According to the New York Times, the court’s legal business that day could be summed up with “No.” The court announced that it had refused to hear more than 1,600 cases. The names and docket numbers of the rejected appeals covered sixty-eight typewritten pages.

We Will be Judged by Jesus Christ

Yet, on closer examination, one learns that God will judge the world vicariously through Jesus Christ. “The Father judges no one, but has committed all judgment to the Son” (Jn. 5:22). “He commanded us to preach to the people, and to testify that it is he who was ordained by God to be Judge of the living and the dead” (Acts 10:42). God “has appointed a day on which He will judge the world in righteousness by the Man whom He has ordained. He has given assurance of this to all by raising Him from the dead” (Acts 17:31).

It makes sense that God would judge the world through Jesus Christ.

It is he who came to this earth.

Although he never sinned, he perfectly understands what it is like to be tempted. Jesus “was in all points tempted as we are” (Heb. 4:15).

He suffered greatly as a man and still lived righteously.

At the Day of Judgment, no one will be able to use the excuse “I just had a hard life.”

He is the Christian’s advocate.

As the Christian’s advocate, Jesus serves as both the defense counsel and the judge. “If anyone sins, we have an Advocate with the Father, Jesus Christ the righteous” (1 Jn. 2:1). Although Jesus loves you, one day he will judge you. Will you break his heart when he judges you?