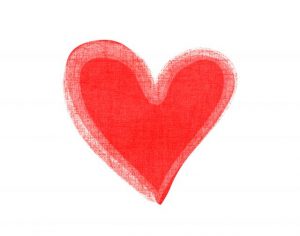 My dad’s mother was a very stubborn woman. In many ways that stubbornness served her well, because she kept going physically long after she should have been dead. You see, she had very severe coronary disease. I don’t think she knew she had coronary problems until she had a heart attack when she was 60 years old. I remember being in the fifth grade and staying with my mom’s parents for several days while Mom and Dad were in Indiana. Only later in life did I learn how touch-and-go things were for several days. The paramedics about lost her three times (I think) on the way to the hospital, and only their skill kept her alive until they could get her to the ER. For many days, she remained in ICU, hovering between life and death.

That heart attack caused muscle damage that would plague her for her remaining 22 years. Because of the muscle damage, her cardiologist recommended a pacemaker a couple years after her heart attack. But, she refused. If the Lord wanted her to live longer, He would make it possible and no pacemaker was going to change that. I can remember how aggravated Dad became, and one weekend we drove up to Indiana so Dad could tell his mother that she was getting her pacemaker. She did eventually get the pacemaker–in fact, she had three or four. But, her heart never quite did right after that heart attack.

Heart disease is terrible. Some of you have struggled mightily with heart disease in one way or another. But, you also know that disease of the physical heart pales in comparison with disease of the spiritual heart. Disease of the spiritual heart impacts everything that we are and everything that we do. “Keep your heart with all diligence, For out of it spring the issues of life” (Prov 4:23). “A good man out of the good treasure of his heart brings forth good; and an evil man out of the evil treasure of his heart brings forth evil. For out of the abundance of the heart his mouth speaks” (Lk 6:45).

One major source of spiritual heart disease is an unforgiving heart. Joseph’s brothers got into trouble because they could forgive neither Joseph nor their father. They hated Joseph and sold him into slavery. Many years would pass before reconciliation. When Haman saw that Mordecai would not bow to him, he was determined to destroy all the Jews. He built gallows upon which to hang Mordecai and all the Jews. The irony, of course, is that Haman himself was hanged upon those gallows.

If we want a healthy heart spiritually, we need to be a forgiving people. We Christians are called on to be forgiving. “Whenever you stand praying, if you have anything against anyone, forgive him, that your Father in heaven may also forgive you your trespasses” (Mk 11:25). “Be kind to one another, tenderhearted, forgiving one another, just as God in Christ forgave you” (Eph 4:32).

Jesus at the cross provides a powerful lesson in forgiveness. The cross itself is an emblem of forgiveness. You know it’s because of that old rugged cross that God is able to forgive us of our sins. But, Jesus Himself uttered a cry of forgiveness: “Father, forgive them, for they do not know what they do” (Lk 23:34). That’s an amazing statement. Jesus forgave those who were killing Him. While most of us would have been calling down curses from God upon the multitude, Jesus is forgiving. While every breath would bring excruciating pain, Jesus offers forgiveness. Those who were crucifying Jesus had done nothing to merit forgiveness–they had not asked for Jesus’ forgiveness, they had not changed their lives, they had not changed their minds and tried to stop His execution–but He still forgave.

“To forgive is to be like Jesus.” Scripture is full of folks who healed their hearts by forgiving.

Our early brethren forgave and became like Jesus. Will we do likewise? Maybe a more pertinent question would be: How do we go about forgiving those deep hurts?