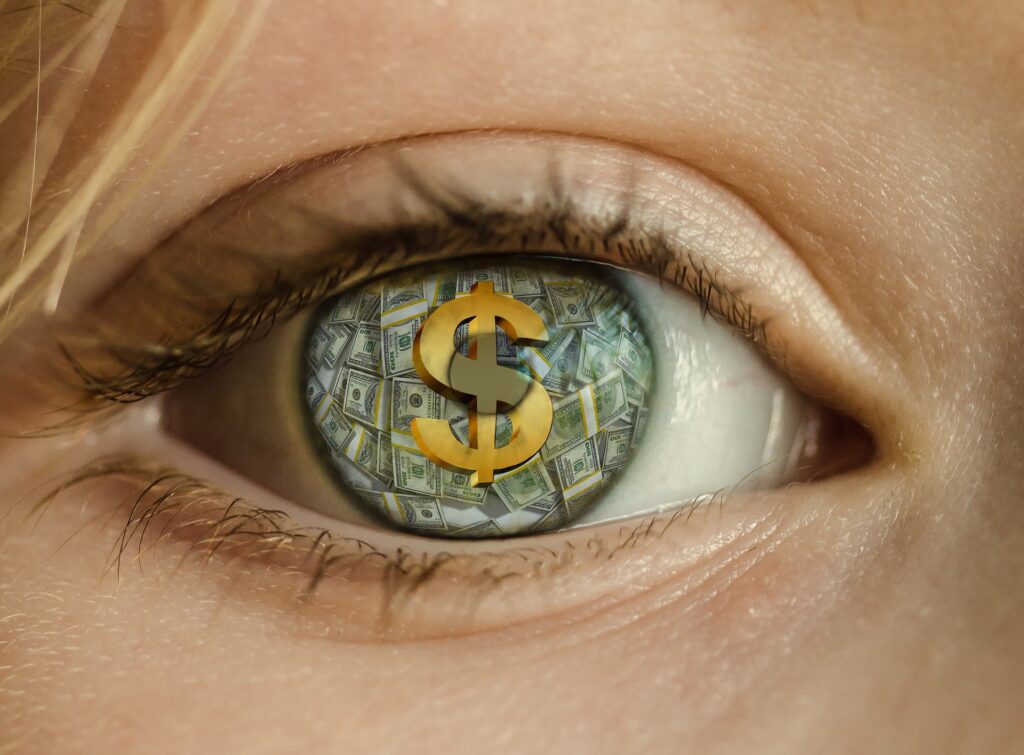 Some people at the gym are selfish! I’m amazed at how many people in the pool refuse to share a lane. I’ll be waiting on the edge of the pool, people will look right at me, but they won’t scoot over and let me swim next to them.

A few weeks ago, a fella started waiting on a lane when I was about two-thirds of the way done with my swim. Since I was going to be in the pool another 45 minutes or so, I offered to share my lane with him.

He jumped in the pool and proceeded to swim in the middle of the lane. I was swimming right at the edge of the lane, and I kept hitting my hands on the lane lines—that smarts! My hands were getting cut to pieces, so I just gave up and got out of the pool.

You’ve surely known selfish folks. Did you ever watch your children struggle with selfishness over their favorite toy? Did your spouse shatter your heart as he or she acted only for self? Did you have a coworker who undermined your advancement? Did you ever have a neighbor who caused you heartburn because he thought only of himself?

Judas was a selfish man. As you look at Judas in this text, you realize that “Selfishness leads to sin.” John listed three sins Judas committed in his selfishness.

Those sins—from Judas’ greed to his lying to his thievery—had their root in Judas’ selfishness. Let’s look at Judas and see that “Selfishness leads to sin.”

Mary, Martha, and Lazarus threw a dinner in Jesus’s honor, likely to thank Jesus for raising Lazarus from the dead.

Mary took a pound of expensive ointment made from pure nard. What’s called a “pound” here would likely have been about 12 ounces, and a typical flask only contained about one ounce. Thus, Mary went above and beyond in her service to Jesus.

Spikenard was a costly oil with a sweet smell that was imported from northern India. There’s no telling how Mary came to have this ointment, but she gave the absolute best to Jesus.

Mary anointed Jesus’s feet with this perfume. The host at a meal would customarily anoint an important guest’s head with oil; however, the host would only give water for one’s feet. An honorable host would never touch his guests’ feet; a slave would do that.

Mary wiped Jesus’s feet with her hair. Married Jewish women did not expose their hair to men. A woman’s exposing her hair was considered extremely immodest—she might as well strip naked. Mary may or may not be married (we simply don’t know), but even a single woman’s exposing her hair to a well-known, single rabbi would cause people to talk. Mary’s more concerned with honoring Jesus than societal norms.

Judas, the one about to betray Jesus, asked, “Why was this ointment not sold for three hundred denarii and given to the poor?” A denarius was the daily wage for the average worker. On average, someone would need to work 10 months to buy this perfume.

Judas claimed he wanted to give the money to the poor, something God commanded the Israelites (cf. Deut 15:11) and Jesus discussed in the Sermon on the Mount (Matt 6:2-4).

Judas was a thief, and he would take from the funds given to support Jesus and his disciples. When rabbis chose a disciple to take care of the funds, that disciple would be the most trustworthy in the group. What Judas did was all the more egregious, for he was betraying a great trust.

Jesus’s statement here didn’t at all minimize concern for the poor. Instead, he said that he needed to be the disciples’ first priority—Jesus would die in just a few days.

Judas’ heart demonstrated: “Selfishness leads to sin.” Selfishness always leads to sin. When Eve saw the forbidden fruit, she wanted to be like God; she, therefore, took and ate (Gen 3:6). When David saw a woman bathing, he wanted her (2 Sam 11:2-4). When Ahab saw Naboth’s vineyard, he had to have it, even if Naboth had to die (1 Ki 21:1-16). When Haman saw Mordecai wouldn’t bow down to him, he plotted to kill all the Jews (Est 3:2-6).

Selfishness, however, is not the way of Jesus.

How can you give up selfishness? The answer is really simple: Be like Mary instead of Judas. Mary wasn’t selfish; she got out of herself, thought of Jesus, and served him.

You need to serve with your effort.

Mary did. Think about it—

The nard may have been a family heirloom she willingly sacrificed. Maybe Mary saved money to buy the perfume. Whatever she did to get the spikenard, Mary made an effort to pour it on Jesus’s head.

Mary risked embarrassment wiping off the perfume with her hair.

Like I said earlier, women of that day did not typically uncover their hair in a mixed audience. Mary, however, was more concerned with honoring Jesus than she was societal norms.

If you are to serve, you must put forth effort.

When Lazarus died, Jesus traveled to Bethany to raise him.

We’re not told where Jesus was when word reached him about Lazarus. However, the Lord had to walk to Bethany to raise Lazarus.

The apostles appointed seven men to oversee the distribution of food to the Greek widows (Acts 6:1-6).

Those seven men had to put forth effort to take care of those Greek widows.

When she died and Peter came to raise her, widows showed Peter garments Tabitha had made for them (Acts 9:39). Tabitha put forth effort in her “acts of charity.”

Peter traveled on foot one full day to reach Cornelius’ home to teach him the gospel (Acts 10:23-24).

Put in some effort to serve. Is there some service you can perform for your neighbor? Can you make an effort to serve a coworker? What effort can you use to serve your spouse or your children or your parents? How could you use your energy to serve a member of this congregation?

You need to serve with your finances.

Mary did. The spikenard she poured on Jesus’s feet was expensive. Even if she inherited the flask, Mary could have sold the ointment for a considerable amount.

If you want to serve, use your finances.

If you will open your eyes, you’ll find all sorts of ways to serve others.

Jesus came to this world as a servant: “The Son of Man came not to be served but to serve” (Matt 20:28). He demonstrated his service when he went to the cross and died for your sins.

The question is: Are you serving him? If you are truly serving the Lord, you’ll be serving others.

Is Jesus truly the Lord of your life? Are you demonstrating his lordship by your service to others? If you need to come, come now as we stand and sing.