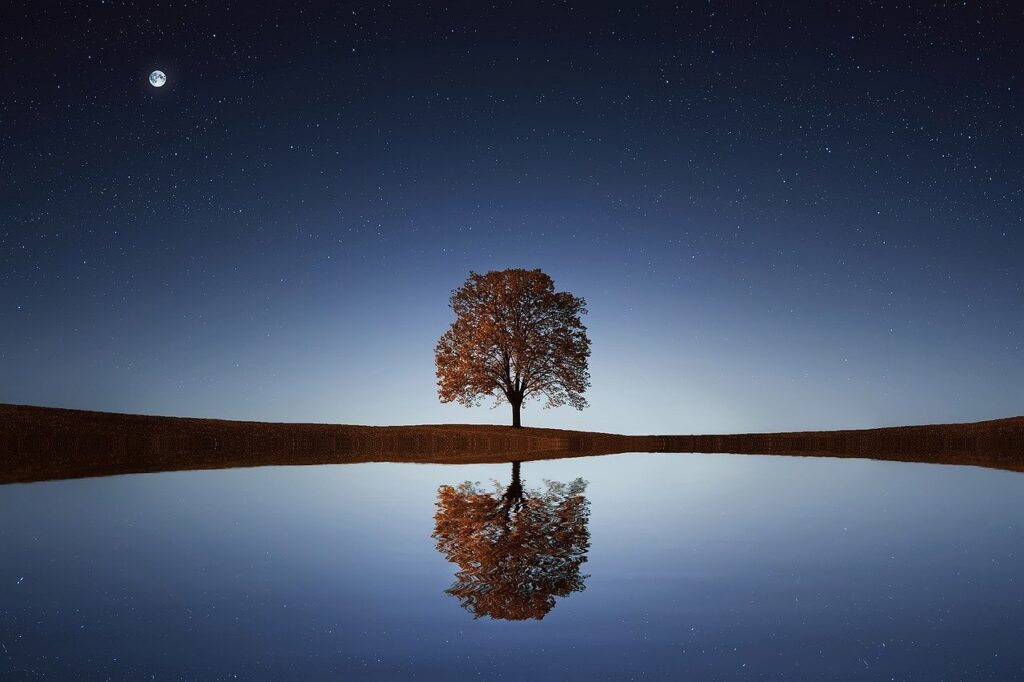 This past December Tammy did some Christmas shopping on a Saturday afternoon. When she came home, she took her haul into her bedroom and started wrapping gifts. She then brought several packages into the family room and arranged them under our tree.

Later that afternoon, she went back in her bedroom to watch TV while I reviewed my sermon in the family room. Her absence and my study time gave me the perfect opportunity to snoop. I found a box with my name on it, and it only had a thin piece of ribbon keeping the box together—no tape or wrapping paper. Inside the box I found a really nice sweater—it was gorgeous. I put the ribbon back in place, put the box back in its place, and finished reviewing my sermon.

As I got ready for bed, I looked at Tammy and said, “I really like my new sweater. Thank you.” She said, “I can’t believe you looked. I trusted you. I would never have done that.” There are two problems with her statement.

I don’t know how much Tammy really trusted me not to look inside that box, but you’ve certainly trusted people who disappointed you. Maybe you had a doctor who made a serious mistake that greatly affected your health. Maybe you trusted a child with your car, and the huge scratch shows your folly. Maybe you put your lunch in the refrigerator at the office, and a coworker helped himself. Maybe you trusted a friend with a secret, and many people now know what you shared. Maybe you trusted your spouse with your heart, but his infidelity or harsh words or unconcern shattered your heart in a million pieces.

The people of Judah have misplaced their trust. They had spent many years following idols.

Because the people have misplaced their trust by following idols, God would send them into captivity: Jeremiah 17:3b-4.

In this morning’s text, God called out the people for their trust in men. As we keep the passage in context, why did God go from condemning idolatry to a discussion of trusting in men? Simply put, an invasion would be the perfect time to put trust in men instead of God. When the Babylonians came against Judah, there would be two temptations:

God, through Jeremiah, said, “Nope, you need to trust me, not some man.”

As we examine this morning’s text, one truth stands head and shoulders above others: “Trust in God is greater than trust in man.”

The one who trusts in man’s strength is like a shrub in the desert. This person has no hope. Like that shrub, he’ll wither and die.

The prophet compared this person to one who dwells in a parched, salt land. The soil in parts of the Middle East is very salty; nothing can grow in that ground. The person like that is hopeless with no potential for growth.

The one who trusts in the LORD is like a tree planted by the water. This person stays the same regardless of his circumstances. The tree doesn’t worry about the heat of summer or drought, for its roots are deep enough to find water. The person who trusts in God has deep roots in the Lord and doesn’t worry when he sees the Babylonian army coming, for he knows God is in control.

“Trust in God is greater than trust in men.” You knew that truth before you got out of bed this morning. I don’t, therefore, need to spend time discussing the need to trust in God.

But how do you get there? How do you learn to trust in God instead of men?

One: Think about what trusting in men really means.

Men are imperfect and make many non-sinful mistakes. Think about David and the temple, for example. David called Nathan the prophet and said that he intended to build God a temple. Nathan said, “Go, do all that is in your heart, for the LORD is with you” (2 Sam 7:3). That very night God’s word came to Nathan and said David was not to build the temple. Nathan didn’t sin when he told David to go and build the temple; he was simply mistaken.

You don’t need me to remind you how often you have been wrong. Why would you ever, therefore, put trust in men?

Think about the consequences of trusting in men. In the immediate context of Jeremiah 17, the people have been led into idolatry. Captivity for that idolatry would soon come.

Trusting men still leads to heartache. Jesus placed a level of trust in Judas, and the disciple betrayed him. The woman called Jezebel in Thyatira was “teaching and seducing” the Lord’s servants to sin (Rev 2:20). The people were putting trust in her, but they—unless they repented—would be cast “into great tribulation” (Rev 2:22).

Two: Think about what trusting in God really means.

In this morning’s text, God showed himself trustworthy—the people went into captivity just as he had said they would.

Think about all the other times God showed himself trustworthy. God promised an old man and woman they would bear a son who would eventually become a great nation. God promised Abraham that his descendants would possess Canaan. God promised King David that he would always have a descendant on the throne—the Lord Jesus reigns today. God Almighty promised King Hezekiah that Judah would be saved from the Assyrians. God promised to raise Jesus from the dead. The Lord promised to establish the church in the days of the Roman Empire.

When you see all that God has done in the past, it’s easy to trust him with your future.

Jeremiah said, “The heart is deceitful above all things, and desperately sick” (v 9). The oracle God spoke to Jeremiah ends at verse 8. Jeremiah, the weeping prophet, often lamented his circumstances; it was he, after all, who wrote the Book of Lamentations. This statement—“The heart is deceitful”—is one of Jeremiah’s laments. The lament is in response to God’s word that man cannot be trusted.

God answered Jeremiah’s lament—God searches man’s heart, and he gives to every man according to his ways. God gave Jeremiah hope: the Lord, in essence, said, “You cannot trust men—they will disappoint you—but I will judge them for their unworthiness.”

Are you prepared to be judged for your deeds this very morning?