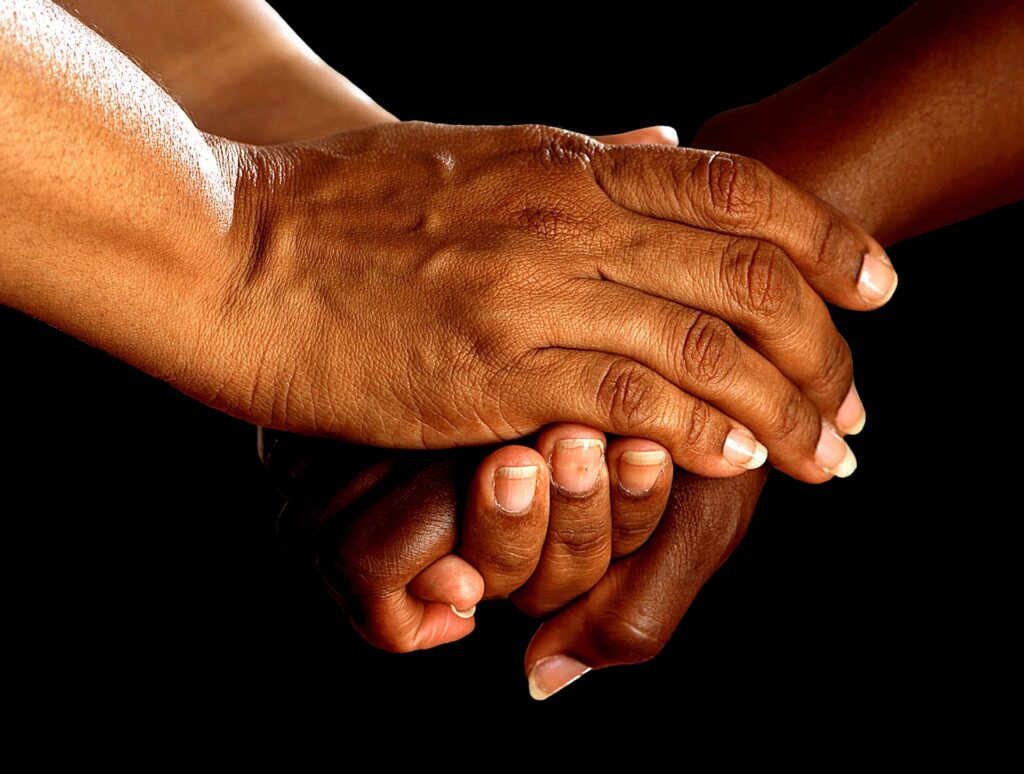 About twenty years ago, I started an exercise program where I lifted free weights a few times a week. One morning, I put some weights on a barbell and started bench pressing. After a few reps, the barbell became heavy. A few more reps, and I got in trouble: the bar came down on my upper chest near my neck, and I couldn’t move it. Fortunately, a buff guy saw what was going on and came to my rescue. I needed his help to avoid serious injury.

I’m confident that I’m not the only one here who has needed help. Maybe one or two of you guys thought you could put that toy together on Christmas morning; but you had to get out the instructions—or worse yet, you had to ask your wife for help. Maybe you were trying to help one of your kids with homework and you eventually went to Google to find the answers. Maybe you came down with a bug, tried some home remedies, continued to get worse, and finally had to go to the doctor. Maybe you and your spouse were struggling and divorce looked like a real option, but you went to a marriage therapist, and he helped you put your marriage back together.

All of us—you and me—struggle with temptation, and that struggle is far worse than having weights that are too heavy, struggling with a toy on Christmas morning, or even suffering with illness. Jesus said, “Temptations to sin are sure to come” (Lk 17:1). The Greek term for “temptations” is “stumbling blocks”—the idea is that others will entice you to sin. “No temptation has overtaken you that is not common to man” (1 Cor 10:13); temptation is simply a part of the human condition.

Because you’re going to struggle with temptation, you need help. You see, succumbing to temptation is serious. Satan tempts you in order to devour you (1 Pet 5:8). Satan hates you. He wants you to sin—he wants to destroy you, both now and in eternity. “Whoever makes a practice of sinning is of the devil, for the devil has been sinning from the beginning” (1 Jn 3:8a). If you just keep on sinning and giving in to temptation, you are of the devil, and you do not belong to God.

Even the greatest men succumbed to temptation. Abraham twice lied about Sarah. David committed adultery with Bathsheba and then killed her husband to cover up the resulting pregnancy. Peter denied Jesus, and years later, he led Barnabas into hypocrisy.

While everyone struggles with temptation, the good news is that “Jesus Christ helps you overcome temptation.” That is the truth the author of Hebrews wished to make in this morning’s text.

Because “the children” have “flesh and blood,” Jesus also became “flesh and blood.” Jesus is the eternal God (Jn 8:58); however, he gave up his divine attributes. In this paragraph, the author gave four reasons for Jesus’s Incarnation:

Satan had the power of death. Death is in the world because of sin (Rom 5:12)—Satan is the mastermind of death. Jesus, through his death and the forgiveness his death offers, destroyed Satan’s power over death.

The fear of death was a major issue in antiquity, just as it is today. Philosophers encouraged people to deal with that fear in several ways. Some said you shouldn’t fear death because death was nothing but annihilation. Others said fear didn’t accomplish anything and you might as well accept Fate.

Jesus didn’t simply come and deal with the fear of death like the philosophers attempted to do. Instead, he destroyed the devil’s power over death, and he delivered people from the fear of death. He didn’t calm fears about death; he got rid of those fears altogether.

Jesus doesn’t help angels. The Scriptures teach that once an angel sins, he has no hope of redemption.

Jesus had to be made like men “in every respect.” He had to give up his divine prerogatives and live as a man. He had to suffer temptation, weariness, hunger, thirst, and death.

Because he lived as a man, he can serve as “a merciful and faithful high priest” in service to God. Jesus isn’t a high priest before God who has no idea about suffering through temptation. Instead, although he is the Mighty God, he understands temptation.

He makes “propitiation” for the sins of the people; a propitiation is a means to satisfy a debt; in other words, Jesus’s death satisfied the wrath of God.

Jesus suffered in his temptation. Because we know Jesus overcame Satan’s temptations, we might just gloss over his suffering. Understand that the temptations Jesus faced were difficult for him.

Thus, he is able to help those who are being tempted. Whenever you are in the throes of temptation, Jesus can help you.

One: You need to Consider Jesus.

Think about the temptations Jesus faced. In the wilderness, Satan came to the Lord when Jesus was at his weakest. Heaven and hell for every one of us hung in the balance. Can you even begin to fathom the torment, the temptation, the suffering your Lord endured? In the Garden, Jesus begged the Father to find a way other than the cross to save mankind. Can you even begin to fathom the temptations the Lord faced to walk away from an extremely painful death? Yet he went to that old rugged cross to conquer death and sin.

Two: You need to Call on Jesus.

The author wrote, “Surely it is not angels that he helps, but he helps the offspring of Abraham.” Jesus stands ready to help you when you’re tempted. Hebrews 4:15-16.

When you’re tempted, you need to pray and ask the Lord to strengthen you.

When you’re tempted, ask the Lord to rescue you from the temptation.

When you’re tempted, you need to ask the Lord to help you find the way of escape.

When you’re tempted, God always provides a way you can escape the temptation (1 Cor 10:13). Ask the Lord to make that way of escape clear that you may walk through it instead of your temptation.

Three: You need to Count on Jesus.

When you yield to temptation and remain in sin, you stand alienated from God. However, Jesus is “a merciful and faithful high priest” to make propitiation for your sins. As the propitiation for your sins, Jesus appeases God’s wrath on your behalf. God has great wrath because of sin: “It is a fearful thing to fall into the hands of the living God” (Heb 10:31). I don’t think you want to fall into the hands of the living God. This is the God who opened the earth to swallow Korah and his ilk, who struck Ananias and Sapphira dead, and who will consign Satan and his followers to an eternal fire in hell.

Jesus offered his body on the cross so you could avoid that fate. Yet, to obtain the benefits of Jesus’s death you need to be obedient to him: Hebrews 5:9. Are you obeying Jesus, or do you need to begin obeying him this morning?