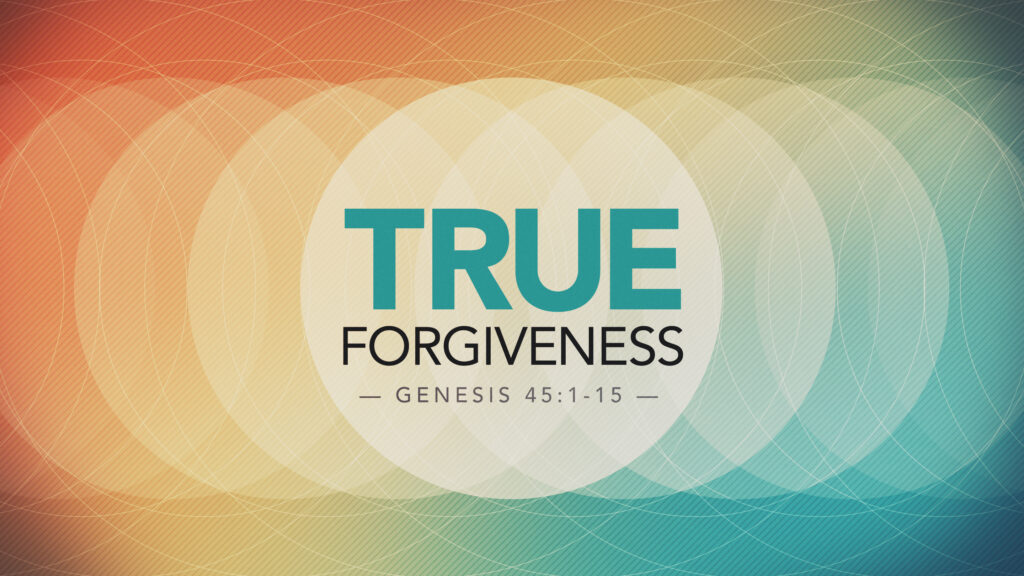 I was bullied relentlessly in school. The school sold ice cream cones in the cafeteria at the end of our lunch period, and Mom always gave me money for an ice cream. One day, I bought my ice cream and went back to my assigned seat. One of the kids at the table reached over and forcefully knocked the ice cream cone out of my hand onto the floor. One of the lunch ladies brought me another cone, but still. . . .

One spring I wore a blue jean jacket to school, and in my government class one day, I set my jacket on the back of my chair. When class was over, I went to put on my jacket, but it was nowhere to be found. The teacher and I looked for it, and we finally found it—in the trash can!

I’m confident that you also have been wronged in your life. Maybe you, too, were bullied. Maybe your parents neglected you or were very harsh. Maybe your spouse has wronged you greatly—infidelity, anger, or neglect. Maybe you had—or have—an employer who acted more like a dictator than a leader. Maybe you have a coworker who is impossible. Maybe your children neglect you or speak cruelly to you or show no appreciation for all your sacrifices. Maybe there is someone sitting here with you in this building who has wronged you in the past—maybe that brother or sister continues to wrong you.

Suffering at the hands of others is part of the human condition. As a man, Jesus himself was subjected to cruelty. “Christ . . . suffered for you” (1 Pet 2:21). The context of that paragraph is how to handle unjust suffering from others. Jesus “was reviled” and “he suffered” (1 Pet 2:23). In his dying for our sins, Jesus was very mistreated—he was betrayed; he was sentenced to death by a kangaroo court for our sins, not his own; and he was condemned by the testimony of false witnesses.

Joseph also suffered greatly. His brothers sold him into slavery, Potiphar’s wife falsely accused Joseph of attempted rape, her husband cast Joseph into prison, and the cupbearer forgot about Joseph and let him rot in prison for two more years. But amazingly Joseph harbored no bitterness. How could Joseph have no bitterness after being so greatly wronged? Joseph knew this truth: “True forgiveness looks beyond the wrong.”

When Joseph revealed himself to his brothers, they couldn’t answer him, for “they were dismayed at his presence.” The Hebrew term for “dismayed” is used throughout the Old Testament for the gut-wrenching fear of an army when they realize that all hope is gone. Joseph’s brothers, in other words, were terrified.

Those brothers had every reason to be terrified. They had sold Joseph into slavery. He had been in Egypt for 22 years—that’s 22 years of his life they had taken away. Joseph was basically the prime minister of Egypt; Joseph himself said he was “ruler over all the land of Egypt” (Gen 45:8). Joseph, as the prime minister of the world’s lone superpower, could have killed his brothers and no one would have batted an eye.

Joseph told his brothers not to be dismayed or angry with themselves because they sold him into slavery. We often hear that we are to “forgive and forget.” That phrase is nowhere found in holy writ. Twenty-two years after the fact Joseph brought up what his brothers had done. However, he looked beyond it and saw the bigger picture.

That bigger picture was that God providentially used the evil of Joseph’s brothers to preserve the divine covenant with Abraham and to allow the Messiah’s entry into the world. Without Joseph in Pharaoh’s court, Abraham’s descendants would have died. The divine promise to Abraham would have been null and void—there would have been no great nation and no Messiah. But God turned the wrong of Joseph’s brothers into good by preserving his promise to Abraham.

Joseph told his brothers to hurry back home and bring Jacob to Egypt. He told them they would dwell in Goshen, a land suitable for herdsmen and a land near Joseph. After all the heartache they had caused him, Joseph still wanted fellowship with his brothers.

“True forgiveness looks beyond the wrong.”

Forgiveness isn’t easy, but forgiveness is the way of Jesus. Matthew 6:14-15. “As the Lord has forgiven you, so you also must forgive” (Col 3:13). The truth of the matter is that you must forgive to be forgiven.

Think about the worst thing that someone has ever done to you. How can you forgive that wrong? Joseph faced his worst hurt when he was sold as a slave, and he provided an example in forgiveness. What is Joseph’s example?

Joseph looked at the result—the outcome—of the wrong, and he understood God used the evil against him to fulfill divine promises. God isn’t going to save a nation of his people through what folks have done to you, but if you look through the wrong, you can see good.

As you think about the worst thing ever done to you, ask yourself, “What blessings came because of the wrong?” Onesimus ran away from Philemon. Onesimus was property, and his running away deprived Philemon of property and productivity. However, Onesimus was converted after he left Philemon. As Paul sent Onesimus back to Philemon, the apostle wrote: Philemon 15-16.

Think about the blessings which came about because of your wrongs.

Look for a way to serve those who have wronged you. What can you do to help him or her? Service gets you out of the way and concerned with another. When you’ve been hurt, you tend to lick your own wounds and think only about yourself. When you serve, you stop focusing on your own hurt, look at others, and begin to move beyond your hurt. Find a way to serve today.

Joseph reduced his opinion of himself in great humility. He was ruler over Egypt—Joseph had every reason to be arrogant. He had been arrogant before.

But Joseph reduced himself and treated his brothers with humility. After Jacob’s death, the brothers thought Joseph might repay them for what they had done. Joseph asked them, “Am I in the place of God?” (Gen 50:19). Joseph knew his place and left any judgment in God’s hands.

You, too, must reduce your opinion of yourself and act in humility. “Do nothing from selfish ambition or conceit, but in humility count others more significant than yourselves” (Phil 2:3). In humility, you always leave room for God to judge wrongs: “Beloved, never avenge yourselves, but leave it to the wrath of God, for it is written, ‘Vengeance is mine, I will repay, says the Lord’” (Rom 12:19).

Joseph sought a restoration of his relationship with his brothers.

Prayerfully, you, too, can restore relationships. Paul refused to take John Mark on the Second Missionary Journey, for the young man had turned back on the First Missionary Journey. However, at the end of his life, Paul told Timothy that John Mark was “very useful to [him] for ministry” (2 Tim 4:11). That’s reconciliation.

Paul urged Euodia and Syntyche “to agree in the Lord” (Phil 4:2). For some reason, these two women were at odds with each other; Paul urged them to be restored to one another.

Jesus urged reconciliation. Matthew 5:23-34. What steps could you take today to reconcile with someone who has wronged you?

Do you need to be reconciled with God this morning?