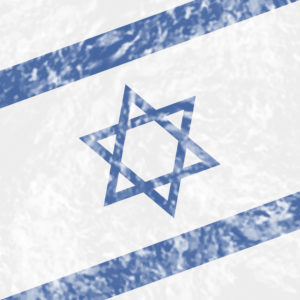 The Value of the Old Testament for the Christian

I remember so vividly my first men’s business meeting in a church. I had just turned eighteen, and I had begun teaching the Sunday morning adult Bible class. One of the men–I honestly don’t remember who–had started a class on Exodus, and he asked me if I would start teaching the class, and I agreed.

Since we had no elders in the congregation, we had a monthly men’s business meeting. I had attended the meeting to ask for support to attend International Bible College to earn a degree in preaching. I readily received the support, but something else from that meeting stands out so vividly in my mind. One of the men looked at me and said, “Justin, you need to quit teaching from the Old Testament; we need teaching from the New.” The men agreed, and my class on Exodus was cancelled.

I was stunned. I had started teaching for someone else who had started the class on Exodus, and I felt personally attacked, probably more a result of my age than anything else. In my young thinking, I assumed that if the book was in my Bible–and Exodus still was the last time I checked–the book deserves study.

As I’ve grown older, my understanding of Scripture has–prayerfully–matured, and I am still convinced, more than ever, that the Old Testament merits serious attention from Christians desiring to know the will of God.

Tonight, we want to examine what the New Testament says about the value of the Old, but before we do, we must remind ourselves that the Old Testament is not the standard by which we Christians live. Romans 7:1-6. Galatians 3:23-25. Hebrews 7:11-28.

Thus, from the Old Testament, we learn what sin really is.

The Old Testament Warns of Disobedience and its Results

Think of the punishment those in the Old Testament received for their sin:

Bill Cosby used to tell of “The First Parent.” Cosby said: Whenever your kids are out of control, you can take comfort from the thought that even God’s omnipotence did not extend to His kids. After He created heaven and earth, God created Adam and Eve. And the first thing He said to them was: “Don’t.” “Don’t what?” Adam replied. “Don’t eat the forbidden fruit.” “Forbidden fruit? Really? Where is it?” “It’s over there,” said God, wondering why He hadn’t stopped after making the elephants.

A few minutes later, God saw the kids eating the forbidden fruit, and He was angry. “Didn’t I tell you not to eat that fruit?” God asked. “Uh huh,” Adam replied. “Then why did you?” “I dunno,” Adam answered. God’s punishment was that Adam and Eve should have children of their own.

God continues to punish sin–not in an immediate sense as He often did in the miraculous age, but we all face punishment for our sin.

The Old Testament Points to Christ

Jesus Himself said to the Jews, “You search the Scriptures, for in them you think you have eternal life; and these are they which testify of Me” (Jn 5:39).

The Old Testament Instructs in Salvation

Paul told Timothy, “From childhood you have known the Holy Scriptures, which are able to make you wise for salvation through faith which is in Christ Jesus” (2 Tim 3:15). When Timothy was an infant, the Old Testament would have been the only Scriptures available, thus Paul obviously speaks about the Old Testament as making Timothy wise for salvation.

How could the Old Testament, which makes no allusion to how we obtain salvation in the New Testament age, make us wise for salvation?

The Old Testament presents quite graphically the universal nature of sin.

Adam and Eve, the first couple, sinned after being placed in the Garden, and sin has been a problem ever since. Abraham, the father of the faithful, twice lied about his relationship with Sarah. David, a man after God’s own heart, committed adultery and killed an innocent man to cover his tracks.

The Old Testament presents the inadequacies of the Law to deal with sin.

The Old Testament told of a Messiah who was coming to take away sin once and for all.

Paul also told Timothy that the Scriptures make one “wise for salvation through faith which is in Christ Jesus.”

Obviously, salvation cannot be divorced from faith in Christ. “I said to you that you will die in your sins; for if you do not believe that I am He, you will die in your sins” (Jn 8:24). When the jailer in Philippi asked Paul and Silas what to do to be saved, they responded, “Believe on the Lord Jesus Christ, and you will be saved, you and your household” (Acts 16:31). The Old Testament produces faith in Christ through the multitude of fulfilled prophecies in its pages.

Hebrews 11 tells us of the great men and women of faith in the Old Testament and illustrates righteousness by their actions. Note specifically verses 32-40. Thus, not only does the Old Testament warn us of the evil effects of sin, but it graphically tells us the wonders of obedience to God.

Think of the great examples of righteousness in the Old Testament:

The Old Testament Gives Us Hope

“Whatever things were written before were written for our learning, that we through the patience and comfort of the Scriptures might have hope” (Rom 15:4).

How does the Old Testament give us hope?

We see God’s faithfulness throughout the pages of the Old Testament.

We see that many of the great characters of the Old Testament struggled with sin.

Abraham lied; David committed adultery; Solomon went into idolatry; Jonah refused to obey when God told him to go to Nineveh. We see, therefore, that even those who desperately wanted to do right struggled with sin, and I have the hope that I can continue to grow and overcome the temptations I have.

The Old Testament Reveals the Nature of God

The Old Testament reveals God as the Creator, as compassionate, as forgiving, and as just.

The Old Testament Shows the Unfolding Purpose of God

The Old Testament gives the grand sweep of the history of the world and God’s dealings with mankind. It would be impossible to place Christ and the church within this history without the context of the Old Testament.

Have you placed yourself in that history?