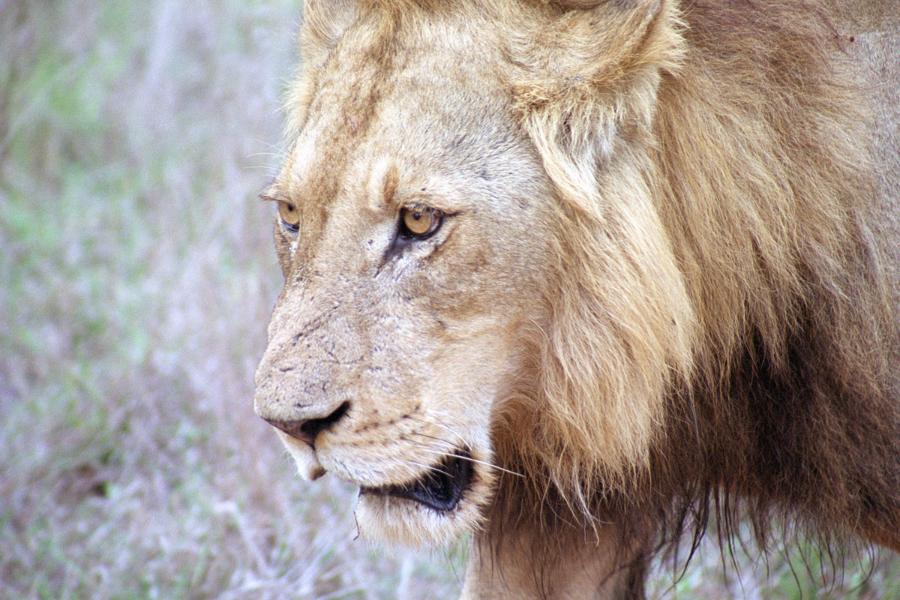 The Origin of Satan

The New York Times, in reporting on a survey by the Barna Group, noted the diminishing belief in the devil among Americans. Two-thirds of Americans do not believe in the devil as a living entity. In a nationwide telephone survey of 1,007 randomly selected people, pollsters asked whether the respondents agreed that Satan is “not a living being, but is a symbol of evil.” Sixty-two percent agreed with the statement, while 30 percent disagreed; the remaining 8 percent had no opinion. “If less than one in three Americans seems willing to give the devil his due,” reported the Times, “then that is a result of fundamental, long-term shifts in the nation’s religious culture.”

If we do not know what we are up against in our Christian lives, we are in serious trouble. Along the banks of the Amazon River lives a species of large, colorful spiders. When one of these creatures spreads itself out, it looks exactly like the blossom of a brilliant flower. Bees and other insects lighting upon it expect to tend honey. Instead, the spider secretes a poison that drugs some of them and kills others.

That’s exactly what the devil can do if we deny his existence. He may look so harmless. Yet, if we look upon Satan as harmless, that is far more than merely dangerous naiveté; such an assumption will lead to our spiritual death. Tonight, we want to explore Satan’s origin that we might understand more about him and be on better guard.

There have been some who have thought that Satan is an eternal being; Satan has existed for an extremely long time, but claiming he is eternal comes close to claiming that he is divine.

God, who is ultimately divine, is uniquely eternal. “The eternal God is your dwelling place, and underneath are the everlasting arms” (Deut 33:27). “Thus says the high and lofty One who inhabits eternity, whose name is Holy. . . .” (Is 57:15).

No similar claims are made for any other being in all of Scripture. In fact, most of the time the Bible speaks of God’s being eternal the authors are attempting to set the true God apart from the pagan gods which are here today and gone tomorrow. Thus, Satan is in no way eternal; he has no part in the things of God.

Zoroastrianism, a pagan religion of the Far East, has a system of two gods—one who is good and one who is evil. These two gods are locked in a cosmic struggle of good and evil. Christianity really doesn’t come close to that idea; Satan is no god, he is not divine, but he is a created being.

God Did Not Create Satan Evil

The question would naturally arise, “Did God, then, create Satan to be evil?”

The Scriptures clearly answer: “No.” God is too holy to have anything to do with evil. “The LORD of hosts is exalted in justice, and the Holy God shows himself holy in righteousness” (Is 5:16). “Let no one say when he is tempted, ‘I am tempted by God’; for God cannot be tempted with evil and he himself tempts no one; but each person is tempted when he is lured and enticed by his own desire” (Js 1:13-14). “This is the message we have heard from him and proclaim to you, that God is light and in him is no darkness at all” (1 Jn 1:5).

There is no possible way that God could have created Satan evil, for God cannot have anything to do with evil or sin. God is holy, and in his holiness, God is separated from us by sin. “Your iniquities have made a separation between you and your God, and your sins have hid his face from you so that he does not hear” (Is 59:2). If God must turn away from us on account of our sins, how could he have created Satan evil? It simply is not possible.

If God did not create Satan evil, where did sin and evil originate? Scripture does not tell us; the first time we encounter Satan in Scripture he is evil and tempting Eve to sin. In order for Satan to be able to tempt Adam and Eve, there had to be evil in the world.

My opinion is that evil in the abstract has always existed, and any moral creature God made—whether man or angel—was capable of evil. It seems to me that for God to be holy from eternity, there had to be evil from eternity.

Yet, I freely confess that is nothing more than my opinion.

Satan is a Fallen Angel

We are told in Scripture that some angels fell. “And the angels that did not keep their own position but left their proper dwelling have been kept by him in eternal chains in the nether gloom until the judgment of the great day” (Jude 6). “If God did not spare the angels when they sinned, but cast them into hell and committed them to pits of nether gloom to be kept until the judgment” (2 Pet 2:4).

Sure, God could have created the angels without free will, where they had no choice but to obey Him. Yet, just as he did us, God gave the angels free will. Notice what the Lord told the Israelites when he was giving them the Law: “See, I have set before you this day life and good, death and evil” (Deut 30:15). The Lord basically says, “You have a choice: will you obey my word and receive life or will you disobey my word and receive death? The choice is yours.”

So, it was with the angels. They had a decision to make. God really seems to want us to serve Him because we want to serve Him, not because we’re compelled to do so.

Angels are also depicted in Scripture as needing to obey God’s will. “Bless the Lord, O you his angels, you mighty ones who do his word, hearkening to the voice of his word! Bless the Lord, all his hosts, his ministers that do his will!” (Ps 103:20-21). Thus, angels, in order to keep their position in heaven, must obey the will of God.

What happened that caused Satan to fall from his position in heaven? There are some passages which have been applied to Satan’s fall which really don’t fit.

“How you are fallen from heaven, O Day Star, son of Dawn! How you are cut down to the ground, you who laid the nations low! You said in your heart, ‘I will ascend to heaven; above the stars of God I will set my throne on high; will sit on the mount of assembly in the far north.”

Lucifer has become synonymous with Satan because of the King James translation of this text (the Revised Standard Version used in this sermon uses “Day Star, son of the Dawn”). However, the word “Lucifer” only occurs here in Scripture and means “light-bearer” in Latin. Jerome when he translated the Scriptures into Latin used “Lucifer” here and many English translations have followed suit.

However, we need to notice verse 4 of Isaiah 14: “You will take up this taunt against the king of Babylon.” Thus, what many have applied to Satan really applies to the king of Babylon. Notice also Isaiah 14:16-17: “Those who see you will stare at you, and ponder over you: ‘Is this the man who made the earth tremble, who shook kingdoms, who made the world like a desert and overthrew its cities, who did not let his prisoners go home?’”

That certainly sounds like what we’d expect to read about Satan. Yet, notice Ezekiel 28:12: “Son of man, raise a lamentation over the king of Tyre.”

Although I’m inclined to think that these two passages do not refer to Satan because we’re told they refer to the kings of Babylon and Tyre, there are some who say that God is mixing metaphors here. It could be that Satan is so closely connected with the kings of Babylon and Tyre that what applies to one applies to the other. I personally reject that interpretation, but that is a possibility.

We have an interesting tidbit found in 1 Timothy 3:6; discussing the qualifications of elders, Paul writes, “He must not be a recent convert, or he may be puffed up with conceit and fall into the condemnation of the devil.” The Greek is literally “the judgment of the devil,” as the King James translates it.

There are two New Testament passages which could refer to the original casting out of Satan from heaven, but they probably do not.

Jesus said, “I saw Satan fall like lightning from heaven.”

If you notice the context carefully, I think you’ll see that Jesus is referring to the spiritual battle taking place in his day. The seventy-two had just returned with joy because even the demons were subject to them in Christ’s name (Lk 10:17). “Behold, I have given you authority to tread upon serpents and scorpions, and over all the power of the enemy; and nothing shall hurt you” (Lk 10:19).

This is what I think Jesus means here: Demon-possession was a last-ditch effort on Satan’s part to undo God’s work, but Jesus gave his apostles the authority to overcome, they did overcome, and Satan lost his bid to overcome God.

Again, if you look at the context carefully, I think you’ll see that this refers to the great battle between God and Satan that surrounded Christ’s birth. In the Revelation passage, Christ is born prior to Satan’s being cast down to the earth, yet Satan was quite active prior to Christ’s birth. So this passage undoubtedly does not refer to Satan’s fall.

So, what is Satan’s origin? What caused him to fall? Scripture doesn’t tell us, but in Eden we are introduced to Satan. I think we’re not told of Satan’s origin, because God is concerned with man’s redemption and how we can have salvation, and he’s not concerned with answering all the questions we might have.

Here, however, is my opinion, but it is nothing more.

Satan had some authority over the other angels.

We know that now he has some authority—Christians were dead in their sins when they lived “following the course of this world, following the prince of the power of the air, the spirit that is now at work in the sons of disobedience” (Eph 2:2). It seems that the other fallen angels do Satan’s bidding because he had authority over them before his fall.

Satan wanted to have a seat of prestige and honor.

Isn’t that really what he’s after in our lives—doesn’t he really want us to deny Christ and follow him and give him honor? Remember that he even tried to get Jesus to worship him.

Satan, the probable ringleader of the rebellious angels, was cast from heaven along with the other angels, when they rebelled against God’s kingship.

Now, he roams this earth seeking to turn man from God to his own ways.

“Be sober, be watchful. Your adversary the devil prowls around like a roaring lion, seeking some one to devour” (1 Pet 5:8). That’s what we need to know about the devil, not how he came into the picture, but that he stands opposed to us and the things of God now that he is in the picture.

The photo above is used courtesy of FreeFoto.com.