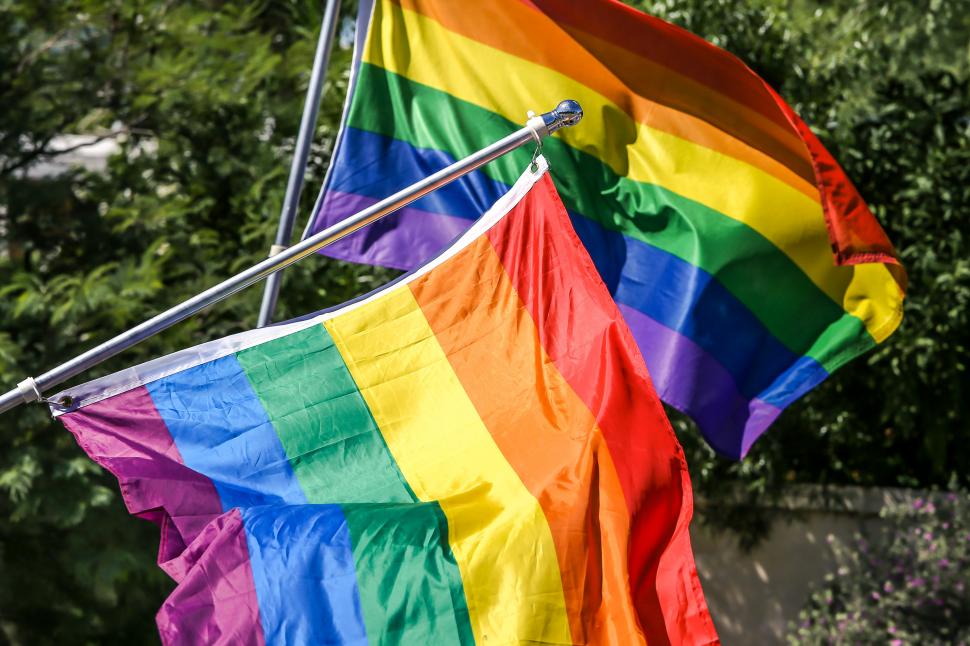 A congregation has been established in Atlanta, Georgia, to serve what its founders claim is the “largest homosexual population in the South.” It is the twentieth local church of the Universal Fellowship of Metropolitan Community Churches described as a “gay denomination.” There are reported to be 150,000 homosexuals in Atlanta, and this church is seeking to serve them.

The gay marriage issue has been brought to the forefront of American society. Gay marriage is legal in the Commonwealth, and will shortly be legal across the country (I personally think that will happen before this year is up).

I’ve mentioned to several of you that I have some issues with the gay marriage debate all the way around. There can be absolutely no doubt but that so-called “gay marriage” is an affront to the sovereignty of God. In the Garden, when Adam was lonely, God caused a deep sleep to come upon the man, He took a rib from the man and made a woman, and brought her to the man. God created marriage, and He created marriage between a man and a woman. Throughout Scripture, you find marriage as between a man and a woman. Proverbs 31:10-11. “If, while her husband lives, [a woman] marries another man, she will be called an adulteress; but if her husband dies, she is free from that law, so that she is no adulteress, though she has married another man” (Rom 7:3). 1 Corinthians 7:2-3.

The claim that Jesus never condemned “gay marriage” is ludicrous. No, I cannot find in Scripture where Jesus utters the first syllable about gay marriage. However, what He says about marriage utterly destroys any idea that our Lord believed gay marriage to be appropriate in any way, shape, or form. When asked about divorce and remarriage, the Lord Jesus spoke of what God did in the Garden: Matthew 19:4-6. Some observations about Jesus’ teaching:

So-called “gay marriage” is not the only unbiblical marriage. I don’t think it was intentional, but when the Supreme Court issued its ruling that opened the flood gates for homosexual marriage, Christians on my Facebook newsfeed were calling the decision an “abomination” and talking about how that decision would lead to the breakdown of the traditional family. Two thoughts:

In tonight’s text, Paul speaks about God’s will regarding homosexuality. Homosexuality was widely accepted in the Roman Empire. Greek men were often bisexual. Greek boys were raised to be homosexual. Even after they were married to women, most Greek men often continued to have sexual relations with men. Many of the gods in that era were homosexual; Nero, the Roman emperor likely on the throne when Paul wrote this Book, was infamous for his homosexual relationships. Thus, the climate of accepting homosexuality has been with us for centuries, and this evening, we desire to turn to Scripture to see what God says about the matter.

“For this reason God gave them up to vile passions.”

What is the “for this reason” that caused God to give up these Gentile homosexuals? Paul tells us at verse 25: They “exchanged the truth of God for the lie, and worshiped and served the creature rather than the Creator, who is blessed forever. Amen.” The “for this reason” refers to the idolatry of the pagans. Some are troubled that Paul would imply that idolatry was the reason for homosexuality. What are we to make of this? For one thing, Jewish texts quite closely connected homosexuality with idolatry. Another thing is that people become like the gods they worship. You know that we are to be a holy people because God is holy. Many of the pagan gods were homosexual, thus the people became like their gods.

But, more pertinent to Paul’s argument, I think, is what he writes in verse 21: “Although they knew God, they did not glorify Him as God, nor were thankful, but became futile in their thoughts, and their foolish hearts were darkened.” Thus, the way Paul connects homosexuality and idolatry is that he says the homosexuals had given up the idea of the true God. So, these individuals decided not to follow the true God–they no longer had His morality and they could, therefore, do whatever they wanted.

How many in the modern homosexual community have abandoned God? How many times do you hear people say something like: “I just can’t believe in a God who would condemn me for the way I live”? They’ve abandoned the true concept of God for their own concept, the same thing the idolaters in Paul’s day were doing. How many times do you hear denominational leaders say something like, “We want to accept everyone in the church, regardless of what they do in their private lives”? They ignore what Paul says in 1 Corinthians 5 where a man in an improper heterosexual relationship was to be disfellowshiped.

Because the homosexuals abandoned God, God gave them up to vile passions. The idea of God’s giving them up seems to imply that God washed His hands of them; they weren’t going to follow Him, there was not anything else he could do, so God said, “OK, go do what you want.”

Just what do we mean by “vile passions”? “Vile” refers to something which is a disgrace. But, passion is not the usual Greek term for sexual lust. The word used here, instead of referring to lust, refers to pleasure. Thus, Paul says that the pleasure in which homosexuals engage is vile. That ought to teach us a very important lesson about life: just because we find pleasure in some activity does not make it right.

“Even their women exchanged the natural use for what is against nature. Likewise also the men, leaving the natural use of the woman, burned in their lust for one another, men with men committing what is shameful.”

Women and men exchanged natural sexual relationships for what was against nature. How is homosexuality unnatural?

Those who engage in homosexual practices go against the natural order as God ordained.

What about the argument from many homosexuals that they are homosexuals as the products of nature? There have been some studies establishing a link between genetics and homosexuality, but the methodology used in some of these studies was seriously flawed. The researchers weren’t always as interested in scientific fact as they were in advancing a political agenda. What if someday scientists were to establish beyond any doubt that homosexuality was truly genetic; they isolated the gene and were able to say, “If this gene mutates, a person will be a homosexual”? Will that destroy Paul’s argument? No, not one bit.

Homosexuals received “in themselves the penalty of their error which was due” (Rom 1:27).

“Penalty” in Greek originally meant “exchange.” The idea is that you would take one thing and exchange it for another; at Christmas, if you get a gift you don’t particularly like you can take it to the store and exchange it for something else. The meaning of penalty here is really the same as exchanging an unwanted gift at Walmart; you “trade in” the behavior and you get a punishment for it. It is the idea of recompense, getting paid back for evil behavior.

This penalty was “in themselves.” What did Paul mean by this? We, because of all the diseases easily passed through promiscuity, tend to think of the penalty as some disease. That’s possible, but I don’t really think it’s likely here. Paul, it would seem to me simply means to say that the pagan homosexuals were punished, without any intention of making this a specific judgment.

Although homosexuals have abandoned reward and will be punished, we dare not think that homosexuality is worse than any other sin. If we persist in any sin, God will punish and punish severely.

Some of us–myself included–have probably felt a little uneasy with this sermon.