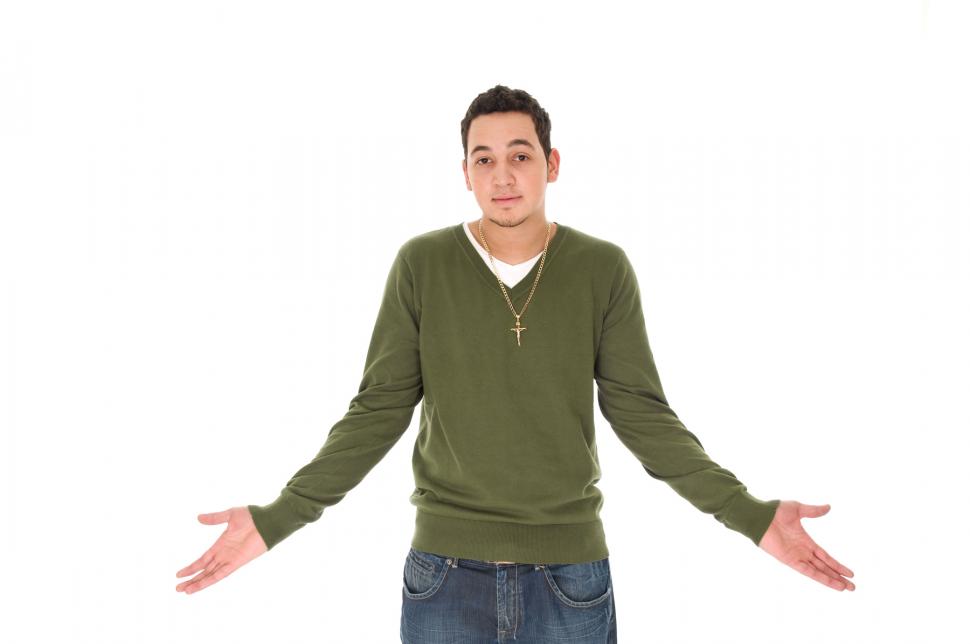 Thomas Wentworth carried a document signed by King Charles I which read, “Upon the word of a king you shall not suffer in life, honor, or fortune.” Shortly thereafter his death warrant was signed by the same monarch. Wentworth’s last words were: “Put not your trust in princes.”

Paul knew that he could put no trust in princes or anyone else, for that matter. Paul had been severely burned by people, and he knew that men could simply not be trusted. Shortly after his conversion, Paul was the subject of a murder plot: “He spoke boldly in the name of the Lord Jesus and disputed against the Hellenists, but they attempted to kill him” (Acts 9:29). To the Corinthian church, Paul had to defend himself against so-called “super apostles,” who apparently claimed to have more knowledge and ability than he: “I consider that I am not at all inferior to the most eminent apostles. Even though I am untrained in speech, yet I am not in knowledge. But we have been thoroughly manifested among you in all things” (2 Cor 11:5-6). Throughout his ministry, Paul dealt with both persecution–finally being put to death–and heretics among churches he planted.

Paul knew, therefore, that men could not be trusted, but that God could be trusted. In this evening’s passage, Paul speaks of the truth that he has in God. Paul’s trust in God is so complete that he has “Confidence in Nothing.”

In these verses, Paul definitely seems to picture the final judgment. In fact, the Greek term for “bring any charge” is a technical term for charging in court. So, Paul pictures God on His throne, our standing before Him waiting to be condemned, and no one coming forth to bring a single charge against us. Let us notice how Paul paints that picture.

Paul says, “If God is for us, who can be against us?” If God, the judge, is on our side, it’s not going to do any good for someone to oppose us at judgment; things are fairly well settled seeing that God is on our side. The Old Testament often spoke of God as being “for” His people–“When I cry out to You, Then my enemies will turn back; This I know, because God is for me” (Ps 56:9).

God gave His Son up for us all. Let’s remember where else in Romans we read about something being given up: Speaking of the Gentiles, Paul writes, “God also gave them up to uncleanness, in the lusts of their hearts, to dishonor their bodies among themselves” (Rom 1:24). The Greek term is the same: Just as God gave the Gentiles up to their lusts, God gave up His Son for everyone. What this says is that God’s giving up His Son is the answer to His giving up the Gentiles. In other words, although the Gentiles were extremely sinful, all is not lost, for Jesus died for them.

God washed His hands of the Gentiles and gave up on them. Aren’t there times that we’re tempted to do that with others, or perhaps even with ourselves? If someone severely disappoints us, we might be tempted to think, “He’ll never amount to anything.” If we severely disappoint ourselves, we might be tempted to think, “I’ll never amount to anything. I might as well not even try.” But, the message of the cross is that we don’t need to give up on ourselves or anyone else. God gave up His Son that we might not have to give up.

Who will bring any charge against those whom God has chosen? It is God who justifies. As I’ve already mentioned, “charge” means to bring legal charges against a person. When we stand before God in judgment, no one will be able to bring legal charges against us, for God justifies. To justify basically means “to make right”; God makes us right before Him. “By Him everyone who believes is justified from all things from which you could not be justified by the law of Moses” (Acts 13:39). “Having been justified by faith, we have peace with God through our Lord Jesus Christ” (Rom 5:1).

“Justifies” is in the present tense. The present tense denotes continual action in the present; thus, God is constantly making us right before Him. “If we walk in the light as He is in the light, we have fellowship with one another, and the blood of Jesus Christ His Son cleanses us from all sin” (1 Jn 1:7). As we strive to do right, Jesus’ blood continually makes us right before God.

Who is he who condemns? It is Christ who died, and furthermore is also risen, who is even at the right hand of God, who also makes intercession for us. Since God continually justifies us, who is going to condemn us? Obviously, no one, but Paul provides another reason we cannot be condemned: Jesus died and was raised and intercedes for us at God’s right hand.

There is no one who can charge us with wrongdoing before the Almighty, for God justifies us and has given His Son to die for us. “There is therefore now no condemnation to those who are in Christ Jesus” (Rom 8:1). God could send every one of us to hell if He so desired. Our sins are grievous and many. God could use any one of those sins to damn us to hell for eternity. Yet, when we stand before God in that judgment, there’s not going to be anyone to step forward and charge us with wrong. There is no condemnation for those who are in Christ Jesus.

“As it is written, ‘For Your sake we are killed all day long; We are accounted as sheep for the slaughter.'” This quotation comes from Psalm 44:22. Jewish rabbis commonly took this passage and applied it to martyrdom in the first century. Considering that Paul was receiving rabbinical training before his conversion, Paul probably intends us to think of martyrdom here. His point is to say that even if we are killed for our faith we cannot be separated from the love of Christ.

Corrie Ten Boom was at the Nazi death camp Ravensbruck where roll call came at 4:30 every morning. Most mornings were cold, and sometimes the women would be forced to stand without moving for hours in the bone-chilling pre-dawn darkness. Nearby were the punishment barracks where all day and far into the night would come the sounds of cruelty: blows landing in regular rhythm and screams keeping pace. But Corrie and her sister Betsie had a Bible, and at every opportunity, they would gather the women together like orphans around a blazing fire, and read Romans 8. Corrie later wrote: “I would look about us as Betsie read, watching the light leap from face to face. More than conquerors. It was not a wish. It was a fact. We knew it, we experienced it minute by minute in an ever-widening circle of help and hope. Life at Ravensburk took place on two separate levels. One, the observable, external life, grew every day more horrible. The other, the life we lived with God, grew daily better, truth upon truth, glory upon glory.”

Paul was convinced that neither death nor life, neither angels nor demons, neither the present nor the future, nor any powers, neither height nor depth, nor anything else in all creation could separate God’s children from His love. “I am convinced” is in the perfect tense in Greek. The perfect denotes an action which occurred in the past, but the effects of that act are still felt in the present. What Paul is really saying is this: “I have been convinced in the past of God’s love and I remain convinced of it.” Undoubtedly, what Paul means is that through all his persecutions and through all his hardships that nothing could separate him from God’s love. Therefore, he knew beyond any doubt that nothing in the future would separate him from God’s love. Have we not been similarly convinced of God’s love? Haven’t we noticed through the hardships we’ve endured that God still loves us, that God still cares, and that God still provides for His people?

Paul gives a whole list of opposites which shall not separate us from God’s love. His point is that nothing–whether it be good or ill–shall ever separate us from God’s love. Regardless of what transpires in our lives, we can know that God loves us deeply. Years ago, Dr. Arthur John Gossip preached a sermon titled “When Life Tumbles In, What Then?” on the day after his beloved wife had died suddenly. He closed with these words: “I don’t think you need to be afraid of life. Our hearts are very frail, and there are places where the road is very steep and very lonely, but we have a wonderful God. And as Paul puts it, ‘What can separate us from His love? Not death,’ he writes immediately. No, not death, for standing in the roaring of the Jordan, cold with its dreadful chill and very conscious of its terror, of its rushing, I, too, like Hopeful in Pilgrim’s Progress, can call back to you who one day in your turn will have to cross it, ‘Be of good cheer, my brother, for I feel the bottom and it is sound.'” The bottom is sound, because God loves us so richly and deeply that nothing can separate us from His love. Though, what about your love for Him? Are you demonstrating that love as you ought?