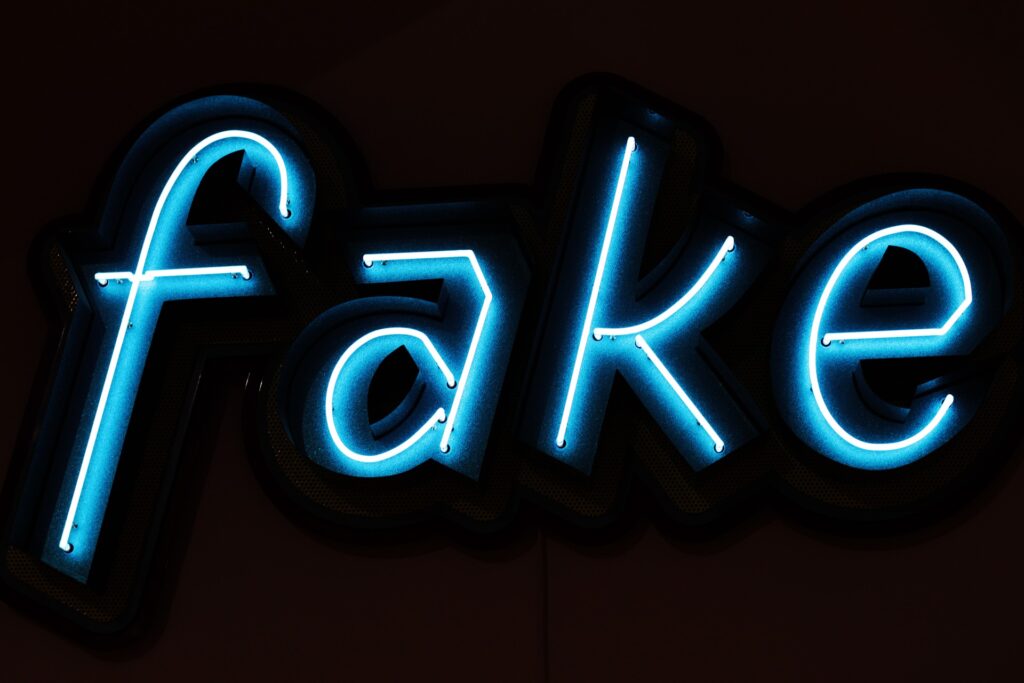 Welcome to Harrington University. Also known as The University of San Moritz, University of Palmer’s Green and University of Devonshire, among other names. At Harrington, the campus is small, the class schedule very convenient (as in, no classes at all), and a Ph.D. will only take you 27 days and a few thousand dollars to earn. No transcript for a previous institution is necessary. Instead, you get full credit for you “life experience.”

Harrington University is (or was, until it was shut down in 2003 by the US Federal Trade Commission and British authorities) a “diploma mill” – an online “university” selling bogus but authentic-looking-and-sounding bachelor’s, master’s, and doctoral degrees. Harrington’s “campus” was the residence of an American living in Romania with mail drops in the United Kingdom, printing services in Jerusalem, and baking operations in Cyprus. By 2002, some 70,000 Harrington degrees had been “granted,” earning the operator more than $100 million.

What happens when someone earns bogus degrees? Take the case of Marion Kolitwenzew, for example. When she found out her daughter was diabetic, she took her to a specialist for treatment. He seemed like the real deal, with a wall full of diplomas and an office stocked with medical supplies. When Marion followed the “doctor’s” advice and took her daughter off insulin, she quickly became violently ill and died. The “doctor” was sentenced to 15 months for manslaughter and practicing medicine without a license. His wall was adorned with counterfeit credentials.

In talking about faith that is genuine and not fake, Paul holds up Abraham as our example. In writing about Abraham, Paul says that Abraham was justified by faith, not by works. Many religious leaders and theologians of the past have advocated from this passage, and others like it, that man only needs to believe God to be right before God. I trust you understand that carries this concept to an extreme unwarranted from an examination of the Scriptures.

However, on the other hand, I fear that many of us – because we know faith is not the only requirement for salvation – have failed to consider fully what the apostle wrote here. I don’t want us to go to that extreme, either. What I seek to do this morning is to peel away all the layers which have been added to this passage through the years and seek to understand this text as God intended us to understand it.

First, let’s recall the context which necessitated Paul write these words. The Roman church was composed of both Jews and Gentiles, and these two groups were clashing—both claimed superiority over the other.

Paul establishes in Romans 1:18-3:20 that Jew and Gentiles alike stand condemned because of their sin. He sums up that argument in 3:19 – “What shall we conclude then? Are we [Jews] any better? Not at all! We have already made the charge that Jews and Gentiles alike are all under sin.” In telling the Jews that Gentiles can be saved just as easily as they, Paul says, “We maintain that a man is justified by faith apart from observing the law”‘ (Rom. 3.29).

In other words, Paul tells the Jews who wanted to compel the Gentiles among them to be circumcised and keep the Law of Moses, “You don’t have a right to force them into circumcision or in law-keeping, for justification – being right before God – does not come through the Law.” In showing that justification comes through faith rather than the law, Paul holds up Abraham as an example. In so doing, he tells us about genuine faith:

There is No Boasting with Genuine Faith, vv 1-3

If Abraham received justification through works, he had reason to boast. We remember so many of Abraham’s good works – from his abandoning of his idols. from his leaving his homeland, from allowing Lot to choose the best land on which to shepherd his flock, from believing that Sarah would conceive at a great age, from attempting to sacrifice Isaac.

Had God looked at all those good works and granted Abraham’s salvation on the basis of them, Abraham would have had reason to glory in them. He could have gone to Sarah or Hagar or Lot or Isaac, and say, “Hey, look at all these good things I’ve done. God had no choice but to forgive my sins.”

But, the text says he could not have boasted before God. He could never have gone before God and said, “God you did the right thing when you forgave my sins, for I deserved it.”

Why? Salvation at no time in the history of God’s dealing with man had rested upon man’s goodness, but rather on God’s grace. That’s the whole idea of grace, mercy God gives but that we do not deserve. “If by grace, then it is no longer by works; if it were, grace would no longer be grace” (Rom. 11:6). In other words, if we earn our right standing before God, it’s not grace.

Paul then quotes from Genesis 15:6 – “Abraham believed God, and it was credited to him as righteousness.” In Genesis 15, we find God’s promise to make of Abraham a great nation. When God spoke, Abraham believed, and God took that faith and made Abraham right before him.

The timing of this credit to Abraham is interesting. God accepted Abraham as justified before Abraham was circumcised. We read of this encounter between God and Abraham in Genesis 15, but we read of Abraham’s circumcision in Genesis 17. Paul also makes this point – “Under what circumstances was it credited? Was it after he was circumcised, or before? It was not after, but before!” (v. 10).

God accepted Abraham before he sacrificed Isaac. Abraham’s willingly laying his son on the altar to slay him before God is one of the greatest testaments to trust and obedience we have in all of human history. But, God doesn’t wait until then to give Abraham justification, but he gives it based upon Abraham’s faith.

However, the timing of Abraham’s faith is very important. In Genesis 17, God comes to Abraham and says, “You, Ishmael, and every male in your household shall be circumcised.” What did Abraham do? “On that very day [the day God appeared to him] Abraham took his son Ishmael and all those born in his household or bought with his money, every male in his household, and circumcised them, as God told him” (Gen. 17:23). What if Abraham had said, “God, you want me to do what?!?! There’s no way I’m going to be circumcised”? Do you honestly believe God would still have considered him righteous? Why did Abraham have himself and every male in his household circumcised? Because he believed God – that faith came alive through obedience.

In Genesis 22, God comes to Abraham and says, “You take Isaac to a mountain I’ll show you and you sacrifice him there.” What did Abraham do? Hebrews 11:17-19. What if Abraham had said, “Lord, this boy is his momma’s only child. It’ll break her heart if I sacrifice him”? Do you honestly believe God would still have considered Abraham as righteous?

So, it is with us. Why do we believe baptism, for example, to play such an important role in obtaining forgiveness? Because that’s what God says through Scripture, and accepting what God says through Scripture is the essence of faith. I’ve baptized many people. But I have never seen the blood of Jesus in that water to remove a person’s sins. I have never seen a person’s sin being removed as I lower them in the water. We believe that’s what occurs, for that’s what the Scriptures teach. That’s faith.

Additionally, why have we who are in Christ responded by putting away our sins and submitting to baptisms? Did those very acts not come about because we believed what God had said?

There is No Obligation with Genuine Faith, vv 4-5

When a man works, his wages are not credited to him as a gilt, but as an obligation. When you punch that time clock in the morning, you expect to receive compensation for your labor. Paul says that’s only right- when you work, you receive compensation. No gift, no generosity, no reward, but what you have duly earned.

It is an obligation for an employer to pay his or her employees. The government won’t let you not pay your employees – Not only do you have to report what you pay your employees at the end of the year, but most employers must give their workers minimum wage. The employer, in other words, owes his employees.

That’s not the case with us and God; he does not owe us heaven for what we have done. Paul frames his argument like this “To the man who does not work but trusts God who justifies the wicked, his faith is credited as righteousness.” There is absolutely nothing we can do to earn eternal life. “It is by grace you have been saved, through faith – and this not from yourselves, it is the gift of God – not from works, so that no one can boast” (Eph. 2:8-9).

Where does this leave us as Christians? Should we stop obeying God because we are justified by faith, not by works? Paul knew that many who read his words might reach that conclusion; therefore, he urged his readers to work all the harder.

Romans 6:1-4. There are a couple important points in that text:

Romans 12:1-2. Paul there urges us by God’s mercy – his grace – to offer ourselves as living sacrifices. Can we just say, “We’re justified by faith, not by works, so we don’t need to obey God”? Paul says, “Offer you bodies as a spiritual sacrifice to God.” Law comes into play here, for how can we know how to offer our bodies to God unless there is a moral law under which we live? In other words, we have actions – works – we must do to please God.

What, then, does justification by faith, not by works mean? Faith is absolutely essential to our salvation – we cannot be saved without it. “Without faith it is impossible to please God” (Heb. 11:6). We can do everything God requires, but without faith God will not view us as justified.

Do you believe God? Do you need to come this morning and express that faith you have?