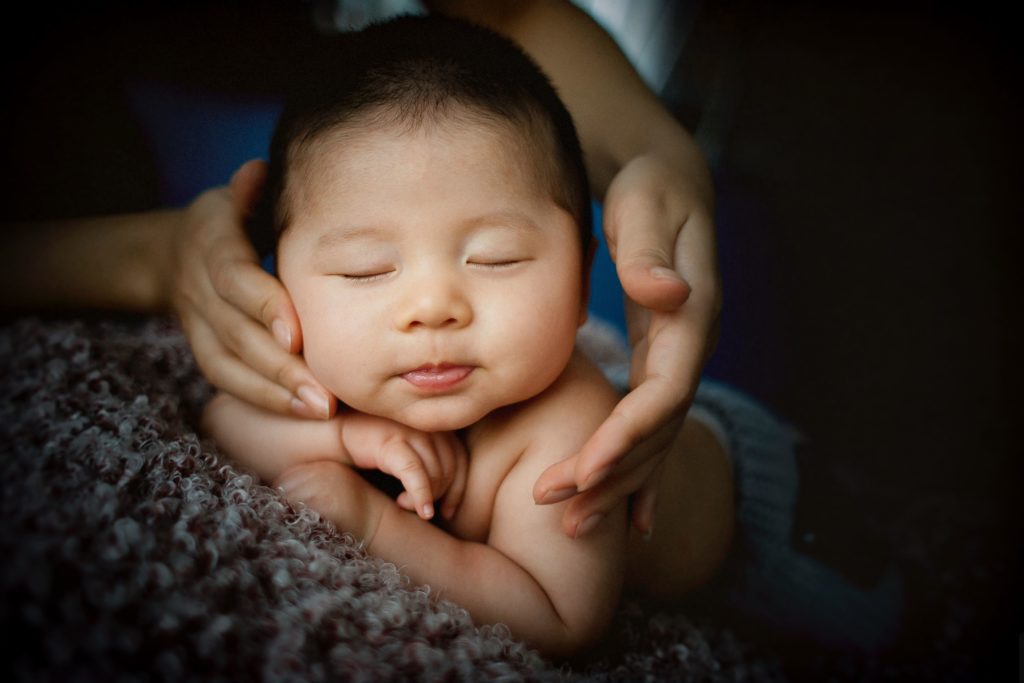 There were certain privileges and responsibilities to being the son of Randy Imel.

Being Dad’s son meant that I had to act a certain way. There were times that I would have liked to engage in certain activities, but I was terrified my father would find out. When I was in high school, I went on an overnight trip to a state convention for one of the clubs I was involved in. Many of my friends brought alcohol on that trip, and I could have had all the alcohol I wanted.

I wish this morning that I could stand here and say that I refused that temptation simply because I knew it wasn’t right, that I had turned to Scripture and said, “Thus saith the Lord.” No, I refused to participate because I knew as soon as I did, I’d get caught, my daddy would find out, and there’d be nothing left of me but a grease spot in the floor. Today, I am so very grateful that my father instilled that fear in me, because I don’t know where I’d be today if it weren’t for that.

At the same time, I had some privileges being Dad’s son.

I was able to get a half tuition scholarship at college because I was the dependent of a fulltime preacher.

When I left youth ministry, I got my first fulltime preaching job on the basis of my last name. The church was just a few miles from where I was raised. No one in that congregation really knew me before I interviewed with them, but they all knew my father. They didn’t even interview anyone else.

I have no doubt but that many of you could tell comparable stories. Maybe there were times Satan tempted you sore, but you held firm because you feared a discovery by your parents. Maybe you were blessed with a job or a promotion on the basis of your last name. Maybe there were other blessings you experienced because you were the son or daughter of your father.

This morning, we’re interested in seeing Jesus as our Lord.

As we see Jesus as Lord, Paul drives home a single point: “Jesus Christ is the Son of God.”

You might be thinking, “Justin, if you’re going to talk about Jesus as the Son of God this morning, you’re wasting time and energy. We’ve known that since we were knee high to a duck.” I understand that. Paul was writing to Roman Christians who fully understood that “Jesus Christ is the Son of God.” Paul emphasizes that fact to the Roman church and he tells them what it means. This morning, we wish to drive home the fact that “Jesus Christ is the Son of God” and then see how that truth impacts our lives.

Paul is a “bondservant of Jesus Christ.”

In Roman society, the slaves of important people were in a higher social class than a mere commoner. In fact, the emperor’s slaves were among the highest ranking people in the Empire. Paul here uses his position as a “bondservant of Jesus Christ,” not to boast about his position, but to establish his authority.

The very idea of slavery, of course, is that someone owned someone else. As a “bondservant of Jesus Christ,” Paul is owned by Jesus Christ. I think Paul’s point is to say, “This book and its contents aren’t necessarily my idea. I write as I do because I belong to Jesus.”

Paul is “called to be an apostle.”

Paul has been “separated to the gospel of God.”

Paul was once a persecutor of the church of God, but as a testimony to the power of the gospel, God separated him from that and made him an apostle. No longer could Paul live in his former sins, but he had been separated from them and made useful in the kingdom of God.

The promises concerned Jesus Christ our Lord. The idea of Jesus as “Lord” goes right back to the idea of being His bondservant. He is our Master, our Lord, our Sovereign—It is He to whom we owe our obedience.

Jesus “was born of the seed of David according to the flesh.”

The Greek word really points to a change in nature. Jesus always was, but He had a “change in nature” when He was conceived of Mary. As God, Jesus has existed from eternity. “But you, Bethlehem Ephrathah, Though you are little among the thousands of Judah, Yet out of you shall come forth to Me The One to be Ruler in Israel, Whose goings forth are from of old, From everlasting” (Micah 5:2). “In the beginning was the Word, and the Word was with God, and the Word was God. He was in the beginning with God” (Jn 1:1-2).

Jesus was declared to be the Son of God with power by the resurrection from the dead.

Jesus’ birth according to prophesy said that He is the Son of David; Jesus’ resurrection with power establishes that He is the Son of God. Throughout His ministry, the Father gave His stamp of approval to the Son. Yet, when He raised His Son from the dead with great power, that settled the issue once and for all.

There was great power in the resurrection of Jesus Christ. Who here could raise someone from the dead? You don’t have that type of power! There was a great earthquake as an angel rolled that stone away (Matt 28:2) and the once dead body of my Lord came forth! If that’s not great power, please tell me what is!!

As Jesus came forth from the humiliation of the tomb to the glory set before Him, the Father declared, “This is My Son!”

We received grace and apostleship. Paul’s speaking of himself in the plural here. He received God’s grace for that old way of life and became a great man of God.

“For the obedience of the faith.” Believing the truth of God means that we obey that truth.

How do we take such a truth and make it relevant today? Paul helps us a great deal.

One: Understand you are “a bondservant of Jesus Christ.”

Because Jesus came to this earth, suffered and died for you and was raised back to life, if you are in Jesus, you are His servant; you belong to Him.

We sometimes hear people say that they will do whatever they want with their lives. God has given them the free will to make that decision.

However, if we are in Jesus, we are His servants, and we are to follow His will, not our own. “I beseech you therefore, brethren, by the mercies of God, that you present your bodies a living sacrifice, holy, acceptable to God, which is your reasonable service” (Rom 12:1). 1 Corinthians 6:19-20.

Were those thoughts and actions consistent with being “a bondservant of Jesus Christ”? If not, what are you going to do about it? How are you going to change to bring your thoughts and your life into subjection to the will of God? If you need help, the elders and I stand ready to help in any way that we can!

That’s one of the great teachings of this text. God promised to send His Son into the world, and He did so.

Whatever God has said, God will do. “In hope of eternal life which God, who cannot lie, promised before time began” (Titus 1:2). Every good thing God has promised, He will perform—He will be with you in the struggles of life, He will forgive the sins of His people as we walk in the light, He will hear our prayers, and He will provide us a home in heaven. Every severe thing God has promised, He will perform—He will cast the workers of iniquity into outer darkness, He will destroy this world, and He will call all of humanity to stand before Him in judgment.

When God has spoken, the issue is settled. God keeps His promises.

Three: Understand that God will raise His people from the dead.

Jesus was raised from the dead with great power. One day, God will use that great power to raise everyone from the dead: 1 Corinthians 15:21-22. On that great day, all my sicknesses, all my pain, all my heartaches, and all my disappointments will melt away in that heavenly morn!

Is that the hope you have this morning? Do you need to come to Jesus and claim that hope?